"In these days we are talking about flying cars, but these people have been using just a plain stick." 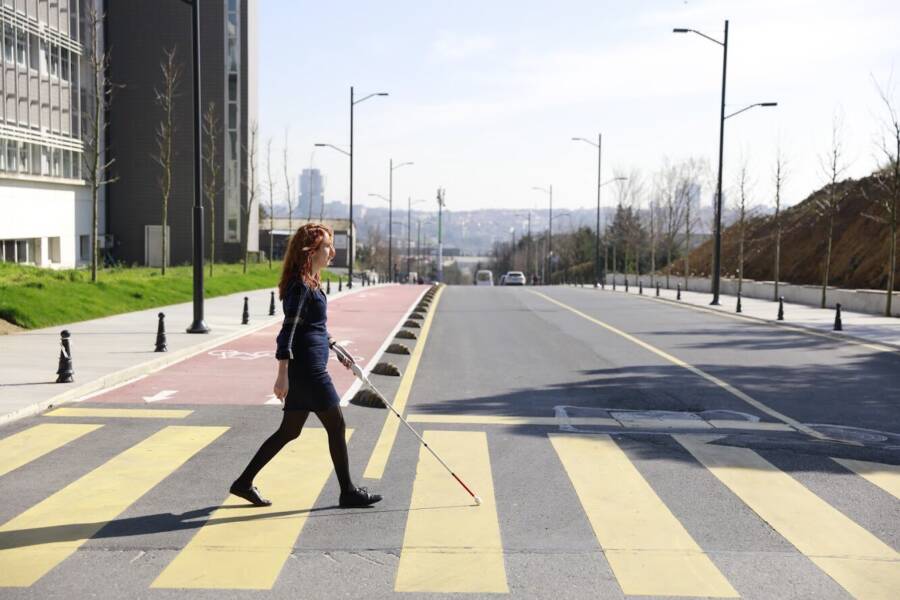 Over 217 million people in the world are severely visually impaired or blind. This is also a world of continuous technologization, but it is somewhat surprising that high-tech assistance for the visually impaired took so long. Now, there’s a Bluetooth-enabled “smart cane” for the blind called WeWALK — and its goal is to completely transform the way the visually impaired navigate their world.

The WeWALK is a touchpad attachment that can be fastened to any cane, transforming it into a smart cane. It uses ultrasonic sensors to warn the user of nearby obstacles by vibrating the handle. These sensors detect not only ground-level hindrances but also objects hanging down at head or chest level.

It also features a USB input that can be used to charge the battery, with one full charge lasting up to five hours of usage time.

This smart cane can be paired with most Android and iOS-based smartphones, which means it can integrate with applications like Google maps for personalized step by step directions. It can also pair with ride-share apps like Uber and Lyft.

The smart cane can thus help those with visual impairments to more easily and independently travel, especially in big cities. 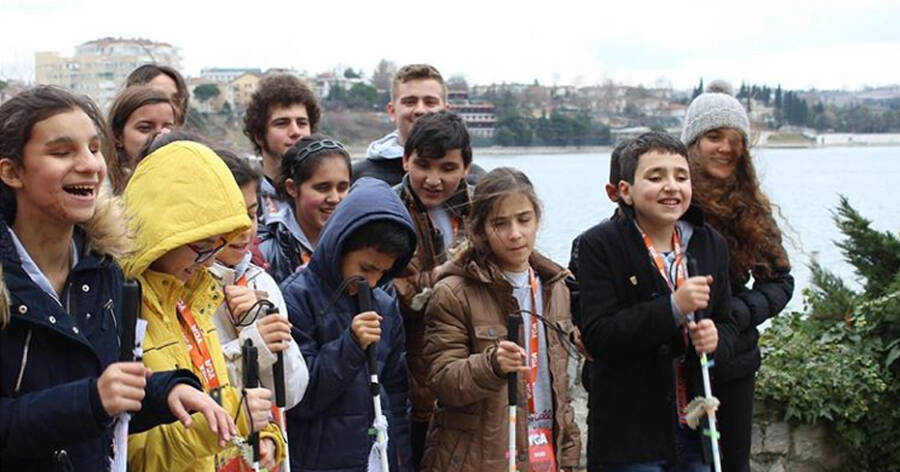 Additionally, the WeWALK smart cane has a built-in speaker and microphone that works perfectly with Amazon’s Alexa. Plus, any new features will only require a regular software update to access. The possibilities are nearly endless for this open-platform software.

WeWALK raised over $94,000 within 48 hours of crowdfunding in its home country of Turkey. An Indiegogo page for the tool has raised in excess of an additional $54,000. These funds are being used to deliver advanced assistive technology to those in need. The affordability of the cane can be a challenge, as low income constitutes a majority of the visually impaired. 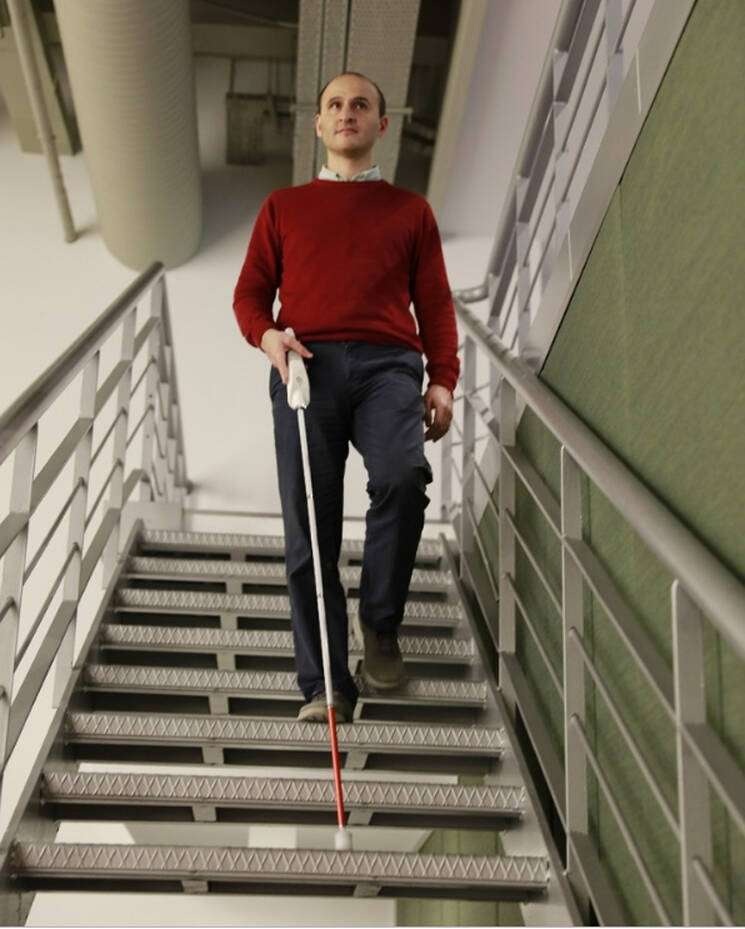 But perhaps the most impressive aspect of this groundbreaking tool is how it came to be.

The co-founder of WeWALK, Kürşat Ceylan, is visually impaired himself. Blind since birth, the engineer knew that connecting a cane to the internet would greatly improve the quality of living for those with little or no eyesight.

“In these days we are talking about flying cars,” Kürşat told CNN, “but these people have been using just a plain stick…As a blind person, when I am at the Metro station I don’t know which is my exit…I don’t know which bus is approaching…[or] which stores are around me. That kind of information can be provided with the WeWALK.”

Ceylan is also the CEO and co-founder of Young Guru Academy, a Turkish nonprofit established in 2000 intended to support future leaders who combine compassion with innovation, and he has also engineered more than just the smart cane to assist the visually impaired.

The WeWALK is expected to help the visually impaired to engage more fully with their surroundings.

In 2011, Ceylan helped to develop the smartphone app My Dream Companion which allows the blind to access several assistive technologies in one place.

These include access to audiobooks and magazines, indoor navigation such as subway stations and shopping centers, and a cinema enhancer.

The cinema enhancer app is particularly interesting as it provides an audio description of the silent scenes in movies with descriptive text. It works similarly to the Shazam music identification app. 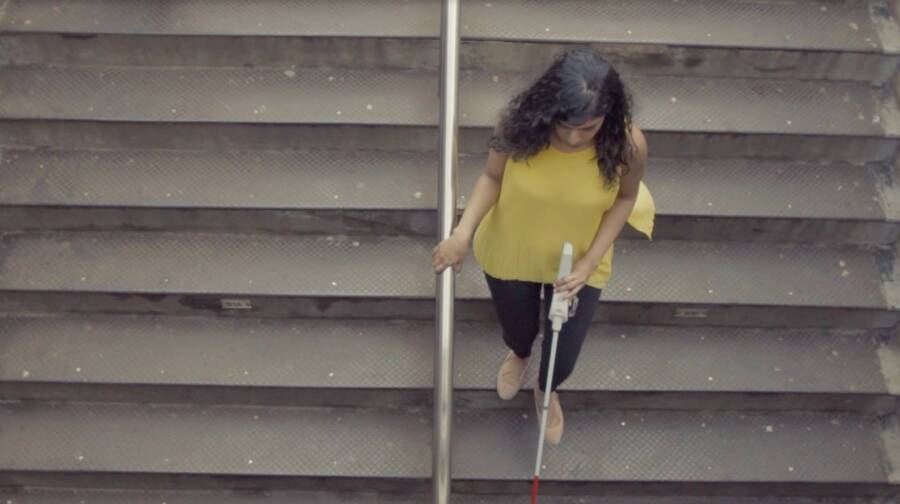 WeWalk / Facebook The smart cane assists the blind through use of Google Maps and sensors.

The WeWALK does more than to assist in navigation, however. It also allows the user to fully engage with their surroundings. As Ceylon stated on the company’s blog, “full and equal participation in social life is an indispensable right for everyone.”

When the visually impaired have to focus a bit less on their surroundings, they can more freely socialize. The simple idea that expanding the amount of information a blind person can garner from their surroundings could be a virtual game-changer.

While there is at least one other smart cane besides the WeWALK, there are other technologies available to better assist the blind. 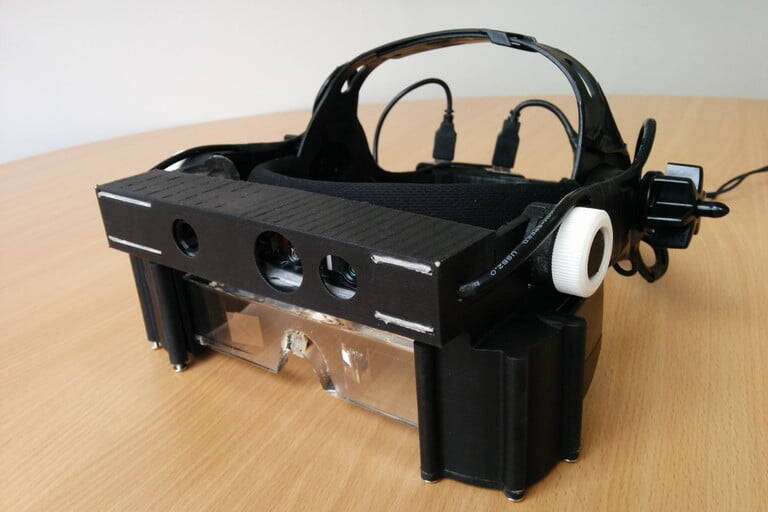 Digital Trends / Dr. Stephen HicksAssisted-vision smart glasses are another way that technology is helping the blind the navigate their world.

Currently, engineers are working on assisted-vision smart glasses because the majority of visually-impaired people still have some remaining sight. “What we’re trying to do with the project is produce a pair of glasses that can enable someone who has got very little sight to allow them to walk around unfamiliar places, to recognize obstacles, and to get a greater independence,” Dr. Stephen Hicks from the University of Oxford told Digital Trends.

The folks at the MIT Media Lab have also created a chunky ring device called the FingerReader which is capable of detecting and interpreting 12-point printed text. The user simply has to scan their finger across the text and the ring will read it back to them aloud in real-time. 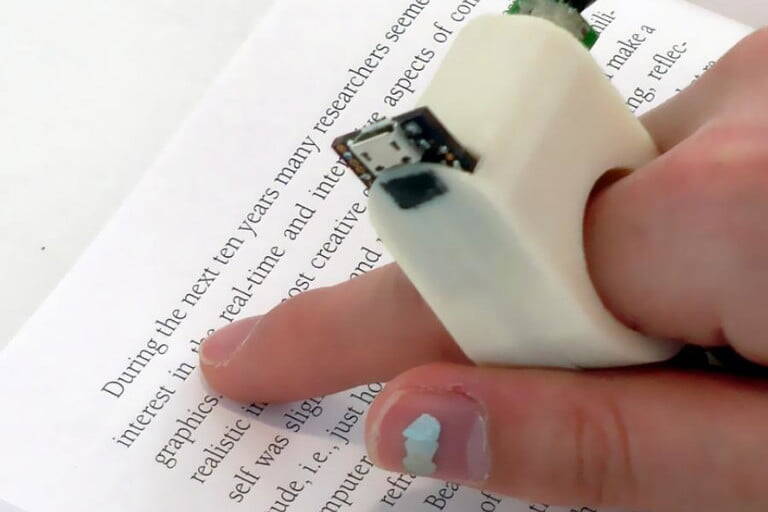 Digital Trends / Via MITThe FingerReader by the MIT Media Lab.

The WeWALK is currently available for purchase on its website for $499.

Next, read about how a Google smart home device prevented a domestic abuse tragedy. Then, learn about the blind man who summited Mount Everest.