More than 36,000 pups are expected to be born on Bogoslof Island this year. 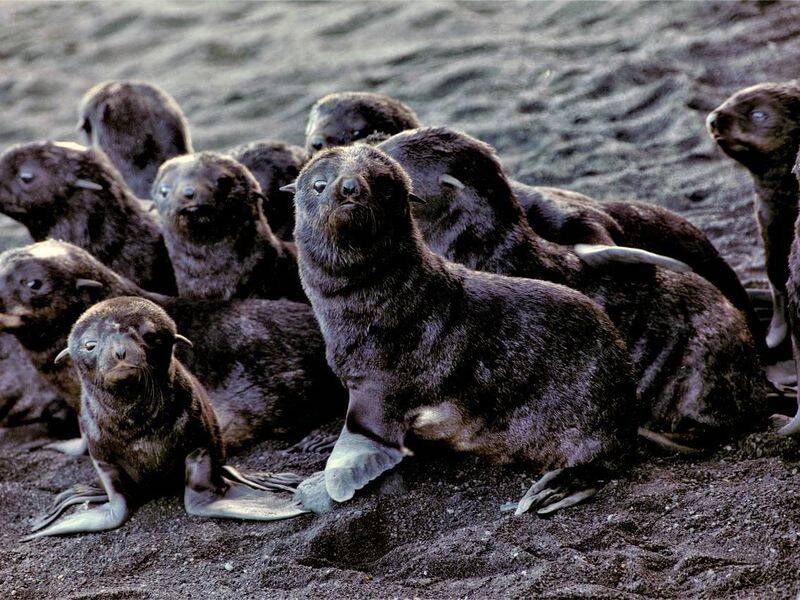 NOAATens of thousands of northern fur seal pups are being born every year on the island.

On a remote island in the eastern Bering Sea, something peculiar has happened. Tens of thousands of baby seals are being born every year on Bogoslof Island, a tiny patch of land in Alaska’s Aleutian Islands – which also happens to be the tip of an underwater active volcano.

After decades of being hunted for their luscious coats by North American and Russian commercial traders, the northern fur seal population had struggled to bounce back. Their species, which typically inhabits Pacific Ocean waters from California to Japan, has been classified as “vulnerable” by the International Union for Conservation of Nature for at least two decades.

Which makes their growing population on an active volcano — which erupted as recently as 2017 — all the more remarkable.

The animals were first spotted on Bogoslof Island by contemporary scientists in 1980. The animals mostly used the rocky island as a temporary hangout, but in recent years they’ve started breeding on the island as well.

According to the Associated Press, biologists estimated an annual growth rate of just over 10 percent to approximately 28,000 pups on the island in 2015. More than 36,000 pups are expected to be born on the island this year.

The ‘resurrection’ of fur seals on another sub-Antarctic island, South Georgia Island.

California northern fur seal population is estimated at about 14,000, while an unknown number live in Russian waters.

Although the island is not an entirely unusual spot for northern fur seals to inhabit, scientists are stumped as to why these seals are making the volatile volcano island their new home instead of the other uninhabited Aleutian Islands.

Bogoslof Island — also known by its indigenous names, including Agashagok, Tanaxsidaagux, and Agasaagux — is the very tip of a mostly-underwater volcano, and is only about half a square mile in area. The center of the island supports a field of fumaroles — openings that spew hot gas — that roar “like jet engines,” boiling mud pots, and hot geysers that spray up several feet high, according to geophysicist Chris Waythomas.

The last eruptions from the volcano were in 2016 and 2017, which left the island covered in rock, debris, and killed all of its vegetation.

“The surface is covered with these big, ballistic blocks, some as big as 10 meters [33 feet] in length that were exploded out of the vent,” said Waythomas. “They litter the surface. It’s pretty wild.”

Bogoslof Island has been around since at least the 1760s, when a couple of Russians observed it on a voyage to North America. Decades later, people living on nearby islands noted “persistent fog” hovering over it. An Aleut man attempted to reach the island to hunt sea lions there, only to return “in the utmost terror and astonishment” after finding that the surrounding waters were literally boiling.

So why are the northern fur seals choosing to give birth on this wild volcano island? Scientists are stumped.

Tom Gelatt, a fisheries biologist with the National Oceanic and Atmospheric Administration, hypothesized that one of the reasons behind the northern fur seals’ dense population on the island is convenience. The seals come to hunt in nearby deep waters, which are abundant with squid and smoothtongue fish — both favorite foods. This allows nursing mothers to wean larger pups faster than seals living on islands farther away.

Bogoslof is also far closer to their winter feeding grounds south of the Aleutians, reducing the risk of new pups suffering through the Bering Sea storms to reach the grounds. 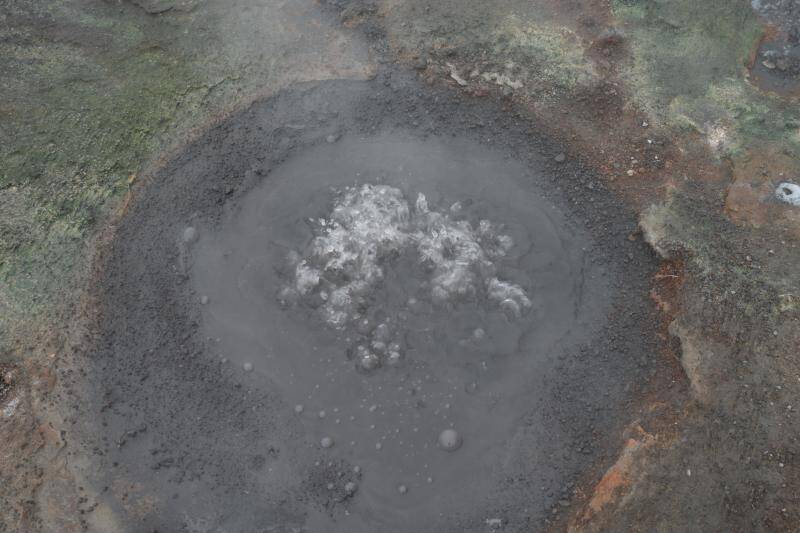 Alaska Volcano ObservatoryBogoslof is covered in boiling hot fumarole which are openings in the land that emit gas.

But the seals may be putting themselves at greater risk, as there are signs that they’re drawing unwanted predators to the waters surrounding Bogoslof.

“That first summer we saw a lot of pups on the beach learning how to swim,” Waythomas said. “At the same time, we saw killer whales in the area teaching their pups how to hunt.”

Scientists believe a number of factors have contributed to the northern fur seals’ struggle to bounce back even after the end of the commercial fur trade. Today, these animals are still contending with disease, killer whales, environmental changes, and commercial fishing fleets while hunting food.

Climate change, in particular, could wipe out their new home in one fell swoop.

“A couple of big storms could remove a lot of the island,” Waythomas said. “We don’t know how long it will stay like that.”

After reading about the resurgence of northern fur seals on the volcanic island of Bogoslof, read how scientists are trying to figure out why the world’s most powerful active geyser keeps erupting. Then, check out the astounding beauty of the Northern Lights.