Luisa Cutting was on Xanax, Adderall, cocaine, alcohol, mushrooms, and marijuana when she butchered her best friend. 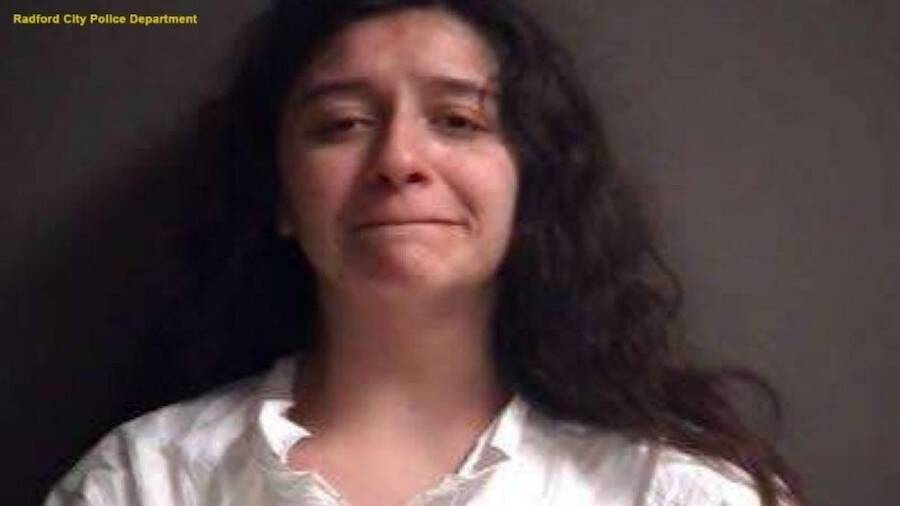 Radford City Police DepartmentLuisa Cutting was sentenced to 20 years for her crime.

Luisa Ines Cutting and Alexa Cannon weren’t just compatible college roommates. They were best friends living in an off-campus apartment together— until a January night of drugs and alcohol ended in “doing cocaine with the devil” and murder.

Twenty-one-year-old Cutting, a Radford University student, pled guilty to second-degree murder on Monday and has since been sentenced to 20 years in prison. According to Yahoo, police were called to her residence at 7.45 a.m. Upon arrival, the police heard a woman “making reference to a knife” and were met at the door by a woman “covered in blood.”

“The female turned around, placed her hands behind and her back and stated, ‘Arrest me,'” the search warrant read. When an officer asked the blood-drenched woman what happened, she said, “I killed her.”

When police entered the apartment, they saw a woman with multiple stab wounds on the floor with a butcher knife stuck in her mouth.

According to The Roanoke Times, Cutting told police that “she was doing cocaine with the devil.” But cocaine wasn’t the only drug she was on in the day preceding her crime.

She told officers that she had also done mushrooms, Adderall, Xanax, marijuana, alcohol, and tobacco, as well.

On the morning of her murder, a neighbor said he heard screaming and arguing so he called emergency services. Commonwealth’s Attorney Chris Rehak explained that Cannon died of “multiple sharp force injuries.” According to Cosmopolitan, she was stabbed more than 30 times.

Cutting was questioned at the police station and confessed though she was also “rambling” and given to a “bizarre series of episodes.” Here Cutting stated that she had been doing cocaine with the devil.

She also spoke of the Apocalypse and recited the Hail Mary prayer in Spanish before she repeatedly tried to shove her entire fist into her mouth. Personnel consequently took her to a mental health clinic where she stayed for a whole week.

After search warrants were filed for investigators to comb through the apartment, they found pills, grinders, several smoking devices, and a brown, chalky material in the kitchen area.

A WFXR News segment on Monday’s sentencing of Luisa Cutting.

A post on Cannon’s Instagram account reveals that the two roommates had met online before living across from one another for one year and eventually moving in together. One of Cannon’s photos was eerily captioned:

“Love you more Lu and everyone pray that we don’t kill each other this year.〈3”

Cutting was a Radford University junior, as well as president of the school’s Latino Student Alliance. She tearfully read a statement in court on Monday expressing her regret for killing the 20-year-old psychology major to Cannon’s family.

“There are no words for this tragedy and my heart is filled with sorrow and grief…I am so, so sorry,” she said.

Cannon was best known for her interests in art and music. The active social media user was recognized by friends and family at her January memorial for bravely navigating her epilepsy. 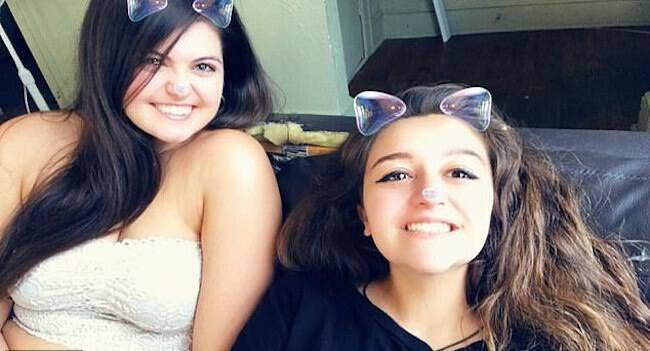 FacebookLuisa Cutting was a college junior and president of the school’s Latino Student Alliance. Alexa Cannon was a 20-year-old psychology major suffering from epilepsy.

Rehak said he worked with Cannon’s family to construct the terms of a plea deal which would “reflect a complex balance of facts, trial options, and proportionality.” According to ABC 13 News, the family focused on establishing a just sentence and removing the need for an extended trial.

“Perhaps more importantly, the agreement secured a murder conviction, avoided any appeals, and spared Alexa’s family and friends the anguish and anxiety of trial,” said Rehak. “The Commonwealth also considered the impact and viability of defenses such as insanity, resistible impulse, and voluntary intoxication.”

Defense attorney Blair Howard claimed Cutting had “a mental illness,” and suffered “a psychotic episode” on the night of the murder.

“She has come to a reckoning with herself,” said Howard. “But there’s nothing she can do except to express her sincere sorrow.”

In the end, the court settled on a 40-year sentence that will suspend the 20 remaining years after the first 20 are served. The plea agreement also ordered that she have no contact with Cannon’s family and to follow any mental health treatment authorities impose on her during her term.

She will be on probation for a whole decade after her release in 2039.

After reading about the Virginia college student who stabbed her best friend to death after “doing cocaine with the devil,” learn about the woman who was sentenced to 10 years for making false rape claims. Then, read about Mitchelle Blair and the unspeakable evils she confessed to.