It was supposed to be a simple eviction. But as authorities scoured Mitchelle Blair's house, what they found ended up sending shockwaves through Detroit.

In 2015, 35-year-old Mitchelle Blair was living on the east side of Detroit with her four children when she was evicted for not paying rent. Relatives say she was unable to keep a job and would always call them for money, but those calls stopped when they refused to help and advised her to get a job and go back to school. 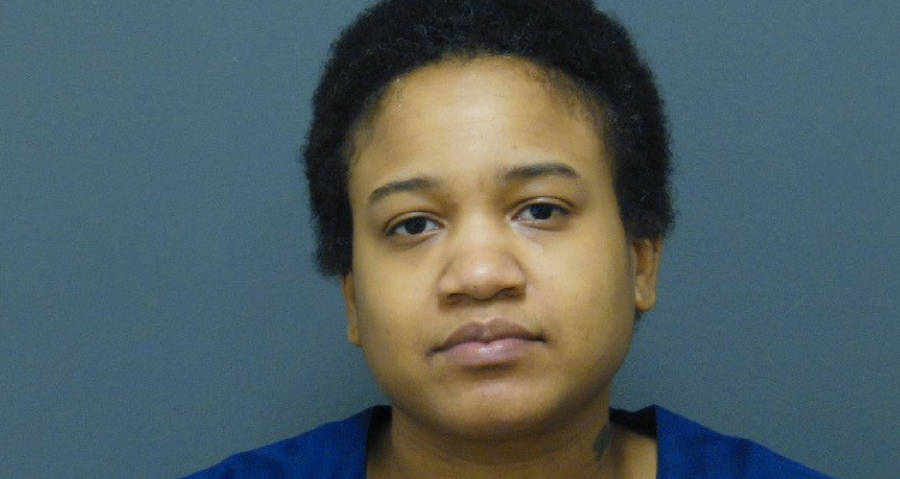 Mitchelle Blair apparently disregarded their advice because on the morning of March 24, 2015, she was served an eviction notice. But she wasn’t there. That’s when a crew from the 36th District Court went inside and began removing furniture from the home.

What they removed next wasn’t furniture. And it would send shockwaves through the community.

Inside a white deep freezer located in the living room of the home, was the frozen body of a teenage girl wrapped in a large plastic bag. When police arrived, they made yet another discovery: the body of a boy right underneath her.

A neighbor didn’t waste any time disclosing Mitchelle Blair’s whereabouts. Police found her at another neighbor’s house with her two children, aged eight and 17, but her other children, Stephen Gage Berry, nine, and Stoni Ann Blair, 13, were missing.

After some brief questioning, Mitchelle Blair was arrested for murder. When police took her away, they said she proclaimed, “I’m sorry.”

Meanwhile, authorities took the bodies to a morgue to thaw for three days so an autopsy could be performed. The children were identified as Blair’s kids Stephen Berry and Stoni Blair. The medical examiner ruled their deaths homicides and determined that they had been in the freezer for at least a couple of years.

The Murders Of Stoni Ann Blair And Stephen Gage Berry

Mitchelle Blair confessed to the murders at the Wayne County Circuit Court. She told Judge Dana Hathaway that she killed her “demons” after finding out they were raping her youngest son – a claim that has never been substantiated.

Blair said she returned home one day in August 2012 to find her son simulating sexual activity using dolls. It was then Blair asked him, “Why are you doing that? Did anybody ever do this to you?”

When he told her that his brother Stephen had, she went upstairs to confront him. Blair said he confessed, and that’s when she began punching and kicking him before placing a garbage bag over his head until he lost consciousness.

Blair stated that she repeatedly poured scalding hot water on his genitals, causing his skin to peel off. She later made Stephen drink Windex and wrapped a belt around her son’s neck, lifted him up, and asked, “Do you like how this feels, choked with a belt?” Blair said he lost consciousness again.

After two weeks of torture, Stephen succumbed to his injuries on August 30, 2012. Mitchelle Blair put his body in her deep freezer.

Nine months after murdering Stephen, Blair said she found out that Stoni was also raping her youngest son. That’s when she began starving Stoni and brutally beating her until she died in May 2013. She was going to turn herself into the police, she said, but when her youngest son told her that he didn’t want her to go, she made other arrangements.

Mitchelle Blair put Stoni’s body in a plastic bag and stuffed her in the deep freezer on top of Stephen, and continued living in the home as if nothing were amiss.

Stephen Gage Berry and Stoni Ann Blair were in the deep freezer for almost three years, and no one looked for them. They had absentee fathers and Blair had previously taken them out of school. She told school officials that she was going to teach them at home. When neighbors asked about the children’s whereabouts, she always had an excuse.

Blair told the judge that she did “not feel any remorse over her actions. [They] had no remorse for what [they] did to my son. There was no other option. There’s no excuse for rape… I would kill them again.”

Prosecutor Carin Goldfarb stated that they found no evidence of rape.

Wayne County Circuit Judge Edward Joseph terminated Mitchelle Blair’s parental rights of the surviving children. Child Protective Services saw to it that the children were put up for adoption.

Mitchelle Blair pleaded guilty in June 2015 to two counts of first-degree premeditated murder and is now serving a life sentence at the Huron Valley Correctional Facility in Ypsilanti, Michigan without the possibility of parole.

After learning about the crimes of Mitchelle Blair and the horrifying murder of Stoni Ann Blair And Stephen Gage Berry, read about these serial killers who thought nothing of murdering children. Then, watch a man who groped children at a party fall to his death trying to escape.