During the 1970s and '80s, John Curtis Holmes took Hollywood by storm as one of the most popular adult film performers of the era — until it all came crashing down.

Despite the ridiculous amount of films he’d made and the number of women he supposedly slept with, Holmes still felt the need to embellish. During conversations, he’d invent facts and figures about himself so often that the real facts were usually lost in the mix of wild tidbits. 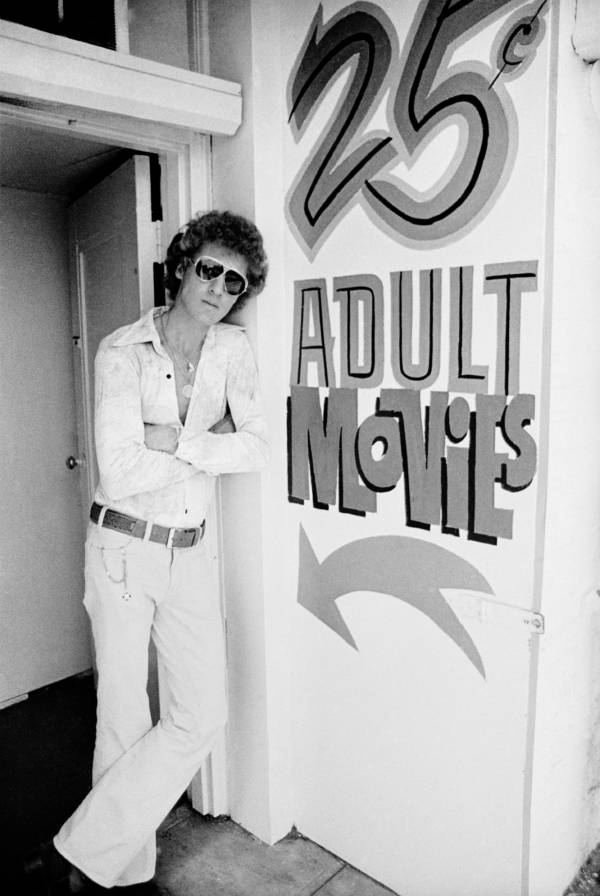 For example, he claimed that he held several degrees from UCLA and that he had once been a child actor on Leave It to Beaver. John Holmes also said that he had a 13.5-inch penis, which had not only rendered him unable to wear regular underwear but had also killed several people.

So imagine people’s surprise when they found out that the last tidbit was true — at least in part. While John Holmes’ penis never actually killed anyone, his fame, his glory, his prowess, and his eventual downfall could all be attributed to one thing: his 13.5-inch endowment.

John Holmes was born John Curtis Holmes on August 8, 1944, in Ashville, Ohio. He decided to join the U.S. Army before his high school graduation and ultimately served three years in West Germany. When he returned to America, he moved to Southern California, where he explored several career options.

But nothing seemed to pan out — until he went to a poker parlor in Gardena, California. As the story goes, Holmes was in the bathroom of the poker parlor when he met a professional photographer named Joel, who apparently suggested that he put his natural “talents” to good use.

Before long, John Holmes was doing pictorials and dancing in nightclubs, where he was making more cash than he ever dreamed possible. Meanwhile, his wife Sharon had no idea and believed her husband to be an average, working-class citizen. Then, one day she walked in on John Holmes measuring his penis and dancing around giddy with glee.

“You can’t be uptight about this,” John said. “This means absolutely nothing to me. It’s like being a carpenter. These are my tools, I use them to make a living. When I come home at night, the tools stay on the job.”

In response, Sharon said, “You are having sex with other women. It’s like being married to a hooker.” This argument would continue for the next 15 years throughout their tumultuous and eventually estranged marriage. But despite her displeasure with his career path, Sharon loved John Holmes and stayed with him until she just couldn’t bear it anymore. 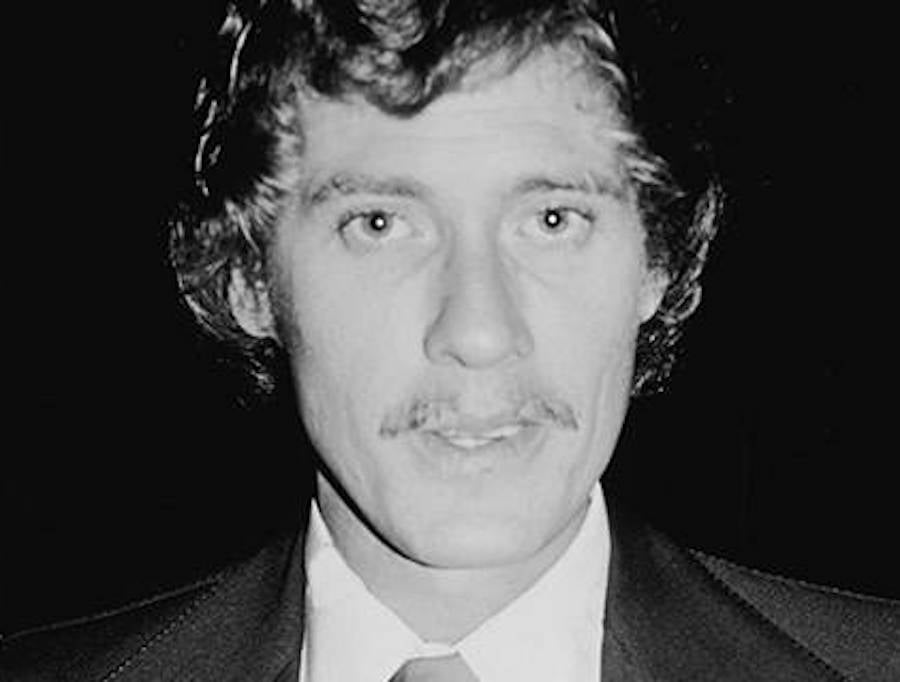 After he was done shooting for the day, Holmes worked as a handyman for his small apartment community in Glendale. While living in one of the 10 units that Sharon managed, John helped renovate the other apartments, collected junk, and spent his free time drawing and sculpting out of clay.

But when he was on set, John Holmes became Johnny Wadd — a detective who solved no crimes but slept with everyone he came across during his investigations. While he mostly appeared with female performers, he was open to performing with males and did so in at least a few instances.

While John Holmes lived a relatively simple life, Johnny Wadd wore three-piece suits, ostentatious jewelry, and diamond belt buckles. He also earned up to $3,000 per day. While Holmes tried to maintain his double life, the Johnny Wadd lifestyle soon became too enticing and exciting to give up — and began to overshadow his quieter lifestyle as a handyman and husband.

Then in 1976, Holmes began to pursue Dawn Schiller, a girl who had moved in near his home. Though Schiller was just 15 years old, her age did not deter Holmes. On the contrary, the 32-year-old liked that Schiller was so young — and that she didn’t criticize him for his career like his wife.

Before long, Holmes started calling Schiller his “girlfriend.” This put Schiller in an extremely vulnerable position, not only because Holmes was so much older than her, but also because he was starting to develop a cocaine habit.

John Holmes eventually became so addicted to cocaine that it started to affect his work life. He’d show up to shoots strung out, and his high would render him unable to perform. This caused him to lose jobs. Despite once making thousands of dollars a day, Holmes soon found himself broke — and craving drugs.

To get his hands on cash, Holmes decided to start selling Schiller’s body to other men. He also brutally abused her, beating her into submission and intimidating her into getting him more money for cocaine.

Schiller, who at that point was too scared to leave him, did almost anything that Holmes asked of her. She would make money, then hand it over to him. And she was often forced to wait in the car while he bought drugs.

The Downfall And Death Of John Holmes 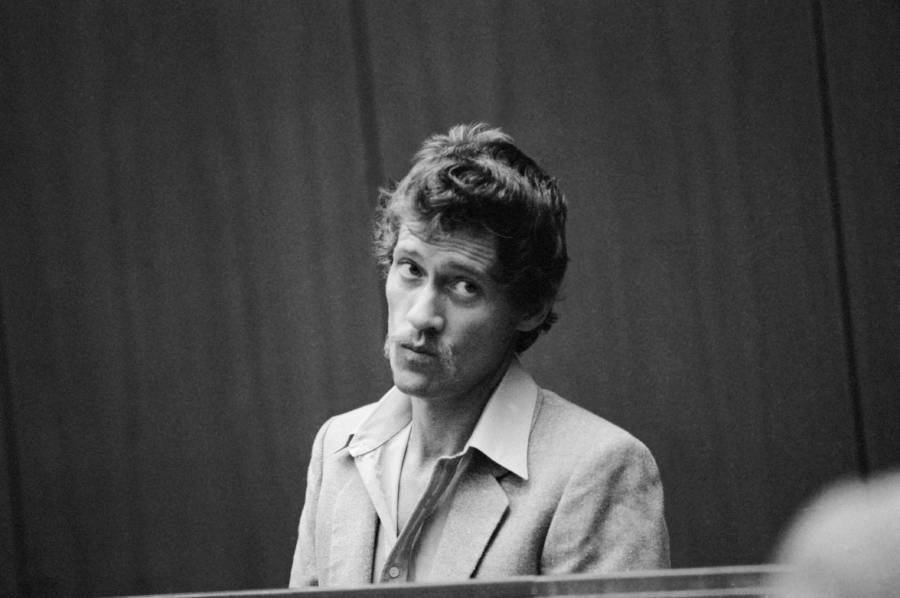 Bettmann/Getty ImagesJohn Holmes on trial for the Wonderland Murders in 1981.

One fateful night in 1981, Schiller was waiting in the car while Holmes allegedly witnessed the Wonderland Murders — where four people were bludgeoned to death in Los Angeles in retaliation for a drug robbery that Holmes had allegedly masterminded. Schiller remembered later that she had been at the house, though she wasn’t involved in the murders.

Holmes, however, had claimed to see the entire thing go down. According to him, he was held at gunpoint as the perpetrators bashed in his drug dealer’s brains. He then fled to Sharon’s house and confessed the entire thing. It wasn’t until years later that Sharon would tell anyone of the confession.

The Wonderland Murders seemed to mark the beginning of the end for John Holmes. Schiller and Sharon both left him. He’d been charged with murder, though he was later acquitted. The trial and his cocaine problem put a damper on his film career. Soon, he was only making cameo appearances.

It was later revealed that Holmes chose not to disclose his HIV status before engaging in his final pornographic films. Since he didn’t use protection, he exposed several performers to the virus — which caused an uproar.

He succumbed to AIDS-related complications and died on March 13, 1988, at a Los Angeles hospital at age 43. He had remarried shortly before his death and was alone with his new bride Laurie when he passed. Despite his stormy life, his death was relatively quiet. However, his story was never forgotten.

“John Holmes was to the adult film industry what Elvis Presley was to rock ‘n’ roll. He simply was The King,” said cinematographer Bob Vosse in the documentary Wadd: The Life & Times of John C. Holmes.

As his last wish, John Holmes asked his new bride to do him a favor.

“He wanted me to view his body and make sure that all the parts were there,” said Laurie. “He didn’t want part of him ending up in a jar somewhere. I viewed his body naked, you know, and then I watched them put the lid on the box and put it in the oven. We scattered his ashes over the ocean.”

After reading about the turbulent life of John Holmes, learn about Linda Lovelace, the girl next door who appeared in the most famous adult film in history. Then, check out this brief history of pornography.