15 Serial Killers Who Thought Nothing Of Murdering Children

From "The Beast" to "The Red Ripper" to "The Candy Man," these child murderers might be the most terrifying people to ever walk the Earth. 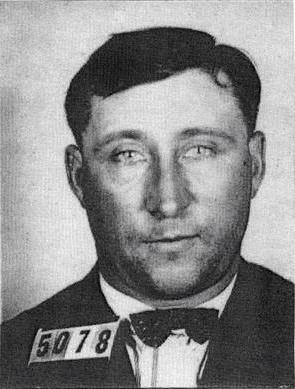 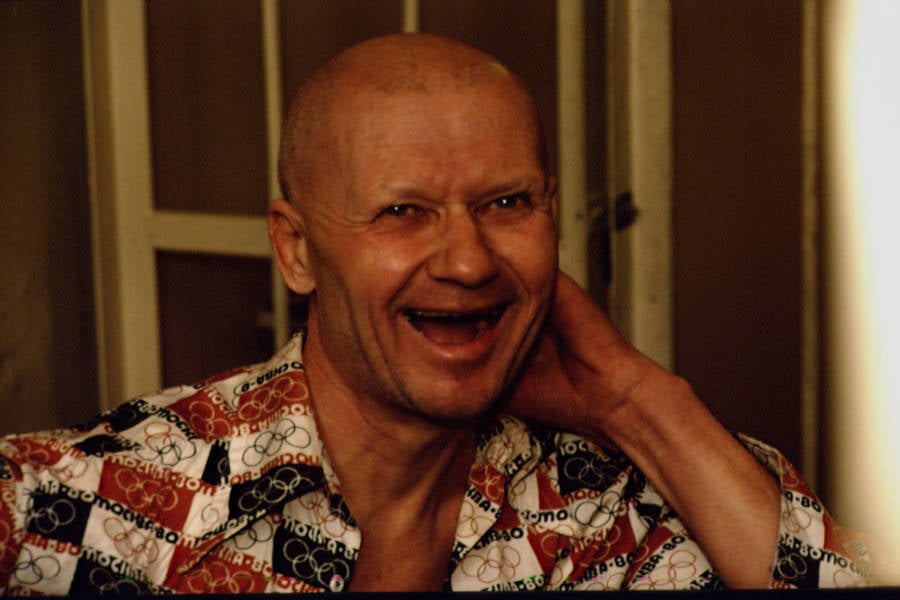 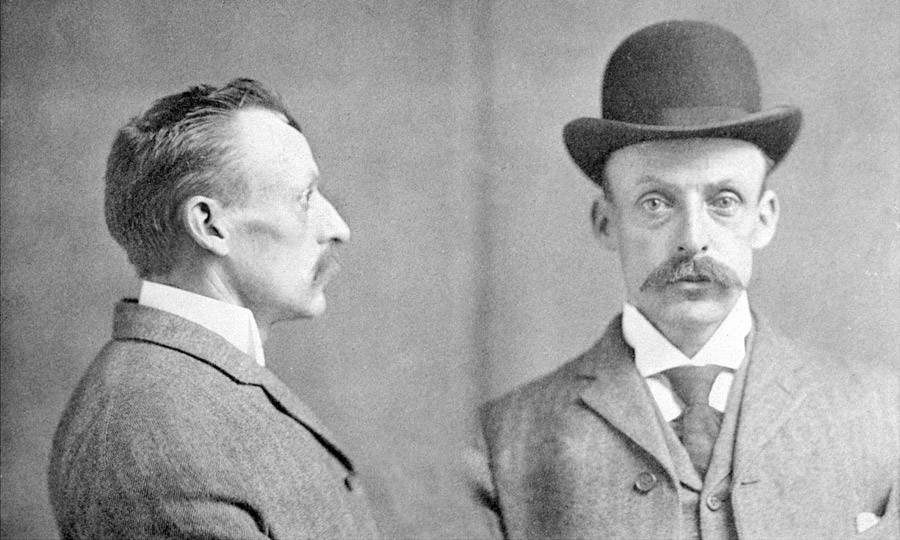 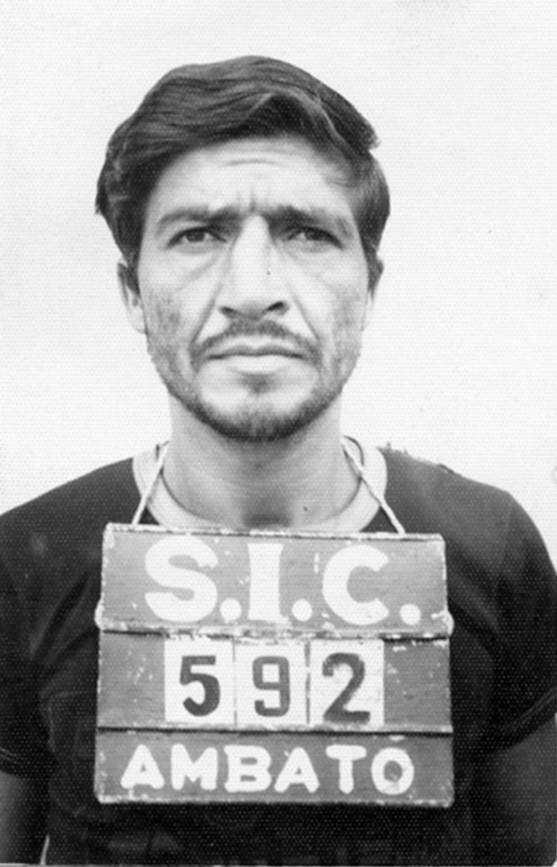 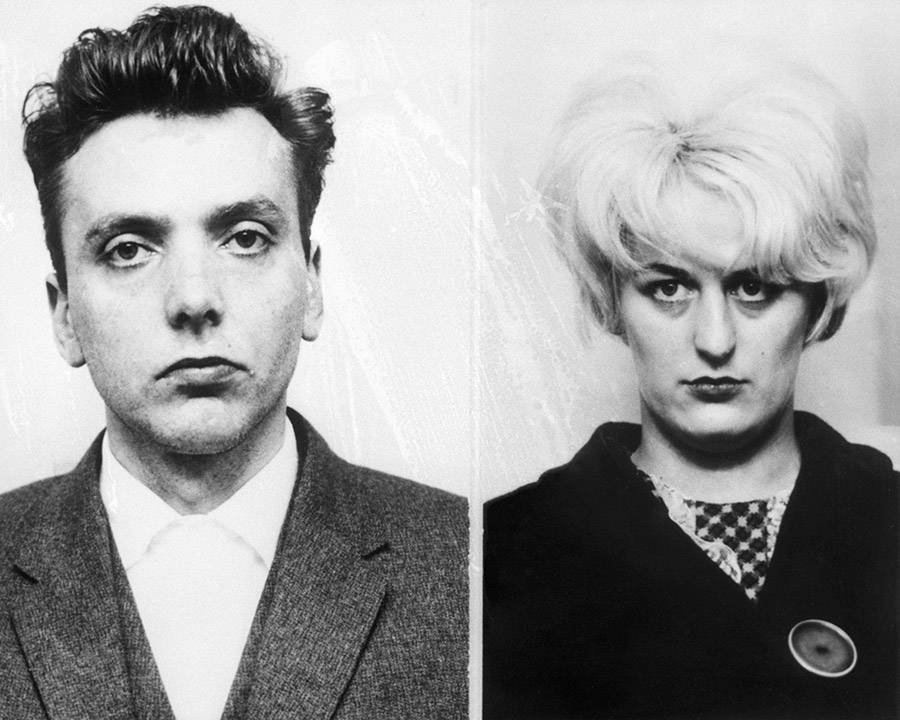 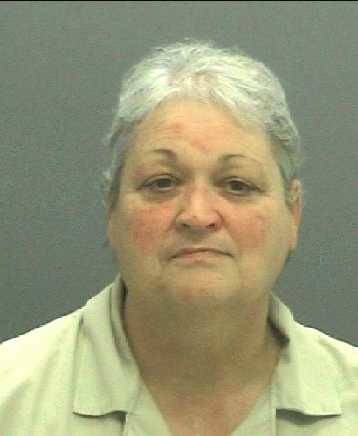 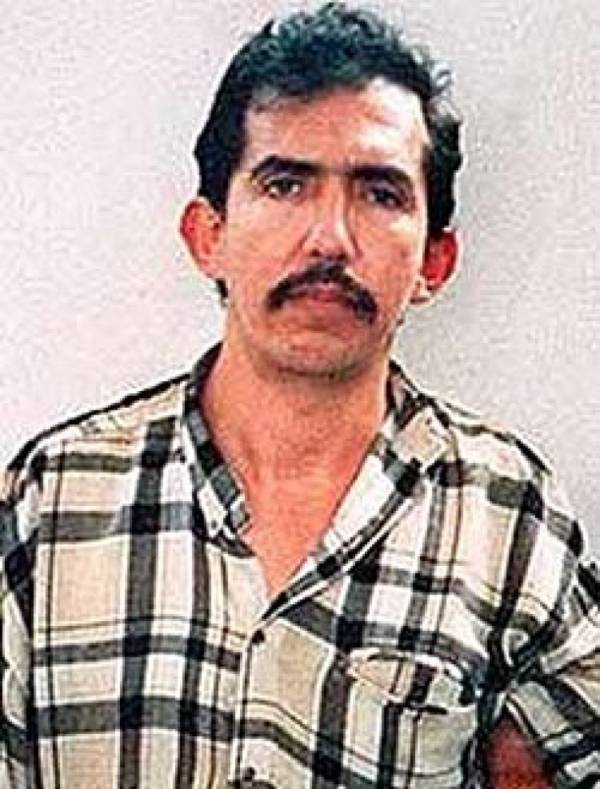 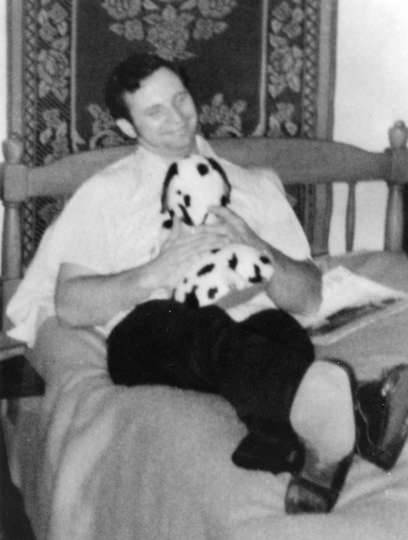 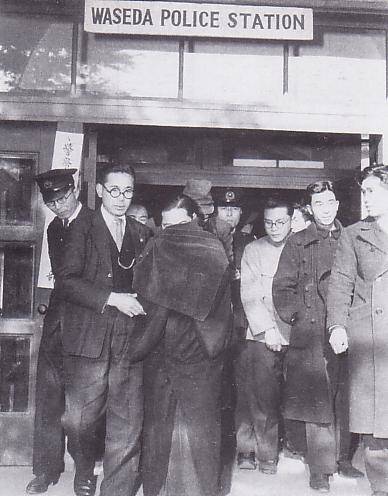 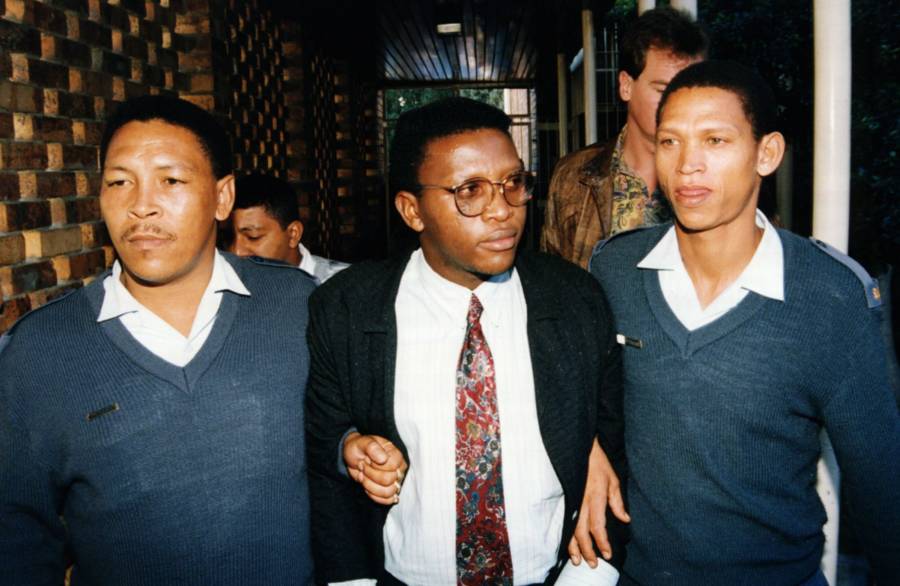 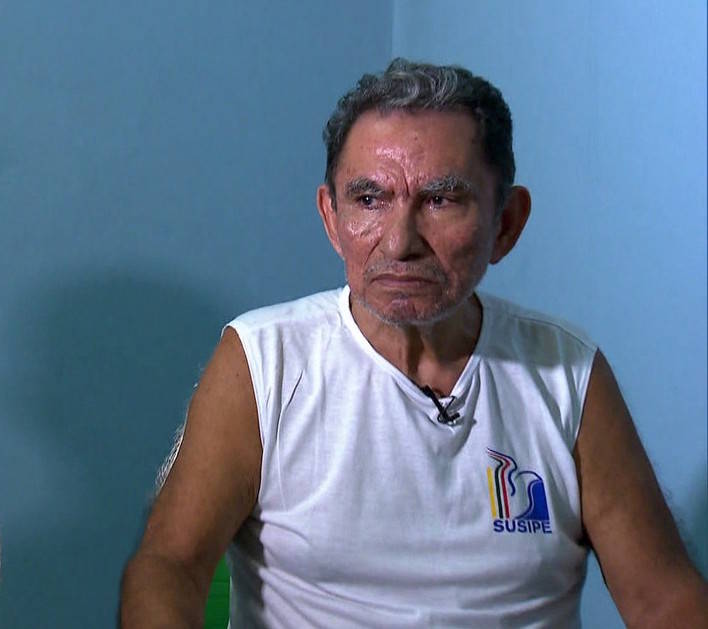 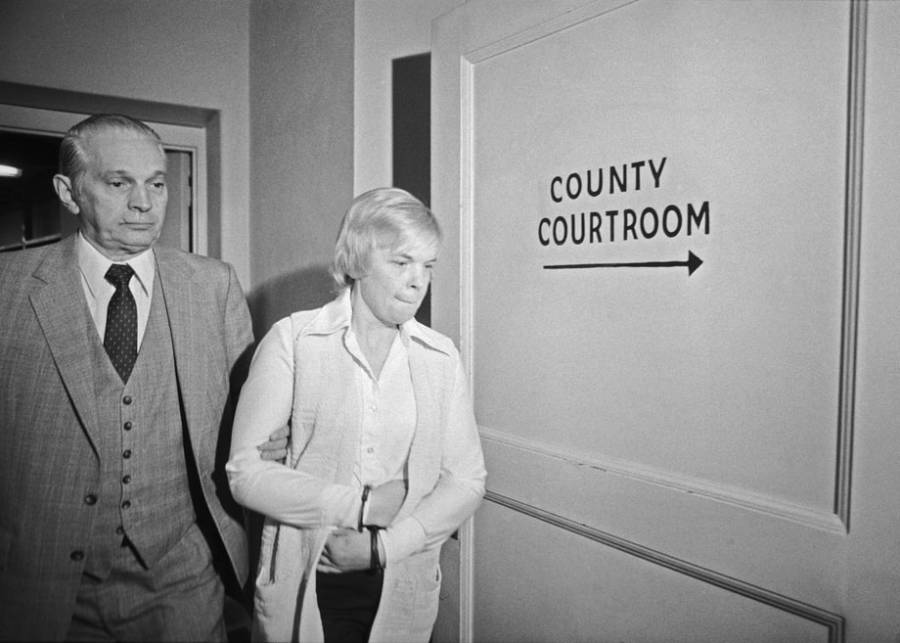 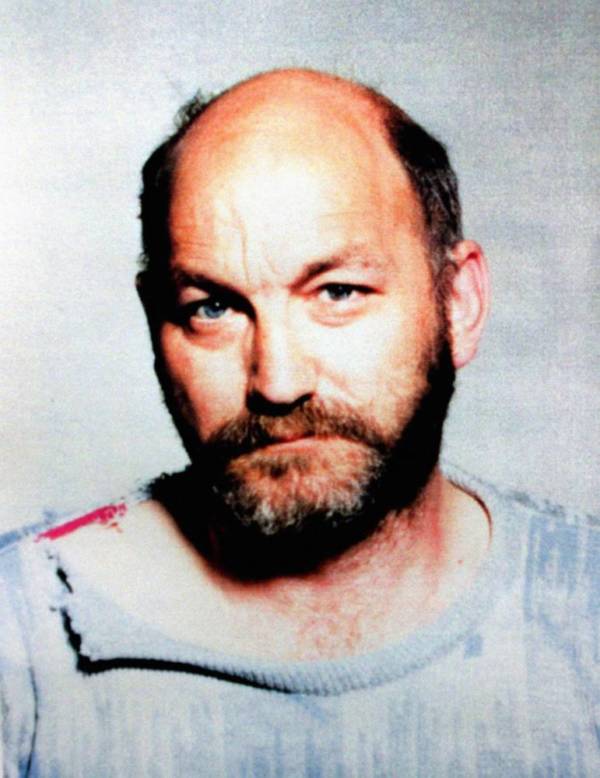 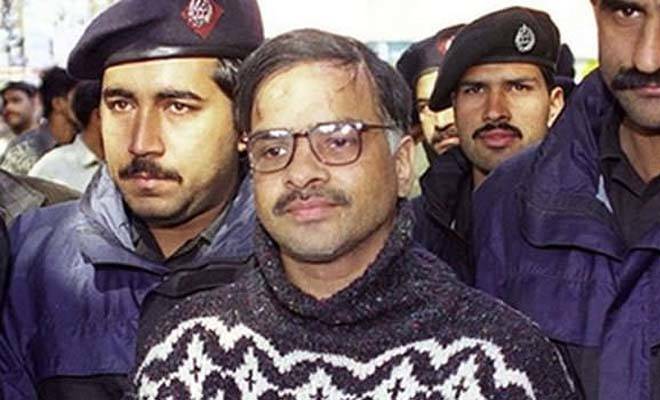 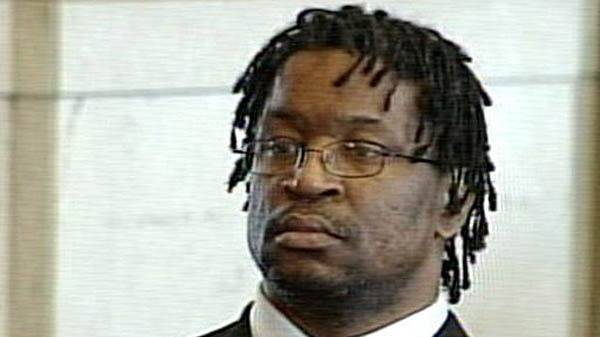 Harry Powers was arrested for the murders of two women and three children in Illinois in 1931. Evidence from the scene of the crime suggests that he killed many more in his concrete bunker. He was hung soon after his crimes were discovered. Wikimedia Commons
2 of 16

Between 1978 and 1990, Andrei Chikatilo, known as the "Red Ripper," raped, killed, and mutilated at least 52 women and children in Russia, Ukraine, and Uzbekistan. He was executed for his crimes by gunshot in Russia in 1994.Georges DeKeerle/Sygma/Getty Images
3 of 16

During the late 1920s and early 1930s, serial killer and cannibal Albert Fish terrorized the east coast of the U.S. by raping, murdering, and eating at least three children. He is suspected of killing significantly more people, with at least five other victims being linked to him. He was executed by electric chair in 1936.New York Daily News Archive/Contributor/Getty Images
4 of 16

Pedro Lopez, the "Monster of the Andes," raped and murdered at least 110 girls in Colombia, Peru, and Ecuador, though he has claimed that his total number of victims is closer to 300. He was arrested in Ecuador in 1983 but released from a psychiatric hospital in 1998 for good behavior. His current whereabouts are unknown. Criminal Minds Wikia
5 of 16

From 1963 to 1965, Manchester couple Ian Brady and Myra Hindley killed five children between the ages of 10 and 17. Hindley lured in the victims and Brady killed them with a variety of blunt objects and strangulation. The two were arrested in 1965, and both eventually died in prison.Bettmann/Contributor/Getty Images
6 of 16

Martha Ann Johnson of Georgia killed three of her children between 1977 and 1982. After confrontations with her husband, the mother would roll her 250-pound body on top of her young children to kill them. After strangling her 11-year-old daughter to death, Johnson was finally caught. She is currently serving life in prison. Wikimedia Commons
7 of 16

Louis Garavito, known as "La Bestia" ("The Beast"), raped, tortured, and killed at least 147 young boys in his native country of Colombia. Most of them were street urchins who he had lured in with gifts. He was arrested in 1999 and is currently in prison. Wikimedia Commons
8 of 16

While working at his family-owned candy factory in the early 1970s, Dean Corll, also known as "The Candy Man," would rape and kill at least 28 boys with the assistance of two teenage partners. Corll's murders came to light when he was killed by one of his accomplices, who confessed to police.Wikimedia Commons
9 of 16

Miyuki Ishikawa was a midwife in Tokyo in the late 1940s when she allowed at least 103 of the babies in her care to die because she believed that their parents were too poor to raise them. She received just four years in prison for her crimes.Wikimedia Commons
10 of 16

Norman Afzal Simons, aka "The Station Strangler," was a fifth-grade teacher in South Africa, where he raped and killed 22 young boys from 1986 to 1994. After luring the children away from the local train station, he would sodomize and strangle them to death. He was eventually arrested in 1995 and is currently serving time in a South African prison.LEON MULLE/AFP/Getty Images
11 of 16

From 1989 to 1992, Anisio Ferreira de Sousa was a doctor in the remote town of Altamira, Brazil, where he ran a Satanic cult that raped and murdered 19 local children. He was convicted for three of those murders in 2003 and was sentenced to 77 years in prison. Globo
12 of 16

Between 1972 and 1985, Marybeth Tinning killed her own nine infants through various methods disguised as natural causes. Though people began to suspect foul play, it wasn't until the ninth child when people took action and found that the death was clearly caused by smothering. She was soon after arrested and is currently serving life in prison.Bettmann/Getty Images
13 of 16

Between 1986 to 1989, Robert Black of Scotland raped and murdered four girls between the ages of 5 and 11. He used his delivery van to abduct girls across the U.K. He was eventually caught after a nationwide manhunt and died in prison.Wikimedia Commons
14 of 16

In 1999, Javed Iqbal sent a letter to the local police in Lahore, Pakistan explaining that he had killed 100 boys, mostly street urchins he had picked up. After locking the boys in a room, he used a chain to strangle them and then disposed of their bodies with acid. He was sentenced to hang but instead killed himself in his cell before his scheduled execution.AP/Dailymotion
15 of 16

After being released from a 16-year sentence for killing his girlfriend, Anthony Kirkland went on to rape and murder four people, two women and two girls, from 2006 to 2009. He would burn the bodies of his victims to conceal that he had raped them. He is currently serving a life sentence in Ohio.WLWT5
16 of 16 15 Serial Killers Who Thought Nothing Of Murdering Children
View Gallery

It was the Spring of 1931 when Asia Eicher began corresponding with Cornelius O. Pierson, a widower from Clarksburg, West Virginia, through a lonely hearts ad.

He would write things like, "Women are the sweetest, purest, and most precious part of the human race. They sing the melody of human life." However, it would be romantic lines like this that would doom Eicher, a lonely Illinois widow, and her three young children.

Through his letters, Pierson came across as romantic and kind. He explained that he had used a lonely hearts ads because his job as a civil engineer kept him on the road and made it difficult to meet women.

After months of back and forth, Pierson and Eicher met at the latter's Park Ridge home on June 23, 1931. From the moment he arrived, it was clear that the photos he had sent to her were outdated and didn't match the haggard, pale man that arrived on her doorstep.

Nevertheless, after Pierson stayed at the house for five days, Eicher agreed to leave her children, Greta, nine, Harry, 12, and Annabel, 14, with a nurse and travel with him to the east.

Five days later, the nurse received a letter from Eicher saying that she would be staying in the east indefinitely and to release the children to Pierson. He arrived shortly after and put the kids into his car, without packing any of their clothing or belongings, and drove off with them. 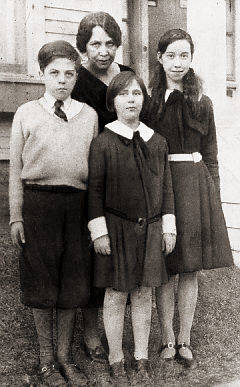 The sudden disappearance of the Eichers did not go unnoticed in the small town of Park Ridge. Local police began an investigation and discovered that there was no Cornelius Pierson around Clarksburg. They did, however, learn that a man known as Harry F. Powers had rented a PO box under that name.

Powers was a vacuum cleaner salesman who survived off of the money of his wealthy wife. When investigators searched Powers' property, they discovered a windowless, concrete garage in the back.

Inside the structure, they found numerous dank, concrete cells and a pile of bloody clothing. Police Chief C.A. Duckworth described the scene as, “Something the likes of which this country hasn’t seen in a long, long time.”

Digging up nearby land, the police found the bodies of the Eicher family, as well as another woman, Dorothy Lemke, another widower who Powers had tricked and murdered.

A lynch mob was formed to deal with Powers, but the police were able to get ahold of him before he was killed.

When Powers admitted his crimes, he described the murders with stomach-churning banality, saying, "I walked thru Annabel’s chamber and killed the younger kids. Killed the brother and sister. I hit the little boy on the head with a hammer before putting the rope around his throat. They never made any noise or put up any fight. I killed the older girl. I didn’t have any trouble. They took it quietly."

When questioned by the police as to who the other clothing found in his house belonged to, he said, "You've got me on five, what good would fifty more do?"

Powers was hung soon after.

While the people, like Powers, who take human lives for their own pleasures are always terrifying, child murderers almost always elicit an even greater level of disgust and revulsion. They defy all of the biological and societal impulses that tell us that children are to be protected. These child murderers thus seem to be unnatural and almost inhuman.

Starting with Powers, above are the stories of some of the most horrifyingly inhuman child murderers of all time.

After this look at child murderers, read about five horrifying criminals who received light prison sentences. Then, learn about the terrible acts of child abuse that used to be legal. Finally, read about some of history's worst serial murderers.