Erik Weihenmayer: The Man Who Summited Everest – While Blind

"I was afraid that I wasn't going to be able to participate in life," Erik Weihenmayer remembered thinking after he first went blind at 14. But that's not how things turned out. 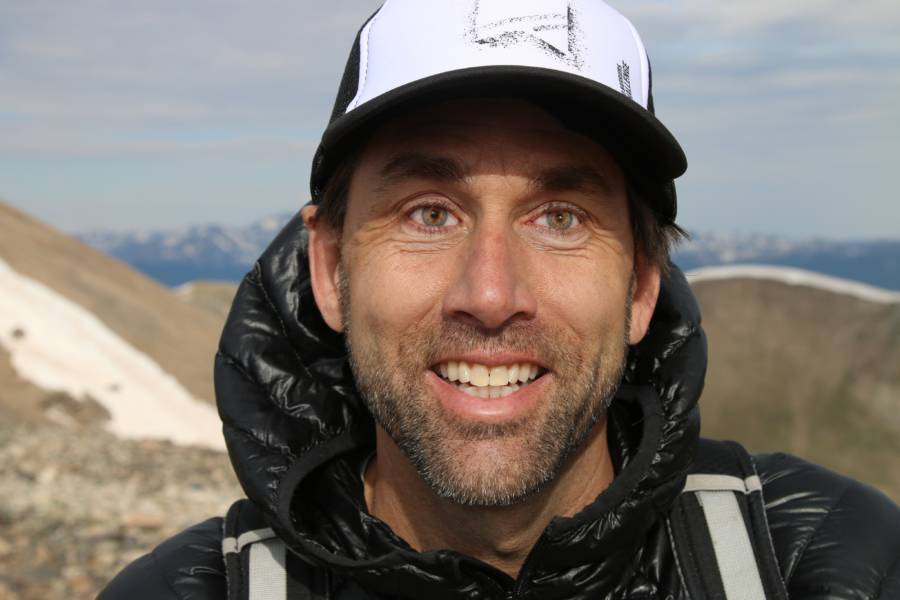 Ever since Sir Edmund Hillary and Tenzing Norgay made the first documented summit of Mount Everest in 1953, climbers have been competing for other “firsts” on the mountain.

And in 2001, American mountaineer Erik Weihenmayer accomplished one of the most astounding Everest firsts of all when he reached the treacherous peak despite the fact that he was blind.

Erik Weihenmayer, born in New Jersey in 1968, was just four years old when he was diagnosed with retinoschisis, a rare disease (sometimes hereditary, sometimes of unknown origin) resulting in the progressive loss of sight. By the time he was just 14, Weihenmayer was completely blind.

As he himself put it, “I was afraid that I wasn’t going to be able to participate in life.” But thanks to his parents’ insistence and encouragement, Weihenmayer actually became more physically active after he became blind, taking up both wrestling and rock climbing.

“Shortly after going blind, I received a newsletter in Braille about a group taking blind kids rock climbing,” Weihenmayer recalled. “I thought to myself, who would be crazy enough to take a blind kid rock climbing? So I signed up!” 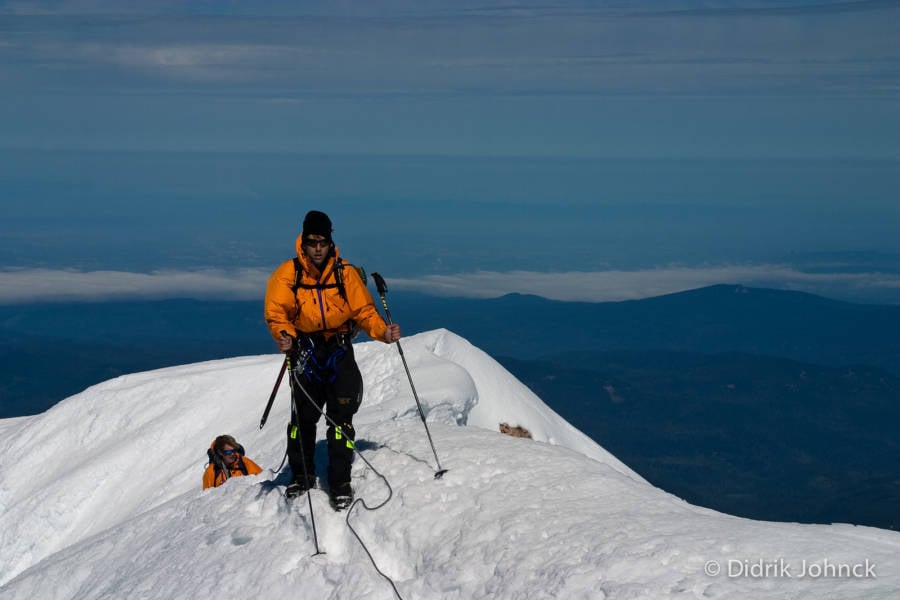 Didrick Johnck/FlickrErik Weihenmayer on the 11,420-foot summit of Oregon’s Mount Hood in 2003.

After graduating from college, Weihenmayer became a teacher and also joined the Arizona Mountaineering Club, spending his free time rock climbing. Soon it was much more than just a hobby and in 1995 he reached the top of Mount Denali, the highest peak in North America.

“After this exhilarating feat,” he said, “I then decided that I wanted to commit to a life as a full-time adventurer.” And he did. Weihenmayer went on to scale three more of the seven highest mountains in the world (the “Seven Summits,” or highest mountains on each continent) before finally setting his sights on Mount Everest in 2001.

Mount Everest has long been a lure for adventurers — though it also serves as a graveyard for many of them. What’s more, the mountain’s low oxygen levels and frigid temperatures mean that many of the climbers who perished on their ascents remain stunningly well-preserved corpses on the slopes, serving as gruesome reminders of the dangers of the mountain.

And in 2001, Erik Weihenmayer was preparing to attempt this same perilous climb — despite having a handicap that none of them had. 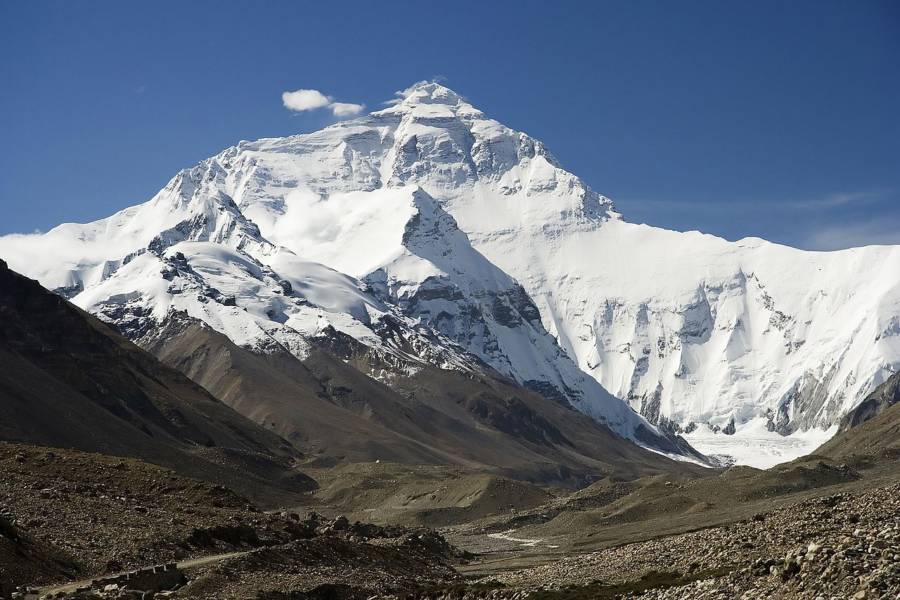 It wasn’t just physical obstacles that Weihenmayer and his team would face in the quest to summit Everest. They had difficulties recruiting Sherpa guides (who are so often the difference between life and death on the mountain), due to the perceived risk of working with a blind climber.

But once Weihenmayer arrived in Kathmandu, Nepal, the locals were so surprised at the ease with which he got around that they thought he was actually lying about being blind. After convincing them that he was indeed both blind and physically capable, the Sherpas agreed to the expedition. 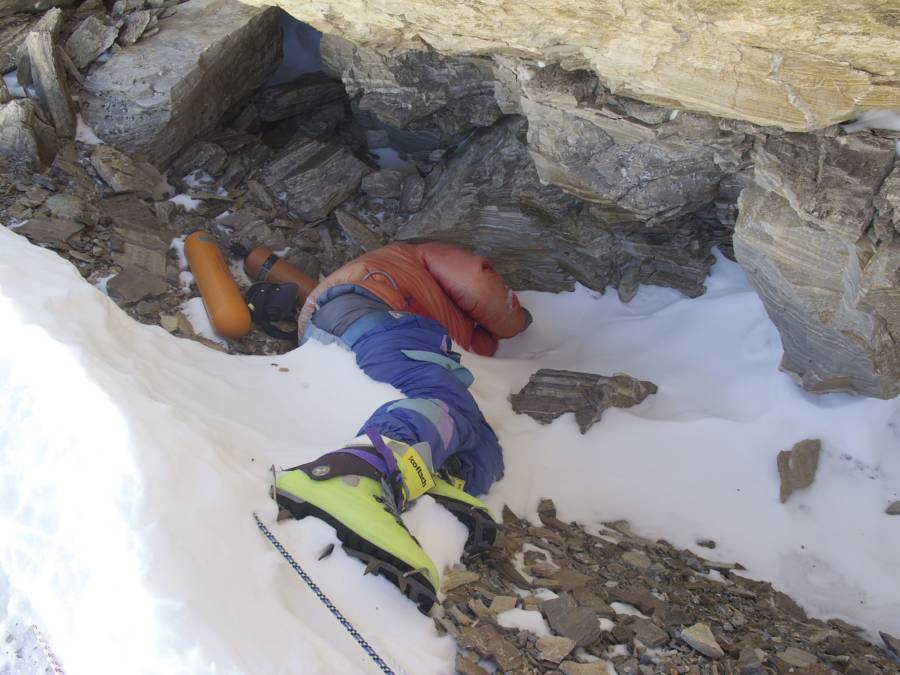 Wikimedia CommonsThe mountain has claimed the lives of many climbers who had full use of their eyesight, like the infamous “Green Boots” pictured here.

However, it wasn’t just the Sherpas who had doubts. Weihenmayer also faced backlash from other climbers who doubted his ability and expressed serious concerns about his attempt. In an interview with Men’s Journal, American climber and Everest veteran Ed Viesturs said, “I support [Weihenmayer’s] going. But I wouldn’t want to take him up there myself.”

Although Weihenmayer was hurt by all the doubt, he was well aware that he would be facing challenges that other mountaineers would never have to worry about. As Viesturs went on to explain, “He can’t assess the weather, or the ice-fall, or the ladders you have to crawl across” — and one misjudged step could send him careening down the slopes to his death.

But Weihenmayer was no mountaineering novice who was simply determined to reach the world’s highest peak at great risk to his other team members. He had been climbing for 16 years at this point and, far from being a hindrance to his climbing teammates, he had often been the one to offer them assistance. In response to Viesturs comments, Weihenmayer simply replied, “He hadn’t seen any part of my life except for the fact that I was blind.”

A 2017 interview with Erik Weihenmayer from TODAY.

The Ascent And Beyond

The journey to the top was certainly harrowing. Members of the group would take turns guiding Weihenmayer through the gaps and crevasses, shouting out instructions, “Slot coming up, two steps!” or “Clear traveling for the next ten steps.” But it was Weihenmayer’s own endurance and mountaineering skills that ensured he made it to the peak, which he did on May 25.

It was then that Erik Weihenmayer became the first blind person in history to stand on the summit of Mount Everest. He had not only joined the ranks of the few who have been to the highest spot on the planet, but he had also effectively silenced all of his critics.

And by 2008, he had climbed the rest of the Seven Summits, becoming one of only 150 people to have ever accomplished this, yet another incredible feat in an incredible career.

After this look at Erik Weihenmayer, read up on Yuichiro Miura and Min Bahadur Sherchan, the men who traded the record for oldest person to ever climb Everest back and forth — until one of them died in the process.