Sex has always been a taboo subject for much of civilization and likely always will be. These sex facts prove that history is filled a panoply of unusual fetishes and customs. 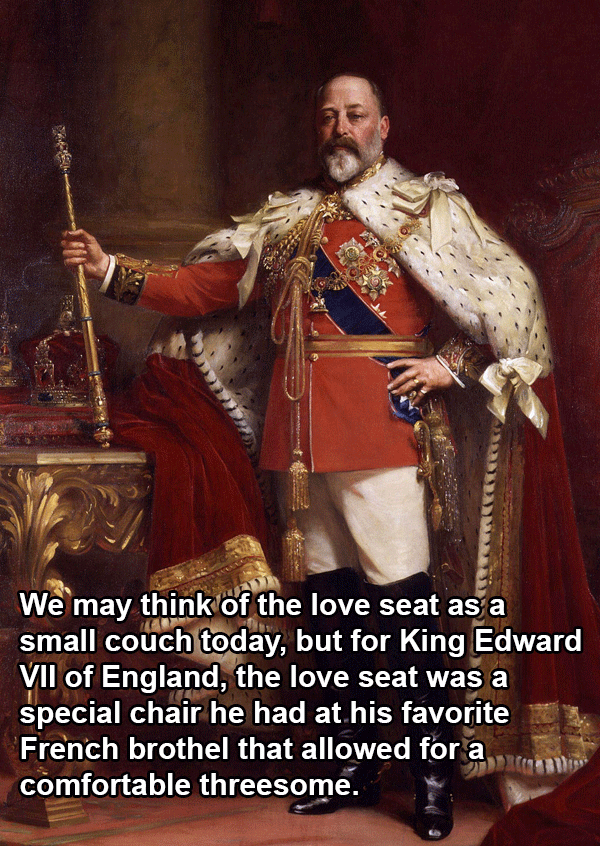 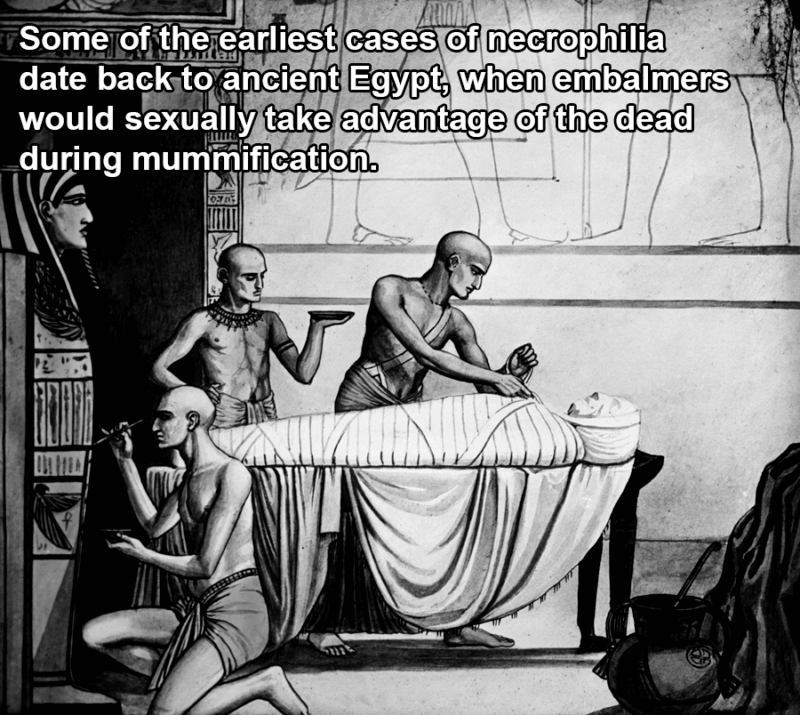 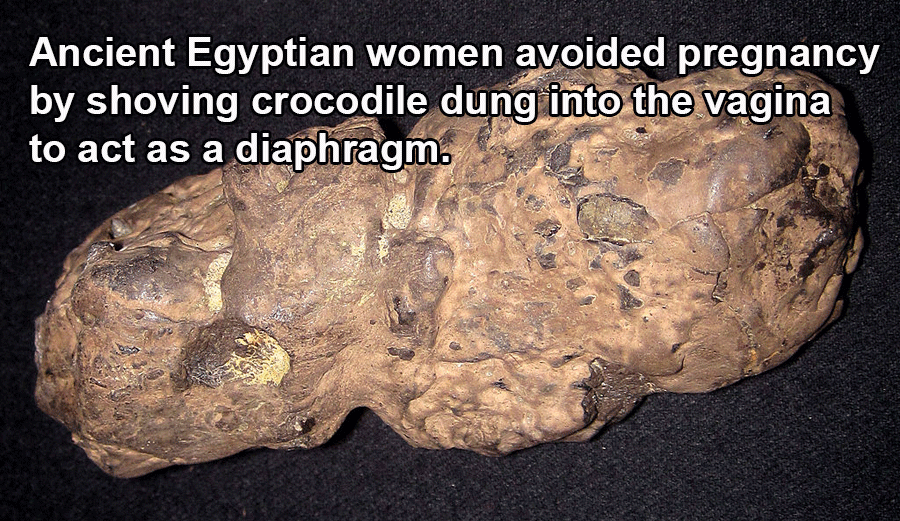 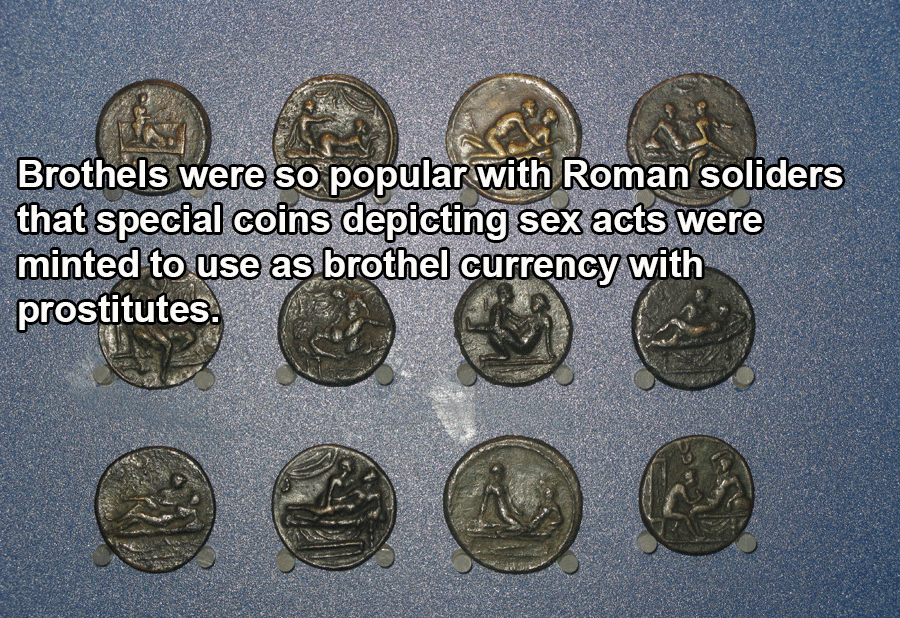 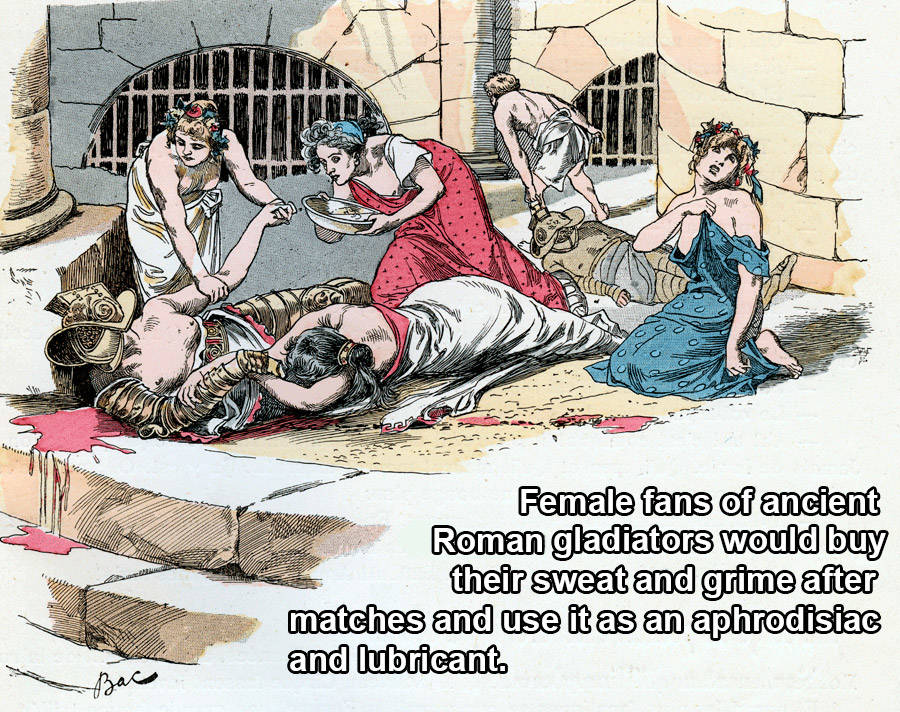 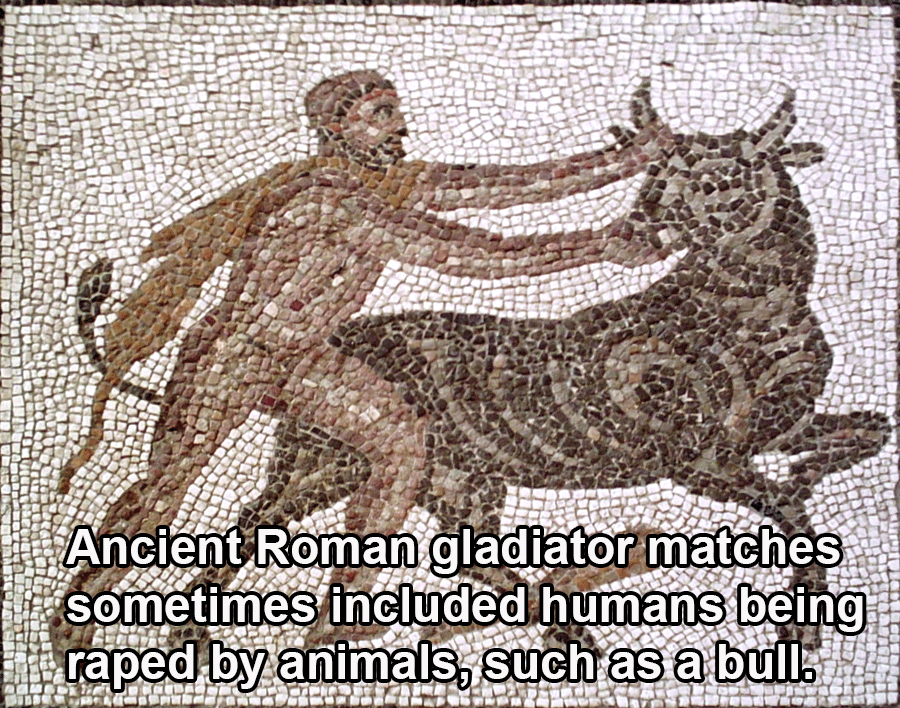 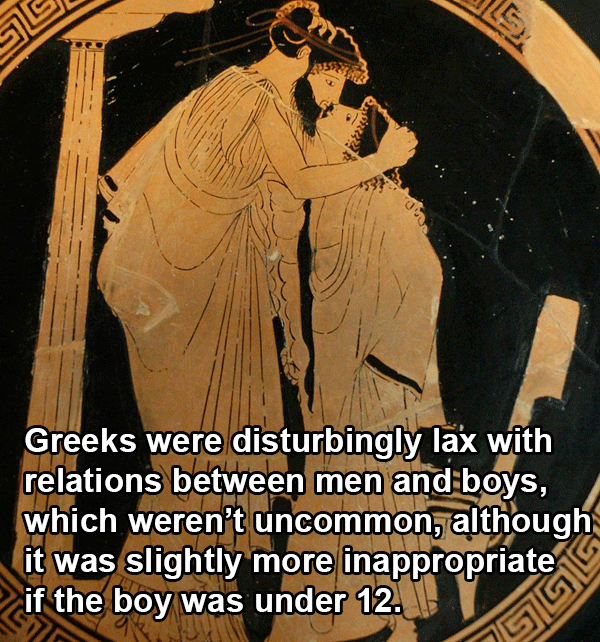 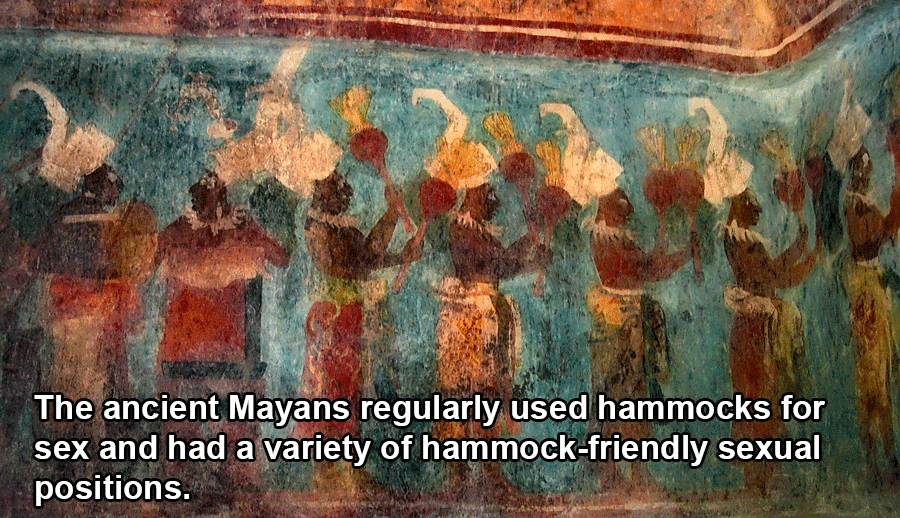 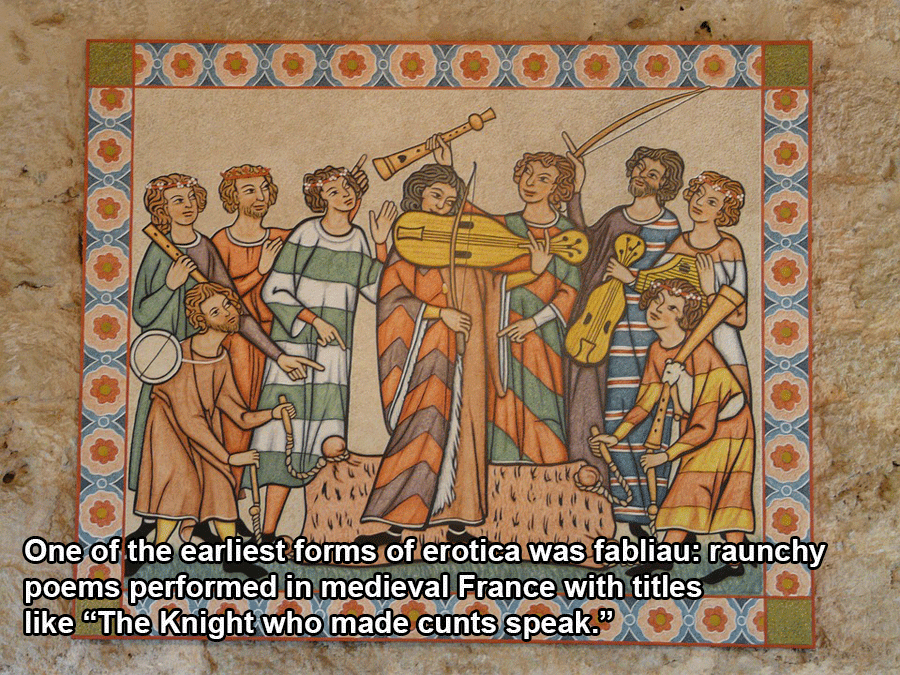 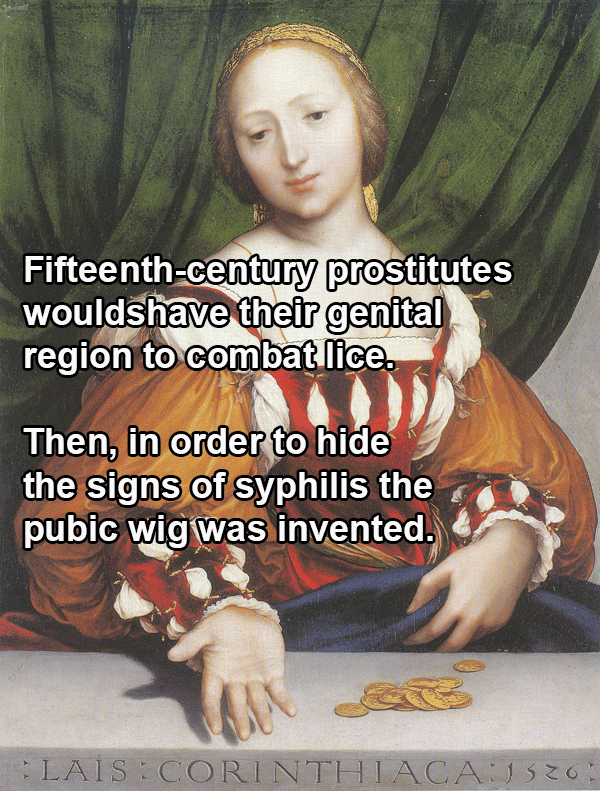 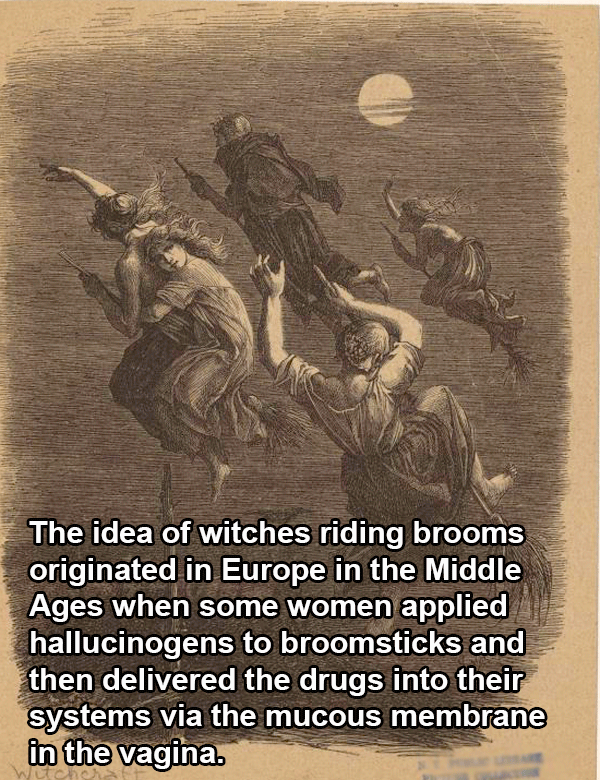 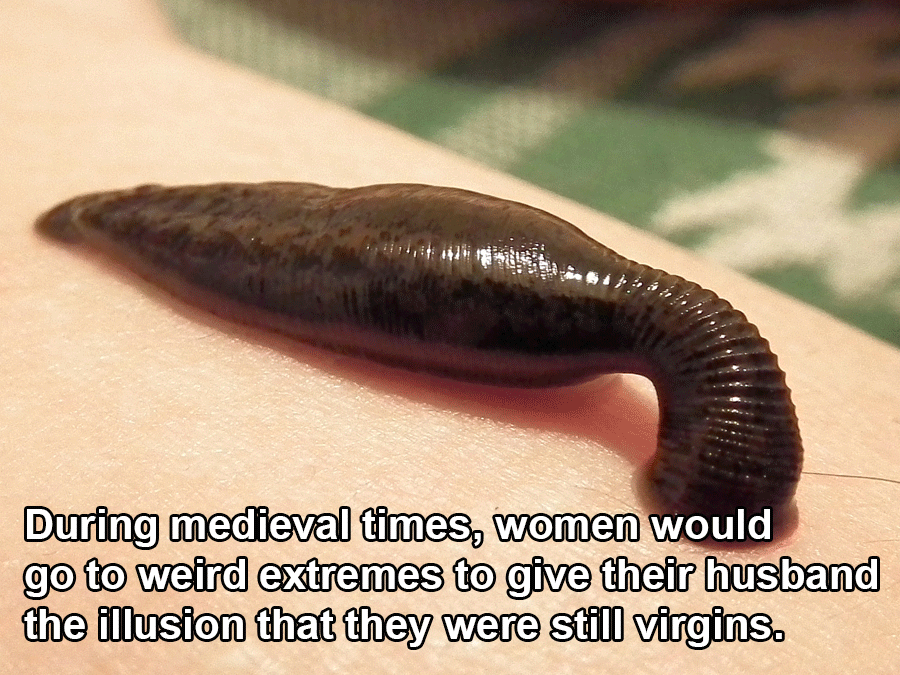 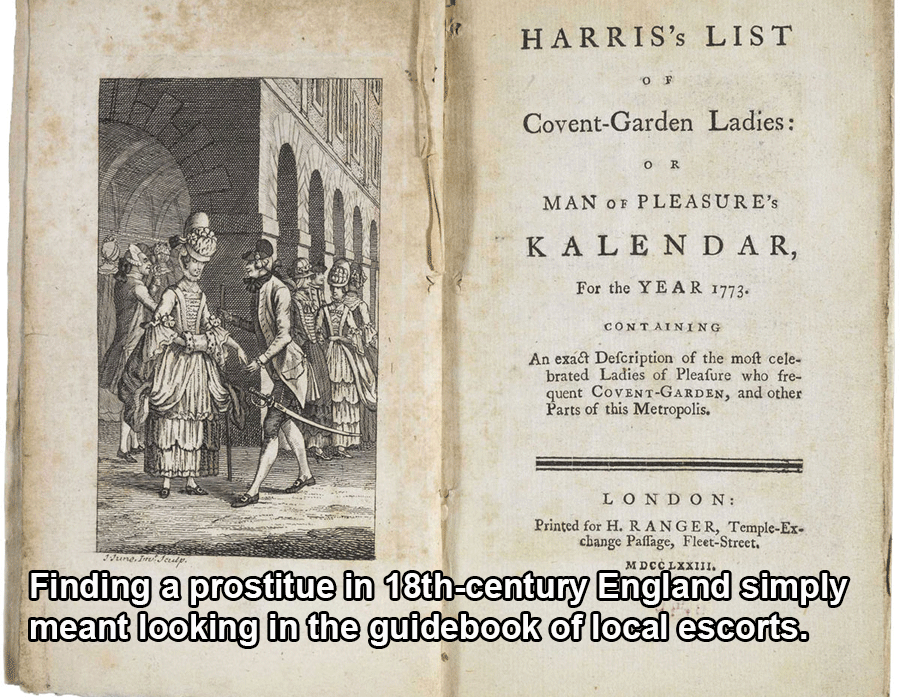 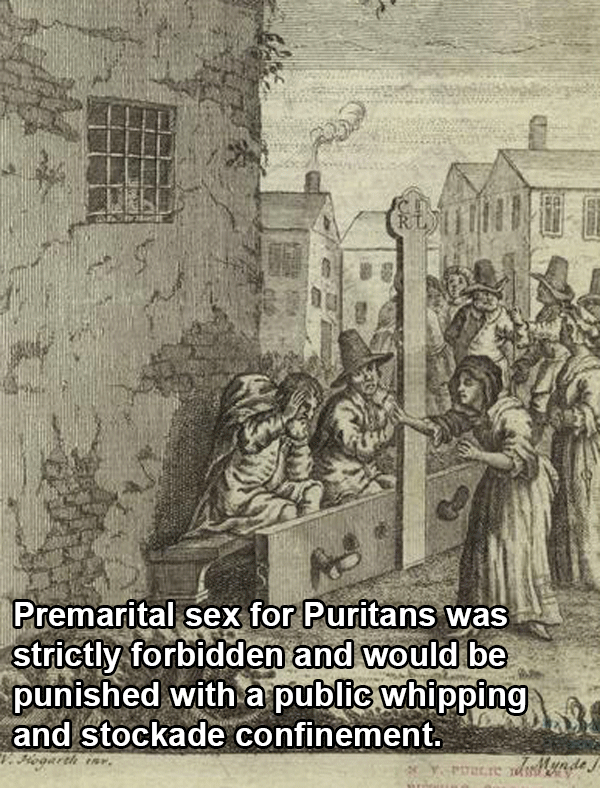 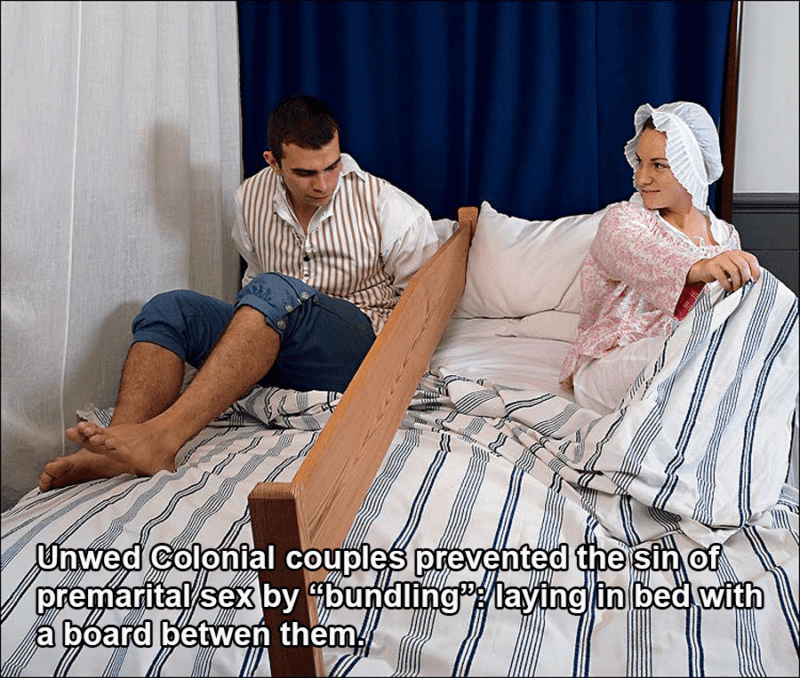 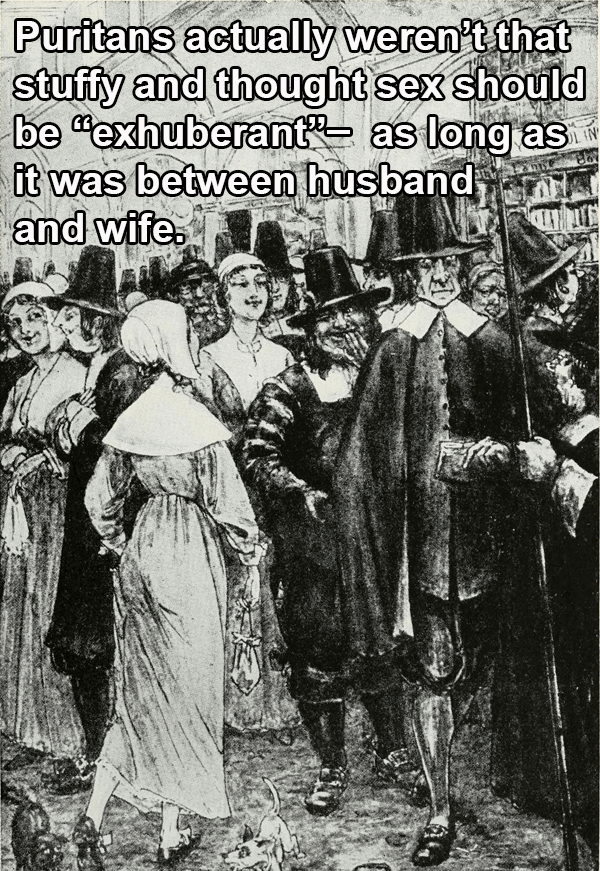 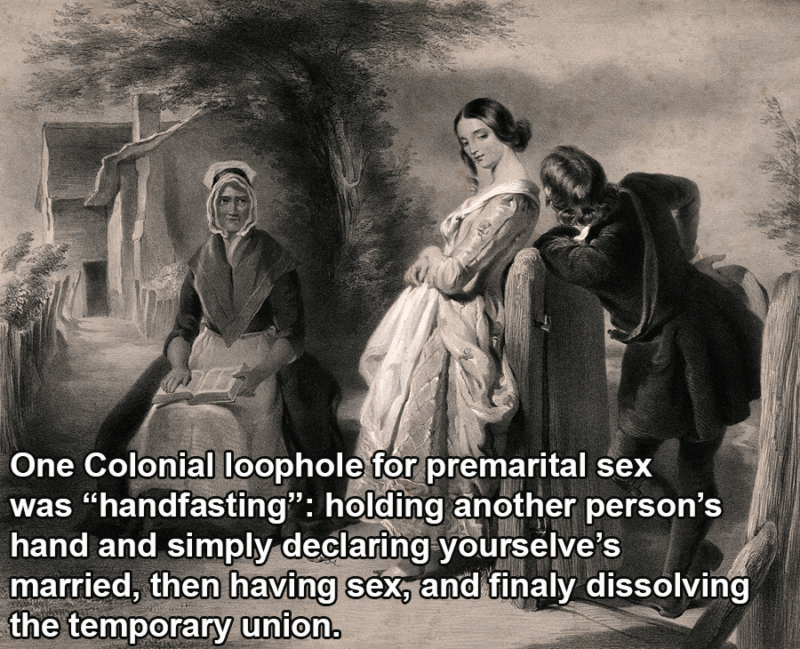 1 of 23
Cleopatra was an innovator of the vibrator and was said to pleasure herself with the vibrations created from a box full of angry bees.Wikimedia Commons
2 of 23
The term "heavy petting" originated in the 1920s, when men and women would hold "petting parties."Kirn Vintage Stock/Corbis via Getty Images
3 of 23
The Ancient Egyptians also engaged in sex with animals, even serpents and crocodiles, believed to be gods in the form of animals.
4 of 23
We may think of a love seat as a small couch today, but for King Edward VII of England, the love seat was a special chair he had at his favorite French brothel that allowed for a comfortable ménage à trois.Wikimedia Commons/National Portrait Gallery
5 of 23
Some of the earliest cases of necrophilia date back to Ancient Egypt, when embalmers would sexually take advantage of the dead during mummification. Bettmann/Getty Images
6 of 23
Ancient Egyptian women avoided pregnancy by shoving crocodile dung into the vagina to act as a diaphragm. Wikimedia Commons
7 of 23
Brothels were so popular with Roman soldiers that special coins depicting sex acts were minted to use as brothel currency with prostitutes. Wikimedia Commons
8 of 23
Female fans of Ancient Roman gladiators would buy their sweat and grime after matches and use it as an aphrodisiac and lubricant. The Print Collector/Print Collector/Getty Images
9 of 23
Ancient Roman gladiator matches sometimes included humans being raped by animals, such as a bull. Wikimedia Commons
10 of 23
Greeks were disturbingly lax with erotic relations between men and boys, which weren't uncommon, although it was considered slightly more inappropriate if the boy was under 12.Wikimedia Commons/Louvre Museum
11 of 23
Male Chinese practitioners of Taoism during the Han dynasty engaged in sex without ejaculating as they believed semen was the essence of life and they didn't want to lose too much of it. Wikimedia Commons
12 of 23
The Mayans regularly used hammocks for sex and had a variety of hammock-friendly sexual positions.Wikimedia Commons/Jacob Rus
13 of 23
One of the earliest forms of erotica was fabliau: raunchy poems performed in medieval France with titles like "The Knight who made cunts speak."Pixbay
14 of 23
Fifteenth-century prostitutes would shave their genital region to combat lice. Then, in order to hide signs of syphilis, the pubic wig was invented. Wikimedia Commons/Stephanie Buck
15 of 23
The idea of witches riding broomsticks originated in Europe in the Middle Ages when some women applied hallucinogens to broomsticks and then delivered the drugs into their systems via the mucous membrane in the vagina.New York Public Library
16 of 23
During medieval times, women who were not virgins would go to weird extremes to give their husband the illusion that they were still virgins. To give the illusion of their hymens breaking, some women would place a leech on their labia the day before their wedding night. The sore left by the leech would then bleed during sex, giving their husbands the impression that they were virgins.Wikimedia Commons
17 of 23
Finding a prostitute in 18th-century England simply meant looking in the guidebook of local escorts.
18 of 23
Premarital sex for Puritans was strictly forbidden and would be punished with a public whipping and stockade confinement.New York Public Library
19 of 23
The ancient Chinese were the earliest inventors of the cock ring. They used goat's eyelashes — for extra tickle stimulation. Wikimedia Commons
20 of 23
Unwed Colonial couples prevented the sin of premarital sex by "bundling": laying in bed with a board between them.History.org
21 of 23
Puritans actually weren't that stuffy and thought sex should be "exuberant" — as long as it was between husband and wife.Wikimedia Commons/NY Public Library
22 of 23
One Colonial loophole for premarital sex was "handfasting": holding another person's hand and simply declaring yourselves married, then having sex, and finally dissolving the temporary union.Wikimedia Commons
23 of 23 There's no denying it: when it comes to sex, people can take it to some pretty far out there places. Considering just how big a role sex plays in the human experience, for the most part, it gets largely ignored in history.

People have been finding strange ways to either get their rocks off or punish those who want to for centuries. Take a closer look at the ancient civilizations of Greece, Rome, and Egypt, and one will find no shortage of sexual practices that were as titillating as they were often times disturbing.

From goat intestine condoms to cases of necrophilia, the ancient world was filled with sexual behavior that would shock even the kinkiest of today.

Jump forward a few centuries and sex has largely been declared a sin where those who enjoyed it were subjected to public humiliation (looking at you, Puritans). Whereas sex in the ancient world was embraced to the point of what modern society would consider aberrant behavior, the Colonial era was almost the complete opposite. Great lengths were taken to prevent young couples from rounding third base and going for home, and those who did could be harshly punished.

The largely prudish view of sex during the 16th, 17th, and 18th centuries resulted in many seeking out prostitutes to satiate their sexual desires. This surge in the world's oldest profession resulted in the creation of everything from pubic hair wigs to sex worker classifieds.

If the sex facts above prove anything, it's that sex has been and always will be fundamental to our collective history.