Wendy Lynn Wein submitted a service request on the fake murder-for-hire website Rent-A-Hitman without realizing the site was a parody. 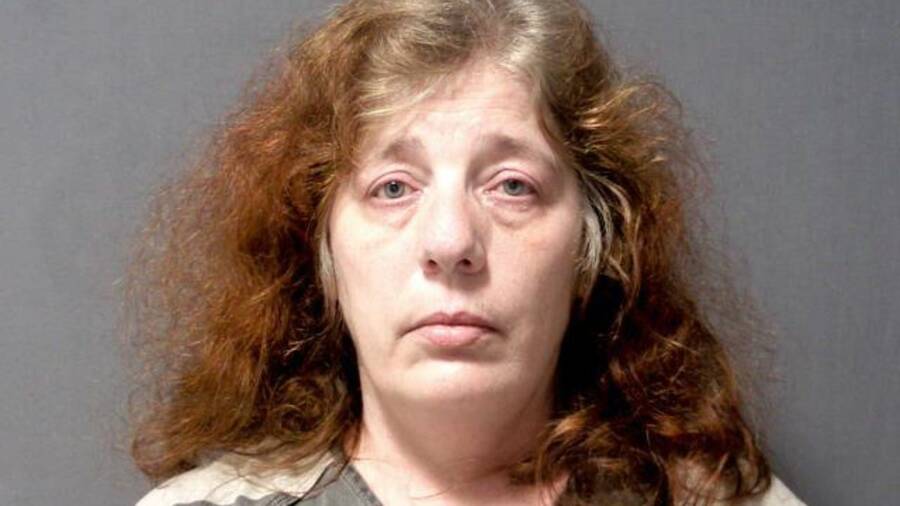 Monroe County JailWendy Lynn Wein wanted to kill her ex-husband because he’d stolen money from her.

When Wendy Lynn Wein decided to kill her ex-husband, she turned to the Internet for help. After some searching, she found a website called “Rent-a-Hitman” and put in a request. But the website is a satiric fake, and Wein has just pleaded guilty to solicitation of murder and using a computer to commit a crime.

“I can’t believe someone would think that a website like this exists,” State Police Lt. Brian Oleksyk said.

But Wein did. The 52-year-old woman from Rockwood, Michigan, first stumbled upon Rent-a-Hitman on July 17, 2020, while searching for someone to murder her ex-husband. Wein alleged that he stole $20,000 from her, and she wanted revenge. At Rent-A-Hitman, she found exactly what she was looking for.

“Since 1920, Rent-A-Hitman has assisted satisfied clients from all walks of life ranging from regular citizens (children & adults) to government employees and even political figures,” the site promises.

“Rent-A-Hitman has seen it all and know just how to precisely handle your delicate situation in a timely manner while maintaining 100% compliance with HIPPA (Hitman Information Privacy & Protection Act of 1964) Guaranteed!”

It also claims to have “17,985 U.S. Based Field Operatives” and lists several customer testimonials from satisfied “former clients.”

“Caught my husband cheating with the babysitter and our relationship was terminated after a free public relations consultation. I’m single again and looking to mingle,” reads one from “Laura S.” in Arizona. 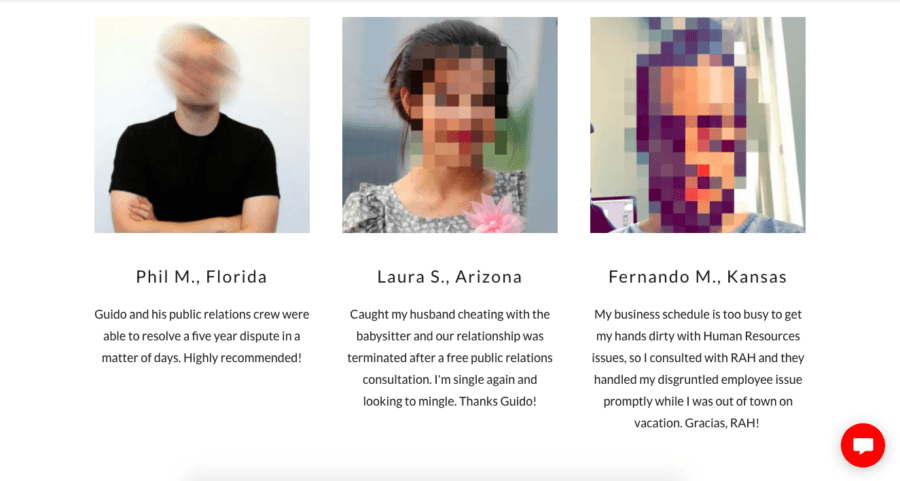 Using a pseudonym, Wendy Lynn Wein filled out a service request to help her with her “issue.” “I prefer not going jail,” Wein wrote. “Thank you for your time.”

But the site wasn’t really a hitman-for-hire service. It was a class project created in 2005 by a man named Bob Innes. And when Innes got Wein’s request, he started communicating with her as a hitman named Guido Fanelli to confirm her intentions before notifying Michigan State Police.

Wein soon agreed to meet with Fanelli — really an undercover detective — at a local cafe. There, she made it clear that she wanted her husband murdered. She shared his home address, work address, and phone number and told the detective she’d pay $5,000 to have him killed.

Later that day, Wein met with the detective again. She handed him $200 as a downpayment to cover travel costs. Then the detective arrested her. She now faces up to nine years in prison. 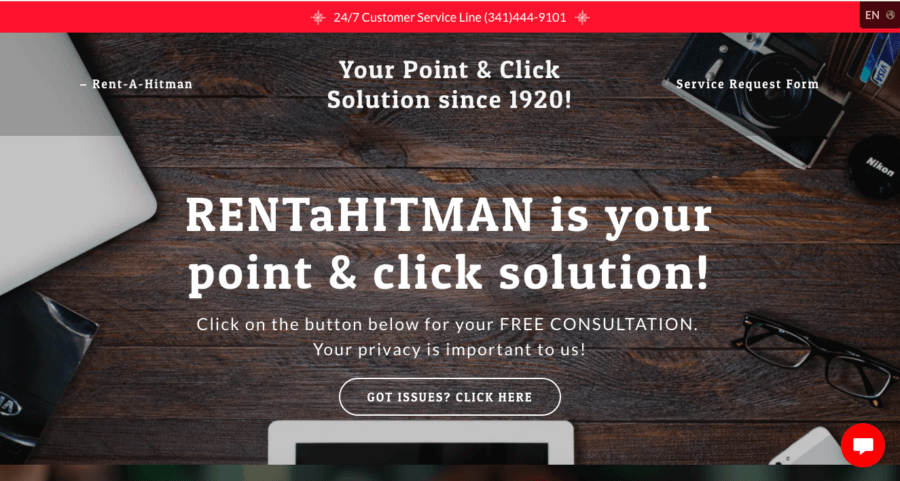 Rent-a-HitmanThe site may look legitimate at first glance but it was created as a class project in 2005.

Incredibly, Wein is not the first person to fall for the Rent-a-Hitman ruse. Innes, the site’s creator, says he ignored the page for three years after creating it for class. But when he checked it in 2008, he found hundreds of emails.

“In 2008 I go back into the inbox to check the emails and I’m shocked there are 250-300 emails from people around the world asking for asset extraction,” Innes said.

To date, he says that he’s received hundreds more inquiries for everything from murders to baby abductions to school shootings. When someone seems serious, Innes turns their information over to the police. He estimates he’s prevented up to 140 crimes by doing so.

Indeed, the website fields a number of dark demands. At the bottom of the Rent-A-Hitman homepage, a carousel of past “service requests” make up an especially gruesome slideshow.

“I want to kill a woman who has seized my happiness and my future,” someone wrote. “I hope this woman can die before May is over.”

Another says, “I want her to suffer… as in dead.”

And one more suggests making a murder look like “a traffic accident or rape.”

For Innes, the odd experience of running a fake hitman website has made him “look a little bit differently” “at human nature.

“I don’t know what’s traveling through somebody’s head when they send an e-mail… There’s a lot of mental illness that’s out there,” Innes told Rolling Stone last year.

“Everybody’s got their own story going on inside their head. And unfortunately, my website is like a magnet for those that are just hell-bent on causing harm to others.”

After reading about Wendy Lynn Wein and the foiled “Rent-A-Hitman” murder, learn about the tragic case of Janice Marie Zengotita Torres, the innocent woman picked up by two hitmen by mistake but killed anyway. Or, see how Dalia Dippolito’s hit against her husband went disastrously wrong.