Archaeologists excavating the city's former agora have unearthed a bone workshop with tools and an oil lamp shop with intact lamps. 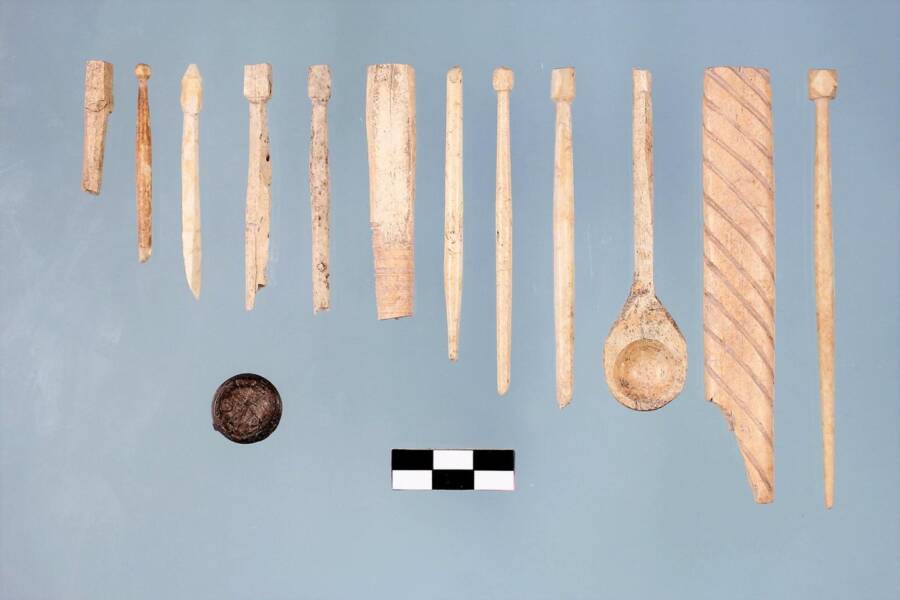 Kütahya Dumlupinar UniversitySome of the tools made from thousands of bone fragments discovered at Aizanoi’s ancient workshop.

The Ancient Greek city of Aizanoi in what’s now western Turkey has long proven itself an archaeological treasure trove. From one of the best-preserved temples to Zeus and a theater-stadium complex to statues of Greek deities, Aizanoi is invaluable. Most recently, it yielded two Roman-era workshops and statue heads that shed new light on life in the ancient city.

According to Smithsonian Magazine, these latest excavations were led by archaeologist Gökhan Coskun from Kütahya Dumlupinar University. His team uncovered a bone workshop where ancient residents made art and built everyday items like spoons and hairpins, as well as an oil lamp shop.

The discoveries followed an August excavation which yielded the headless statue of Hygieia, the Greco-Roman goddess of health. A couple of months later, experts unearthed the stone heads of Aphrodite and Dionysus in a nearby creek. The workshops, however, reveal insight into the actual everyday life in the city.

“Findings from both shops show us that local products were manufactured in Aizanoi,” said Coskun. “It is an important finding for us that important production activities were carried out in Aizanoi during the Roman era.” 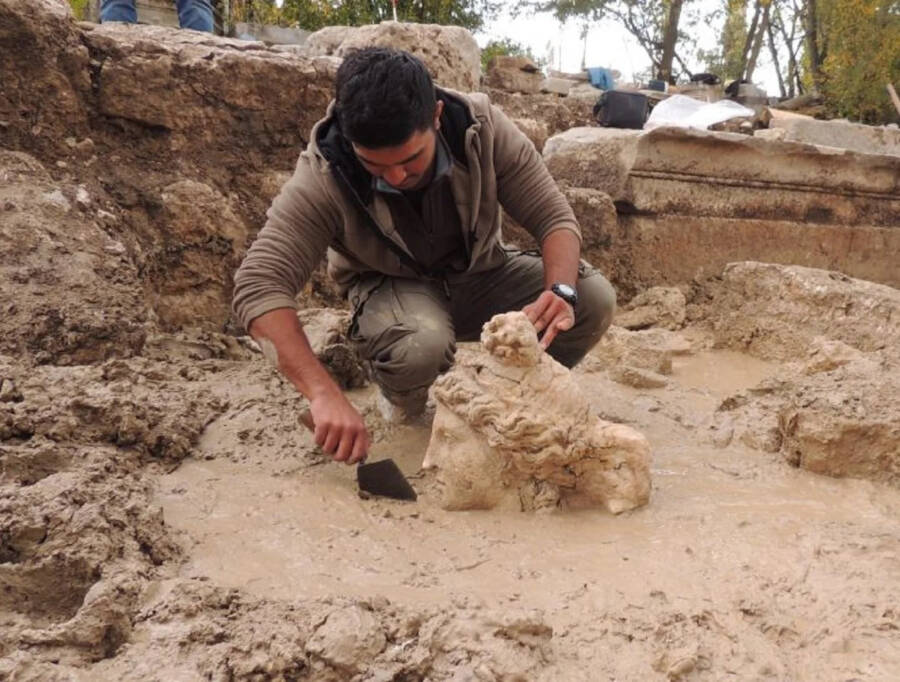 The earliest known evidence of Aizanoi’s founding dates to the third millennium B.C. Located about 31 miles from the center of Kütahya, the ancient city was held by a variety of Anatolian cultures from the Phrygian people and kingdom of Pergamon to the kingdom of Bithynia — until Rome took over in 133 B.C.

Aizanoi subsequently thrived as a regional commercial hub that produced commodities from cereal and wine to wool and stone products. Coskun excavated the city before, but never found anything quite like the bone workshop excavated from the agora — a public space used for markets and assemblies by Ancient Greeks.

“During the excavations, thousands of bone fragments were found inside one of the stores,” he said. “Most of them were bones of cattle. It is understood that some of these pieces were used as raw materials, and they were never processed, while some of them began to be processed, but they are half-worked and unfinished.”

“Some pieces that were processed were turned into artworks. As far as we understand, there was a local bone workshop in Aizanoi during the Roman period and was located in the agora. It served as both a workshop and and a sales shop. Among the processed bone artifacts were mostly women’s hairpins and spoons.” 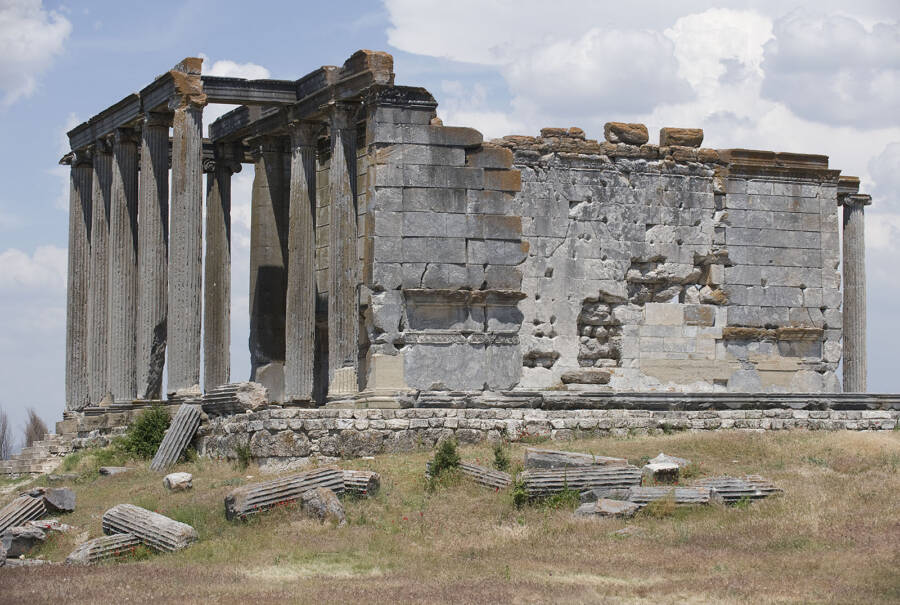 Wikimedia CommonsAizanoi’s Zeus Temple is the best-preserved temple to that particular deity in all of Anatolia.

Coskun explained that the areas of the agora he targeted had never been excavated before. After finding a never-before-seen bone workshop in one part of the former assembly space, he discovered an oil lamp shop in another. Remarkably, many of them survived intact for millennia.

“During the excavation of the other shop, we found many intact and broken oil lamps used as the lighting tools in the ancient period,” said Coskun. “We can see that most of these oil lamps were used. This shows us that not only oil lamps were sold here, but also oil was poured into oil lamps and burned at that time.”

The discovery of Hygieia’s headless statue and subsequent recovery of two stone heads last month was arguably just as stunning. Aphrodite and Dionysus, the goddess of love and god of wine, respectively, were depicted as lovers in numerous Greek myths. Coskun believes those finds promise more to come.

“These are important findings for us, as they show that the polytheistic culture of Ancient Greece existed for a long time without losing its importance in the Roman era,” he said. “The findings suggest that there may have been a sculpture workshop in the region.”

After reading about the workshops discovered in Aizanoi, learn about the stone-cut Roman-era tombs found in Turkey. Then, read about the 2,000-year-old Roman sewer system discovered in Tripolis.