The unnamed patient emigrated from a rural area of Guatemala where he may have picked up a tapeworm 20 years ago. 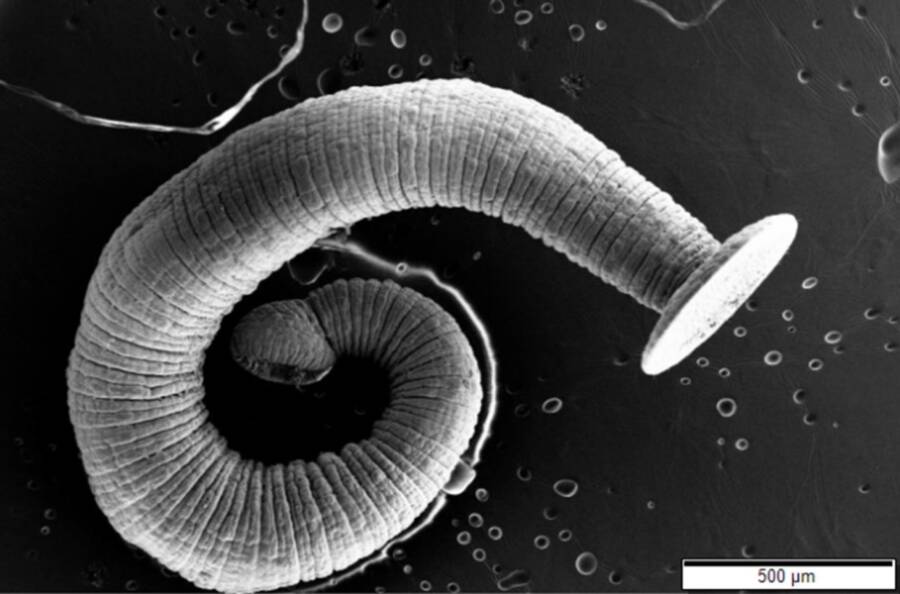 For 20 years, a man living in Boston had a ticking time bomb in his brain. But he didn’t know it until he started having seizures. Then, doctors at Massachusetts General Hospital realized that the 38-year-old’s head had long played host to a tapeworm.

“He’s not the only person this has happened to, but he’s in the minority of individuals we see,” said Edward T. Ryan, the director of global infectious diseases at Massachusetts General Hospital and a co-author of a recent study on the man’s case.

Though the man had no history of illness, never used tobacco or took drugs, and rarely drank alcohol, he woke suddenly one morning at 4 a.m. in the throes of a violent seizure. His wife, alarmed that her husband was “speaking gibberish,” swiftly called 911.

After an ambulance brought him to Massachusetts General Hospital, he seemed “combative” and “disoriented.” He wasn’t responding to any questions or verbal commands, and although his eyes were open, his gaze tilted uncontrollably upward.

Something was wrong. But the doctors weren’t sure what until they took a CT scan of his brain.

It solved the mystery: the man had three brain lesions, which doctors believed came from larval cysts of tapeworms that appeared to have nested in his brain 20 years earlier. Doctors explained that the parasite had long since died but had still caused damage.

“This gentleman was a little atypical, but not amazingly rare, in that his parasites were dead and calcified and there was no living parasite in his brain for one or two decades,” Ryan explained.

“The infection was long gone, but part of his brain was scarred — and that scarred area was leading to the seizures.”

He was diagnosed with neurocysticercosis, a tapeworm infection that impacts the brain. It’s known to cause confusion and seizures and can even be fatal. But the symptoms don’t always manifest right away.

Doctors noted that the patient came from a “rural area of Guatemala” where parasitic-related illnesses are endemic. They suspect that he likely ate a meal prepared by someone who had a tapeworm. That person may have had dirty hands, which allowed “microscopic eggs” to enter the food they were cooking.

Those eggs then entered the man’s body and hatched. Then, the larvae made their way to the patient’s brain.

“On the basis of the features of the patient’s presentation, the fact that he had been healthy the day before the seizure, and his history of living in a rural area of Guatemala, neurocysticercosis is the most likely diagnosis in this case,” explained wrote Andrew J. Cole, the study’s lead author. 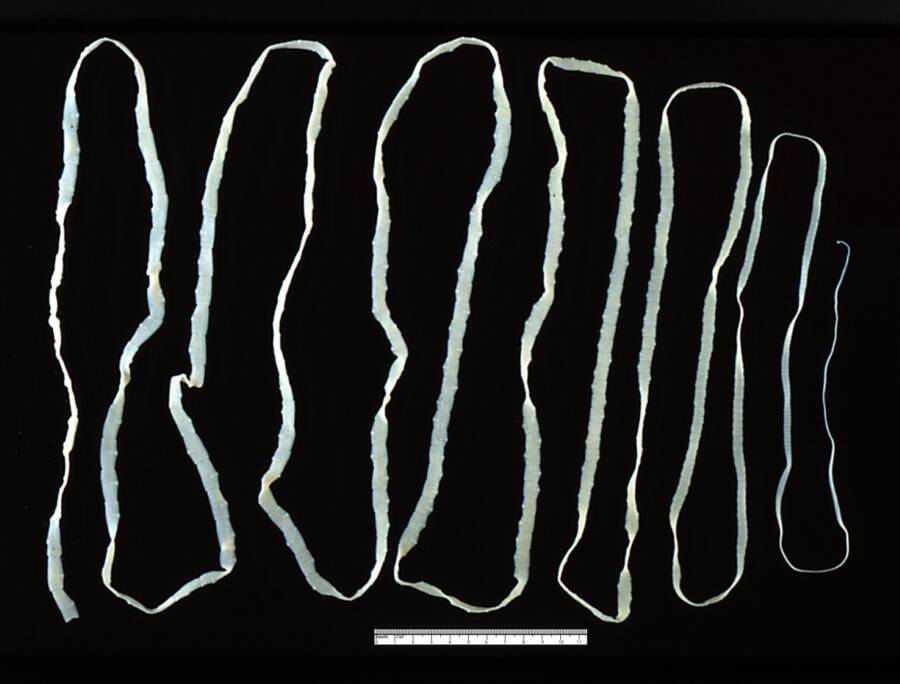 Fortunately, the patient has responded well to treatments. He was given medicine to treat his seizures, then took two weeks of the tapeworm medication ivermectin and four weeks of a high-dose parasite solution.

Doctors have also monitored him for three years. They note that the swelling in his brain has decreased and that he had no seizures while on medication.

“He seems to be doing fine,” said Ryan. “The good news is he continues to do well and be seizure-free.”

Though the patient’s case is rare, he’s hardly the first person to suffer from tapeworm-related infections. Soldiers returning to England from India in the 1930s presented a strange “inflammatory response” years after their initial exposure to tapeworms.

More recently, a Texan man suffering from headaches and fainting spells was also diagnosed with neurocysticercosis, a diagnosis that likely saved his life.

To avoid tapeworm infections like the one suffered by the man in Boston, the CDC and the Mayo Clinic recommend avoiding undercooked meat, staying away from places with endemic parasitic infections, and practicing good hygiene.

After all, tapeworm infections can remain “indolent” for years. But once they start to trigger a response — especially in the brain — it can be extremely dangerous.

After learning about the man with a tapeworm in his brain, learn about the woman who was diagnosed with a tumor — but had a tapeworm in her brain. Or, discover the story of Jody Smith whose brain surgery removed his ability to feel fear.