Jody Smith walked out of the hospital with a newfound sense of confidence — and has since faced down cliff edges and muggers without so much as breaking a sweat. 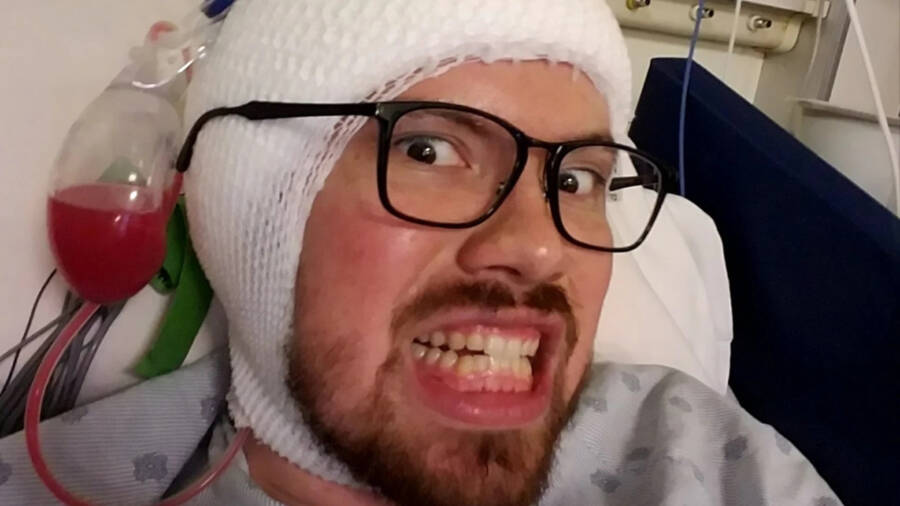 Jody Smith was 26 years old when he was diagnosed with epilepsy — and relieved. With a childhood full of seizures that he didn’t realize were epileptic, he was glad to have some answers. After complex surgery that removed part of his brain at 28, he has come to the staggering realization that he no longer feels any fear.

While we human beings are inherently aware that we will one day die, Smith had been overly consumed by the notion. He would experience several moments of panic and anxiety on a daily basis, but attribute them to the trauma from both his father and brother dying when he was young. That is, until he saw a neurologist.

Diagnosing Smith was easy, but curing him of the debilitating seizures and resulting fear was far more complex. Doctors first implanted probes into his brain to locate the region triggering his attacks, and then proposed something alarming — to remove part of Smith’s temporal lobe, amygdala, and hippocampus.

“Surgery was the only option to prevent the chance of the seizures getting worse, continuing to damage my brain, or potentially killing me,” he told VICE. 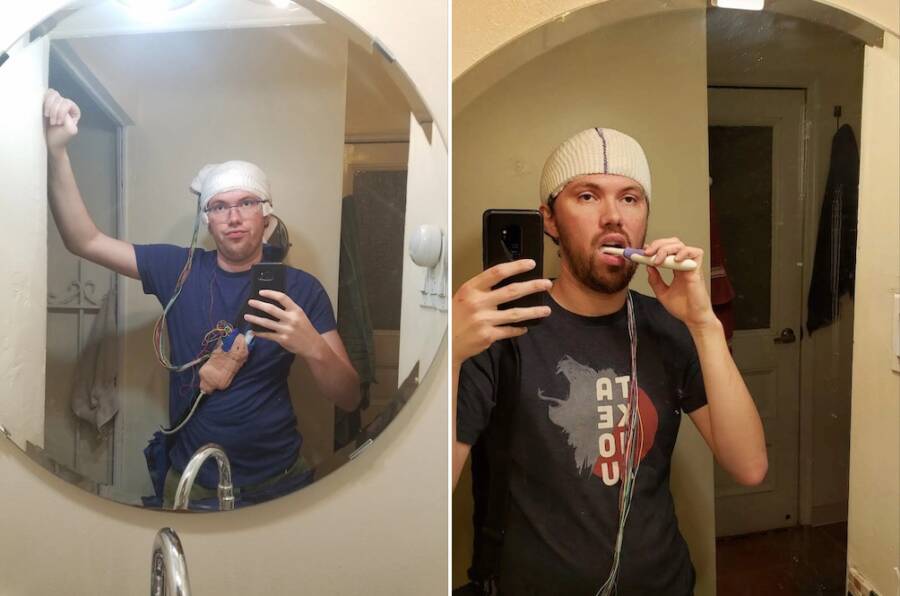 It’s important to note that Smith is still very much a human being, and aware of what could cause him harm. He referred to the fear he feels now as the “more logical version.”

Indeed, two weeks after surgery, however, he did began to experiment with his newfound abilities — and found them rather useful after purposefully testing their limits.

“As an avid hiker, I frequently find myself near cliffs,” he said.

“The experience of fear near cliffs was clearly different. I still didn’t want to fall, and would still feel tense if I started to slip when scrambling, but I didn’t feel the fear part of that. That’s when I started to experiment a bit with my fear: by intentionally walking towards cliffs to see what my instincts would say.”

Another incident saw Smith wandering about Newark, New Jersey, when it became clear that an encroaching group of men was looking to mug him. While this would have triggered extreme panic or even a seizure before, Smith calmly passed through them — to their surprise.

“Apparently, my lack of fear struck them,” he said.

And when Smith reported back to his surgeons, it turned out this wasn’t entirely unexpected.

“I spoke to my neurosurgeon about how I was not scared of death as much anymore. And he was like ‘Yep, makes sense. I took out your amygdala.'” 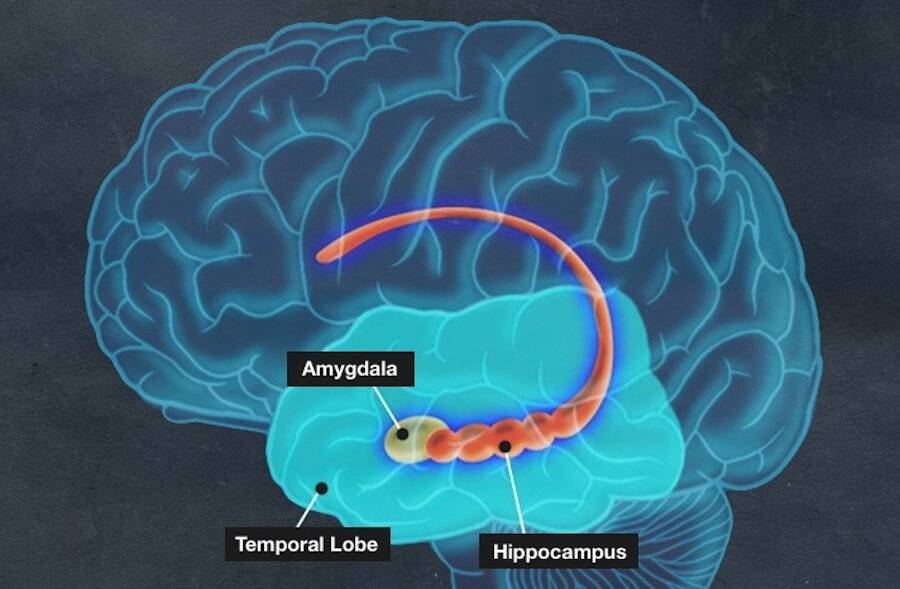 For those who knew Smith before his life-altering surgery, the now-32-year-old is a palpably different person than he was at a previous family gathering. Then, the New Yorker’s fight-or-flight response had kicked in, leading him outside for air — when he blacked out for 20 minutes and awoke crawling in the neighbor’s yard.

It was clear after being diagnosed with epilepsy that this would only get worse. He thus allowed doctors to probe his brain for an entire week while trying to trigger a seizure in order to find the cerebral culprit. To stay awake during those sessions, Smith resourcefully listened to Skrillex at full volume.

The courageous patient then agreed to surgery that was a little more than slightly invasive. Doctors took a scalpel to his right amygdala, which is responsible for a person’s threat-response behavior, as well as the front half of his right temporal lobe, and the right hippocampus — releasing him into the world three days later.

It was then that he noticed surgery hadn’t just removed something, but given him newfound tools to live more boldly. 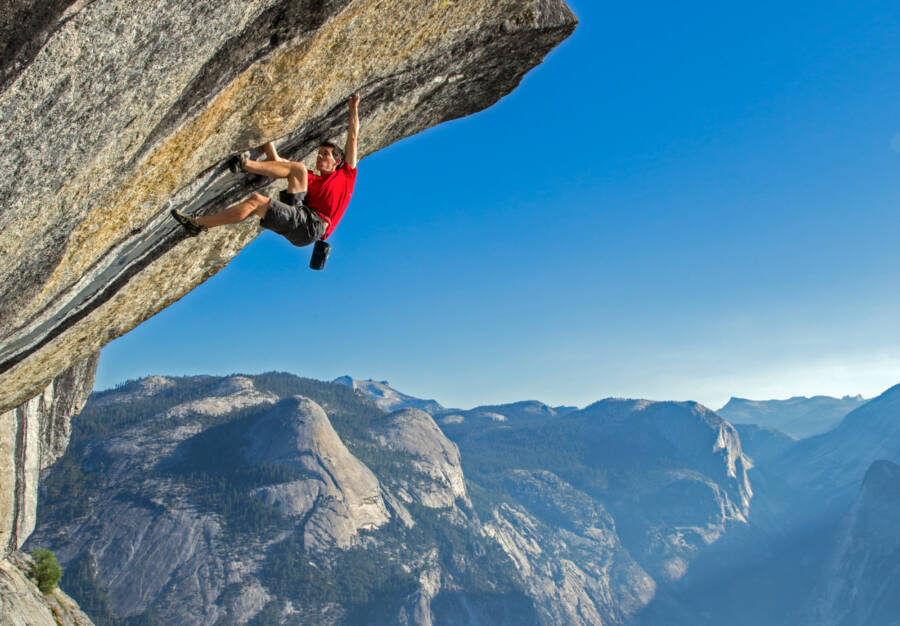 Wikimedia CommonsFree-climber Alex Honnold was found to have a “greatly diminished” amygdala.

For experts in the field, Smith’s fearlessness is no surprise. Dr. Sanne van Rooij of Emory University, for instance, studied two patients suffering from post-traumatic stress disorder in 2020 — and saw them cured of it following laser surgery on their amygdalae.

Most notable is the case of Alex Honnold, the free climber who scaled Yosemite’s 7,569-foot rock formation of El Capitan without ropes in 2017. Clearly more fearless than most, he became the focal point for neuroscientists who found a “greatly diminished” amygdala in his brain through MRI.

While many would find Honnold’s feats terrifying, rather than a liberating freedom, Dr. Van Rooij has assessed that such a loss of fear “is not necessarily a worrying outcome.”

“While responding to fearful stimuli has always been considered essential for survival, this is less essential for most in present society where most threats can be learned, in contrast to ancient days when survival was dependent on appropriately reacting to sensory stimuli indicating danger,” sand Dr. Van Rooij. 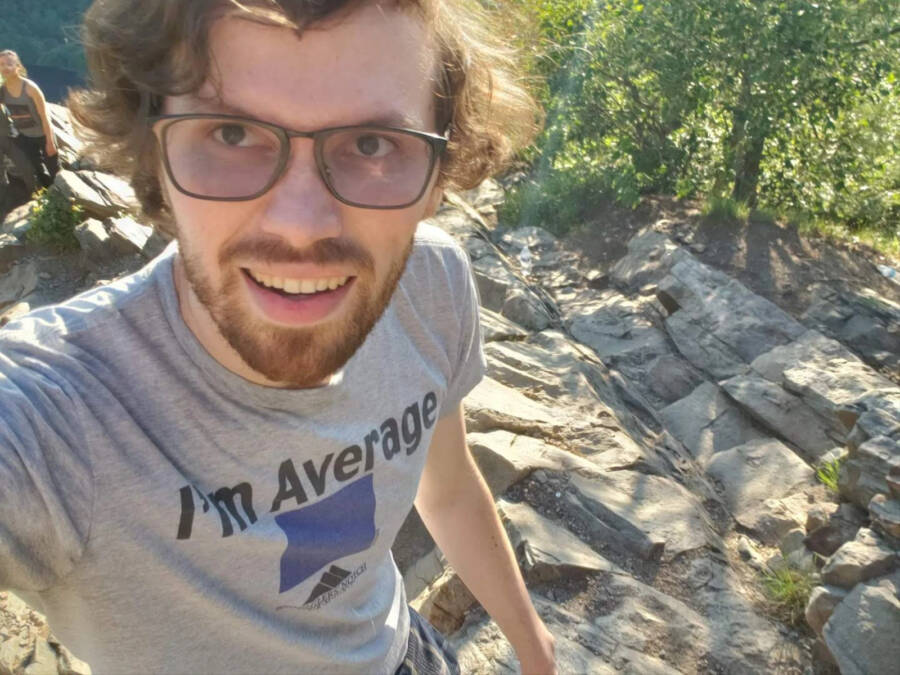 Ultimately, we now find ourselves in an age where humanity has the tools to modify its threat-response centers. Since we’ve only just begun to delve into this discussion and have much left to learn about the brain, experts will have to wage scientific study and debate to settle how necessary our fear actually is.

For Jody Smith, the answer is fairly evident.

“I still don’t want to make mistakes,” he said. “I still feel a desire to avoid harm. But the instinct of avoiding harm is mostly gone.”