Like the insects but not the dirt you have to enter to discover them? These damselfly photos bring nature's surprises right to you. 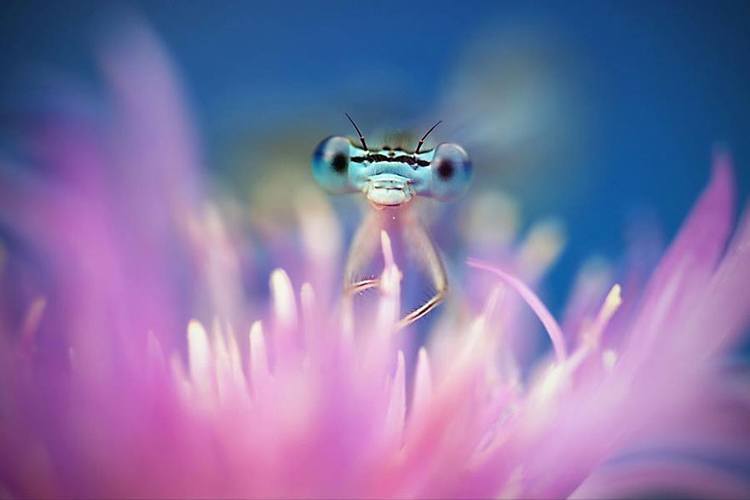 Anyone who enjoys insects will fall in love with these damselflies–captured by Romanian photographer Remus Tiplea–and their quirky “expressions”. Often mistaken for dragonflies (which along with damselflies are included in the Odonata order of carnivorous insects), damselflies can be differentiated by their wide-set eyes and slender body shape. 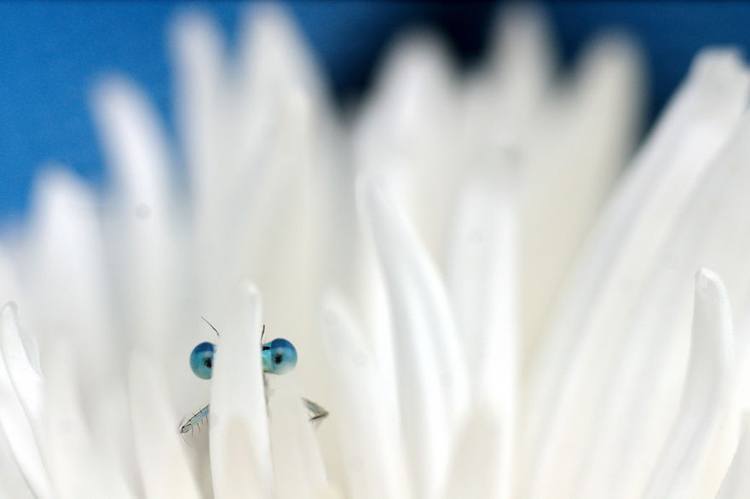 Over 5,000 species compose the ancient order of Odonata, which means “toothed ones”. To say they are ancient insects is no joke; these little guys were around even before the dinosaurs. 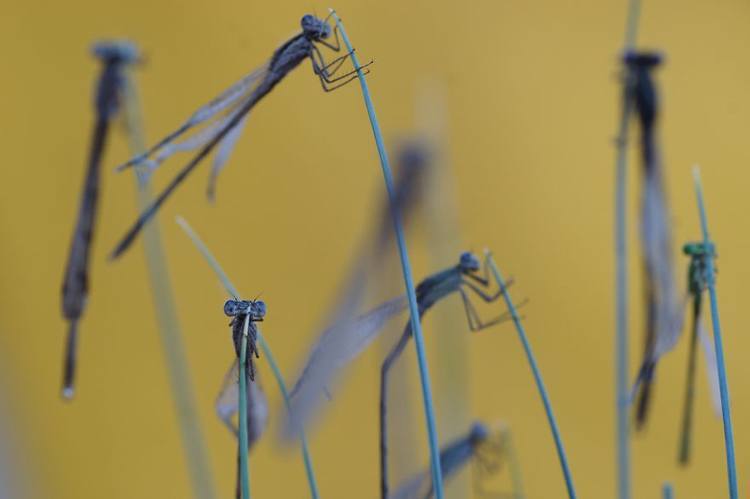 The damselfly starts its mornings as many of us wish we could: by basking in the sun to “warm up” for the day’s events. On overcast days, the fly will beat its wings together to make its own heat. Once warmed up, the damselfly almost never stops moving until nighttime, when it rests vertically on plant stems and only moves if its life is in imminent danger.

Even the damselfly has to eat, and no doubt its eating ritual is just as quirky as its appearance. The fly will capture its prey (including tiny crustaceans and even fish) while hovering mid-air, and retain it with the sticky hairs on its legs–munching as it flies.

Like males of many kinds in nature, the male damselfly is more colorful than the female. This makes their mating ritual all the more fantastical. Most male damselflies revolve around a female in different flight patterns to show off their “fitness” and vibrancy. Generally, if a female is interested, she sticks around to watch. If not, she simply flies away. 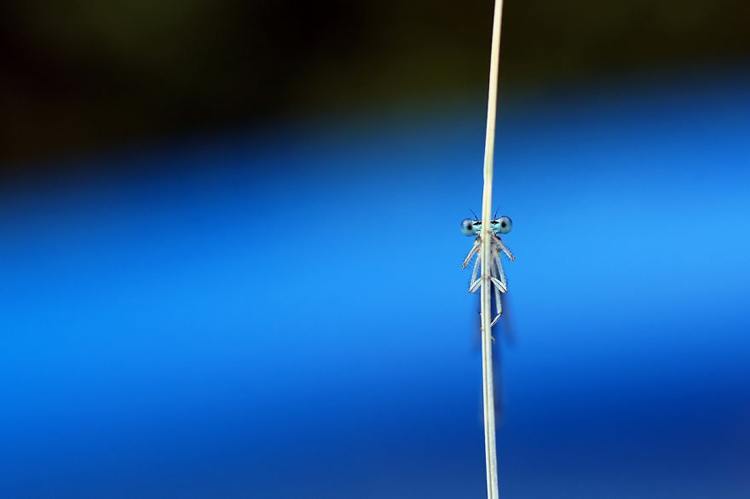 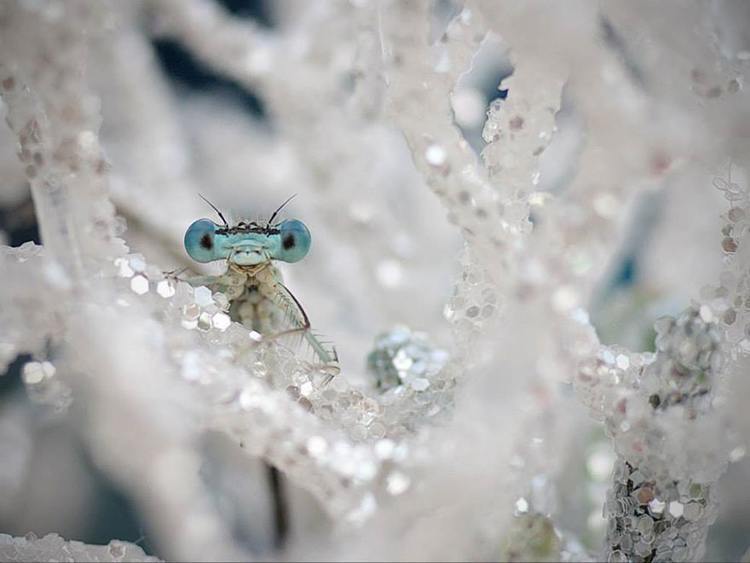 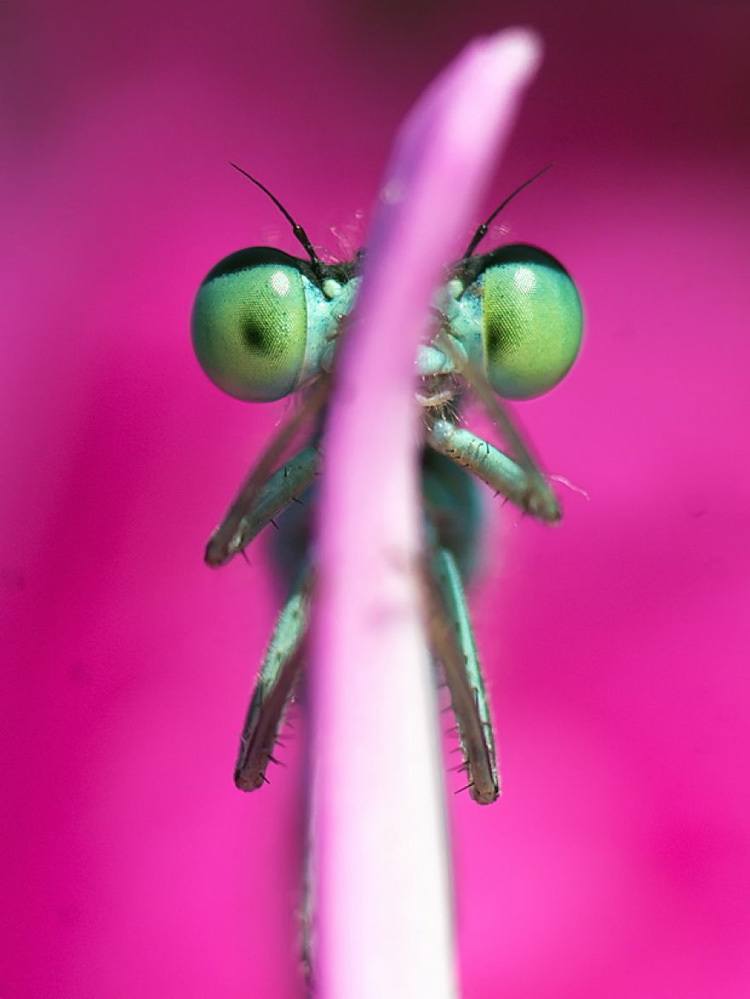 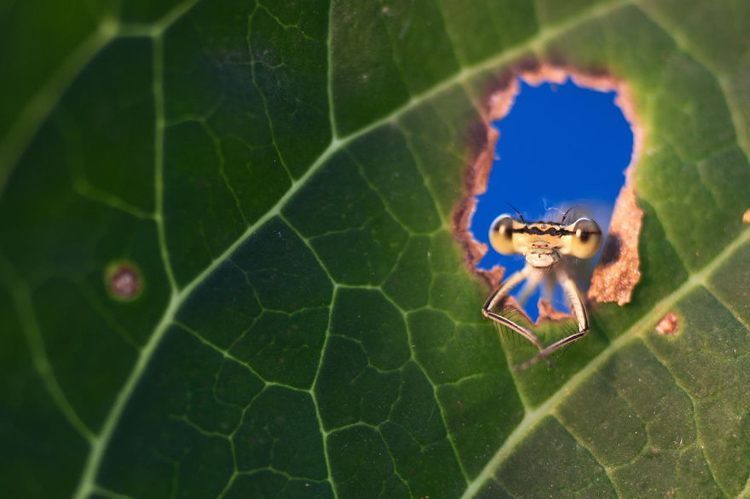 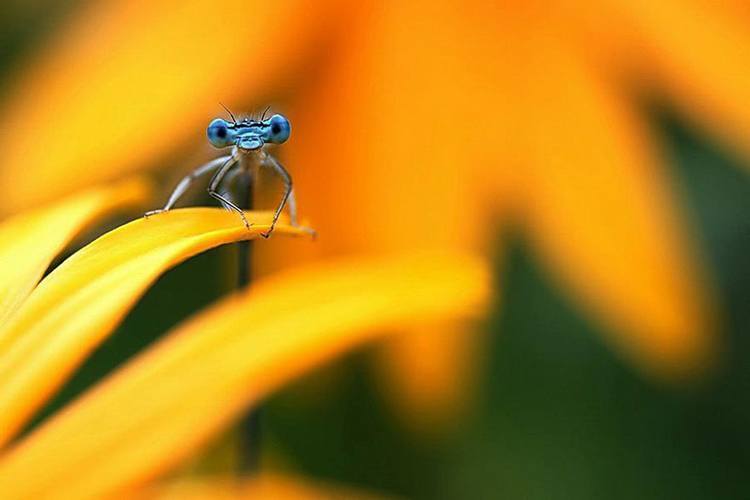 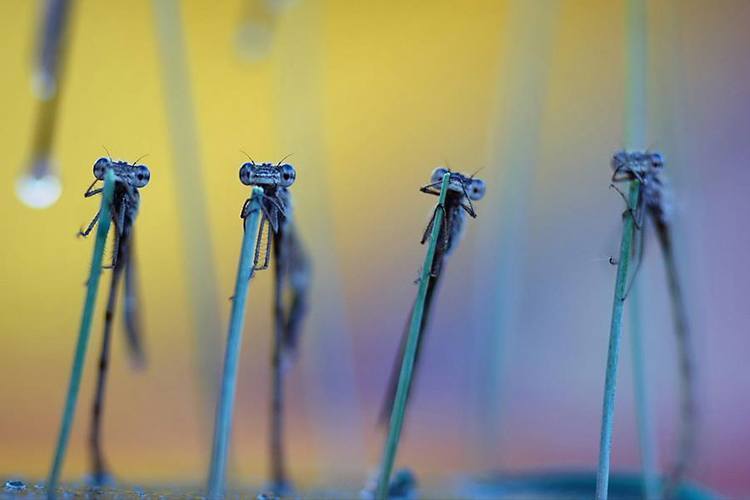 Damselflies live on every continent except Antarctica and feed on insects such as mosquitos and flies. Since the damselfly and dragonfly are sensitive to pollution, they are quite useful as indicators of a given ecosystem’s health. Damselflies rely on freshwater habitats, and while they are poor swimmers, they thrive on plants found in these areas and the aquatic bugs found nearby. Their long, tail-like appendages also act as a set of gills to get oxygen from the water.

Like many other insects and animals today, damselflies face the possibility of greatly reduced numbers due to deforestation, water pollution, and the introduction of predators into their habitats. When, for example, Hawaii introduced the mosquitofish into its ecosystem in order to control the mosquito population in the late 20th century, the mosquitofish greatly diminished the mosquitos–along with the damselflies. 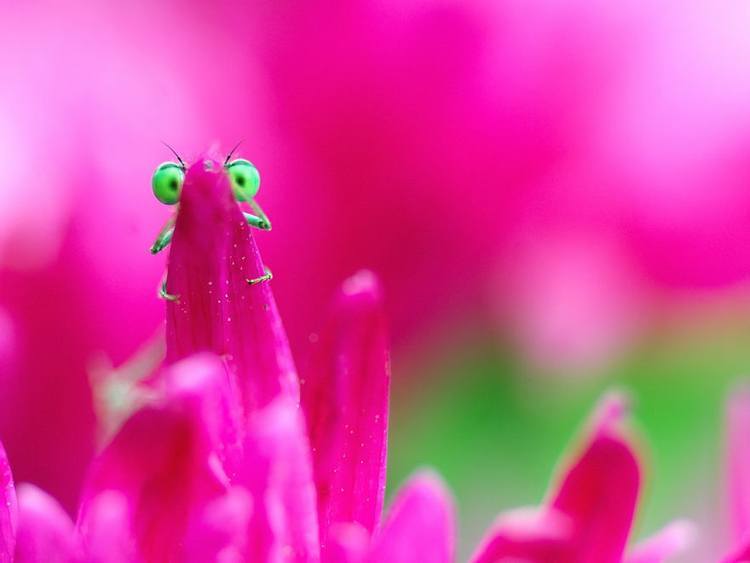 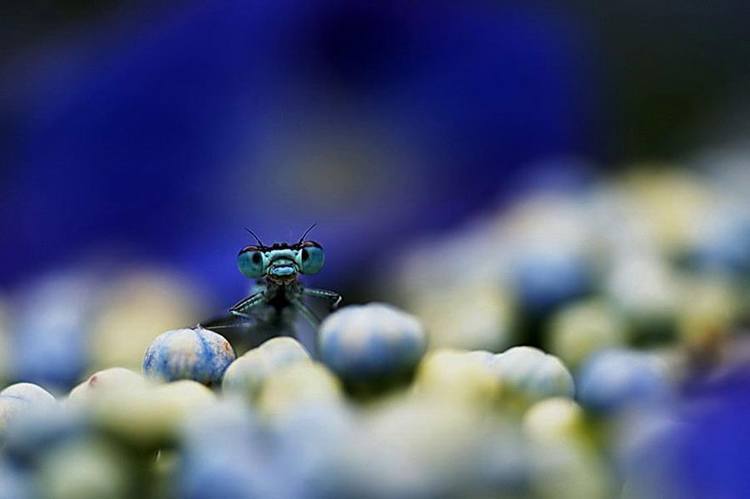 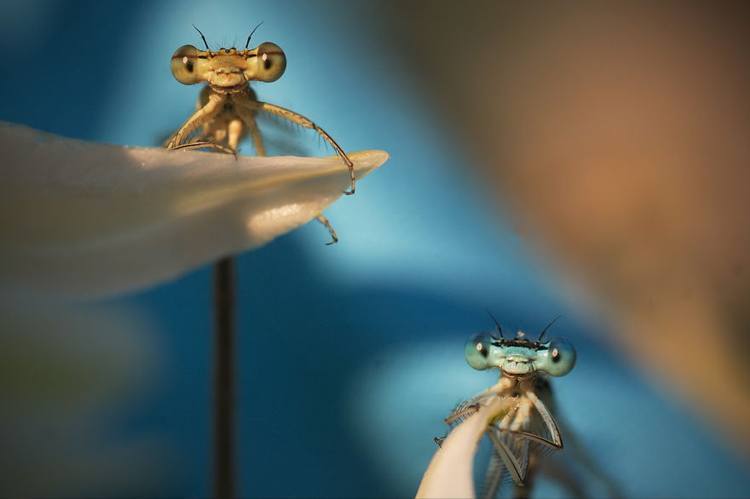 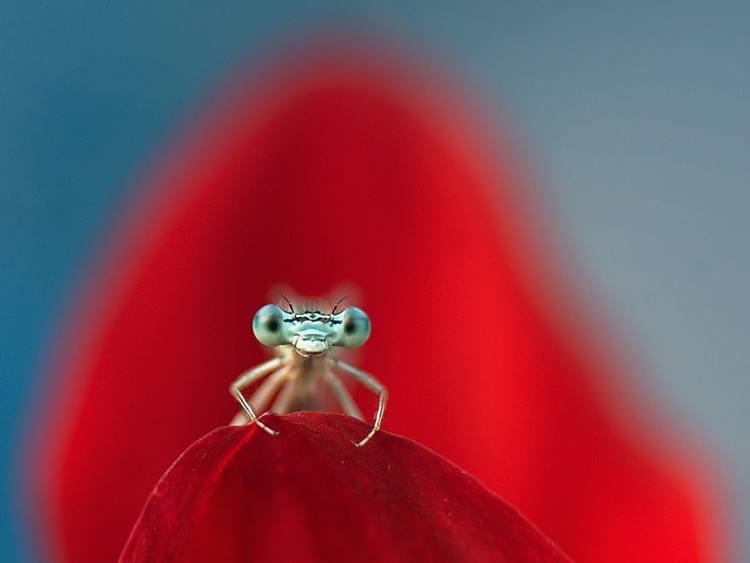 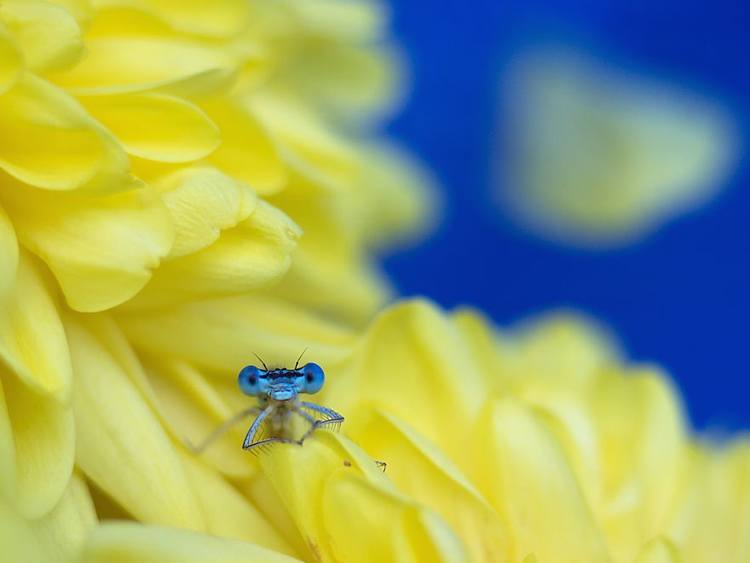 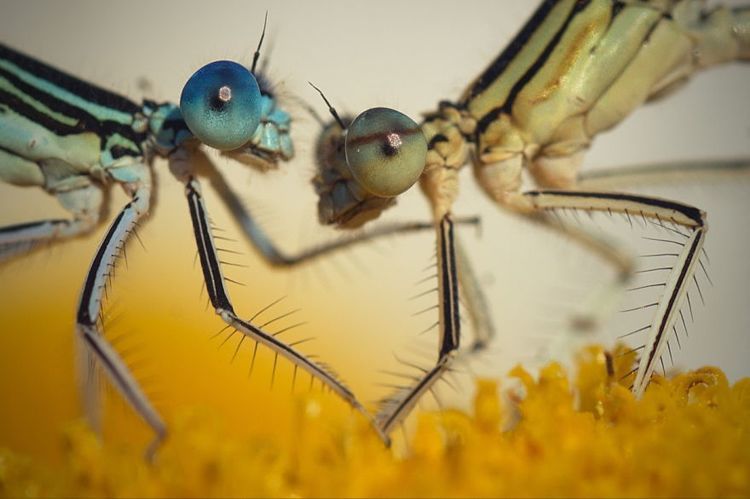 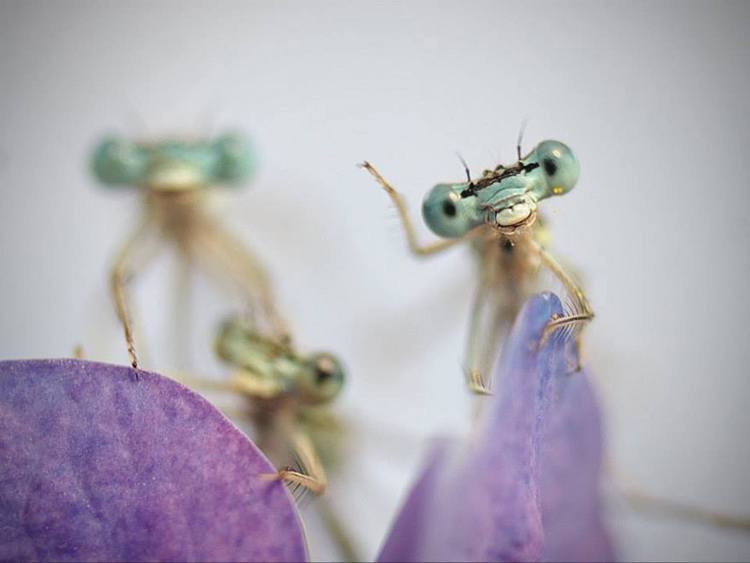