Joe Metheny, The Killer Who Made His Victims Into Burgers – And Sold Them To Unsuspecting Customers

Though police only connected him to three murders, Joseph Roy Metheny claimed to have slaughtered a total of 13 victims, some of whom he allegedly turned into patties that he sold to unwitting customers on a Baltimore roadside.

When the police arrested Joe Metheny for assault in December 1996, they expected him to put up a fight. The 6’1″, 450-pound lumber worker apparently had a tendency to fly off the handle. At the very least, they expected some resistance.

What they didn’t expect to hear was a detailed and upfront confession — the brutality of which shocked the police, especially when Metheny added, “I’m a very sick person.”

In his confession, Metheny described to police how he viciously raped, murdered, and dismembered sex workers and people who were homeless. However, these victims just served as a substitute for his one intended victim: his runaway girlfriend.

Then, Metheny confessed to his most disturbing crimes. Not only did he himself eat some of the victim’s flesh, but he served it to other unknowing people as well. 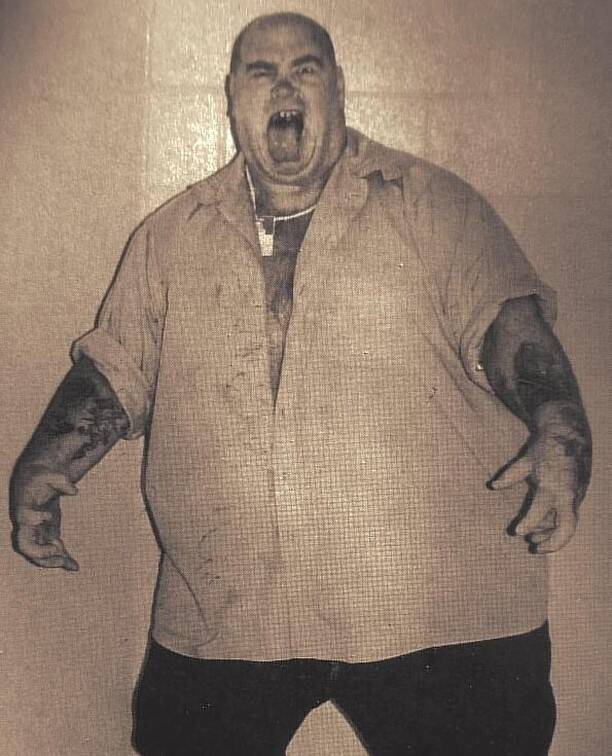 MurderpediaSerial killer Joe Metheny claimed to have murdered 13 people, but evidence of only three murders committed by him has been found.

Joe Metheny had always been rough. He endured a childhood of neglect with an absent, alcoholic father and a mother forced to work extra shifts to support her six children. They lived in Essex, near Baltimore.

Not many other details are known about his younger years, but his mother says he joined the Army in 1973 when he was 19. They lost touch after that.

“He just kept drifting further and further away. I think the worst thing that ever happened to him was drugs. It’s a sad, sad story.” She said.

Upon leaving the Army, Metheny worked blue collar jobs in lumberyards and and as a truck driver. Then came the incident that sparked his desire for revenge.

In 1994, Joe Metheny was living with his girlfriend and their six-year-old son in South Baltimore. As a truck driver, he was on the road for long stints at a time. One day, he came home to find his girlfriend gone — along with their child.

Like Metheny, she had a drug addiction, and Joe believed she left with another man and took to living on the streets with him. He flew into a rage. He spent days looking for them — checking halfway houses and even under a certain bridge where he knew his wife used to buy and do drugs.

Under the bridge, he found not his wife — but two homeless men whom he believed knew her. When they gave no indication that they knew where his family was, he killed them both with an ax he’d brought along.

Immediately afterward, Metheny allegedly noticed a fisherman nearby who could have seen what he’d done. Just in case he had, Metheny killed him, too. Some people deem these first three killings crimes of passion, though he’d later develop a taste for murder.

As soon as he realized what he’d done, Metheny panicked and tossed the bodies into the river to hide the evidence.

He did get some closure on his son’s whereabouts, saying, “I found out about six months later she had moved on the other side of town with some asshole that had her out selling her ass for drugs. They got busted for drugs and they took my son away from them for child neglect and child abuse.”

Police arrested Metheny for the murders of the two men under the bridge, and he spent a year and a half in the county jail awaiting trial. However, he was acquitted of any charges, as he dumped their bodies in the nearby river and investigators could not find them. 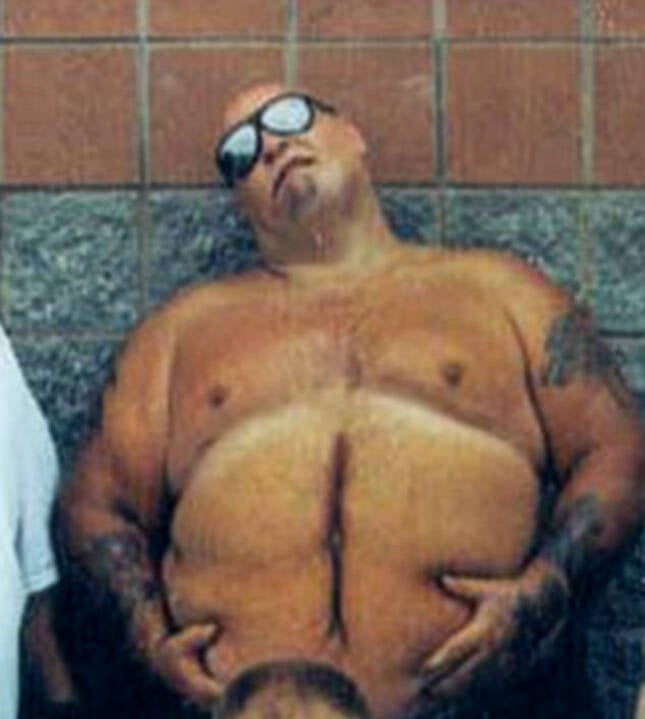 Library of Crime/FacebookJoe Metheny in prison.

Without physical evidence tying him to the crimes, Metheny went free. He resumed his original quest of seeking out his missing wife and child — but this time, something was different.

Though he had spent a year and a half awaiting his trial, jail time had clearly done nothing to slow Joe Metheny down. Shortly after being released, Metheny murdered two sex workers when they failed to provide him with information on his missing girlfriend. This time, however, he had a better idea for disposing of their bodies.

Instead of tossing them in the river, Metheny brought the bodies home. There, he dismembered them and stored the meatiest parts of them in Tupperware containers. What didn’t fit in his freezer, he buried in a truck lot owned by the pallet company he worked for.

It seemed that he was now murdering people for sport as much as for revenge.

Over the next several weekends, he mixed the sex workers’ flesh with beef and pork, forming it into neat little patties. He would sell these meat patties out of a small barbecue stand he opened on the side of the road.

During this time, his customers would all consume bits of human flesh. They became unwitting hiding spots for the bodies of Metheny’s victims.

Whenever he needed more “special meat,” Metheny would simply venture out and find another sex worker or a vagabond. He later told police that he received no complaints on the meat tasting funny. In fact, no one seemed to notice that his burgers had a little something extra in them.

“The human body tastes very similar to pork,” he said. “If you mix it together no one can tell the difference … so the next time you’re riding down the road and you happen to see an open pit beef stand that you’ve never seen before, make sure you think about this story before you take a bite of that sandwich.”

Joe Metheny was finally caught in 1996 when a would-be victim named Rita Kemper managed to escape his clutches and ran straight to the police.

During his interrogation, Metheny willingly offered up a confession. He gave details about each of his murders, even mentioning the murder of the fisherman from several years before. According to his confession, he killed 10 people — and authorities say there’s no reason to believe he would’ve stopped there had they not captured him.

Eventually, a jury found him guilty and sentenced Metheny to death. However, a judge overturned this verdict in 2000 and changed it to two consecutive life sentences. 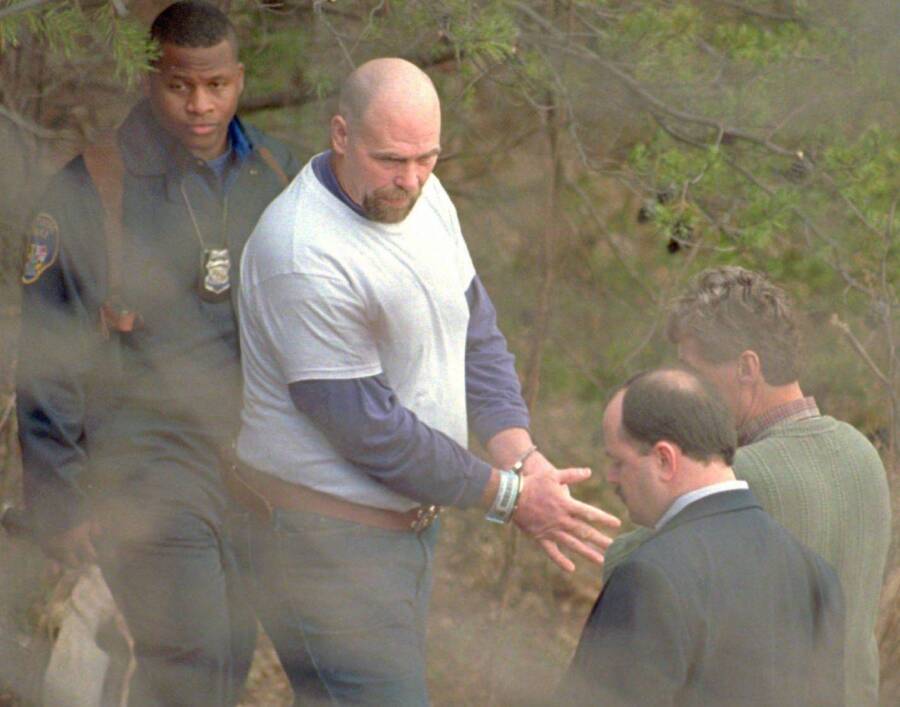 WBALTVMetheny was found dead in his jail cell in 2017.

“The words ‘I’m sorry’ will never come out, for they would be a lie. I am more than willing to give up my life for what I have done, to have God judge me and send [me] to hell for eternity… I just enjoyed it,” he said at his trial.

“The only thing I feel bad about in any of this, is I didn’t get to murder the two motherfuckers I was really after,” he said. “And that’s my ex ole lady and the bastard she got hooked up with.”

In 2017, guards found Metheny unresponsive in his cell at the Western Correctional Institution in Cumberland at about 3 p.m. They pronounced him dead shortly afterward, thus ending his horrifying saga.

After reading about the gruesome crimes of Joe Metheny who cooked his victims into hamburgers he then sold, check out Ed Gein, who also did unspeakable things with the bodies of his victims. Then, check out Marvin Heemeyer who took revenge to a whole other level with his killdozer.