The Bronze Age site was first discovered accidentally in 1991 by a pilot. Since then, excavations have continued to reveal new and macabre details about the site's brutal ritual purpose. 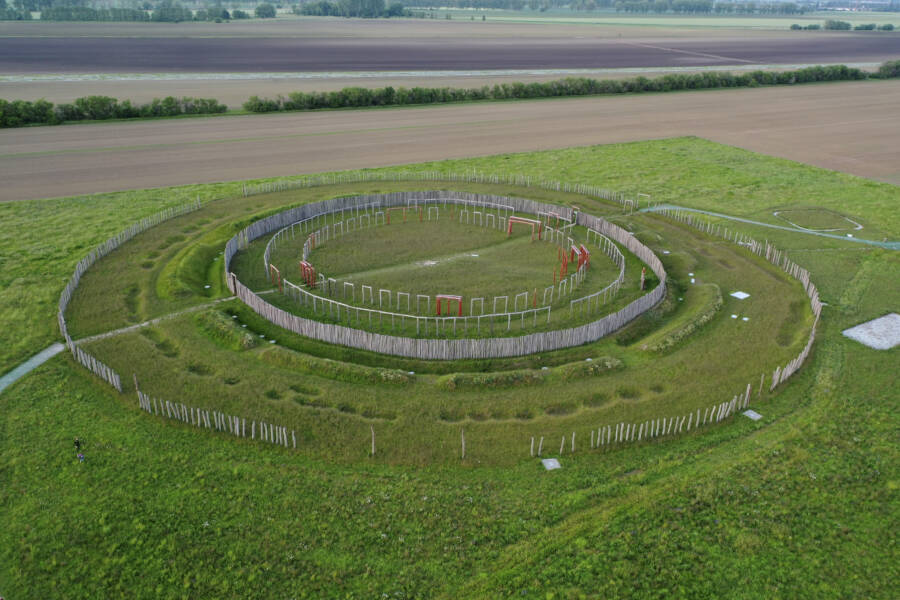 Since 2018, archaeologists have known that Germany’s Ringheiligtum Pömmelte, or Ring Sanctuary of Pömmelte, was a hub for celebrating astronomical events and a site of ritual sacrifice.

Now they have discovered 130 dwellings, showing for the first time that it was also a sprawling settlement. And they estimate that at the time it was constructed 4,200 years ago, it was the largest Early Bronze Age settlement in all of Central Europe.

Unlike its British counterpart, Ringheiligtum Pömmelte is not a true “stone” henge. The structure is almost entirely made of wooden posts, with only some rock markers used for its concentric, circular shape. It earned its monicker, however, by similarly being used to celebrate solstices and equinoxes.

Previous excavations at the late Neolithic site yielded the dismembered bodies of women and children. Many had clearly sustained extreme skull and rib fractures, leading experts to deem the place a ritualistic site of sacrifice that potentially saw victims killed to coincide with seasonal changes. 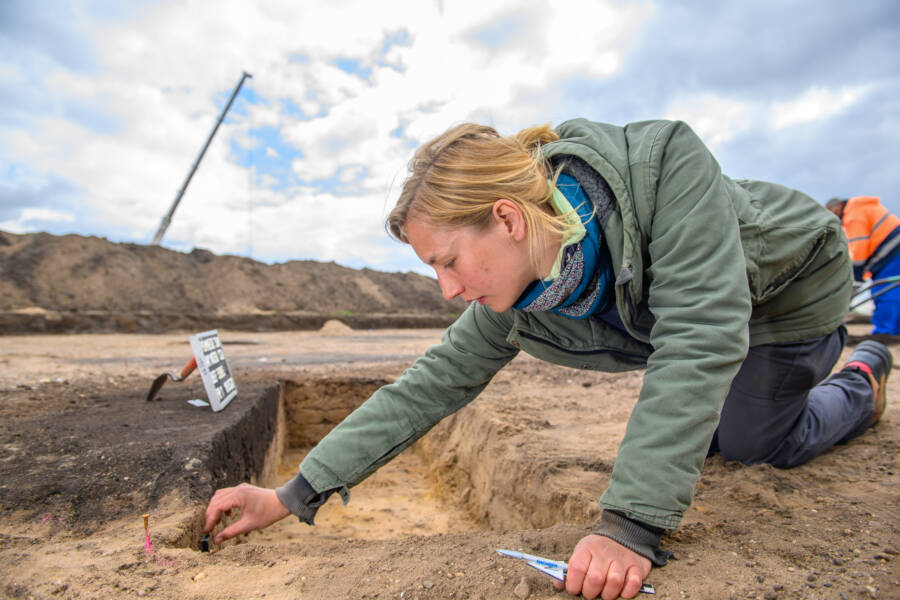 From the site’s initial discovery in 1991 to the study detailing these graves in 2018, historians had no idea that there was another use for the area.

Ongoing excavations that began in May 2021 unearthed an additional two burials, as well as 20 ditches and more than 80 complete house plans totaling 130 dwellings.

Perhaps most interesting is that the excavated structure have been dated to substantially different time periods and cultures. Some dwellings were even found to have been built by the Bell Beaker culture concurrently with Ringheiligtum Pömmelte, some 500-600 years before the sacrificial human remains have been dated to.

Most of the dwellings, however, have been dated to 4,200 years ago, placing them squarely in the hands of the Unetic culture, suggesting a longevity rarely seen in these locations.

The site is about 85 miles south of Berlin and was discovered accidentally in 1991 by passengers of a small plane who happened to be looking out the window at the right time. 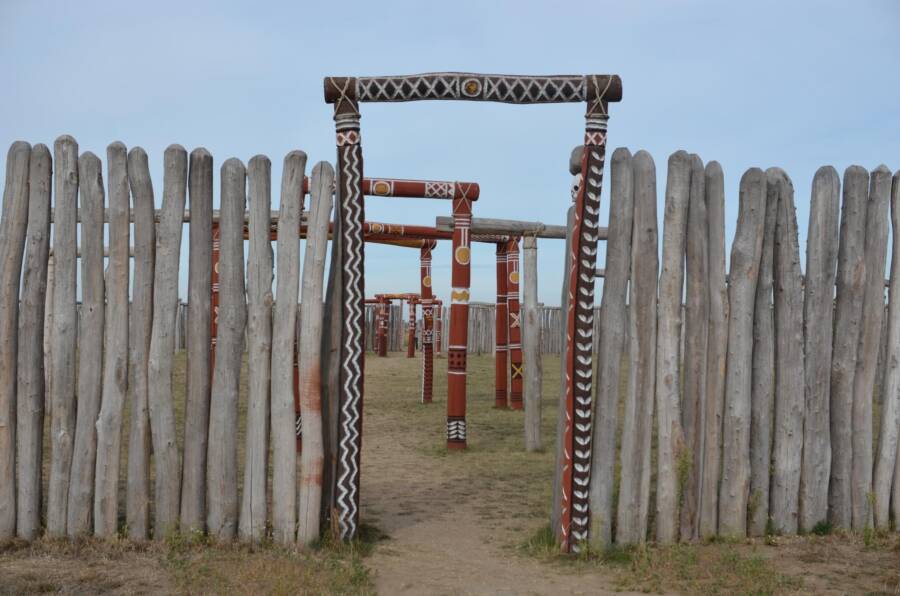 Ringheiligtum Pömmelte is composed of seven concentric circles, the largest with a diameter of 380 feet — 50 feet wider than England’s Stonehenge. Each ring has its own ditches, palisades, and raised banks, on which posts were erected.

Initially, experts noted its likely use as a seasonal gathering place to celebrate astronomical changes. But in 2018, archaeologists discovered the first human remains transforming their understanding of the site.

According to a study published in Antiquity, excavations yielded the macabre human remains of young children, teenagers, and women — with ominous injuries at their time of death suggesting ritualistic murder.

Archaeologists also found axes, drinking vessels, and animal bones nearby, prompting further excavation of the site’s perimeter that began in May and led to this remarkable discovery. 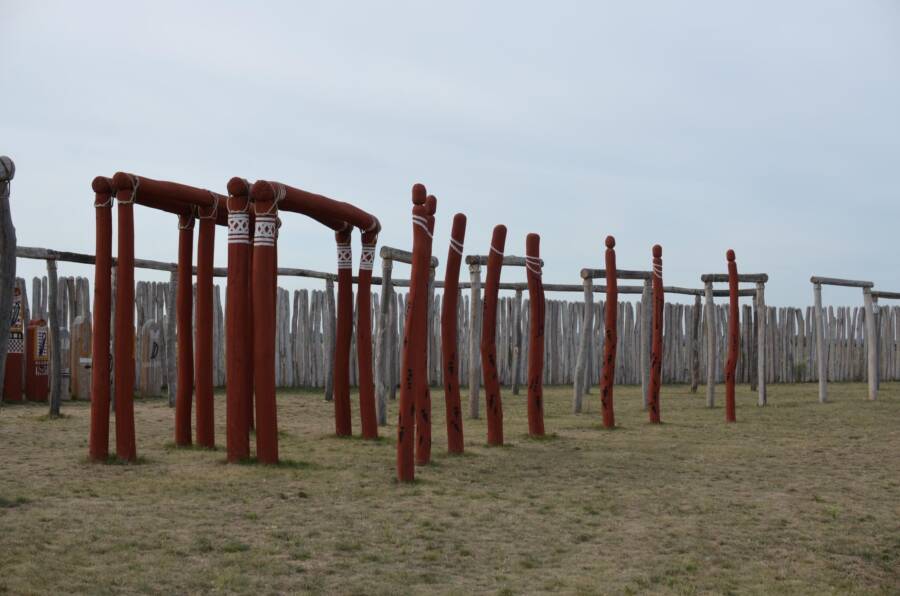 Flickr/Torsten MaueExcavations at the site will continue until October 2021, with a focus on the relationship between the residential dwellings and the monument itself.

Oddly, the site was abandoned by the end of the third millennium BC, mystifying researchers.

“It looks like at the end of the main occupation, around 2050 BC, they extracted the posts, put offerings into the post holes and probably burned all the wood and back-shovelled it into the ditch,” said Dr. André Spatzier of the State Office for Cultural Heritage Baden-Württemberg.

In the end, nothing but a shovel depression remained. And now the task is to figure out why.

The excavations will continue until October, by which point the team believes it will have gathered as much as possible to better understand the culture that once thrived at this site.

After learning about the ancient settlement at the ‘German Stonehenge,’ read about the single largest mass child sacrifice site in the world. Then, learn about the Viking sacrificial cave found in the shadow of a volcano.