Hundreds Of Colorful, Stone-Cut Tombs Dating Back To The Roman Era Discovered In Turkey

Excavations in the ancient Roman city of Blaundos revealed 400 chamber tombs that had been cut into the side of a nearby canyon about 1,800 years ago. 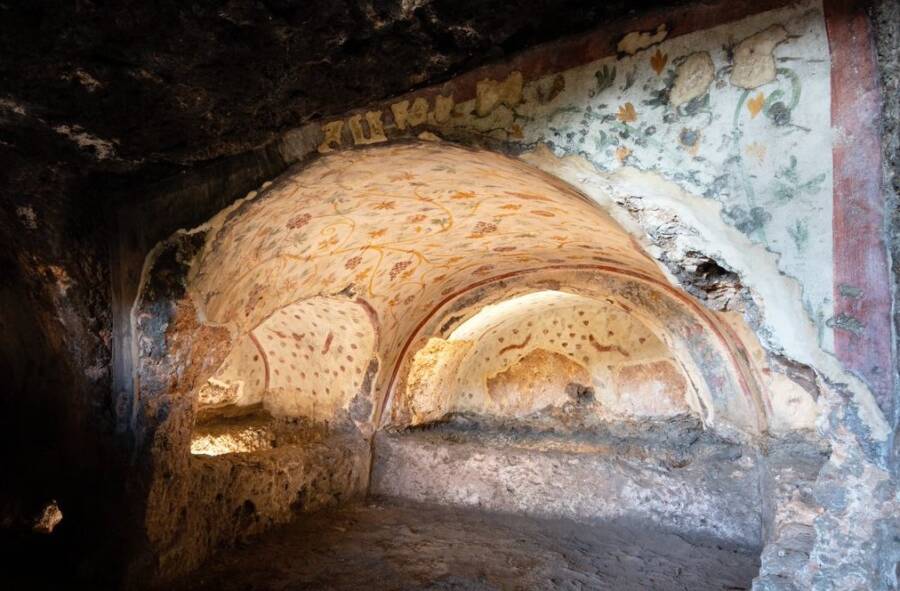 At first glance, the Uşak canyons in western Turkey look ragged and gray. But their stone walls mask an inner world of color and delicate designs that archaeologists have just discovered in the form of hundreds of tombs cut from the rock in the canyon’s slopes.

The 400 stone-cut tombs were uncovered in the ancient Roman city of Blaundos. Some are single rooms, others have multiple chambers, and many bear colorful Roman illustrations on their walls. Though damaged over the centuries, depictions of grapevines, animals, and mythological figures like Eros (Cupid), Hermes (Mercury), and Medusa are still visible.

Noting that the excavations were “dangerous at times,” Birol Can, the Uşak University archaeologist who led the dig, said that the tombs were likely “intensely used” after the second century as family graves. Though initially designed as single rooms, they were expanded over the years to accommodate more burials.

“These rooms were not created in one go. It is understood from the traces on the walls that these tombs were originally designed as a single room,” he said.

“However, in time, when there was no place for burial in this single room, the room was expanded inwards and the second, third, and then the fourth rooms were added.” 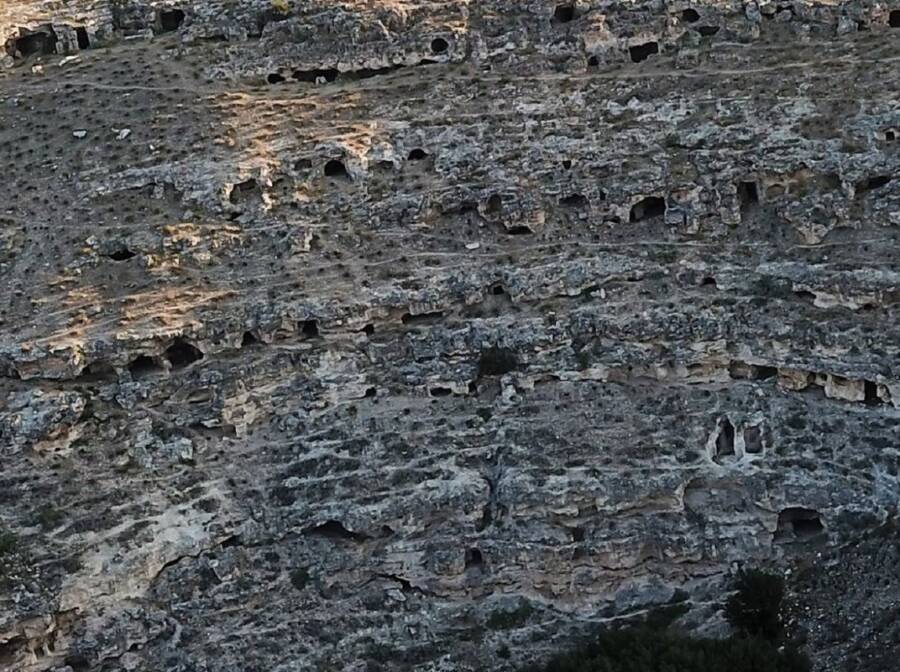 Blaundos Archeological Excavation Project ArchiveThe outside of the canyon long masked what lay inside.

Can noted that most of the tombs had similar features. “There are arched sarcophagi carved into the bedrock in front of the walls of each room,” he explained.

“Apart from these, places that are thought to be used for funeral ceremonies were also found inside the rock tombs. The main door of the tombs was closed with a marble door and reopened during burial or ceremony times in the past.”

Though archeologists have been aware of the necropolis at Blaundos since the 19th century, this is the first time that the stone-cut tombs have been explored and documented. In addition to the frescoes, archeologists also came across a number of burial objects like mirrors, diadems, rings, bracelets, hairpins, medical instruments, belts, drinking cups, and oil lamps.

But the tombs aren’t entirely intact, nor are their original objects perfectly preserved. Over the years, grave robbers and local shepherds have damaged the tombs. Robbers destroyed burials and stole precious items like jewelry. And shepherds used the tombs as shelter and often set damaging fires within the tomb walls.

“The frescoes were covered with a dense and black soot layer due to the fires that were set in those times [by the shepherds],” noted Can.

However, careful restoration has brought many of the frescoes to life, revealing curling green vines, golden flowers, bunches of grapes, and classical Roman symbols. 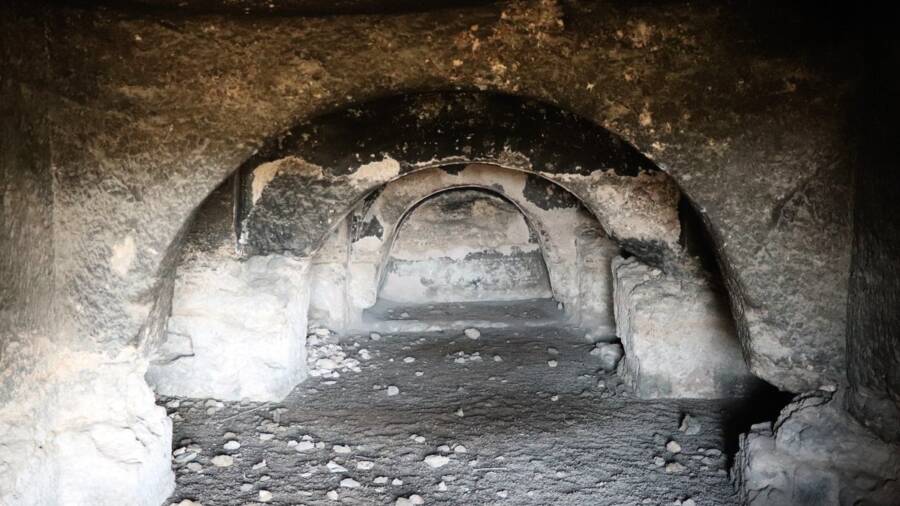 “In addition to these, mythological figures — such as Hermes (Mercury), Eros (Cupid) [and] Medusa — and animals such as birds and dogs are included in the wide panels.”

There are hundreds of more tombs to explore, Can said. And he’s hopeful that his team will be able to restore each to its former brilliance in the coming years.

Blaundos’s history dates back to Alexander the Great. After Alexander conquered the Aegean coast around 334 BC, one of his Roman commanders, Blaundos, established a city in his own name. Set on a high hill surrounded by deep canyons, the city flourished for hundreds of years.

Since excavations on the city began in 2018, archeologists have discovered traces of temples, a theater, a stadium, a gymnasium, a basilica, and an aqueduct alongside the stone-cut tombs.

And Can is hopeful that the city can be restored, albeit for a different purpose. He envisions that Blaundos and its necropolis will soon offer people an intimate look at how ancient Romans once lived — and died.

“Within this project, plans have been made to illuminate the area of the tombs,” Can said, adding that there will someday be a walking path from the city entrance to the tombs. “We are planning to make the entire necropolis visitable in the future.”

For now, his main priority is the preservation of the stone-cut tombs. Can and his team will excavate the graves, restore the frescoes, and conduct DNA and chemical examination of any remains that they find.

After reading about the stone-cut Roman tombs discovered in Blaundos, learn about the discovery of the Mastaura amphitheater in Turkey, where ancient Romans bet on bloody shows. Or, see how archeologists came across 2,000-year-old “dirty jokes” in an ancient Roman latrine.