Homeowner Amanda Gee was not only friends with the family that was murdered there, but even had to clean up some of their blood before moving in. 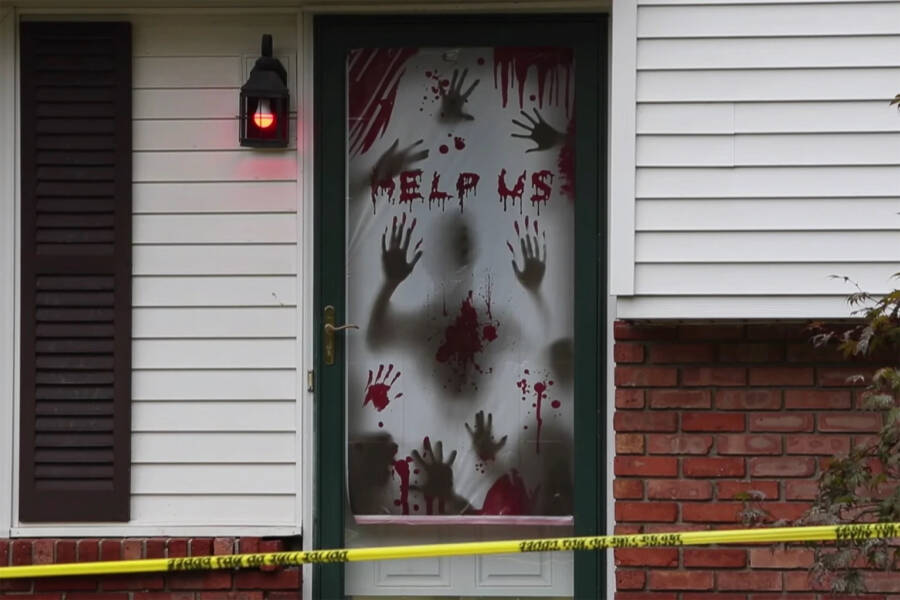 On Jan. 22, 2003, 17-year-old Jon Siesling brutally killed his mom and two younger sisters inside their Kent County, Michigan home. The crimes took place at an unassuming, otherwise normal house on Walker Avenue near Four Mile Road, and the site has been a point of morbid fascination ever since.

Now, current resident Amanda Gee has come under fire for decorating her front yard with mock gravestones and fake blood that were inspired by the 2003 murders. Shocked and angered, her neighbors quickly called her decor disrespectful.

The home has been in Gee’s family for decades, but she was renting it to her friend Sharon Siesling in 2003. Then, one day, her son Jon snapped into a murderous rage.

First, he struck his mother with a bat. As she was then crawling away up the stairs, he cut her throat. After she was dead, he went after his 15-year-old sister Katelin and killed her as well.

Six-year-old Leah Siesling had been playing in the front yard during the murder of her mom and sister. After walking inside and finding her home covered in blood, she began to cry. Her older brother then stabbed her in the neck and tucked her corpse into bed.

“For 18 years, people have been driving by here honking, stopping to take pictures and yelling at me because I live here,” Gee told WZZM 13. “My son spent all four years at Kenowa Hills High School being bullied because of it. Since all everybody sees when they pass by is what happened here, I decided to just give it to them.” 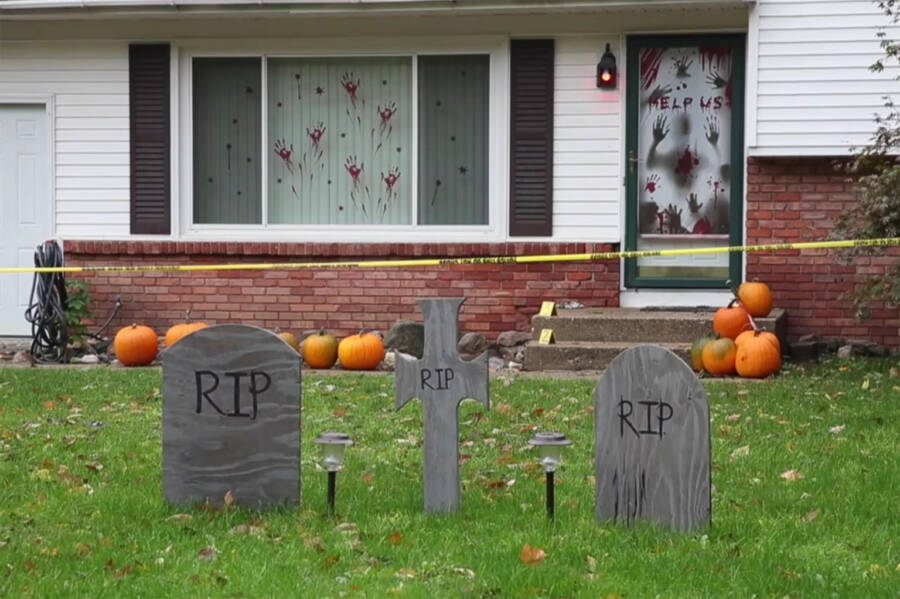 MLive/YouTubeMurderer Jon Siesling was sentenced to life in prison without parole.

Gee decorated the front yard of her home with three gravestones and caution tape. A baseball bat and crime scene evidence markers were scattered on the lawn. The front door, meanwhile, featured “HELP US” scrawled in fake blood with the silhouettes of people clamoring to exit the home in full view of the entire neighborhood.

For Kathy Gordon, a former classmate of 15-year old Katelin, she remembers every last detail of those terrible events, and didn’t appreciate Gee’s decorations one bit. 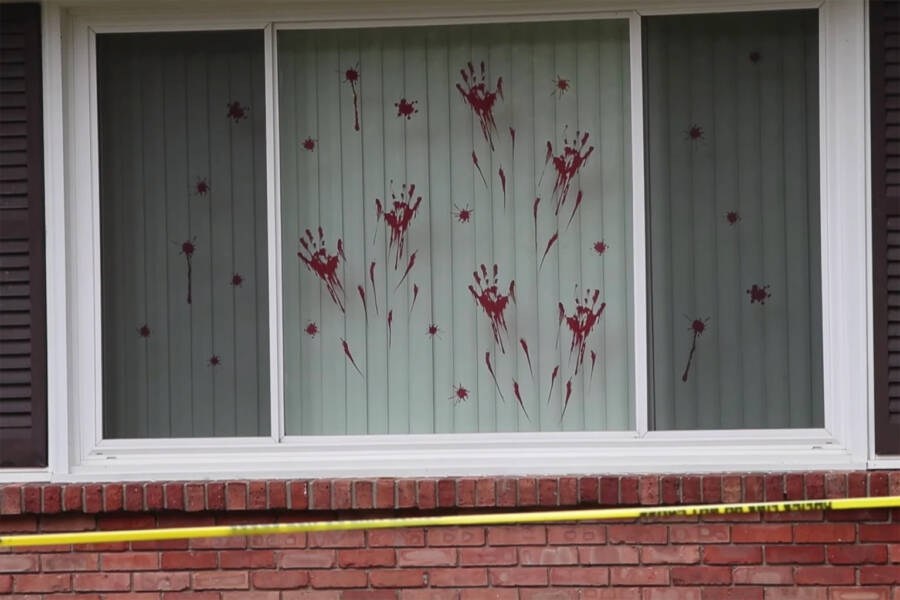 MLive/YouTubeNeighbors are incensed at the grisly display.

Gordon recalls that the bus drivers tried to divert their morning routes to school to avoid driving by the crime scene on that terrible day — but had no choice but to take Walker Avenue. She said seeing caution tape encircling her murdered friend’s house made her “want to vomit” and that Gee’s macabre display was “truly unacceptable.”

“It is just disgusting, especially since this crime hits close to home,” said Gordon.

What makes this all the more shocking is that Amanda Gee herself was forced to clean up much of the blood after the murders. Left behind by investigators after working the crime scene, there’s still blood in corners and crevices that Gee can’t get out to this day.

However, Gee says that, for her, the display was cathartic.

“We know some people might look at it and say, ‘Oh my God, oh my God,'” she said. “This is my way of saying, ‘We are well aware. Stop screaming at us when you’re driving past my house’…That family that lived there, that family was our friends. I’m not going to sweep it under the rug and act like it didn’t happen.”

“Leah was a friend of my daughter. We went to their funerals.”

Gee said that she never meant to offend anyone with the display, which has since been taken down. She also said her family annually commemorates the tragedy on its Jan. 23 anniversary, and that Sharon “was a great friend to my mother and also a friend of grandma.”

“We’re not heartless. We’re not monsters…But it happened,” said Gee. “This is my way of saying, ‘I am absolutely aware of what happened here.’ Come knock on my door. Then ask me what I had to clean up. Maybe this is my way of dealing with it.” 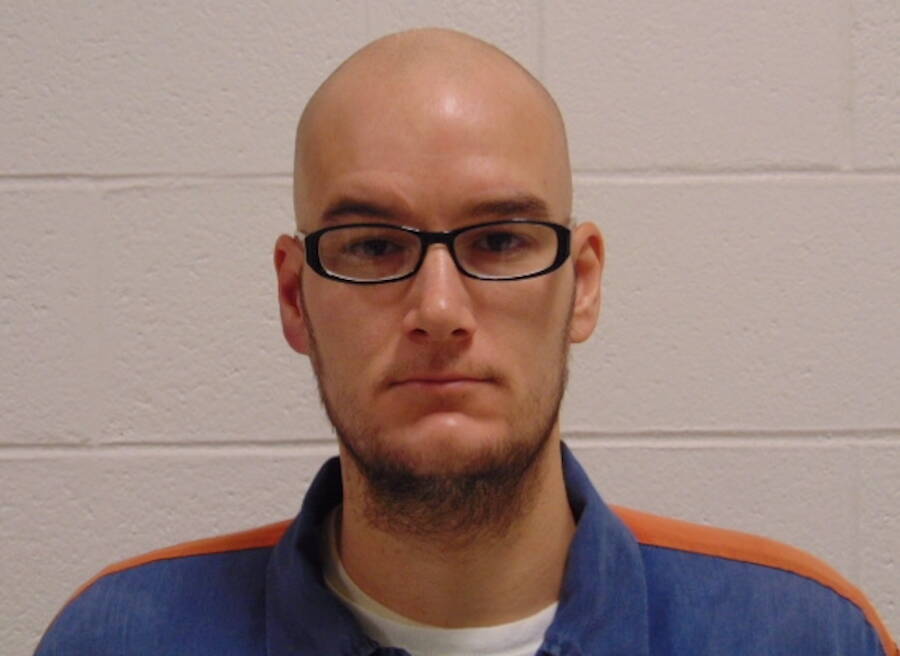 Michigan Department of CorrectionsJon Siesling stabbed his six-year-old sister in the neck before tucking her into bed.

As for Jon Siesling, now 36, he claimed at last month’s re-sentencing hearing that he wouldn’t break the law if given a chance at freedom. While he was eligible to receive a lighter sentence due to his age at the time of the killings, Kent County Circuit Judge Mark Trusock opted to uphold his life sentence without parole.

Judge Trusock said he had never seen anything “as horrific as this case.” It appears Gee would agree, as she said Jon Siesling “committed the ultimate atrocity” and that she’s only trying to grieve her friends and properly find closure. According to WOODTV, there’s no shortage of locals who remain baffled.

“I would say it’s a little in poor taste,” said neighbor Nate Reed. “I wouldn’t do it in my yard, but of course, I don’t live in a triple-homicide house.”

After reading about the Halloween display inspired by the a family’s murder, learn about the gruesome Halloween decorations that saw neighbors call the police. Then, take a look at 55 creepy pictures and the eerie stories behind them.