The whole goal of the study is to examine the horrific damage done to the dogs as they are surgically force-fed pesticides. 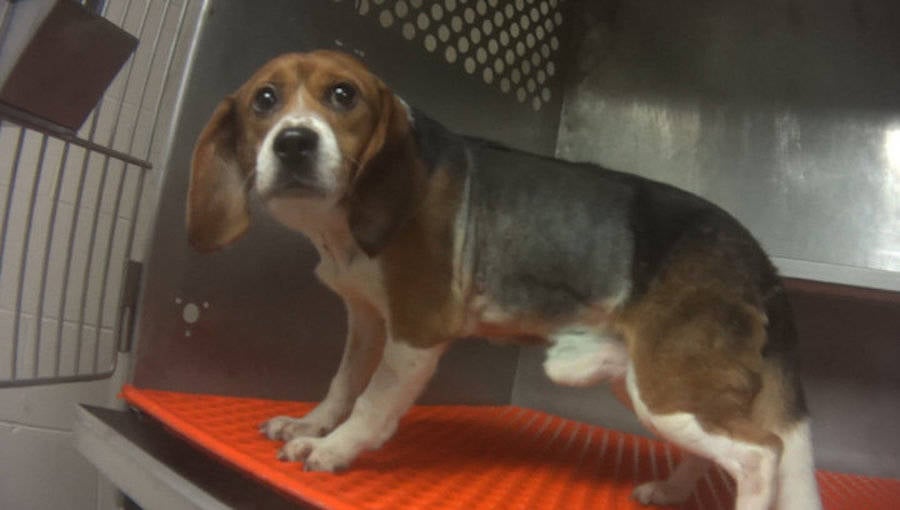 The Humane Society of the United StatesOne of 21 beagles killed in a test of two substances that have been on the market for years. The drugs were infused into the beagles’ lung areas after they were surgically opened to expose the area.

Various industries have engaged in inhumane animal testing for decades with much of it conducted in secret or effectively wiped under the proverbial rug. But for Corteva Agriscience, an agriculture division of DowDuPont, a year-long experiment on innocent beagles has just been staunchly exposed by an undercover investigation — and it is truly disturbing.

According to HuffPost, three dozen beagles have been force-fed fungicides over the span of a year so that when they predictably die, researchers at Charles River Laboratories in Mattawan, Michigan can examine their corpses.

“The dogs who don’t die from the poison throughout the tests are scheduled to be euthanized in early July,” the Human Society of the United States added.

The Humane Society’s footage of the captive beagles.

“Our investigator, who spent nearly 100 days at the facility, documented the dogs cowering, frightened, in their cages with surgical scars and implanted with larger devices,” the Humane Society said of their undercover agent’s experience.

“Dogs being force-fed or infused with drugs, pesticides and other products, using crude methods, many that are unlikely to ever be used in humans.”

Well aware of the backlash by animal rights advocates, public organizations and social media users, Corteva Agriscience has issued an official response to these horrific practices. In a stunningly brazen turn of events, the corporation admitted to its activities and stated firmly that its choices are currently the best course of action.

“We agree that there are better ways to attain the data needed for this study,” the company’s statement read. It went on to explain that Brazilian authorities required these experiments, though why exactly Corteva Agriscience feels compelled to comply with Brazil’s tests remains to be seen. “Once the industry receives confirmation that this test is no longer required, we will cease testing immediately and make every effort to rehome the animals.”

The Humane Society was able to reveal through their undercover investigation last summer that the testing conducted on these 36 beagles is for Corteva Agriscience’s new fungicide, Adavelt. 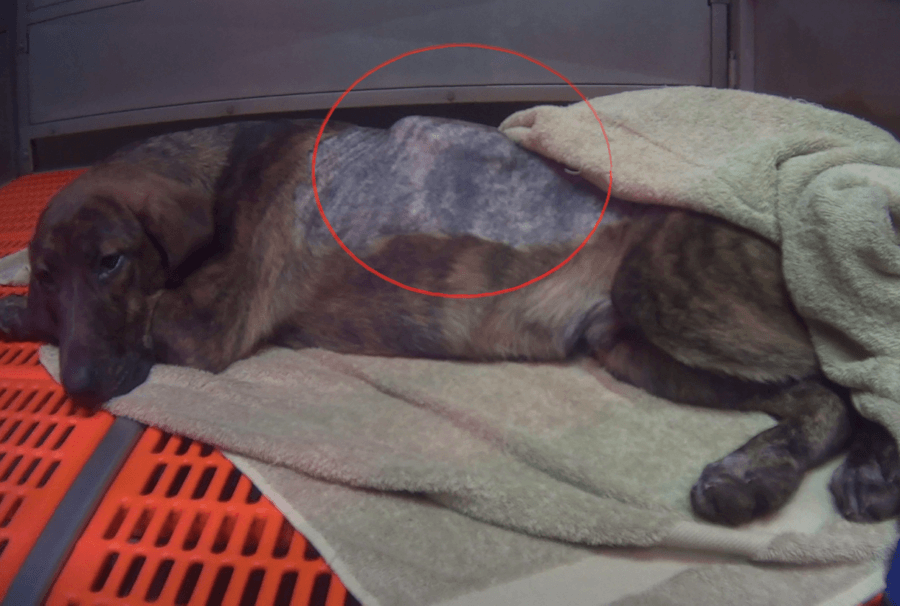 The Humane Society of the United StatesA beagle’s torso, with a surgically implanted drug delivery device.

As it stands, however, the appalling experiments at Charles River Laboratories seem to be forging ahead. Meanwhile, Brazilian regulatory authorities told the Humane Society that “waiver requests from companies to forego this test” are readily available and routinely issued and that the U.S. government doesn’t even require this kind of testing.

According to the organization, however, the primary reason Dow is continuing with this experiment is so that they can get a guarantee from Brazil to use the pesticide.

“Dow asked for a more formal assurance from Brazil to end the dog study already underway, which (Humane Society International) obtained, but Dow’s regulatory affairs division now says they need additional confirmation that their specific pesticide product will be approved without the dog study results before ending this study,” the Human Society said. 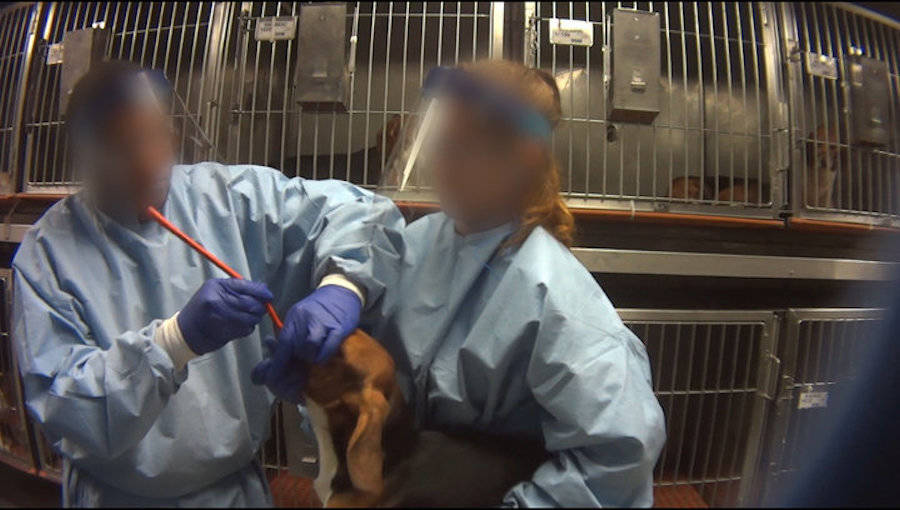 The Humane Society of the United StatesA dog being force-fed various substances.

Unfortunately, the organization’s president and CEO Kitty Block explained that while this particular test is certainly disturbing, it’s far more common than the public may think.

“Experiments are happening at hundreds of laboratories each year throughout the country, with more than 60,000 dogs suffering,” she said. “But that does not have to be the fate for these 36 beagles. We must turn to the public to join us in urging Dow to stop the test immediately and to work with us to get these dogs into suitable homes.”

The Humane Society published a petition on its website that demands Dow to release the captive animals from its lab and place them into caring homes. At the time of this writing, that petition has garnered over 200,000 signatures and supporters.

Next up, read about scientists creating a human-pig hybrid. Then, learn about the very first animal on Earth.