Maine Man Pays $75 Dollars For Medieval Manuscript Page At Estate Sale — Then Finds Out It’s Worth Up To $10,000

The page belongs to a 700-year-old Catholic prayer book called the Beauvais Missal, and its new owner has no plans of selling. 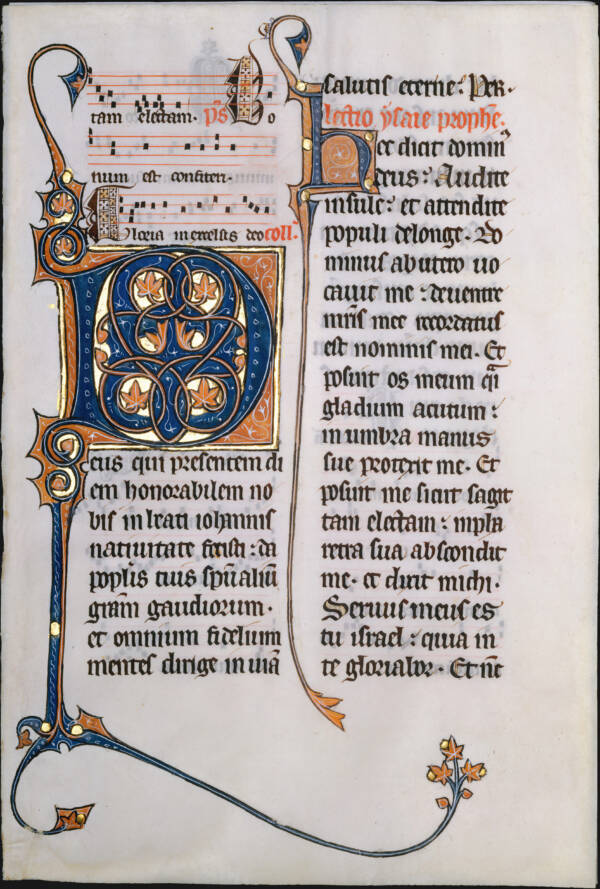 Heritage Art/Heritage Images via Getty ImagesAn unrelated page from the Beauvais Missal, one of 114 out of 309 which have been recovered.

Will Sideri went to a local estate sale in Maine with the vague hope of picking up a cake mixer. Instead, he stumbled across a page from a 700-year-old medieval manuscript valued at between $5,000 and $10,000.

According to the Maine Monitor, the framed page immediately caught Sideri’s eye. Not only did it look like medieval manuscripts that Sideri had studied at Colby College, but it also included a note that read: “1285 AD. Illuminated manuscript on vellum.” Before he forked over $75 dollars for the page, however, Sideri texted his former professor, Megan Cook.

“I have a question for you,” Sideri wrote. “I think this might be real.”

Cook, who told Artnet that students sometimes approach her with questions about old books that they own, was shocked to find that she recognized the image in Sideri’s text message. After reaching out to a fellow academic, medieval manuscript expert Lisa Fagin Davis, she was able to confirm that Sideri’s find was a page from the Beauvais Missal, a 700-year-old Catholic prayer book that was disassembled in the mid-20th century.

“There are perhaps a few hundred people in the world who would recognize a leaf from the manuscript if they saw it,” Cook told Artnet, “so really an extraordinary stroke of luck there.”

Sideri purchased the page and brought it to Colby College, where Cook pictured it with its “sister leaf,” which the school had in its special collections.

“I got to see [Sideri’s] Beauvais Missal leaf yesterday, and we took it to visit its sister leaf in [Colby College’s] special collections,” Cook wrote on Twitter. “The Colby leaf has been conserved, but had environmental damage. Will’s leaf has been in that frame since the 1940s. Look how white the vellum is!” 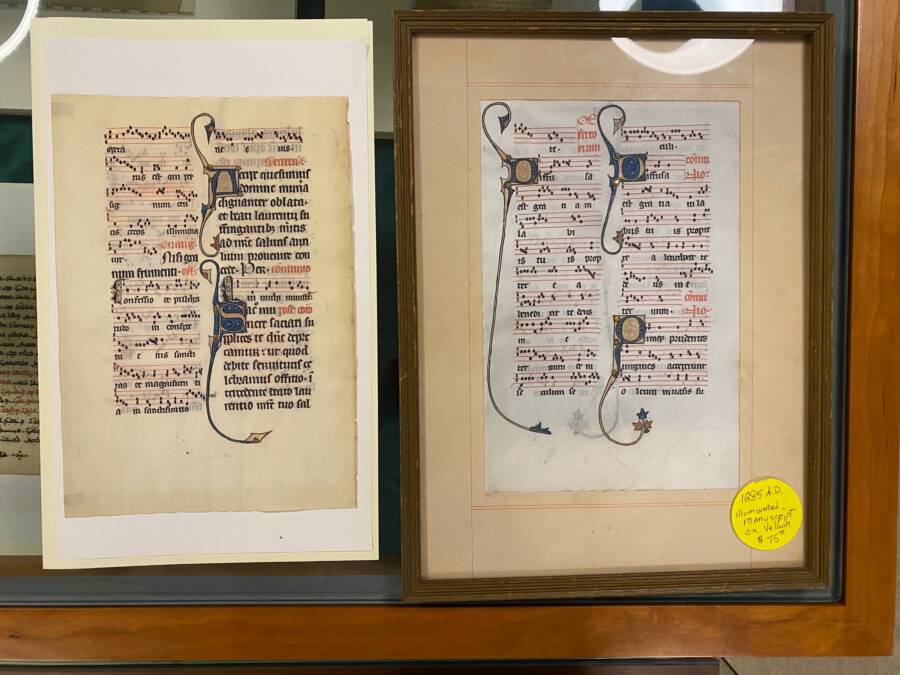 According to Artnet, the last complete version of the Beauvais Missal was owned by William Randolph Hearst. After he sold it in 1942, art dealers disassembled the 700-year-old manuscript and resold it piece-by-piece. Its pages steadily made their way into private collections.

“It seems like Will’s leaf was likely sold by Philip Duschnes, a New York book dealer who owned the manuscript before it was sold to Ege,” Cook told Artnet. “Will’s leaf had been owned by the former head of financial aid at Colby, who apparently grew up near Philadelphia, and there’s a brief typed description of the manuscript on the back of the frame with a Philadelphia address on it, suggesting it was bought and/or sold there.”

Collecting the pages of the Beauvais Missal has been a long-time project of Davis, who maintains a site called “Reconstructing the Beauvais Missal” to track her progress. Davis, the executive director of the Medieval Academy of America and a professor of manuscript studies at Simmons University in Boston, has so far collected 114 of the original 309 pages.

“This stuff just shows up at the craziest places,” Davis told the Maine Monitor. She noted that the page Sideri found and its sister page held at Colby College “haven’t seen each other since 1942.”

For now, however, Sideri has no plans to sell the page, though its value is estimated to be in the thousands of dollars.

“I have something very vintage. Like 1285 vintage,” he told the Maine Monitor, explaining that he’ll probably have his parents hold onto it for safekeeping until he has a place of his own.

To the Associated Press, the former Colby College student added: “This is something at the end of the day that I know is cool. I didn’t buy this expecting to sell it.”

After reading about the page from a 700-year-old medieval manuscript found at an estate sale, discover the story of the rare Picasso painting that was recovered after being forgotten for years in a closet. Or see how a “typewriter” found at a flea market turned out to be a Nazi enigma machine.