Anthony Graziano allegedly killed his wife and kidnapped his 15-year-old daughter, Savannah. Eventually, this led him to a shootout with police in which both he and his daughter were killed. 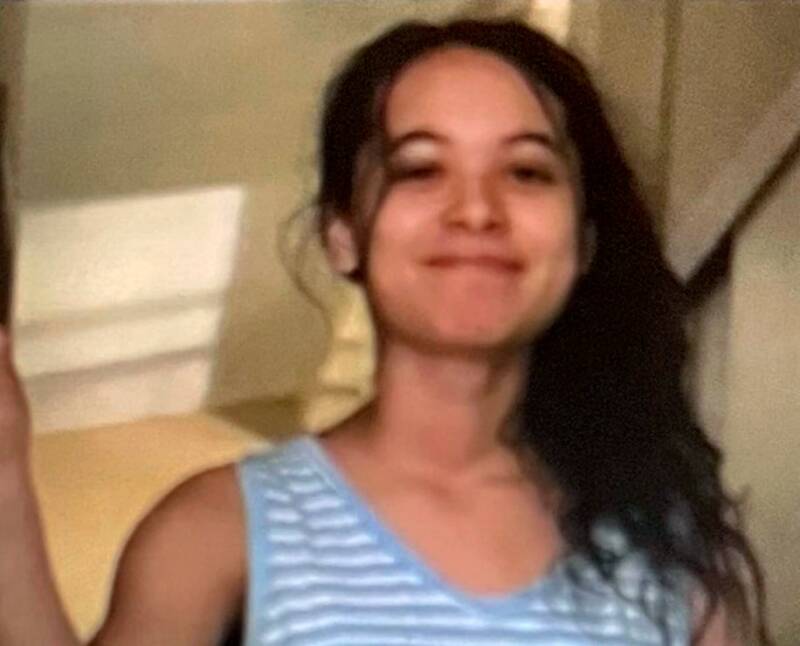 On Tuesday, Sept. 27, 2022, police engaged in a shootout with a man accused of fatally shooting his wife and kidnapping his 15-year-old daughter in California. During the shootout, however, the girl ran toward police for help — and they shot her to death.

According to an initial report by ABC 7, San Bernardino County Sheriff Shannon Dicus said that evidence suggested 15-year-old Savannah Graziano, was “a participant in shooting at our deputies.”

However, it later came to light that she was likely unarmed, according to the Los Angeles Times.

The shooting came after an Amber Alert was issued by the Fontana Police Department following reports that Savannah’s father, Anthony John Graziano, fatally shot his wife, kidnapped his teenage daughter, and fled in his vehicle.

The alert also included details about Graziano’s vehicle and was later sent to the California Highway Patrol.

On Tuesday morning, police received a tip from someone who believed they saw Graziano’s pickup truck, which led to a pursuit along Highway 58 heading toward I-15 near Glenwood.

As Graziano fled down the highway, he fired back at pursuing deputies, Dicus said, “disabling” one of the patrol cars in the process.

As the pursuit continued, Graziano was “constantly shooting back at the deputies during that period of time.”

Eventually, after 45 miles, Graziano veered off the road along I-15, and multiple patrol cars arrived to contain him. 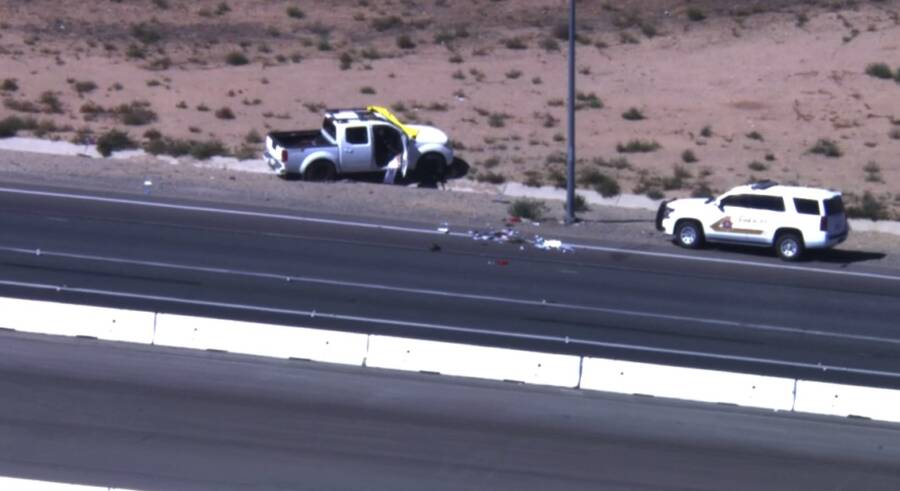 @AssignEditorGuy/TwitterAnthony Graziano’s truck on the edge of the highway where the fire fight took place.

“As a result of that, a fire fight ensued,” Dicus said. “During that fire fight, the suspect vehicle comes to rest — at which time a suspect exits the passenger side of the vehicle wearing tactical gear. That subject starts to run towards Sheriff’s Deputies and during the gun fire goes down.”

Anthony Graziano was also killed during the shootout, at which point police were able to approach his vehicle and recover only a single rifle, People reported.

Officially, they are reviewing footage of the shootout to determine if Savannah was shot by officers, her father, or both.

She was rushed to a local hospital but unfortunately died only an hour later.

The San Bernardino County Sheriff’s Department later notified the California Department of Justice that the shooting could qualify under AB 1506, a law which requires the department to investigate cases in which “the death to the unarmed civilian is caused by a California peace officer.”

Following the shooting, the California Highway Patrol canceled the Amber Alert for Savannah Graziano, which had been issued following the death of 45-year-old Tracy Martinez who was in the process of getting a divorce from Anthony Graziano.

Fontana police found Martinez “suffering from multiple gunshot wounds” near a Cypress Elementary School the day before the highway pursuit. She had allegedly been shot by Graziano while Savannah was in the back seat of his truck.

“The man just came down the street shooting. He started shooting in that direction. Hit those trees, houses across the street. They say the bullets were skipping off the street, and the woman was trying to run for her life, and unfortunately she was hit. Once she was hit I guess he shot at her a few more times.” 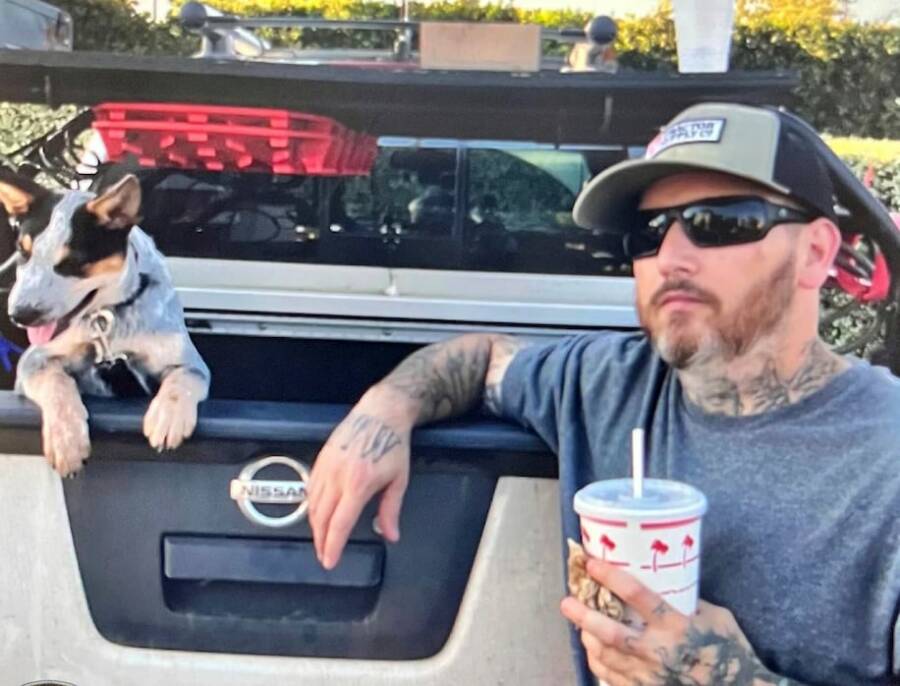 Fontana Police DepartmentAnthony John Graziano was in the process of being divorced from his wife when he allegedly shot her.

Anthony Graziano had moved out of the family’s home a month or two before allegedly shooting Martinez, Fontana Sergeant Christian Surgent said. Savannah left with her father. Her younger brother stayed at home with Martinez.

Per CBS, Martinez was rushed to a local trauma center, where she died.

Prior to this incident, there had been no reports of domestic violence in the household, nor had either parent been on probation or parole at the time. Investigators believe Savannah was being home-schooled while living with her father, who liked to camp in the desert and the mountains in his truck.

Martinez’s brother said he and his family are still “trying to figure all of this out.”

After learning about the tragic shooting of Savannah Graziano, read the story of Lavontay White Jr., the two-year-old whose senseless murder was streamed live on Facebook. Then, discover the agonizing story of Amber Hagerman, the girl for whom the Amber Alert system is named.