Amber Hagerman And The Tragic Story Behind The AMBER Alert System

After the tragic abduction of Amber Hagerman on January 13, 1996, one woman decided to make a change.

It took less than ten minutes for Amber Hagerman to vanish. Just weeks after Christmas in 1996, the nine-year-old took the pink bike she’d received and went for a ride near her grandmother’s house. But in the lot of an abandoned Winn-Dixie grocery store, a man in a black truck grabbed her.

Though Amber Hagerman’s killer has never been found, the impact of her disappearance has resonated for decades and is the meaning of the AMBER Alert system. Indeed, her shocking kidnapping inspired the creation of the system — which has saved hundreds of children from a similar fate.

Now, detectives believe that they’ll finally be able to catch the man who murdered her.

The Kidnapping Of Amber Hagerman 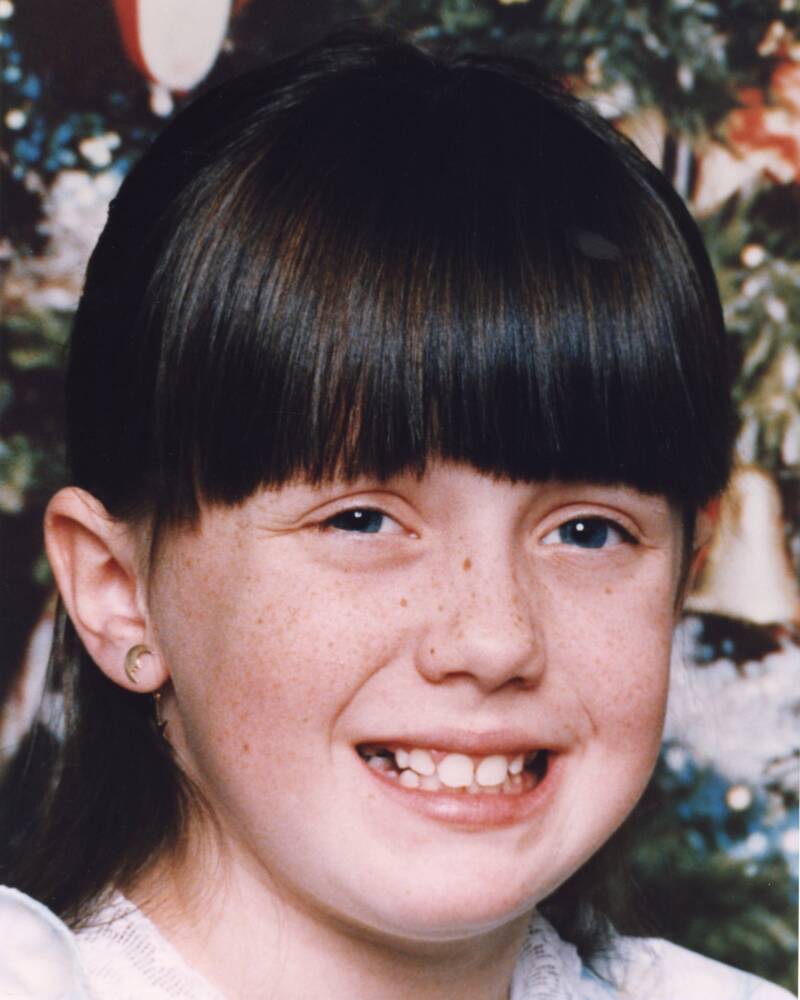 TwitterAmber Hagerman was just nine years old when she was kidnapped and killed.

According to WFTV 9, the siblings left their grandmother’s house in Arlington, Texas, around 3:10 p.m. She’d instructed them to stay close, and Amber and Ricky never ventured more than two-tenths of a mile from her home.

But when Amber pedaled into the parking lot of a Winn-Dixie grocery store, Ricky decided to turn home — and didn’t see what happened to his sister.

But Jimmie Kevil did. The 78-year-old watched as the little girl rode her bicycle around the parking lot. He watched as a black truck pulled up alongside her, and as a dark-haired man in his 20s or 30s, who Kevil thought was white or Hispanic, got out.

“[The kidnapper] pulled up, jumped out, and grabbed her,” Kevil, a former sheriff’s deputy, told CBS Dallas Fort-Worth. “When she screamed, I figured the police ought to know about it, so I called them.”

In the aftermath, dozens of police officers and federal agents descended on Arlington to look for the missing girl. According to The New York Times, they paused their search for Amber only to take quick naps. But tragically, the nine-year-old was found dead four days later in a nearby creek.

“Amber was totally nude except for a sock on her left foot,” former Arlington police detective Randy Lockhart, who went to the scene, told a Cleburne Rotary Club luncheon in 2021. “We rolled her over and I caught her head in my hands. Several lacerations to her throat. [A] knife or screwdriver had been used to rip her throat out.”

As Amber’s family mourned their loss, however, a Texas mother named Diane Simone had an idea. She called a local radio station and wondered aloud about creating a national alert system for missing children.

If Americans already received alerts for weather and civil defense events, Simone thought, “why wouldn’t they do it for this?”

With that, the idea for the AMBER Alert system was born.

The Meaning Of The AMBER Alert System 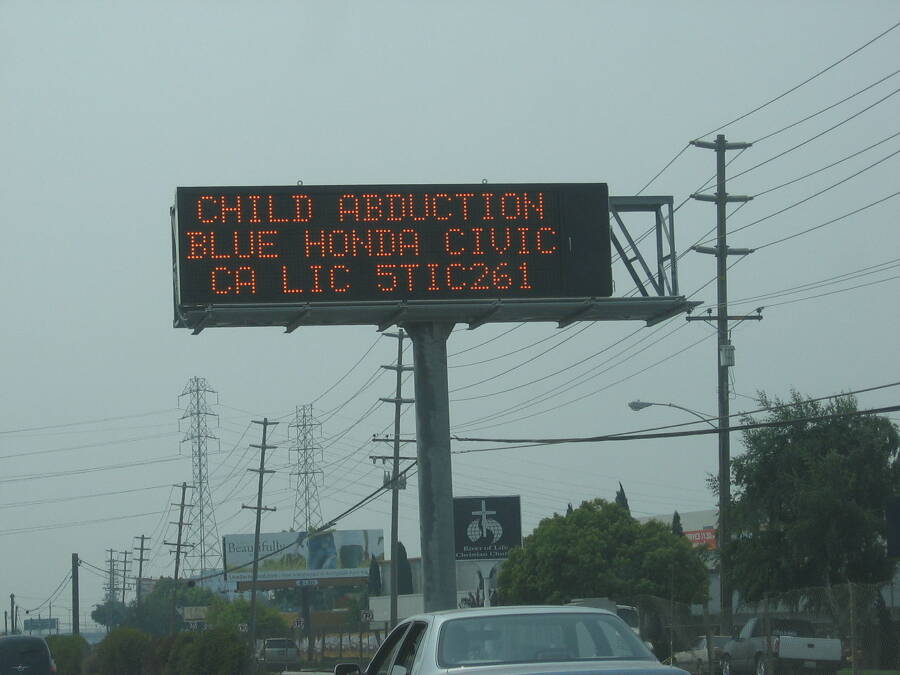 Bob Bobster/Wikimedia CommonsAn example of an AMBER Alert from June 2008.

According to the AMBER Alert website, the national system has saved over 1,000 children since its launch in 1996.

“AMBER Alerts also serve as deterrents to those who would prey upon our children,” the site added. “AMBER Alert cases have shown that some perpetrators release the abducted child after hearing the AMBER Alert.”

Here’s how AMBER Alerts work. Once law enforcement determines if a case meets certain criteria, authorities notify broadcasters and state transportation agencies. Alerts interrupt programming, appear on statewide transportation signs, show up on digital billboards, and even arrive as texts. As of 2015, AMBER Alerts also started showing up on Facebook.

Donna Williams, Amber Hagerman’s mother, said that the alert system named in memory of her daughter is bittersweet. In an interview in 2016, 20 years after Amber’s murder, she said, “There’s another part of me that wonders what would have happened if we would have had the alert when Amber went missing. Could it have helped bring her back to me?”

Detectives may not be able to bring Amber Hagerman back to her family — but they are still determined to find justice for the murdered nine-year-old. Arlington Police Sgt. Grant Gildon told PEOPLE that Amber’s case is very much still active.

“We continue to have leads,” he said. “A lot of people will refer to Amber’s case as, what’s commonly referred to as, a cold case. But for the Arlington Police Department, it has never been listed as a cold case because we’ve never gone 180 days without having some lead come in.”

Indeed, police are convinced that someone knows something about Amber Hagerman’s kidnapping that they haven’t yet shared. And they’re insistent that it’s not too late.

“Our hope is that someone in the community saw something. Maybe they didn’t come forward 25 years ago out of fear or not wanting to get involved,” Arlington Assistant Police Chief Kevin Kolbye said according to WFTV 9. “Whatever reason, we need folks to search their minds and bring forward anything that may be (of) value to our investigation.”

Investigators also disclosed in 2021 that they have DNA evidence that might belong to Amber’s killer. Hopefully, with evidence like that, or a new tip, police can finally solve Amber Hagerman’s kidnapping — and bring justice to the nine-year-old whose death saved hundreds of other children.

After learning about Amber Hagerman and the meaning of the AMBER alert system, check out the story of Sally Horner, whose kidnapping inspired the novel “Lolita.” Then, read about the Boy in the Box, a creepy still-unsolved murder case.