The Randy Victorian’s Guide To Sex

Becklard's Physiology was surprisingly sex positive given the time in which it was written. To believe it, you have to read it. 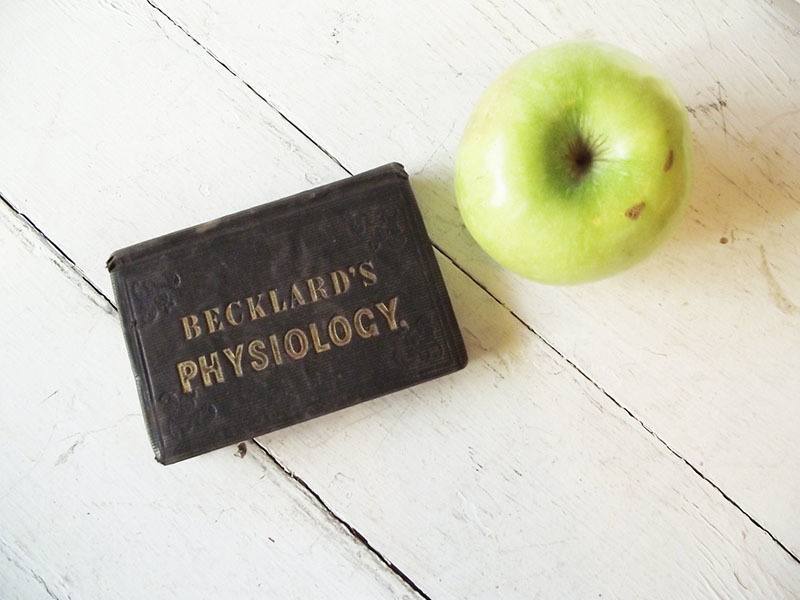 Who would have guessed that one of the most sex-positive and progressive perspectives on copulation would come from a Victorian how-to guide? Becklard’s Physiology, as it was so called, was really just the nickname given to the real title, Physiological Mysteries and Revelations in Love, Courtship and Marriage by Eugène Becklard. And oh, what mysteries abounded within those well-worn pages. While Becklard was by no means the go-to expert on the subject, his book–akin to “pop psychology” books today–would likely be found stashed away in many Victorians’ bookshelves.

Today, finding a copy of Becklard’s Physiology in the flesh (so to speak) would be an extreme historical find. Very few print copies exist outside of archives, but the tome has recently made its way onto Google Books. Now we can all enjoy the (slightly misleading but well intentioned) wisdom of Mr. Becklard. Here are some of the gems:

You should be suspicious of any woman who appears to be “with child” longer than the requisite nine months. She’s *probably* lying about the time of conception. Source: Google Books

Childbearing, of course, requires the vagina to — erm— “get busy”. Source: Google Books

What if you don’t want children — or at least not yet? The favorite defense of the Victorian woman was the now widely ill-advised act of douching. There were, of course, somewhat rudimentary attempts made at male contraceptives (the grandpa of modern-day condoms) which were, unsurprisingly, widely available in Paris. Source: Google Books 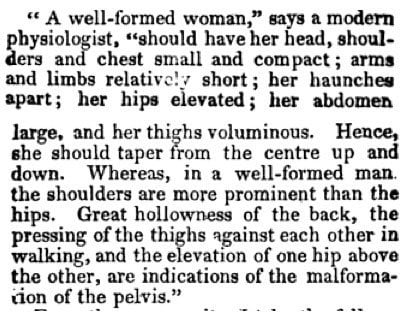 Becklard also provides some insight into the “ideal form” for a woman to be considered attractive and worthy of impregnation. An interesting juxtaposition to today’s preferential appreciation of the “thigh gap” — you’ll note Becklard is, frankly, all about that bass. Source: Google Books

But don’t worry — even if you aren’t considered conventionally pretty, there’s gotta be someone else there who would love you. Source: Google Books

If you’re looking to settle down, Becklard advises that you look for someone who completes you, echoing the sentiment of several hundred years’ worth of romance novels. Source: Google Books 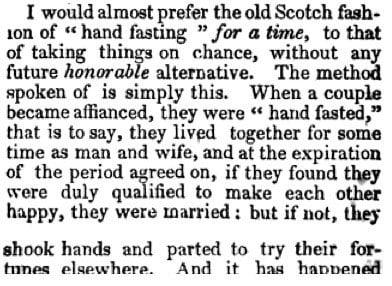 Perhaps the most shocking passage in Becklard’s book isn’t even overtly about sexual intercourse — it’s about cohabbin’ with someone before you decide to get married. This might seem like a fairly scandalous idea at the time, but apparently it was fairly commonplace in Scotland. It even had a name: hand fasting. Source: Google Books

When settled in with a new love in matrimony, Becklard thinks it’s in a man’s best interest to make sure his wife is sufficiently pleasured. He does, however, feel that this is merely hypothesis and he would not be able to test it . . . Source: Google Books

What could have been a rather feminist point about the vitalness of female pleasure is then sharply undone by his words on the subject of rape, which are unfortunately still propagated by some groups in modern times. Source: Google Books

In case you need a refresher on just when you have entered into a state of impregnability, just remember: it’s when your genitals awaken from their torpor. Source: Google Books

It’s totally normal to have fantasies about your future love life, and don’t be fooled into thinking that young men aren’t fantasizing just as hard as their girlfriends...so much so that if his dreams are not realized he’ll lose his mind: Source: Google Books

Physically speaking, Becklard’s thoughts on the presence/absence of a woman’s hymen are promising: he more than suggests, rather implores, that the intactness of a woman’s hymen doesn’t necessarily correlate to her virginity. Source: Google Books

Rather distressingly, the author informs us that to be married will strip us of our literary and poetic prowess. We write because we are not loved and when we are loved, we cannot write. Source: Google Books