The true story of Béla Kiss, the Hungarian serial killer who killed at least 23 women and drained their blood. 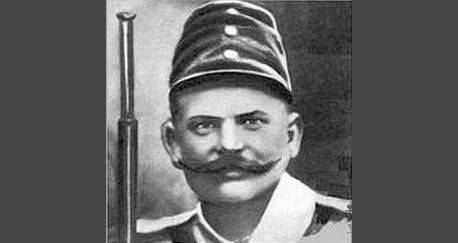 Many serial killers desecrate or mutilate the corpses of their victims, but few go to the lengths of Hungarian serial killer Béla Kiss.

Little is known about his childhood, but by the time Kiss was 23, he was renting a home in the town of Cinkota, outside of Budapest, and running a prosperous tin business. He was regarded as a gentleman and eligible bachelor, throwing lavish house and dinner parties. His blond hair, tall stature, and handsome features made him appealing to many townsfolk. He also became deeply interested in astrology and the occult.

It was around this time in 1903 that Kiss began plotting his horrific murders. He would place personal ads in newspapers claiming to be a lonely widower looking for marriage under the alias “Hoffman.” He would use this method to correspond with women, and managed to convince some of them to give him their money and assets.

In 1912, Kiss married a woman 15 years his junior named Marie, but shortly after she began an affair with a young artist named Bikari.

These two lovers became Kiss’ first victims when they disappeared that year. Bella Kiss tried to explain the disappearance by claiming Marie had run off with Bikari to America, but in reality, he had strangled them both to death.

After their murders, Kiss continued corresponding with lonely women, but this time after defrauding them of their money he would lure them to his house so he could strangle them to death with rope or his bare hands.

Like a few serial killers, Kiss sought to preserve the bodies of his victims. Specifically, he would pickle his victims’ bodies in large steel drums filled with wood alcohol (methanol). He would also drain the blood from the necks of his victims, earning him the moniker the Vampire of Cinkota.

To justify the presence of so many steel drums on his property, Kiss claimed he was stockpiling gasoline for the expected shortage coming with the beginning of World War I. Though many suspected him of secretly using these drums to store alcohol, none could have suspected what he was really using them for.

None of these murders came to light until years later. In 1914, Kiss was drafted into the Austro-Hungarian Army and marched off to fight in World War I. He left his house with an elderly housekeeper he had hired years earlier. Two years after Kiss’ departure, rumors began to circulate that he had been killed or captured while fighting in the Carpathian Mountains. Believing these rumors, his landlord decided to clear out his house and put in a new tenant.

It was then that the landlord chose to check inside the large drums. When he cracked open the first drum, he was immediately overwhelmed with the smell of a decomposing body. Horrified, the landlord quickly summoned the constable, who opened up all the drums to uncover 24 pickled corpses.

This discovery sparked a frantic search for Kiss, made incredibly difficult by the chaos World War I was ravaging across Europe. The police put out an order to the military to arrest him at once, but the common nature of the name “Béla Kiss” at the time made finding the right Béla incredibly difficult.

He was almost caught while recovering from injuries in a Serbian hospital later that year, but by the time police arrived he was long gone and had placed a dead soldier in his bed as a decoy.

In the coming years, reports of Kiss sightings abounded, with people claiming to have seen him in Romania, Turkey, and fighting with the French Foreign Legion. He was allegedly last sighted in New York City in 1932 working as a janitor by a detective.

The Hungarian ‘vampire’ was never caught and his eventual fate, as well as who else he may have killed, remains unknown.

After learning about Béla Kiss, the vampire serial killer of Hungary, read about famous serial killers who will keep you up at night.