One researcher said that the act of kindness between the two species displays the compassion that these creatures naturally possess. 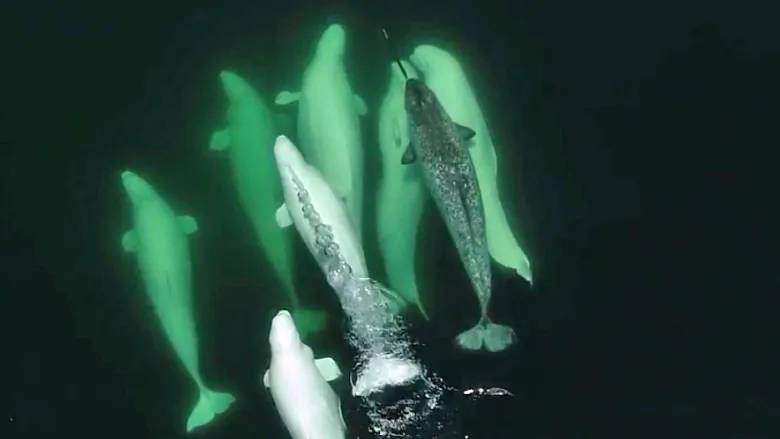 GREMMDrone footage from the GREMM shows the young narwhal playing with the beluga whale pod he befriended some three years ago.

A young narwhal who wandered some 1,000 kilometers south (about 621 miles) from where he would normally inhabit found a new home — with a group of beluga whales.

CBC News reports that the narwhal, which is believed to be a juvenile male due to his half-meter (or 1.6 foot) long tusk, was first seen hanging out with the pod of beluga whales in the St. Lawrence River of Canada back in 2016. The same narwhal, identified by markings unique to him, has been spotted with the belugas every year since.

Drone footage taken by the Group for Research and Education on Marine Mammals (GREMM) shows the narwhal playing with the beluga whales. He clearly feels right at home with the pod.

“It behaves like it was one of the boys,” said Robert Michaud, GREMM’s president, and scientific director.

The footage shows the narwhal with the nine or 10 beluga whales swimming, rubbing, and rolling around each other close to the river’s surface. “They are in constant contact with each other,” Michaud said. “It’s like a big social ball of young juveniles that are playing some social, sexual games.”

The narwhal amongst his Beluga brethren.

In fact, the behavior that the narwhal exhibits exactly mirrors that of the belugas’ behavior. This indicates that not only have the Beluga’s allowed the Narwhal into their family but that the Narwhal has indoctrinated himself as one of their own.

The narwhal even blows bubbles just as belugas do, according to GREMM.

Narwhals are native to the icy waters of the Arctic, including those areas that border Greenland, Russia, Norway, and Canada. According to CBC News, narwhals typically don’t wander farther south than northern Quebec’s Ungava Bay, located south of the southern tip of Baffin Island.

Besides a sighting by the Department of Fisheries and Oceans in 2003, the narwhal seen today among the belugas is a relatively rare sight. 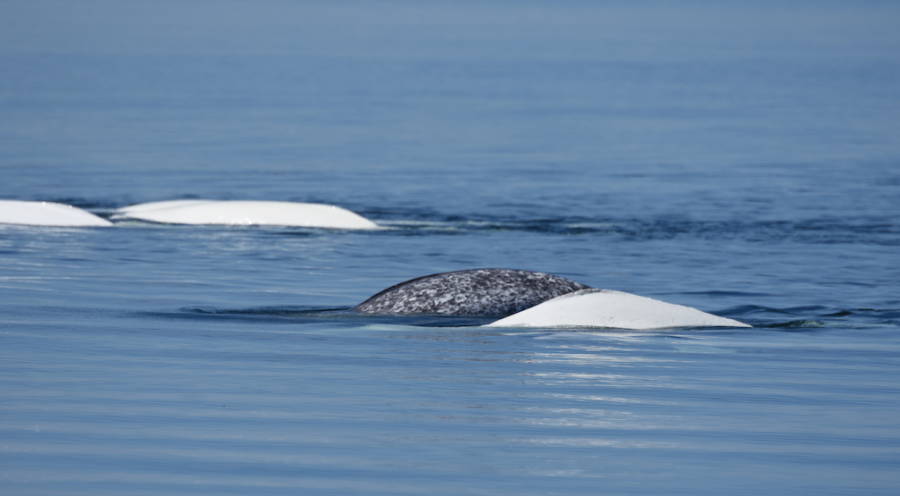 GREMMDrone footage of the narwhal’s grey back beside the white backs of the belugas.

However, it’s not unusual for whales to wander off away from where they are typically found, according to Michaud. Young beluga whales for one have wandered as far as New Jersey, so it’s not necessarily strange that this narwhal has found itself in the St. Lawrence River.

Though Michaud says that this particular narwhal is lucky to have found a home with this pod of belugas.

When young whales wander off in search of fellow whales of their kind, they often try to make friends with boats or humans. Coming into close contact with boats is particularly dangerous, as the propellers can cause serious and even fatal harm to the creatures.

“That little narwhal that made a similar trip was very lucky,” Michaud said. “Because he found almost normal buddies.” 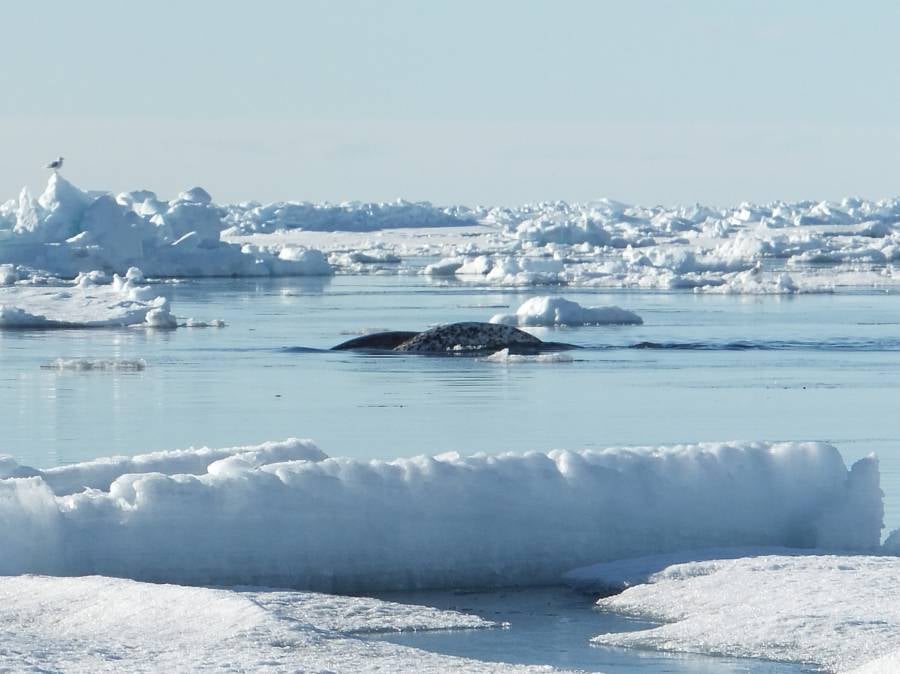 Wikimedia CommonsA narwhal swimming alongside land fast ice and pack ice along north Baffin Island, where narwhals can typically be found in Canada.

Kristin Laidre, a University of Washington researcher that studies narwhals, said that she’s surprised to learn that this narwhal wandered as far south as it did, and even more surprised that it’s been accepted by the beluga whale pod. “Narwhals and belugas, though closely related, are pretty different,” she said. Laidre added that although the two whale species’ habitats often overlap, they rarely interact with one another.

Martin Nweeia, a narwhal researcher at Harvard University, says that this interaction is simply a display of the natural compassion that these mammals possess.

“I don’t think it should surprise people,” he said. “I think it shows … the compassion and the openness of other species to welcome another member that may not look or act the same. And maybe that’s a good lesson for everyone.”

Next, read the story of the killer whale “Lulu” — one of the most contaminated animals on the planet. Then check out this story about ambergris, the rare whale vomit that somehow ends up in perfume.