Someone Has Been Installing Crack Pipe Vending Machines In New York

"You think you've heard of everything," the town's supervisor said. 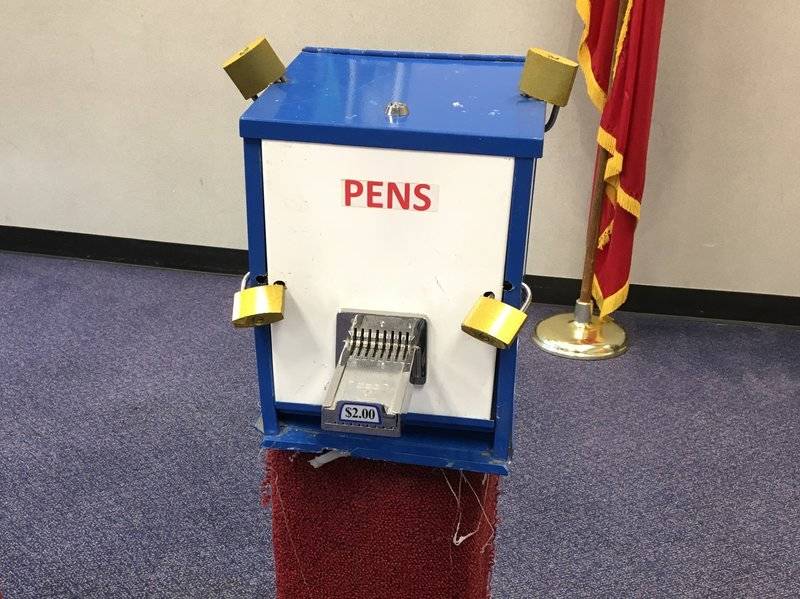 Town of BrookhavenOne of the crack pipe vending machines.

Mysterious vending machines popped up on Long Island last week and their contents have parents and local officials worried. The vending machines advertised that they sold pens — but were actually found to be dispensing crack pipes.

Last week, Suffolk County officials began to receive complaints from locals about mysterious pen dispensers that had surfaced in their neighborhood. By Sept. 10, three machines had been located, according to CNN.

During a press conference on Sept. 10, councilman Michael Loguercio clarified that while the contents themselves aren’t illegal, the machines’ installer still broke the law. 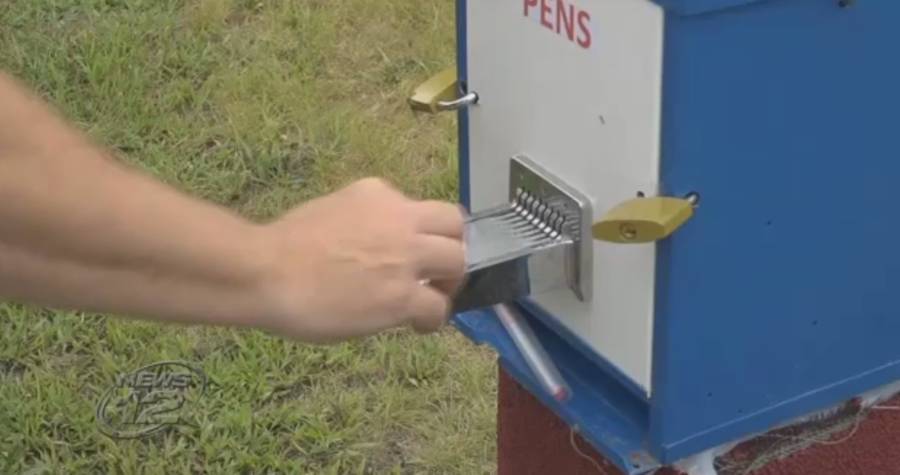 According to town officials, the fine for installing the dispensers could go as high as $4,000. To install the machines, the perpetrator had to dig an eight-inch hole and then fill it with concrete.

The machines instructed would-be purchasers to insert two dollars in quarters for a pen. According to News 12, when the dispensed pen is taken apart, a glass tube with a screen can be found inside, which are common tools used to smoke crack.

It is believed that the crack pipe vending machines are actually repurposed tampon machines that had been stolen from bathrooms.

Local news report on the crack pipe vending machines and the ensuing investigation.

“You think you’ve heard of everything, I continue to be surprised by some of the audacity of those that would break the law in promoting drugs and drug paraphernalia,” Edward Romaine, the town supervisor for Brookhaven Suffolk County, said during the press conference.

According to Loguercio, because it was the first week of school in the area, some parents thought the machines truly were supplying pens for the students.

However, once a local firefighter tried a machine, he knew it wasn’t an ordinary pen and contacted local officials, according to NPR.

Romaine told NPR even though the crime might not seem like the biggest deal, he hopes that law enforcement takes it seriously.

“Whether this is the most serious crime in Long Island, I doubt it,” he said. “But I hope the police would pay attention because as minor as it may seem, it’s rather brazen.”

During the press conference, Loguercio said that while they have been very focused on combatting their town’s opioid epidemic, crack is still a prevalent problem in their community.

So far no suspects have been named and the motive behind this bizarre crime is still unknown.

Next, take a photographic tour through 1980s New York when crack was king. Then, read the story behind the famous Crack Is Wack mural.