They're translucent, have no scales, and if you brought them to the surface, they would indeed melt. 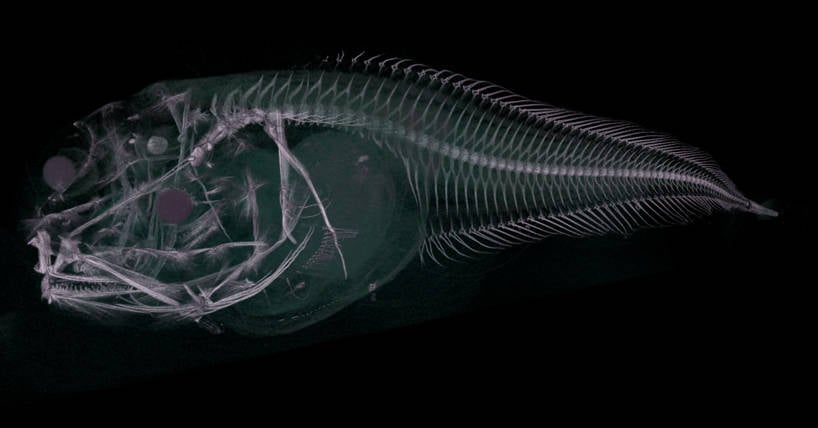 A group of scientists made an astounding discovery in the extreme depths of the Pacific Ocean when they uncovered three new species of fish.

An exploration deep into the Atacama Trench along the west coast of South America, one of the deepest places on earth, captured rare footage of three never-seen-before species of snailfish, according to a statement from Newcastle University.

A team of 40 scientists from 17 different nations teamed up for the exploration that discovered the new species. They are temporarily being called “the pink, the blue and the purple Atacama Snailfish.” The footage captured of the animals shows them nibbling on food and interacting in their bizarre deep-sea world. 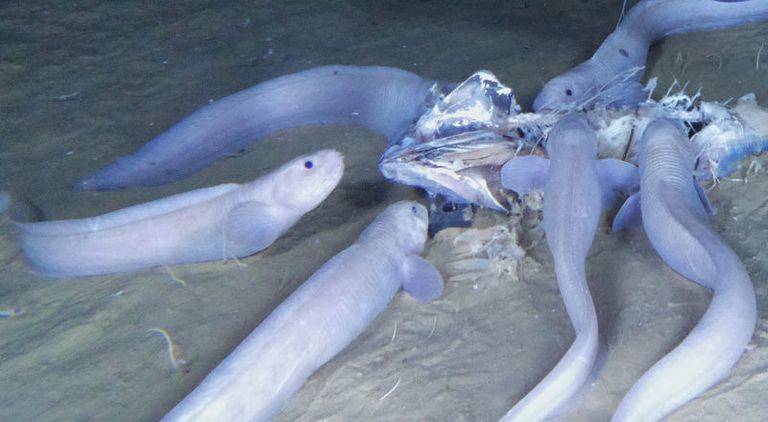 Newcastle UniversitySnailfish feeding in the trench.

The animals were discovered around 24,600 feet (roughly four and a half miles) below the surface in the Atacama Trench, which is more than 3,700 miles long and is around 26,000 feet deep at its lowest point.

According to the statement, these snailfish break the mold of what deep-sea fish typically look like. Instead of giant, protruding teeth or a terrifying body type, these fish are small, ghostly-colored, translucent, and have no scales.

The footage captured in the Atacama Trench by the team of researchers.

Despite their atypical body types, it seems like they are perfectly adapted to living in depth’s the extreme pressure and are at the top of the food chain, according to scientists.

“As the footage clearly shows, there are lots of invertebrate prey down there and the snailfish are the top predator, they seem to be quite active and look very well-fed,” Dr. Thomas Linley, from Newcastle University, said in a statement.

“There is something about the snailfish that allowed them to adapt to living very deep. Beyond the reach of other fish, they are free of competitors and predators,” he added. 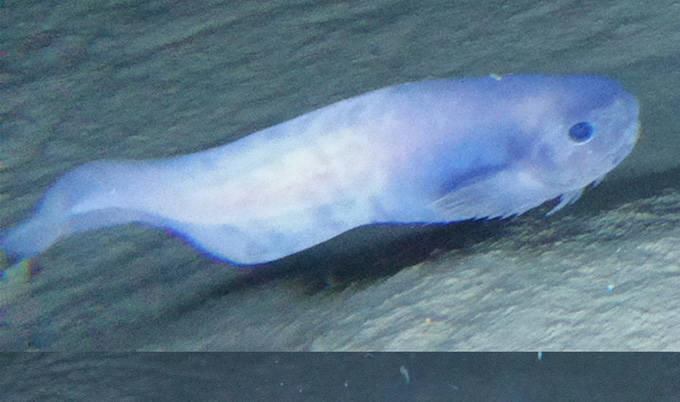 The snailfish, which are members of the Liparidae family, are so well-adapted to the deep that if they were brought up to the surface, it would prove disastrous for the fish.

“Their gelatinous structure means they are perfectly adapted to living at extreme pressure and in fact, the hardest structures in their bodies are the bones in their inner ear which give them balance and their teeth,” Dr. Linley said. “Without the extreme pressure and cold to support their bodies, they are extremely fragile and melt rapidly when brought to the surface.”

Nevertheless, the team of researchers did manage to trap and capture one of the snailfish. The carefully preserved fish is now being studied further by the team from Newcastle University, a group of colleagues from the United States, as well as the Natural History Museum in London. 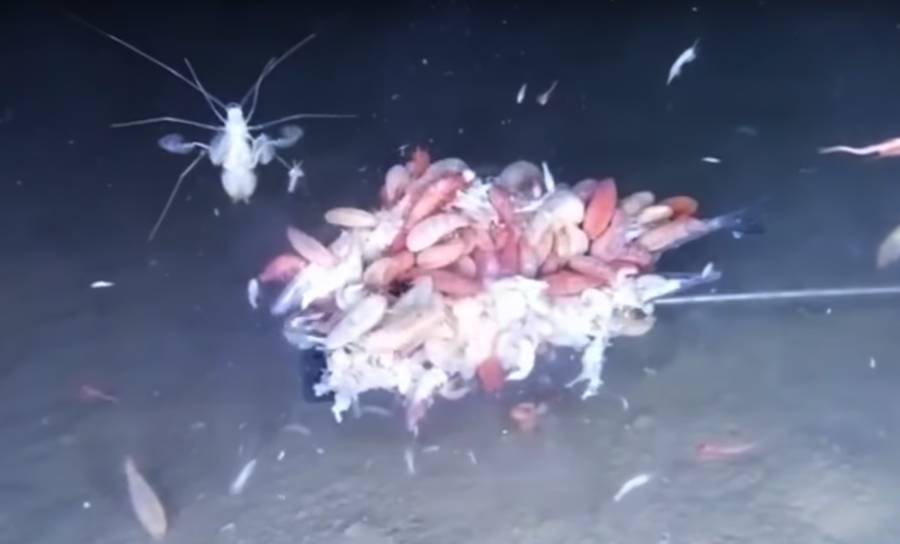 YouTubeOne of the long-legged isopods, known as Munnopsids, captured by the team.

In addition to the Atacama snailfishes, the team also captured rare footage of Munnopsids, which are long-legged isopods that are roughly the size of an adult human hand.

Much of the ocean’s deep, dark depths have yet to be explored, and the discovery of these three new snailfish show that the icy, cold waters hold many surprises.

Next, check out seven of the most frighteningly bizarre ocean creatures. Then, take a look at 30 weird creatures pulled up by deep-sea fisherman Roman Fedortsov.