The Spix's macaw — the striking bird known as Blu in the movie "Rio" — now only lives on in captivity, according to a new study. 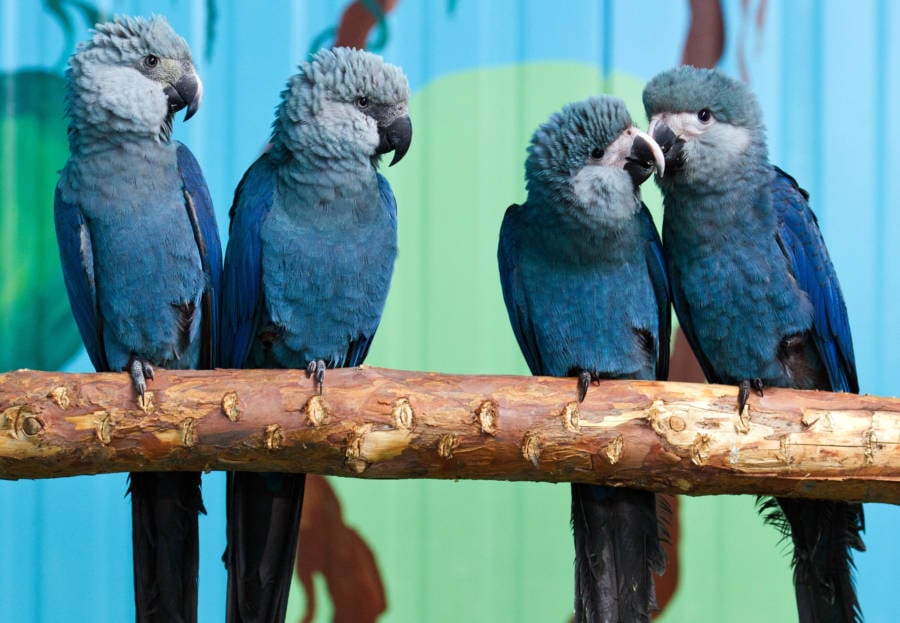 PATRICK PLEUL/AFP/Getty ImagesSpix’s macaws sit on a branch in their aviary at the association for the protection of endangered parrots in Schoeneiche, Germany.

Several bird species are now believed to be extinct, including the striking blue bird that inspired the 2011 movie Rio.

According to a new study published in the journal Biological Conservation, at least eight bird species should be added to the list of confirmed or suspected extinctions. On the list is the Spix’s macaw — a blue parrot native to Brazil and made famous in Rio — which is now believed to be extinct in the wild.

The movie portrayed the real-life struggles of the Spix’s macaw as it followed the journey of a male raised in captivity who traveled from Minnesota to Rio de Janiero to mate with the last female of the species. It ended happily with the two characters falling in love and having a baby, but sadly, the reality is much more grim.

According to CNN, the report states that the movie was about 11 years too late because the last female in the wild most likely died in 2000.

The trailer for the movie Rio.

The study identified deforestation as one of the top causes of the recent bird species’ disappearances.

“Human activities are the ultimate drivers of virtually all recent extinctions,” Stuart Butchart, BirdLife International’s Chief Scientist and lead author of the paper, told IFLScience. “It is certainly the case that the rate of extinctions on continents is higher than ever before. And that the rate will continue to increase without concerted conservation efforts.” 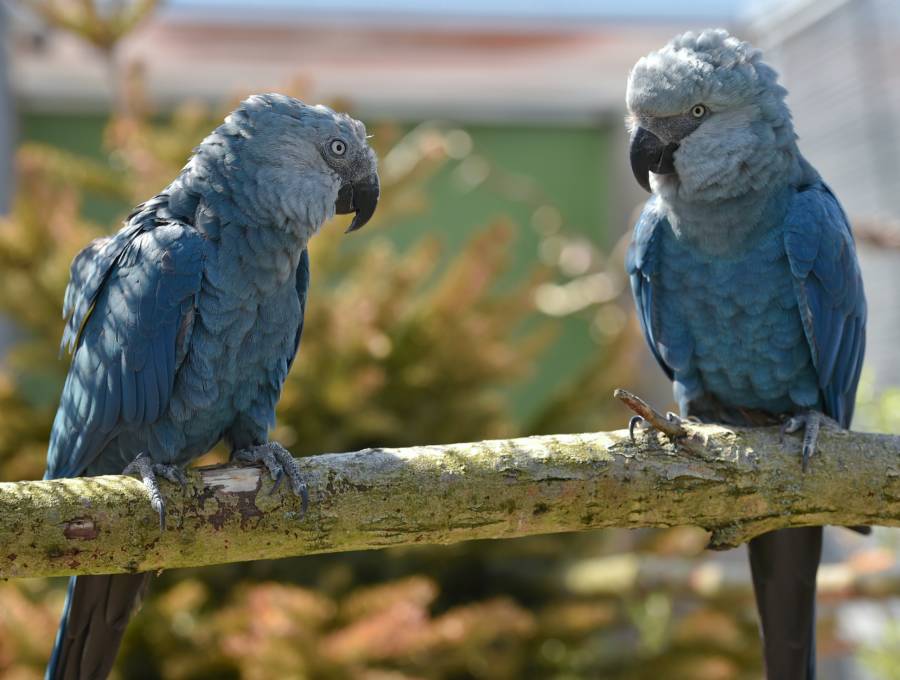 In recent centuries, bird extinctions mainly happened to species that lived on small islands. Most of the species were driven to extinction due to invasive species, according to IFLScience. However, this new study has revealed a startling trend of species now becoming extinct on mainlands, instead of islands, due to human causes.

“Ninety percent of bird extinctions in recent centuries have been of species on islands,” Butchart told CNN. “However, our results confirm that there is a growing wave of extinctions sweeping across the continents, driven mainly by habitat loss and degradation from unsustainable agriculture and logging.”

However, not all hope is lost for the resilient blue bird. According to the paper, the species may be extinct in the wild but 60 to 80 of them are still alive in captivity.

But it seems that if humans don’t stop intruding into the birds’ habitat, the only place left to see the Spix’s macaw will be on the silver screen.

After this look at the Spix’s macaw, read all about de-extinction: the process of bringing an extinct species back to life. Then check out these 35 extinct animals that should be cloned back into existence.