Though the ancient species was not exclusively found in Ireland, more remains of these deer have been found in that country than anywhere else in the world. 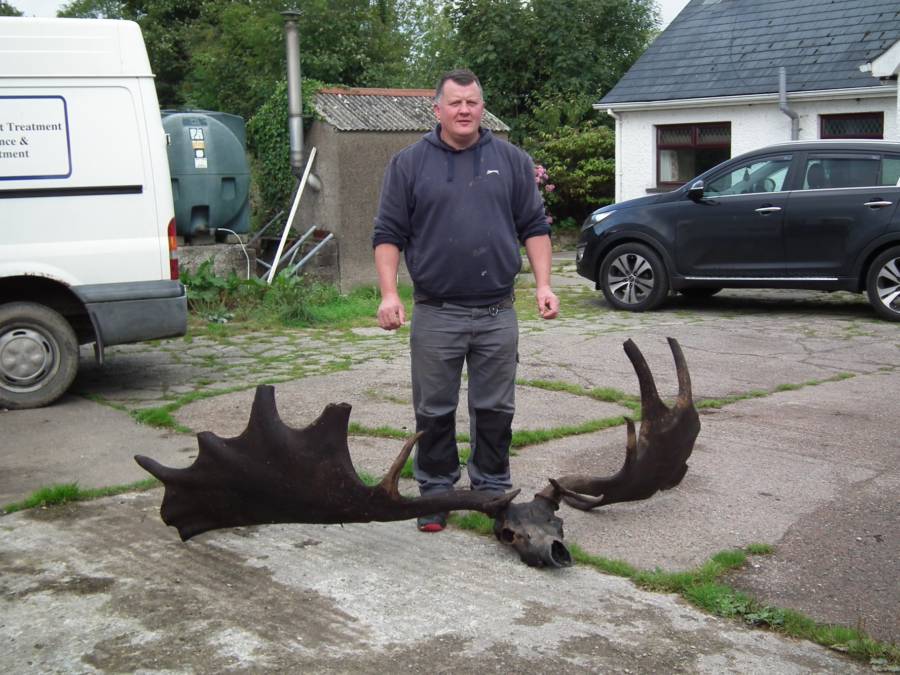 Ardboe Galler/FacebookRaymond McElroy is pictured with the antlers and skull of an Irish elk that he found in Northern Ireland.

A fisherman and his assistant were out on the lakebed of Lough Neagh in Northern Ireland when they reeled in the farthest thing from their usual catch.

Raymond McElroy and his assistant, Charlie Coyle, were shocked when they hooked a massive pair of elk antlers with the skull almost fully intact. As it turns out, their catch was not only unexpected but historic, as the ancient skull dates back more than 10,500 years, according to LiveScience.

The two men were fishing just about a half mile from shore, where the waters are no more than about 20 feet deep, when they discovered the elk skull.

“I thought it was the devil himself,” Coyle told The Irish Times. “I was going to throw it back in. I didn’t know what to do with it.” 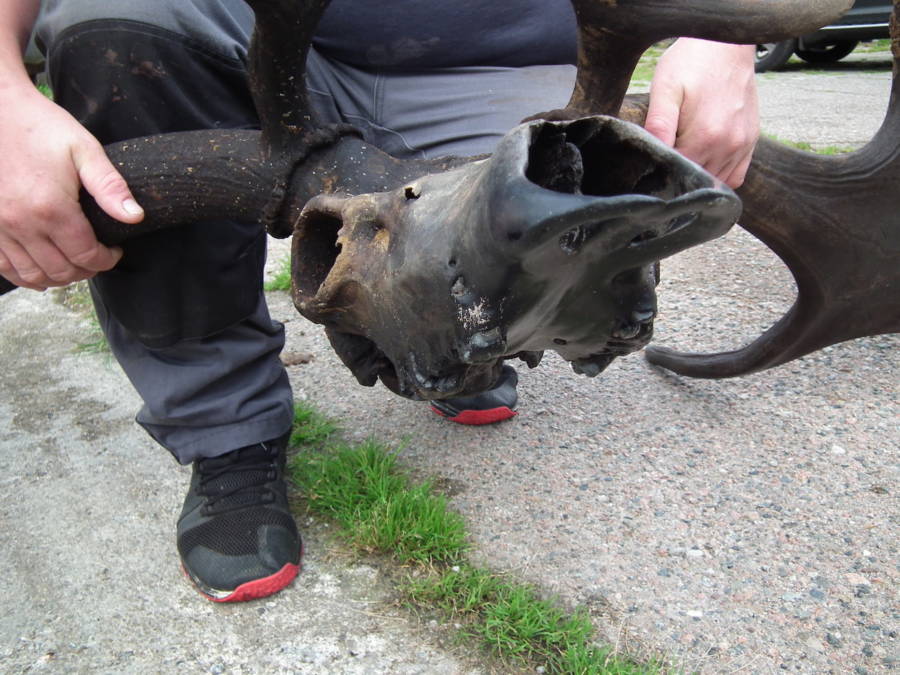 Ardboe Gallery/FacebookA close-up of the Irish elk skull, which was found mostly intact with the antlers still attached.

Indeed, the Irish elk was one of the largest species of deer to ever exist. This species has now been extinct for more than 10,000 years.

The name “Irish elk” is a misleading one, however, as these creatures are neither elks nor exclusively found in Ireland. These massive animals are technically categorized as deer and could be found in Europe, Asia, and Africa when they were still alive.

The “Irish elk” name comes from the fact that the remains of these creatures are most commonly found in the lakes and bogs of Ireland — more often than in other parts of the world. 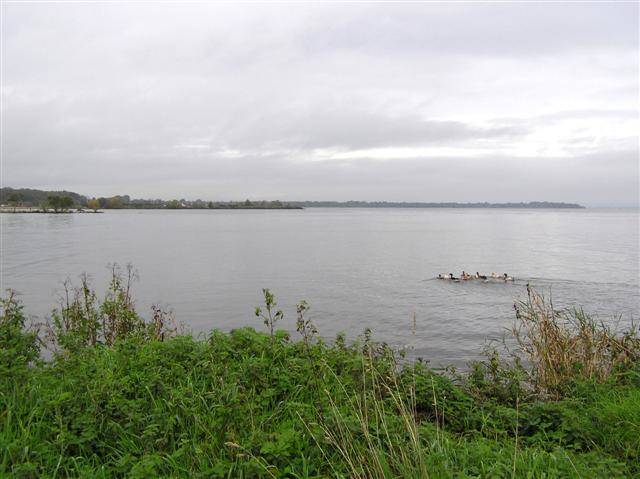 Wikimedia CommonsLough Neagh in Northern Ireland, where the fishermen found the Irish elk skull and antlers.

According to Mike Simms, a paleontologist at the Ulster Museum in Belfast, these deer were once able to live in the Irish grass plains when the weather and environment suited them.

“It’s the first really good one I have seen in 20 years,” Simms said of the latest find in an interview with BelfastLive. “They’ve been extinct since 10,500 to 11,000 years ago in Ireland.”

When forests began to grow, their massive antlers didn’t allow them to navigate as easily as they did when the roamed the open plains. Simms said that “giant antlers aren’t great in the forest,” and ultimately, “Environmental change is what caused their extinction.”

A PBS segment on the Irish elk, which includes depictions of what the creature may have looked like.

There have been other Irish elk remains found at this same lake. In 1987, a fisherman named Felix Conlon discovered a set of antlers attached to a skull, which he later gave to a local school to display.

Then in 2014, another fisherman named Martin Kelly found a lower jawbone from an Irish elk at Lough Neagh lake that was estimated to be at least 14,000 years old — not far from the same spot where McElroy and Coyle found their Irish elk skull.

McElroy believes that the lower jawbone actually might match with the elk skull he just discovered, although experts haven’t yet confirmed this theory.

Next, read about this prehistoric armadillo that was actually the size of a car. Then, check out this story about how scientists managed to reconstruct the face of a 9,000-year-old teenager.