"The stars aligned, unfortunately ... He didn't even see it coming." 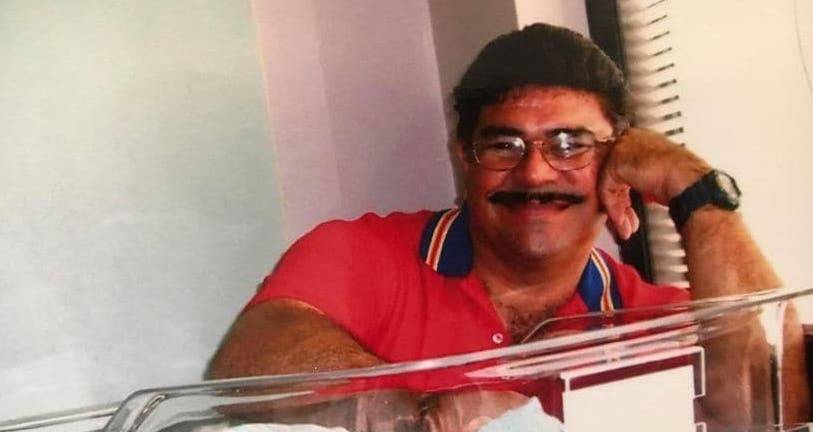 A good Samaritan was murdered last fall for stopping to help a stranded driver who turned out to be a hitman that had been hired to kill him. And now those responsible for the man’s death are being brought to justice.

On Sept. 6, three people were arrested in connection to the murder of 60-year-old Carlos Cruz-Echevarria, Volusia County Sheriff Mike Chitwood said, according to the Orlando Sentinel.

Cruz-Echevarria was found dead face-down in a ditch near his Florida home with multiple gunshot wounds to the head on Veterans Day 2017. Police say that Cruz-Echevarria, an Army veteran, was targeted and killed to stop him from testifying in a road-rage case, according to The Washington Post.

“This is one of the most heinous, despicable, cowardly acts that I’ve ever witnessed,” Sheriff Chitwood said in a news conference on Sept. 7 (see below). “Somebody’s gonna pay the ultimate price.”

The trouble started on May 1, 2017, when Cruz-Echevarria honked at the car in front of him at an intersection in Deltona, Fla. because it was stopped during a green light, according to Sheriff Chitwood. The driver of the other car, Kelsey Terrance McFoley, pulled up alongside Cruz-Echevarria at another light and pointed a gun at him asking if he had a problem.

Cruz-Echevarria took note of McFoley’s tag number, and on June 1 he was arrested and charged with aggravated assault and unlawful possession of a firearm by a felon, according to The Washington Post.

According to Capt. Brian Henderson, McFoley was a convicted felon who already had more than two dozen previous charges. McFoley knew that if he were convicted in the road rage case, he would face a severe prison sentence.

To avoid a lengthy prison stay, McFoley hatched a plan. According to the Orlando Sentinel, on Oct. 23 McFoley’s lawyer filed a court notice saying that Cruz-Echevarria was going to testify against McFoley in December.

Cruz-Echevarria’s address was on the court notice so McFoley hired Benjamin Bascom to go to Cruz-Echevarria’s house and kill him. On Nov. 11, Bascom went to his house but, he wasn’t home, so Bascom circled the neighborhood waiting for him to return, investigators said.

However, while trying to turn around on the street, Bascom’s truck accidentally got stuck. Then in a cruel twist of fate, Cruz-Echevarria pulled up behind Bascom and got out of his car to help.

According to the Orlando Sentinel, while Cruz-Echevarria bent over to look at the car, Bascom shot him in the head several times, killing him.

“The stars aligned, unfortunately,” Capt. Henderson said during the news conference. “He didn’t even see it coming.”

The tragic death of Cruz-Echevarria rocked the community. He was described as a self-made man who was hard-working and beloved by those who knew him.

His murder went unsolved for months until Bascom’s DNA was discovered in both the stolen vehicle he drove to murder Cruz-Echevarria as well as Cruz-Echevarria’s truck, which was found torched after the murder several miles away. Also, phone records linked Bascom to the case and indicated that McFoley spoke with Bascom on the phone and gave him instructions on how to kill the 60-year-old.

In the end, Bascom, McFoley, and McFoley’s girlfriend, Melissa Rios Roque, were arrested as suspects in Cruz-Echevarria’s murder.

“A road-rage incident where a man does what he’s supposed to do: notify the police, cooperate with the system, and his thanks was to end up with multiple bullets in his head,” Chitwood said during the news conference.

According to The Washington Post, prosecutors are currently considering seeking the death penalty for the three suspects for their roles in the good Samaritan’s death.

Next, read up on Mitchell Quy, the man who murdered his wife and then let the media follow him as he “looked” for her. After that, discover the tragic story of Jeffrey Dampier, who shared his lottery winnings with his family only to be murdered by his sister-in-law.