One customer was not satisfied with his copper purchase and wrote a harsh message to the businessman Ea-nasir, etching both the front and back of a clay tablet in cuneiform. 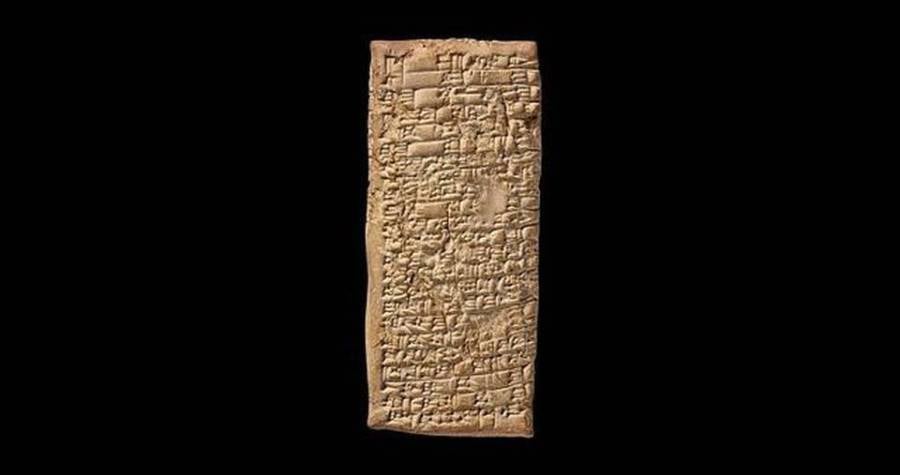 Wikimedia CommonsThe first ever recorded customer complaint comes from Mesopotamia and is over 3,800 years old.

Before customer service hotlines and social media existed, people dissatisfied with the service they received would inscribe their complaints onto stone tablets, with some of the oldest complaints on record date back to the Mesopotamian era.

In fact, the world’s first known customer complaint was sent about 3,800 years ago from the southern Mesopotamian city of Ur — now Tell el-Muqayyar in modern Iraq.

The tablet belongs to the British Museum in London’s collection and contains a complaint from a man named Nanni to a businessman named Ea-nasir that’s written in the Akkadian language in cuneiform script, one of the oldest forms of writing. Nanni complained to Ea-Nasir the wrong grade of copper ore had been delivered to him, and about misdirection and delay of a separate shipment.

Ea-nasir was a member of the Alik Tilmun, a guild of merchants based in Dilmun. Archeologists discovered that he was a prominent copper trader. As it turns out, Ea-nasir was a pretty bad businessman and received multiple complaints from angry customers.

The Trustees of the British MuseumThe clay tablet containing the letter from Nanni to Ea-nasir complaining that the wrong grade of copper ore had been delivered after a gulf voyage, and about misdirection and delay of a different delivery.

According to Forbes, a man named Arbituram sent a note to Ea-nasir complaining about why he hadn’t received the copper that he paid for. “Why have you not given me the copper? If you do not give it, I will recall your pledges. Good copper, give again and again. Send me a man,” reads a rough translation of the tablet.

But the harshest complaint tablet sent comes from Nanni, who chiseled both the front and back of his tablet that he sent to Ea-nasir centuries ago.

The tablet was translated by Assyriologist A. Leo Oppenheim in his out-of-print 1967 book, Letters From Mesopotamia: Official, Business, and Private Letters on Clay Tablets from Two Millennia, and reads as follows:

When you came, you said to me as follows: ‘I will give Gimil-Sin (when he comes) fine quality copper ingots.’ You left then but you did not do what you promised me. You put ingots which were not good before my messenger (Sit-Sin) and said: ‘If you want to take them, take them; if you do not want to take them, go away!’

What do you take me for, that you treat somebody like me with such contempt? I have sent as messengers gentlemen like ourselves to collect the bag with my money (deposited with you) but you have treated me with contempt by sending them back to me empty-handed several times, and that through enemy territory. Is there anyone among the merchants who trade with Telmun who has treated me in this way? You alone treat my messenger with contempt! On account of that one (trifling) mina of silver which I owe you, you feel free to speak in such a way, while I have given to the palace on your behalf 1,080 pounds of copper, and umi-abum has likewise given 1,080 pounds of copper, apart from what we both have had written on a sealed tablet to be kept in the temple of Samas.

How have you treated me for that copper? You have withheld my money bag from me in enemy territory; it is now up to you to restore (my money) to me in full.

Take cognizance that (from now on) I will not accept here any copper from you that is not of fine quality. I shall (from now on) select and take the ingots individually in my own yard, and I shall exercise against you my right of rejection because you have treated me with contempt.”

Even in the earliest civilizations known to man, people complained about bad service as frequently (and scathingly) as they do today.

Next, check out this story about the world’s first “Yo mama” joke that dates back to 1,500 B.C. Then, read about the ancient Sumerian gods called the Anunnaki, who some historians claim were believed to be extraterrestrial beings.