Love the sea but hate the beach? The fantastic Aquadom of Berlin is just for you. 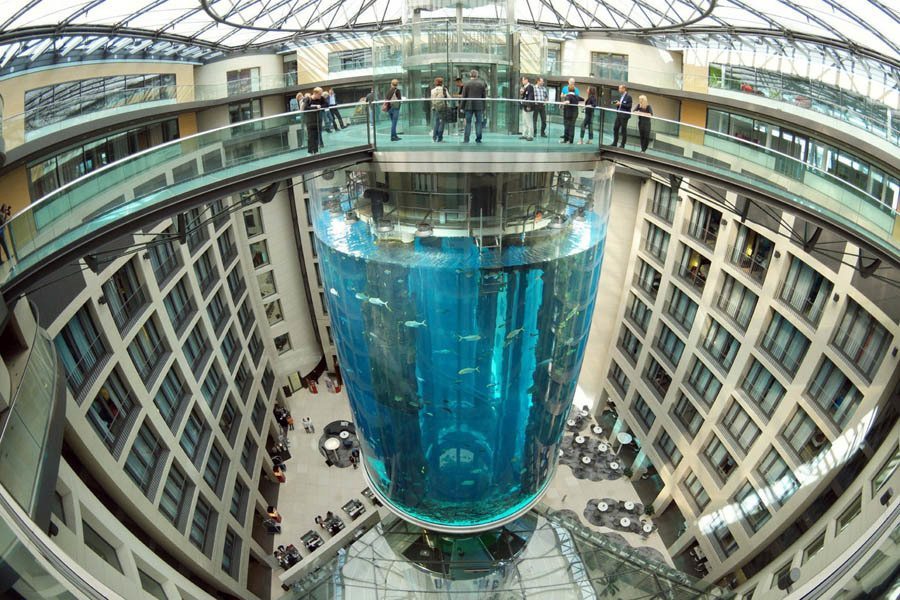 The giant AquaDom tower draws tourists from around the globe. Source: Joerg Carstensen/EPA

For truly stunning aquatic life and structures that house them you don’t have to head an educational institution – you can just visit the Radisson Blu Hotel. Built in 2004 as part of the Sea Life Center complex, the AquaDom (which was constructed at a cost of 12.8 million Euros) stands 82 feet high and holds more than 1,500 fish, 50 of which are unique species. This aquarium’s tower is so large (holding 260,000 gallons of water) that an entire team of divers has to clean it three to four times each day.

The entire Sea Life Center houses multiple aquatic exhibits and displays; an interactive rock pool where guests can physically interact with some of the aquarium’s gentler sea life, as well as a transparent tunnel that allows visitors to “walk through” and take in the fantastic creatures. But the clear star of the show is the freestanding cylindrical aquarium: an elevator shooting through the center of the aquarium affords guests dramatic. above ground views of underwater life.

Don’t take our word for it, though; check out the sights for yourself: 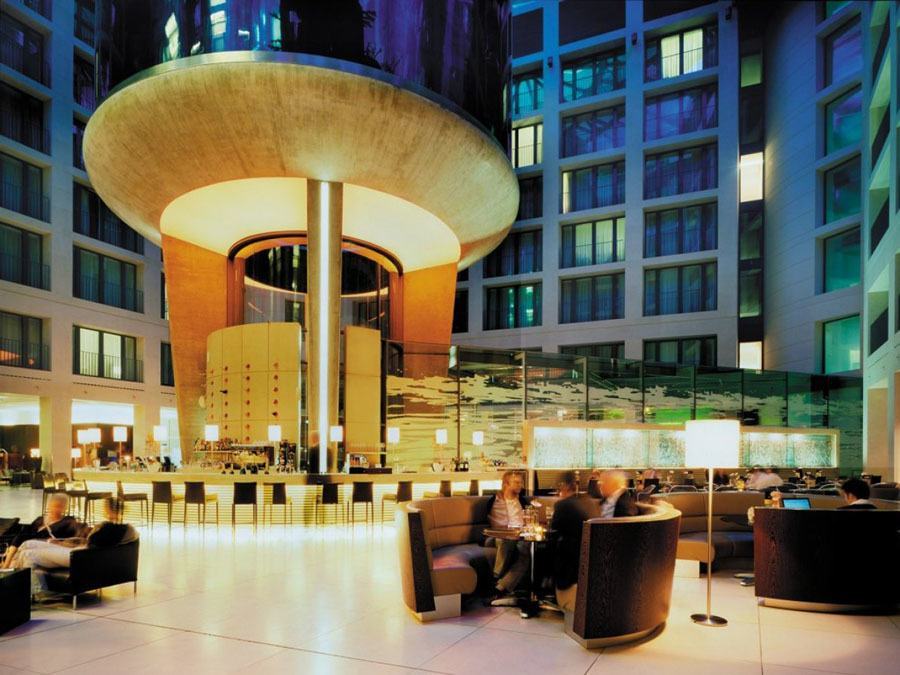 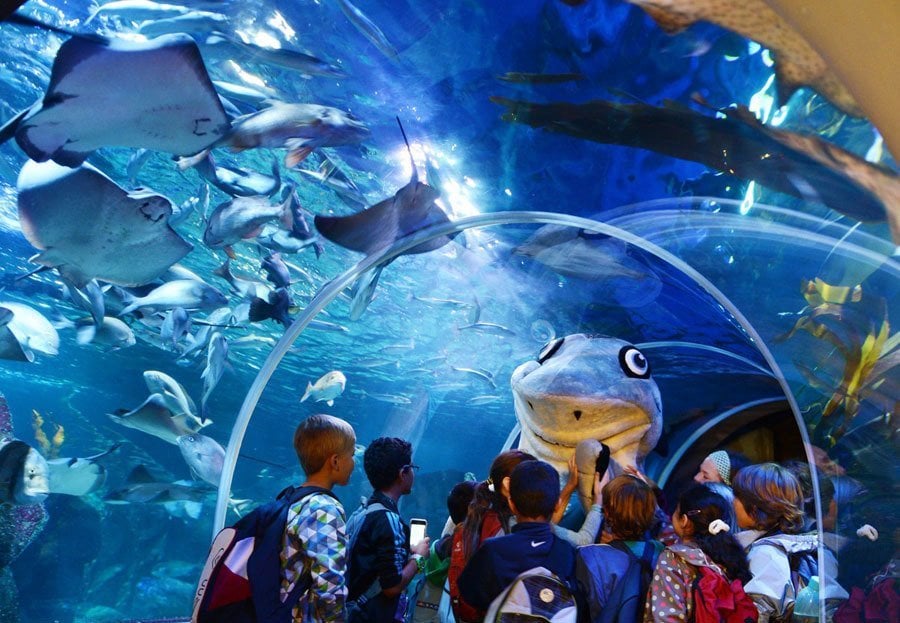 In addition to the natural sea life, costumed mascots also offer themselves as amusement for young visitors. Source: Jens Kalaene/EPA 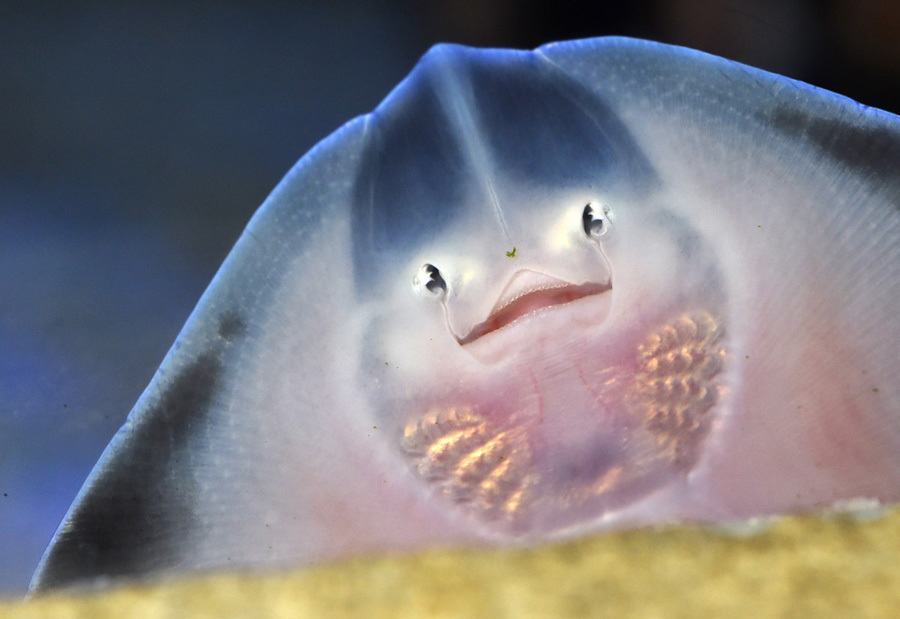 As of June 17th, 2015, there were five two and three month-old baby rays. Raised along with these rays in the “Kindergarten Aquarium” are a group of young cat sharks. Don’t let the image fool you; what appear to be eyes on the bottom of the rays are actually small gills. Source: Jens Kalaene/EPA 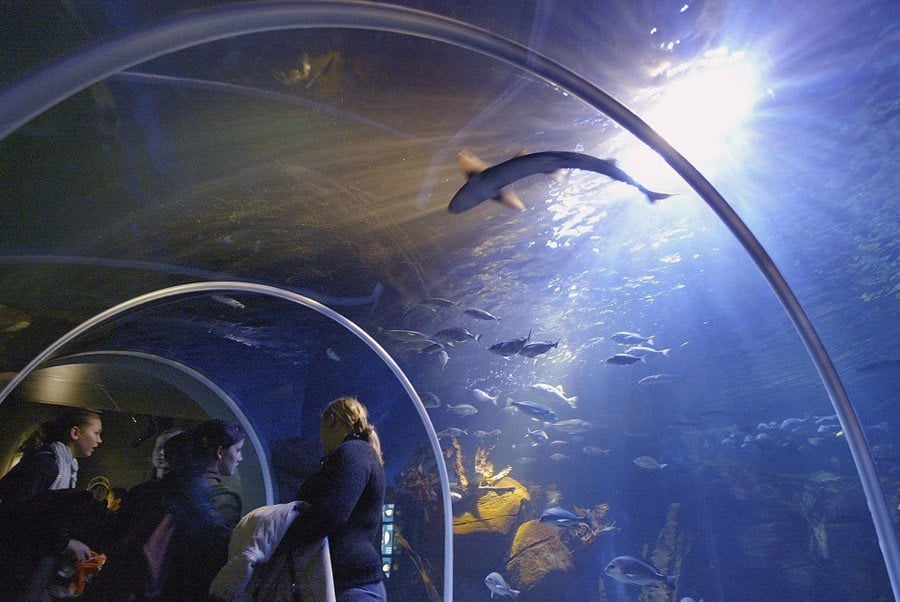 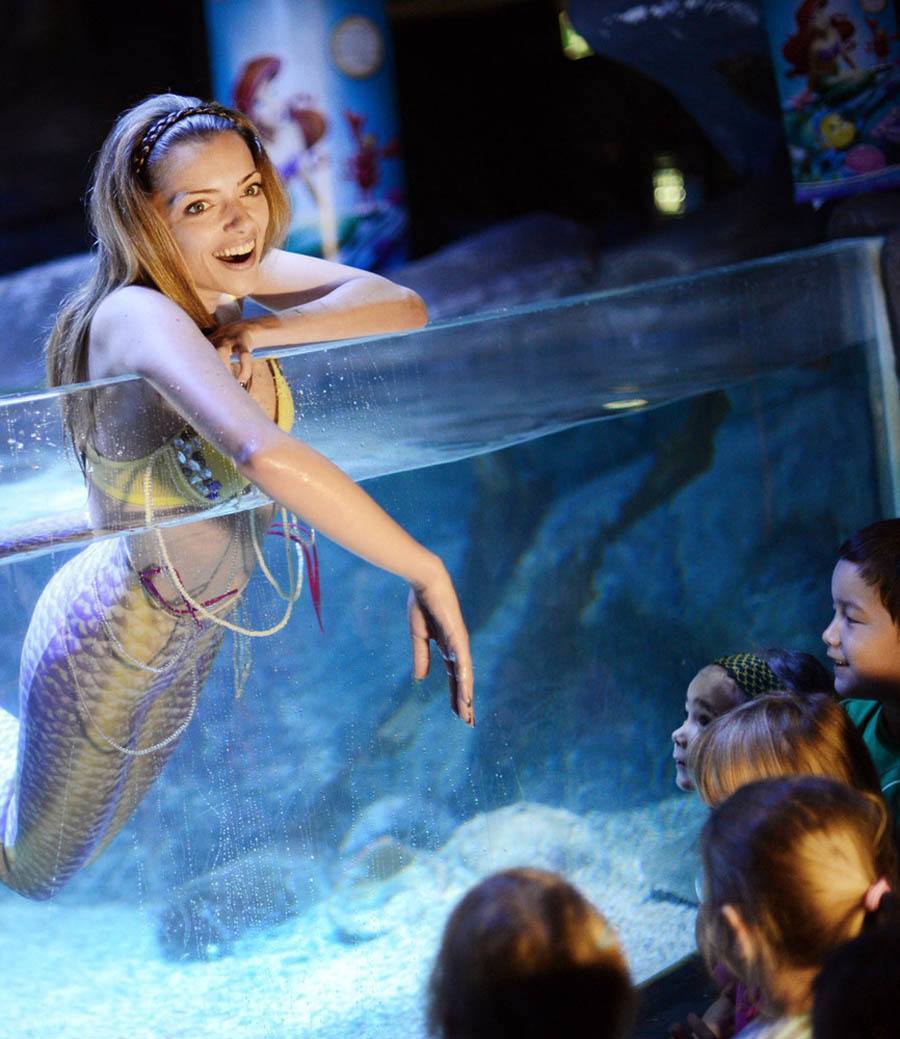 In addition to its regular exhibits, Aquadom offers special events. German actress Anne Menden made a special appearance as a mermaid to promote the movie release of The Little Mermaid in September 2013. Source: Jens Kalaene/Corbis 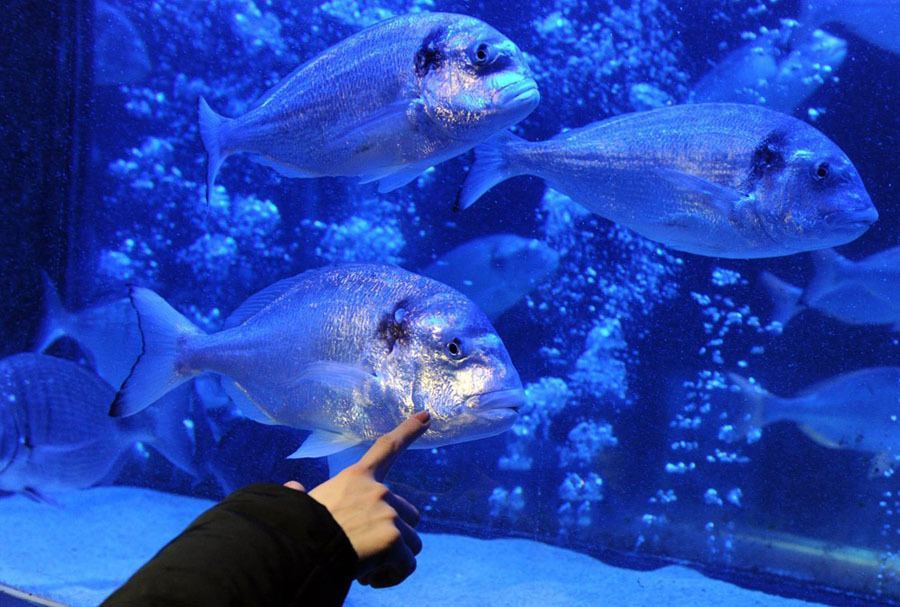 Most aquariums request that patrons do not touch the glass, but some visitors just cannot help themselves. Source: Jens Kalaene/Corbis 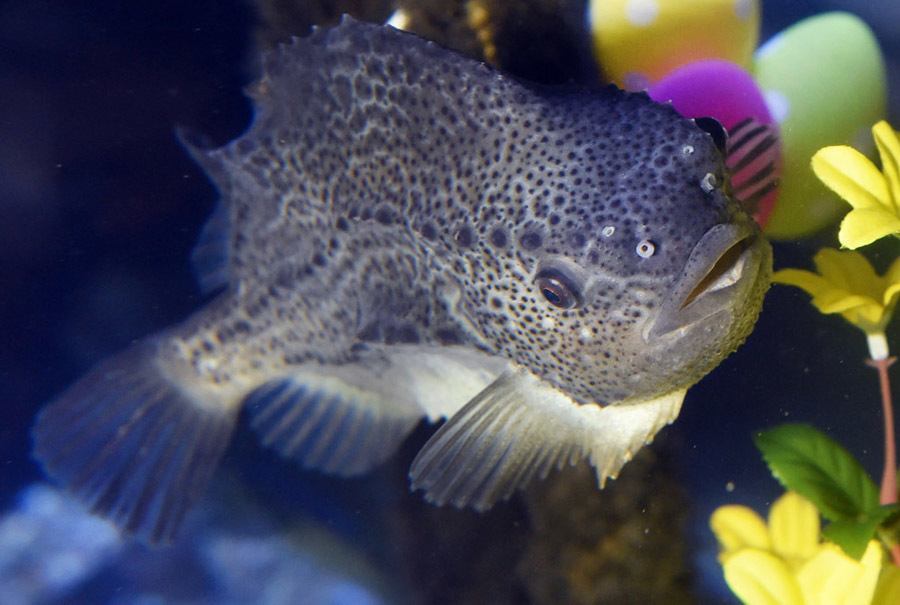 In the spring months, the lumpfish will lay approximately 200,000 eggs. Source: Jens Kalaene/EPA 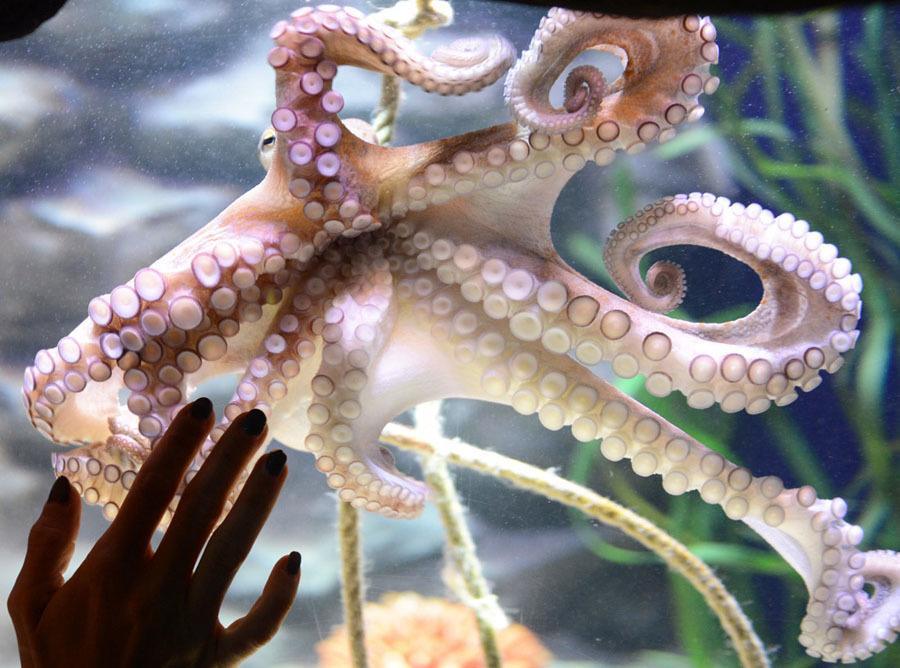 The AquaDom contains a special octopus exhibit known as the “Oktopus Hoehle,” which is the home of five separate species. Source: Jens Kalaene/Corbis 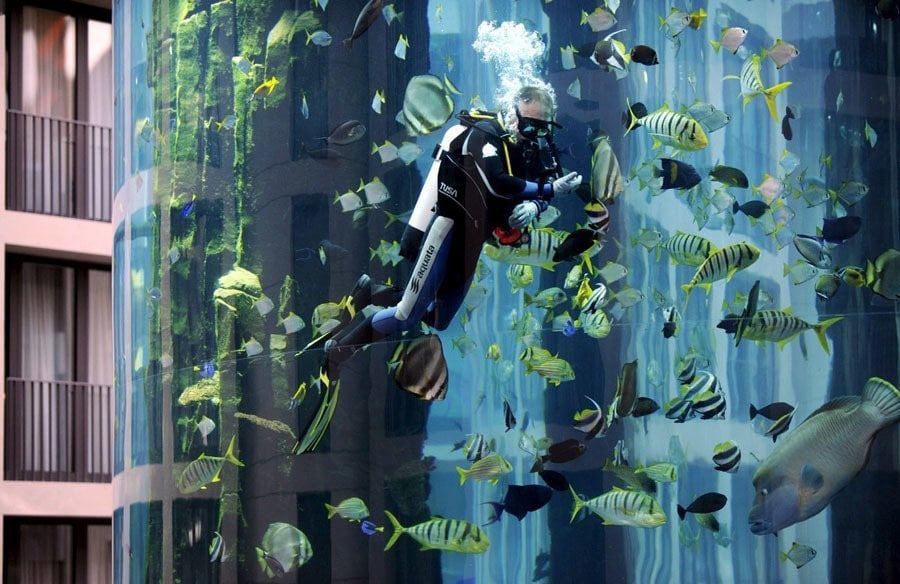 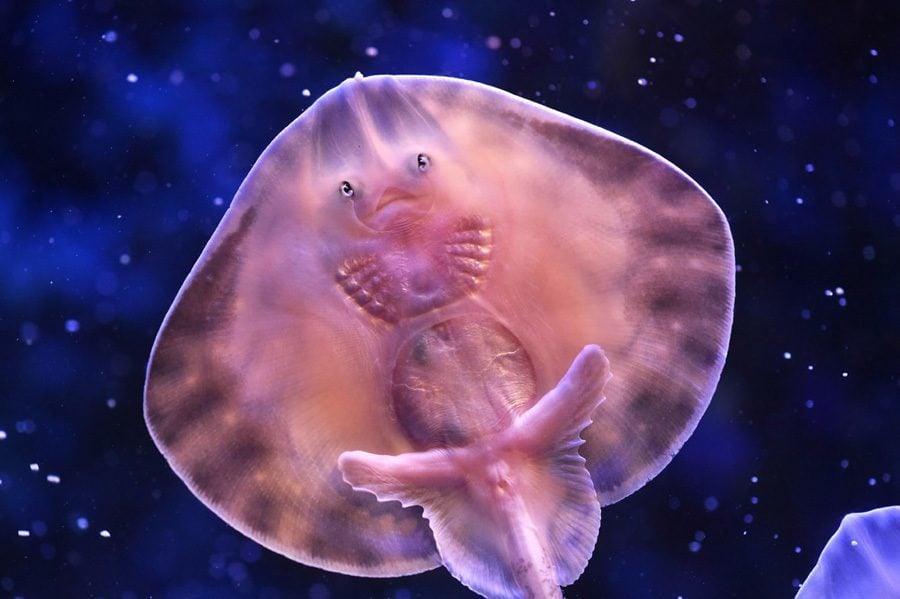 When they are fully grown, baby rays will be around three feet wide, measured from wingtip to wingtip. Source: Jens Kalaene/EPA 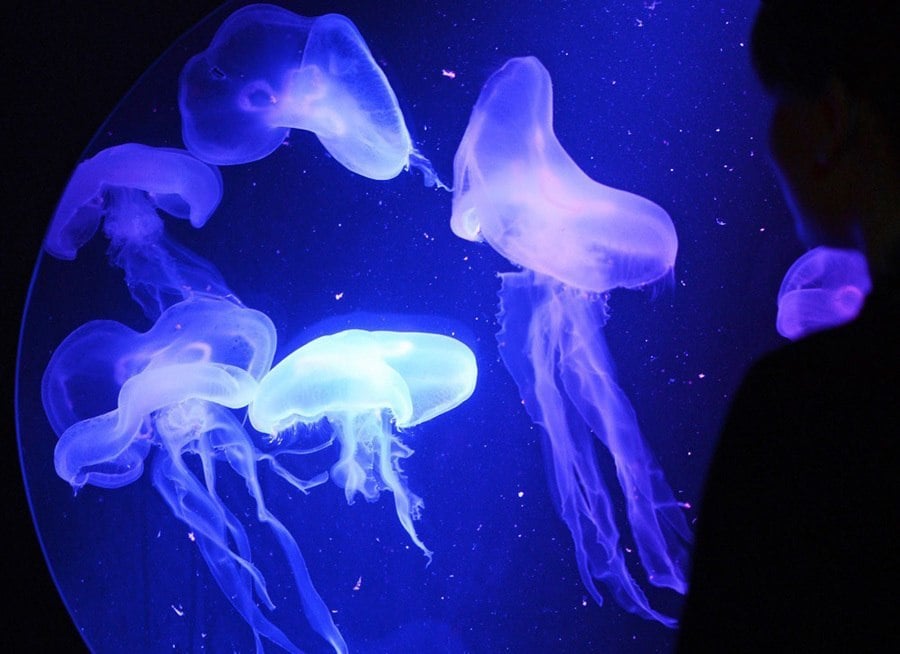 The jellyfish glow brightly under the florescent lights of the AquaDom. Source: Jens Kalaene/EPA 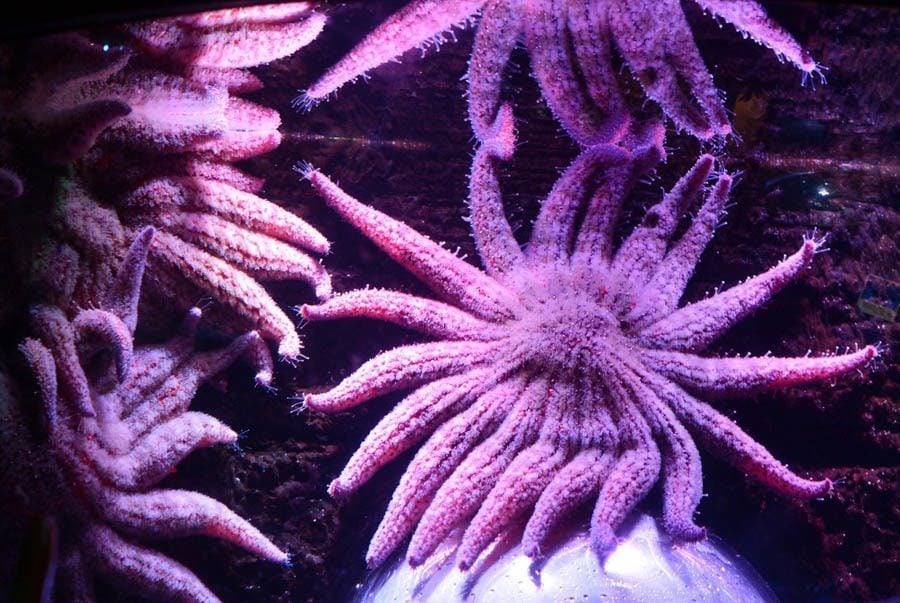 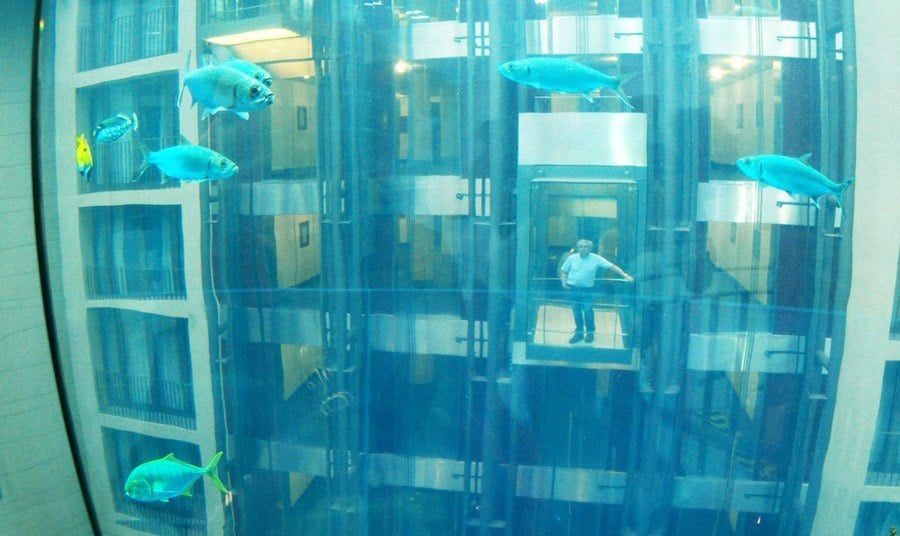 There really isn’t a bad view in the complex, as evidenced by this guest observing the AquaDom from just outside his hotel room. Source: Joerg Carstensen/Corbis 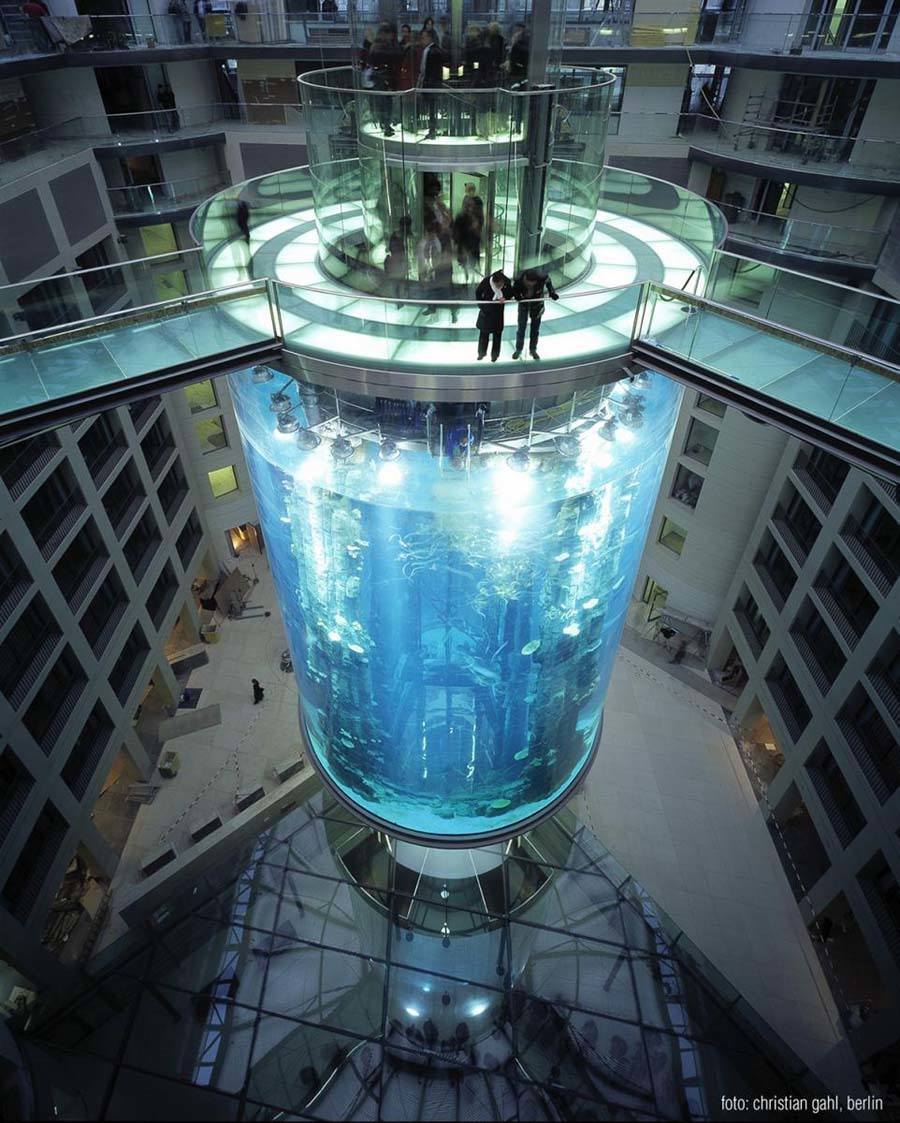 The tower takes its presentation to a whole new level at night when it is illuminated. Source: Christian Gahl 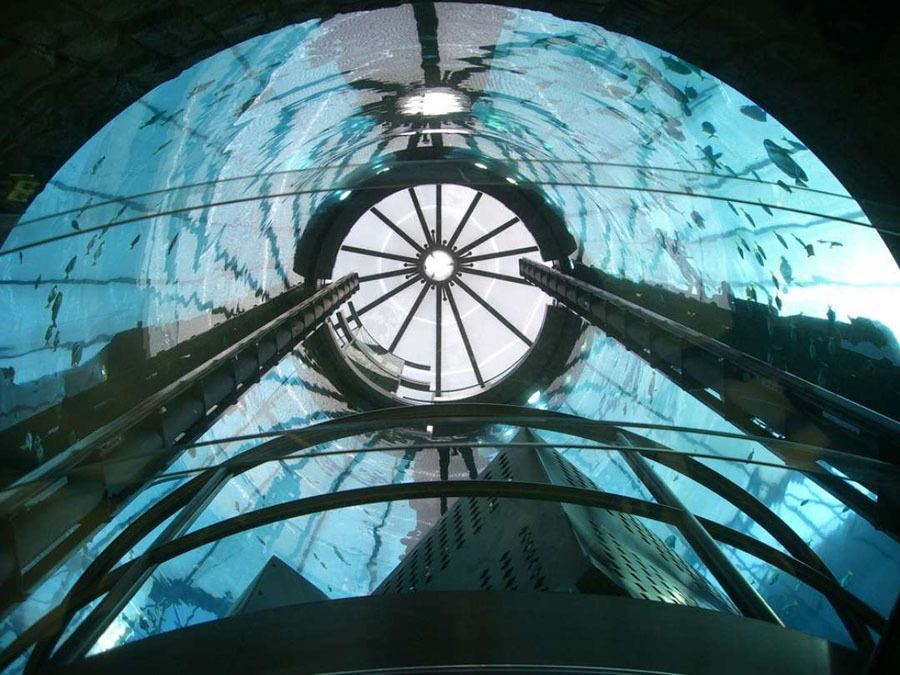 The view from the inner elevator can be a surreal experience. Source: Samuel Medina