Bernie Tiede was a beloved mortician in Carthage, Texas, and even after he shot his 81-year-old companion Marjorie Nugent dead in 1996, his town still stuck by his side. 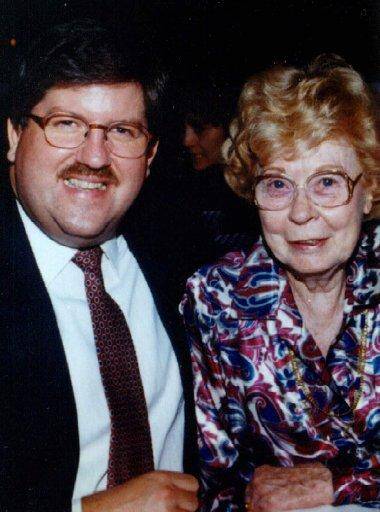 Twitter/Texas MonthlyBernie Tiede, pictured with Marjorie Nugent, not long before her 1996 murder.

Bernie Tiede, a beloved funeral director in Carthage, Texas, was friendly, well-liked, considerate, and helpful. Taking great pride in his work, he was a consoling shoulder for the bereaved throughout the late 1980s and early ’90s – especially the elderly.

Nevertheless, when Tiede became the constant companion of the meanest woman in Carthage – Marjorie Nugent, 40 years his senior — it was certainly a surprise. Despite locals’ shock, Tiede and Nugent became inseparable and may have even shared a romantic relationship.

But when Nugent was found dead in a freezer in 1997 and Tiede came under suspicion, the town had trouble believing that their favorite son had committed such a heinous crime. And though this case is the true story behind the 2011 movie Bernie, the real events are more astounding than anything Hollywood could have dreamt up.

How Bernie Tiede Became A Beloved Fixture In Carthage, Texas

Bernhardt Tiede II was born on August 2, 1958, in Abilene, Texas. When he was just three years old, his mother died in a car accident, with his father unharmed as driver of the vehicle. Never forgiving himself, Tiede’s father began drinking heavily, and died when Tiede was 15 according to CBS News. After high school, Tiede started working in a funeral home, showing a particular talent for makeup and hair.

In 1985, the 27-year-old Tiede moved to Carthage, which had a population of just 6,500. As an assistant funeral director at Hawthorn Funeral Home, Tiede soon became a beloved pillar of the Carthage community, and according to Texas Monthly, wore colorful Tommy Hilfiger clothes, when not wearing somber funeral suits, and drove around town in his Lincoln Continental, smiling broadly at everyone. 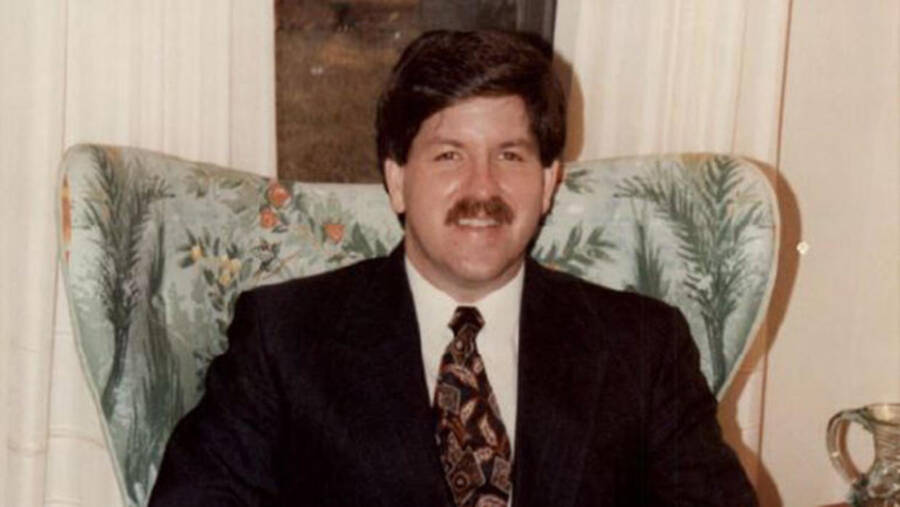 Public DomainBernie Tiede was so beloved in his Texas hometown that locals refused to believe he could have committed murder.

Tiede became a preacher and featured soloist in the choir at the First United Methodist Church and worked with the music and theater departments of the local college, often taking on starring roles himself. He comforted families of the deceased at funerals, staying close to grieving widows, and holding their hands to steady them. Tiede visited them for days and weeks after the funeral, making sure they were all right.

In all, he was widely regarded as the nicest man in town.

Marjorie Nugent was a longstanding member of the richest family in Carthage after her husband had made his fortune as an oilman. However, to say that Nugent was not well liked was a gross understatement. Many believed her to be the meanest woman in Carthage, lording her wealth and status over the town. Nugent hadn’t seen her only son in years, or her grandchildren who had sued her over trust money.

Tiede met Nugent at her husband’s funeral in 1990, Tiede sang a hymn and escorted Nugent to and from her husband’s grave, offering her his coat in the chilly cemetery. A few days later, Tiede checked in on her at her house. “It just seemed like she didn’t have any friends,” and I just felt this compelling desire to give her some friendship he said.

The warm and affable Tiede invited her shopping and to dinner. They took longer trips together, to Dallas, New York, and elsewhere along the East Coast, and before long it seemed, they were going everywhere together. They made for an interesting pair and had tongues wagging throughout town.

The curt and vindictive elderly widow with the assistant funeral director, who at 6 foot 3 and 270 pounds, wouldn’t have been out of place on a football field.

The Murder Of Marjorie Nugent And The True Story Behind Bernie

Tiede and Nugent visited several countries together, cruising the Nile and the Rhine — with Nugent, of course, picking up the tab.

Despite town gossip, there was nothing sexual about it, Tiede said, thinking of Nugent more as a mother figure and a friend. Besides most of the religious and conservative locals assumed Tiede was gay, which was never a problem. After all, everyone loved Bernie. 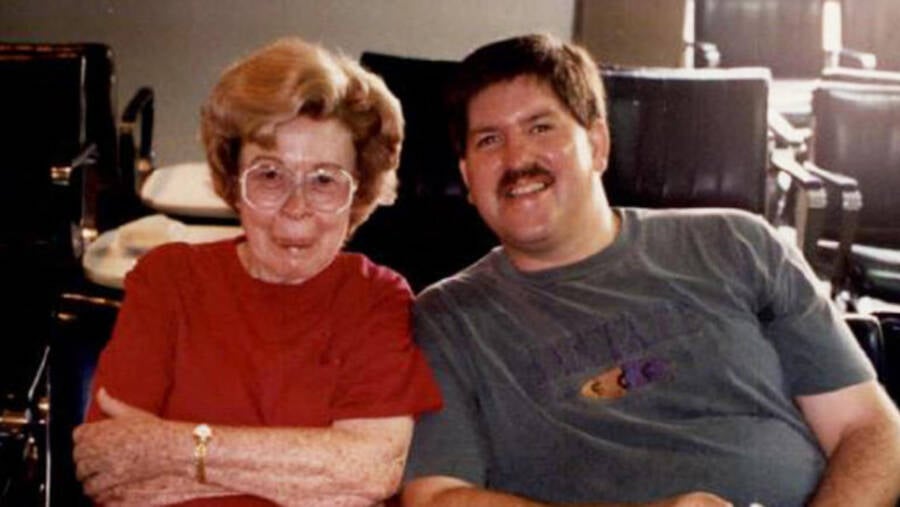 YouTubeMarjorie Nugent And Bernie Tiede were inseparable right up until her 1996 demise.

In 1993, Nugent convinced Tiede to work for her full-time, as her business manager. Giving him access to her checking accounts so he could pay her bills, she rewrote her will making Tiede her sole beneficiary. She wanted him to spend money on himself as well, and Nugent was adamant that no inheritance reach her family — “Not one thin dime.”

“She was just so controlling, she felt like she could own me, and I guess to some degree, she did,” Tiede said. At one point he imagined hitting her over the head with a baseball bat, but couldn’t bear the thought of her suffering. Finally, however, he steeled himself to get rid of her for good.

On November 19, 1996, Tiede shot Nugent once in the back with her .22-caliber rifle as she stopped to pet the dog in her garage, then shot her three more times. Tiede then wrapped Nugent snugly in a sheet and placed her into the bottom of a chest freezer, covering her in food items. Tiede attended a college musical rehearsal that day and reportedly seemed like regular old Bernie over the following weeks, until he started becoming unprecedentedly generous.

Spreading an estimated $2 million of Nugent’s money around town while pretending that she was still alive, Tiede invested in a western wear shop, pledged money to the church for a new wing, and bought cars for at least 10 people. If anyone asked, Tiede told them they’d just missed Nugent, or that she was taking a nap. As nine months passed, Tiede said Nugent was in Ohio visiting her sister, or in the hospital recuperating from a stroke that left her speechless.

As unpopular as Nugent was, her son eventually grew suspicious. He and his daughter accompanied police to Nugent’s house on August 18, 1997, and found her neatly wrapped in the freezer. Frozen solid, Nugent was transported to the coroner’s office in Dallas on the back of a pickup hooked up to a generator. Almost immediately, Tiede admitted to murdering Nugent — but the locals in Carthage didn’t seem to hold it against him.

Bernie Tiede’s trial was moved 60 miles away because of the overwhelming support for him in Carthage. Testifying in his defense, Tiede said “Someone said I could have dropped her from an airplane into the Gulf of Mexico,” but she wouldn’t have been found, and I wanted to give her a proper burial.” Tiede’s trial lasted less than a week before he was found guilty and given a life sentence.

But in 2014, defense lawyer Jodi Cole, inspired by the 2011 film about his case, Bernie, discovered new evidence. Among the items taken from Tiede’s house after his original arrest were four books on childhood sexual abuse. Tiede reluctantly admitted to Cole that he had endured molestation by an uncle from the age of 12, with psychiatrists saying he experienced a “dissociative episode” during which he killed Nugent. 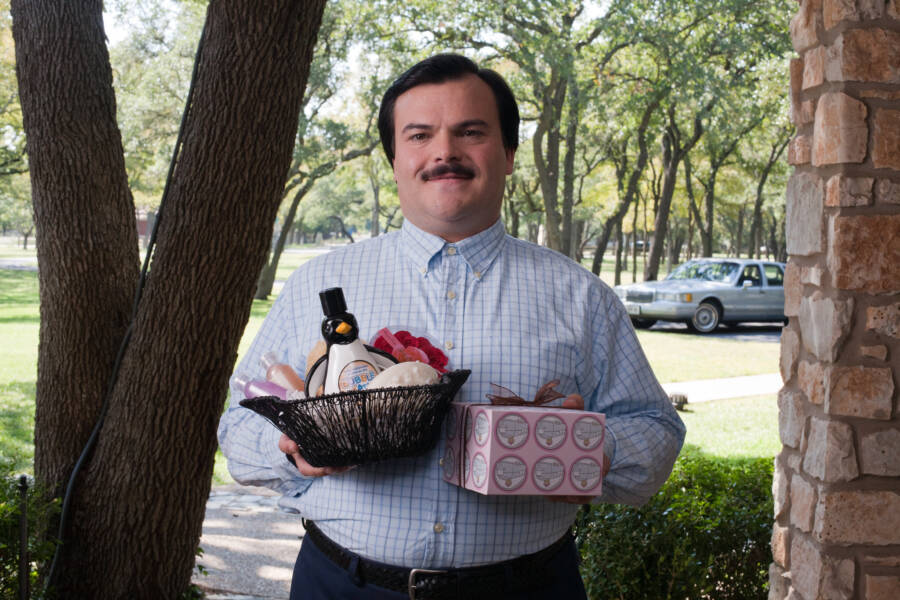 Tiede was released pending a re-sentencing hearing and lived in the garage apartment of the film’s director, Richard Linklater, as a condition of his release according to The Washington Post.

Over the years, however, opinions in Carthage changed, and most locals now favored Tiede serving his full sentence.

On April 22, 2016, following Tiede’s re-sentencing trial, the jury imposed a new sentence of 99 years or life for Tiede. He’s presently incarcerated in Huntsville Texas, and not eligible for parole until August 3, 2029, the day after his 71st birthday.

After learning about Bernie Tiede, read up on the real-life murders that helped inspire The Amityville Horror. Then, learn about Dean Corll, the killer who terrorized Texas in the early 1970s.