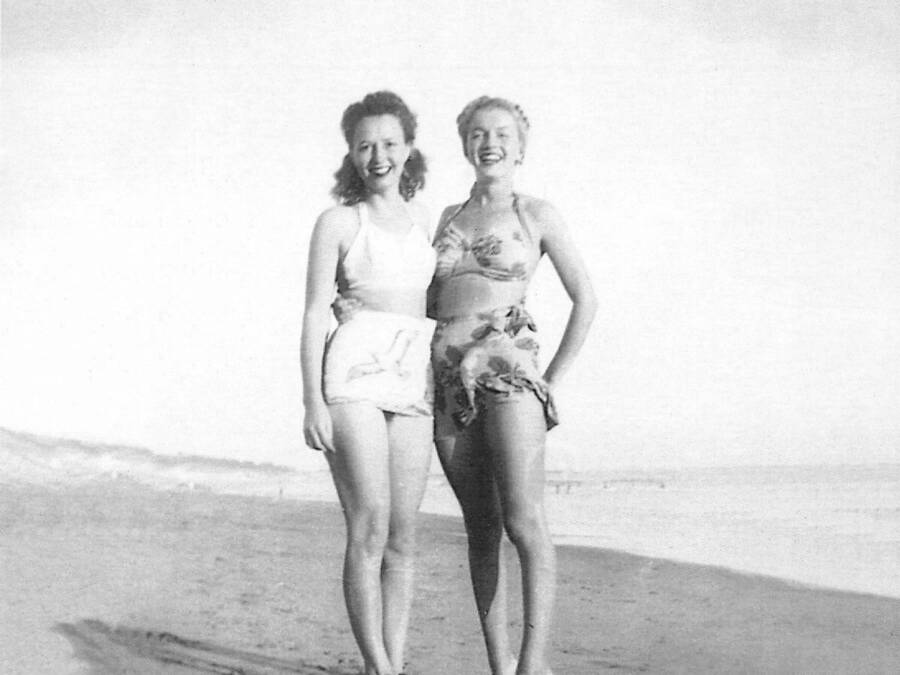 When she was 19 years old, Berniece Baker Miracle received a letter from Gladys Baker, the mother she had hardly known. In that letter, Gladys revealed that Berniece had a sister: 12-year-old Norma Jeane, who would one day be known as Marilyn Monroe.

That letter changed both their lives. From that moment on, the two half-sisters began to build a relationship that would thrive until Monroe’s premature death in 1962.

Then, it was Berniece Baker Miracle who picked out the movie star’s casket and burial dress.

Like her half-sister, Berniece Baker Miracle had a turbulent childhood. Born on July 30, 1919, she spent just a few scant years with her mother, Gladys Pearl Baker. After her parents divorced in the 1920s, her father took Miracle and her brother from California to his native Kentucky.

Gladys later claimed that her husband had been abusive and that he’d kidnapped her children.

But Miracle was ignorant to all that. She grew up in Kentucky with her father, stepmother, and brother, who tragically died when he was just 15. Miracle didn’t even know if her mother was alive.

All that changed one day in 1938 when Miracle received a letter from her birth mother. Gladys told 19-year-old Miracle that she had a 12-year-old sister, just as Norma Jeane learned the same from a family friend.

“It changed everything for Norma Jeane,” a Monroe relative remembered. “She wanted to know Berniece, everything about her.”

The two sisters hoped dearly to meet one day. And in 1944, they finally did. 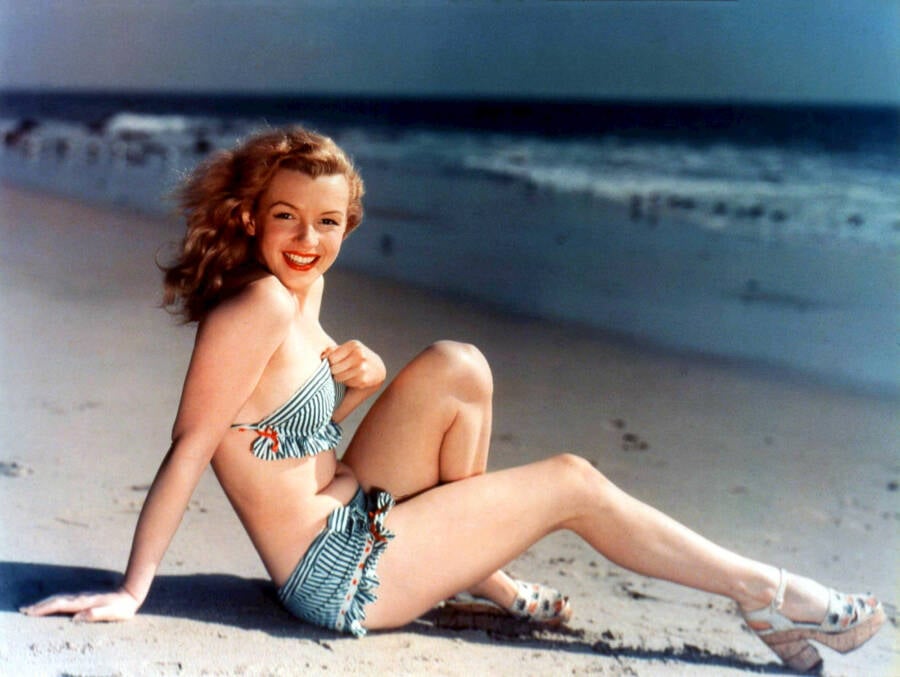 Public DomainNorma Jeane Mortenson posing on a beach in the 1940s, before becoming Marilyn Monroe.

In the autumn of 1944, Norma Jeane — not yet called Marilyn Monroe — traveled to Detroit, where Berniece Baker Miracle lived with her husband, Paris.

“Norma Jeane had written to tell me what kind of outfit she would be wearing and what color it would be,” Miracle wrote in My Sister Marilyn: A Memoir of Marilyn Monroe.

Yet Miracle fretted over who would recognize the other first, or even if they’d even recognize each other at all. Then she saw her sister.

“There was no chance of missing her,” Miracle recalled. “None of the passengers looked anything like [her]: tall, so pretty and fresh, and wearing what she had described, a cobalt wool suit and a hat with a heart shape dip in the brim.”

Their connection was instant. Miracle marveled at their physical resemblance — both had dark blonde hair and the same mouth, though Monroe had blue eyes and Miracle had brown — and felt immediately close to her.

“We sat there like two people who had just fallen in love, I guess,” Miracle said. “We were overwhelmed at finally getting to see each other.” 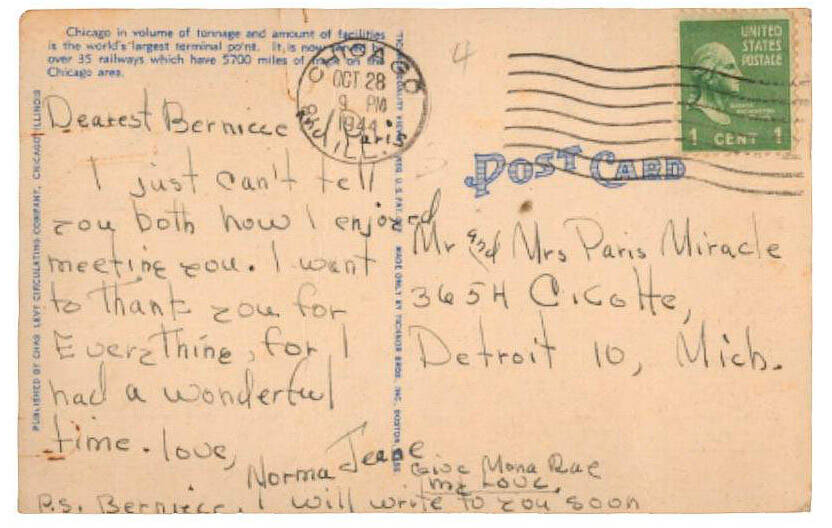 Sotheby’s/NewsmakersA letter from Norma Jeane to Berniece Baker Miracle after their meeting in 1944.

In 1946, Norma Jeane adopted her famous stage name and her star skyrocketed. But the sisters stayed close.

When Monroe had an operation in 1961, Miracle flew to New York to see her. “Finally! We’re together again!” Monroe exclaimed. On that trip, Miracle expressed concern about the number of pills the movie star took. Monroe, however, dismissed her, saying: “I need my sleep.”

And when Monroe’s marriage with Arthur Miller hit the rocks, she called her half-sister to talk it through.

Sadly, their relationship would be cut short. On August 4, 1962, Marilyn Monroe died at the age of 36, officially by suicide. 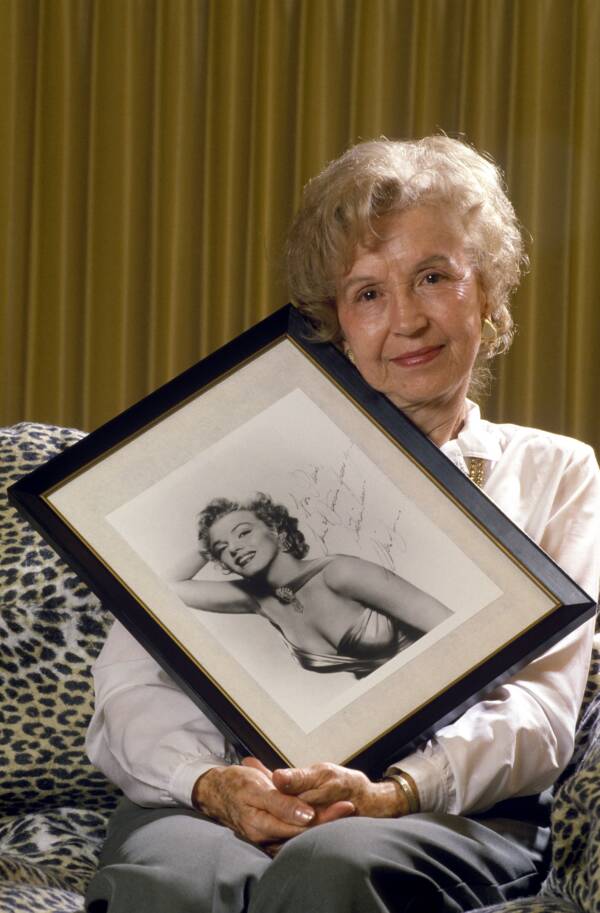 Remi BENALI/Gamma-Rapho via Getty ImagesBerniece Baker Miracle holds a photo of her half sister in 1994.

“I helped [Monroe’s ex-husband] Joe DiMaggio arrange her funeral,” Miracle explained. “I chose her casket and decided on the pale green dress she wore.”

But Miracle doesn’t think that her sister killed herself.

“It could have been an accident, because I had just talked to her a short time before,” Miracle said during a rare interview.

“She told me what she had planned to do, she had just bought a new house and she was working on the curtains of the windows. She had so many things to look forward to and she was so happy.”

And in the ensuing years, Miracle struggled with how to tell her sister’s story.

“Many writers approached my mother,” her daughter, Mona Rae explained. “[But] she didn’t trust their motives and couldn’t know whether the hours she devoted to the project would only bring more grief.”

Berniece Baker Miracle and Mona Rae finally decided to write the story themselves. They did so, in the 1994 book My Sister Marilyn: A Memoir of Marilyn Monroe.

In the end, Marilyn Monroe is many things to many people. But to Berniece Baker Miracle, Monroe was simply a loved one lost too soon.