The Tragic Story Of Gladys Pearl Baker, The Troubled Mother Of Marilyn Monroe

Marilyn Monroe's mother Gladys Pearl Baker was a single woman living with paranoid schizophrenia when she gave birth to the future icon, and their relationship remained strained until Monroe's sudden death.

When Marilyn Monroe first stepped onto the Hollywood scene, she claimed that she never knew her mother, Gladys Pearl Monroe.

The starlet told the public that she was an orphan who spent her childhood bouncing between different foster homes, but that tragic tale was only partially true. In 1952, a gossip columnist discovered that Marilyn Monroe’s mother was actually alive and working at a nursing home in a town outside of Los Angeles.

Silver Screen Collection/Hulton Archive/Getty ImagesGladys Pearl Baker was a single mother struggling with a low-paying job and mental illness when she gave birth to the future Marilyn Monroe.

Gladys Pearl Monroe, who also went by Gladys Pearl Baker, had paranoid schizophrenia, and her relationship with Monroe was strained, to say the least. Despite this, however, the mother and daughter had enough of a connection that the starlet felt obligated to leave her a handsome inheritance following her sudden death in 1962.

So why did Marilyn Monroe lie about her relationship with her mother?

Marilyn Monroe was arguably one of the most glamorous stars in Hollywood, but before she became a celebrity, she was just a girl named Norma Jeane Mortenson from the suburbs of Los Angeles.

Born in California in 1926, Monroe was the third child to Gladys Pearl Baker who worked as a film cutter at a Hollywood editing studio. Baker’s other two children, Bernice and Robert, were taken by her abusive ex-husband John Newton Baker, who she married when she was 15 and he was 24.

Baker had won sole custody of their two children during their divorce in 1923, but he kidnapped them and brought them to his native home in Kentucky. Baker briefly married a man named Martin Edward Mortenson, but they separated some months later. It is not known whether he fathered Marilyn Monroe.

In fact, the identity of Monroe’s father is still unknown to this day, and it didn’t make it any easier that her mother lived with undiagnosed paranoid schizophrenia and was barely able ends meet at her low-paying job. 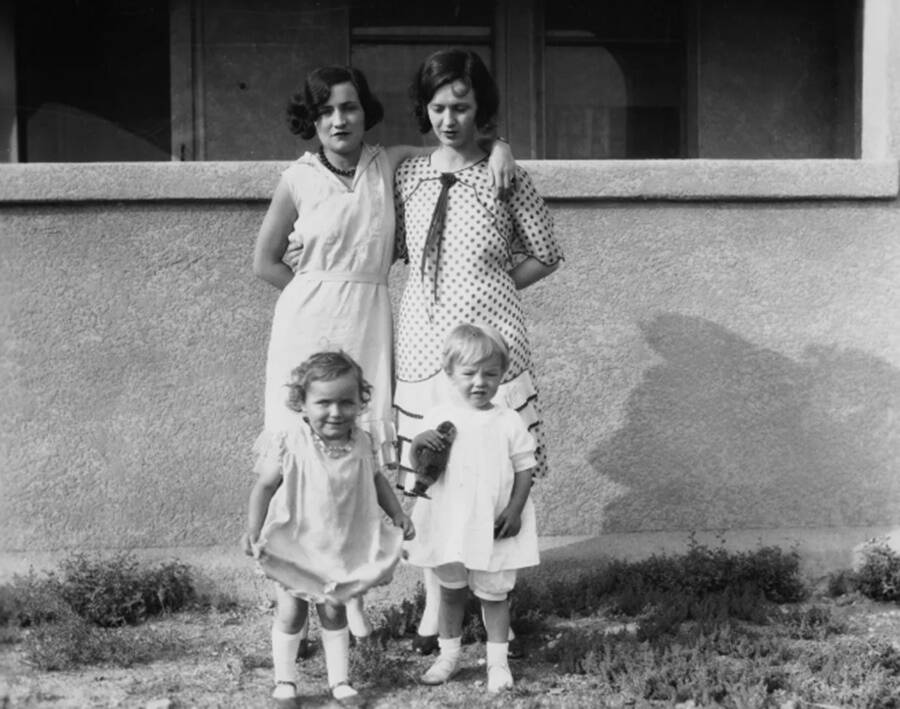 Due to Baker’s struggles, Monroe was placed with a foster family. According to author J. Randy Taraborrelli in The Secret Life of Marilyn Monroe, Baker visited her daughter as much as she could. She once came close to kidnapping Monroe by stuffing her in a duffle bag and locking her foster mom Ida Bolender inside the home. But Bolender broke free and thwarted the plans of Marilyn Monroe’s mother.

“The truth was that Gladys had a problem watching Ida raise her child,” said Mary Thomas-Strong, who knew Monroe’s first foster family. “She was a professional mother, in a sense. She wanted to have her way with Norma Jeane, and it was hard for Gladys to be on the sidelines.”

In 1934, Baker suffered a nervous breakdown during which she allegedly brandished a knife while yelling that someone was trying to kill her. She was institutionalized at the state hospital in Norwalk, California, and Monroe was placed under the guardianship of her mother’s friend, Grace McKee, who also worked in the film industry. It was allegedly McKee’s influence that later sowed Marilyn Monroe’s aspirations to become a movie star.

But with a husband and three children of her own, McKee’s hands were full. She convinced a judge to grant Monroe a “half orphan” status, which enabled McKee to place the minor with foster care families under her guardianship and receive a government stipend for Monroe’s wellbeing.

“Aunt Grace would say things to me like no one else would ever talk to me,” Marilyn Monroe said of her legal guardian. “I felt as whole as a loaf of bread nobody’s eaten.” 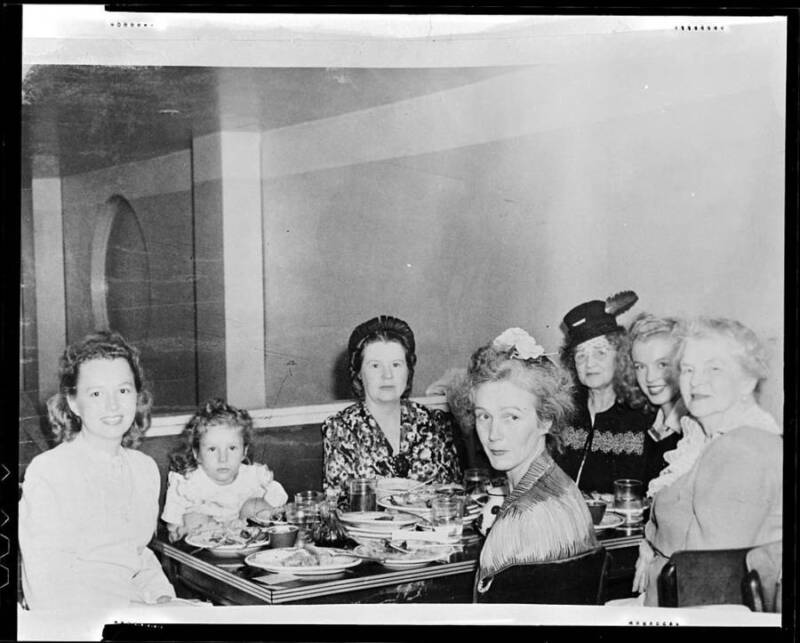 Marilyn Monroe moved between roughly 10 different foster homes and one orphanage between 1935 and 1942. She was sexually abused as a child during this time. One of her abusers was McKee’s husband.

After McKee and her family moved to West Virginia, 16-year-old Monroe stayed behind and married her neighbor, 21-year-old James Dougherty, but the marriage fell apart due to Monroe’s Hollywood ambitions.

Just as she regained her freedom following the divorce, Marilyn Monroe’s mother was released from San Jose’s Agnews State Hospital. The dysfunctional mother-daughter duo moved in briefly with a family friend while Monroe continued to make a name for herself in Hollywood as a budding model. Unfortunately, her mother’s psychotic episodes only worsened. 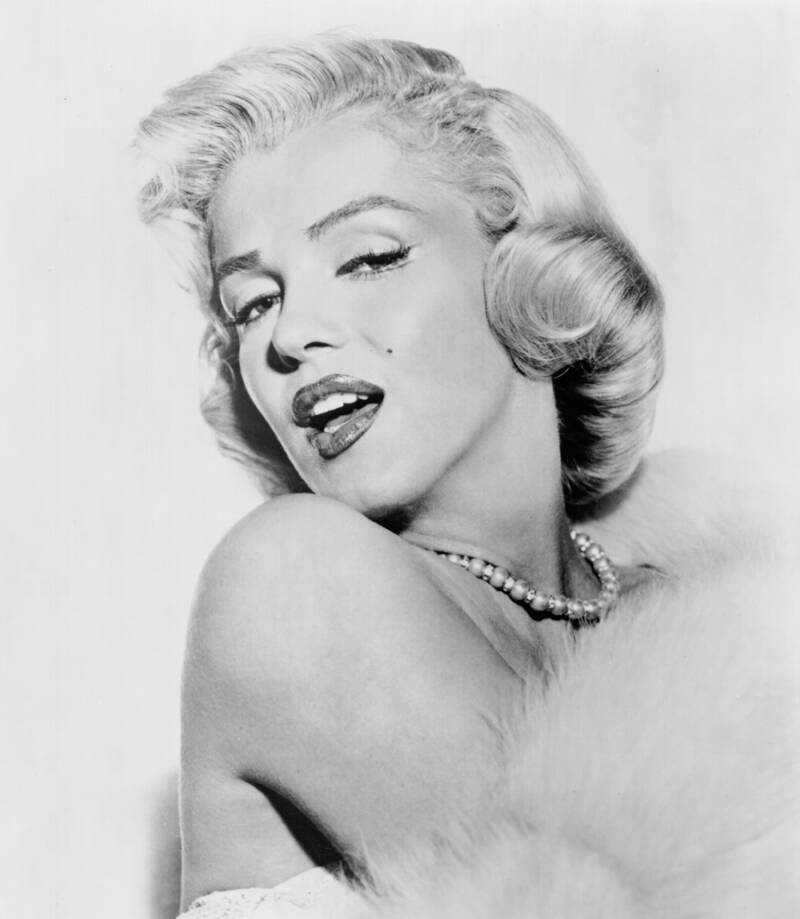 In September 1946, Gladys Pearl Baker declared that she would be moving to Oregon to live with her Aunt Dora. But Baker never made it. Instead, she married a man named John Stewart Eley, who secretly had another wife and family in Idaho.

According to Taraborrelli, Monroe tried to warn her mother about her husband’s second family, but Baker suspected that, in reality, her daughter was purposefully trying to hurt her in revenge for the difficult childhood she’d given her.

“That’s how much [Norma Jeane] hates me,” Baker allegedly told Grace McKee after the news was passed on from Monroe. “She’ll do anything to ruin my life because she still believes I ruined hers.”

By this time, the aspiring actress had changed her name to “Marilyn Monroe” and signed a promising contract with 20th Century Fox. She starred in a collection of films in the early 1950s, but her big break came with the 1953 comedy Gentlemen Prefer Blondes. Monroe’s career quickly skyrocketed thereafter with more hit films like The Seven Year Itch and Some Like It Hot.

And as Monroe’s popularity rose, the studio’s PR team worked to hide her messy past. They instructed the actress to concoct a false story about her parents in which her parents had died and she had been orphaned. Monroe went along with it and rarely spoke of her mother with anyone outside of her extended family. 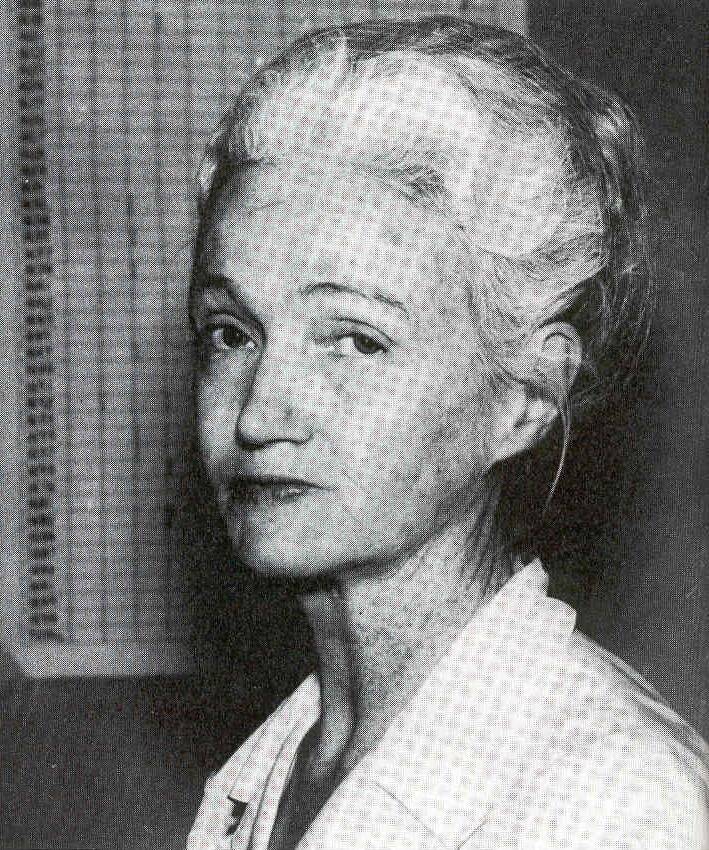 FacebookGladys Pearl Baker was admitted to Rockhaven Sanitarium in 1953, shortly after the exposé on her was published.

But that lie came back to bite the star in 1952 when a gossip columnist received a tip that Marilyn Monroe’s mother was still alive and working at a nursing home in Eagle Rock, a town outside of Los Angeles. Despite their troubled relationship, her mother had proudly told people at the nursing home that the famous actress was her daughter.

“The poor woman was telling people she was Marilyn Monroe’s mother, and no one believed her,” Taraborrelli said in a 2015 interview.

Baker suffered another psychotic breakdown shortly after the true story of Monroe’s past broke the news, and she was once again institutionalized in the Rockhaven Sanitarium in La Crescenta. From there, she often wrote her daughter pleading for her to get her out.

Did Marilyn Monroe And Gladys Pearl Monroe Ever Reunite? 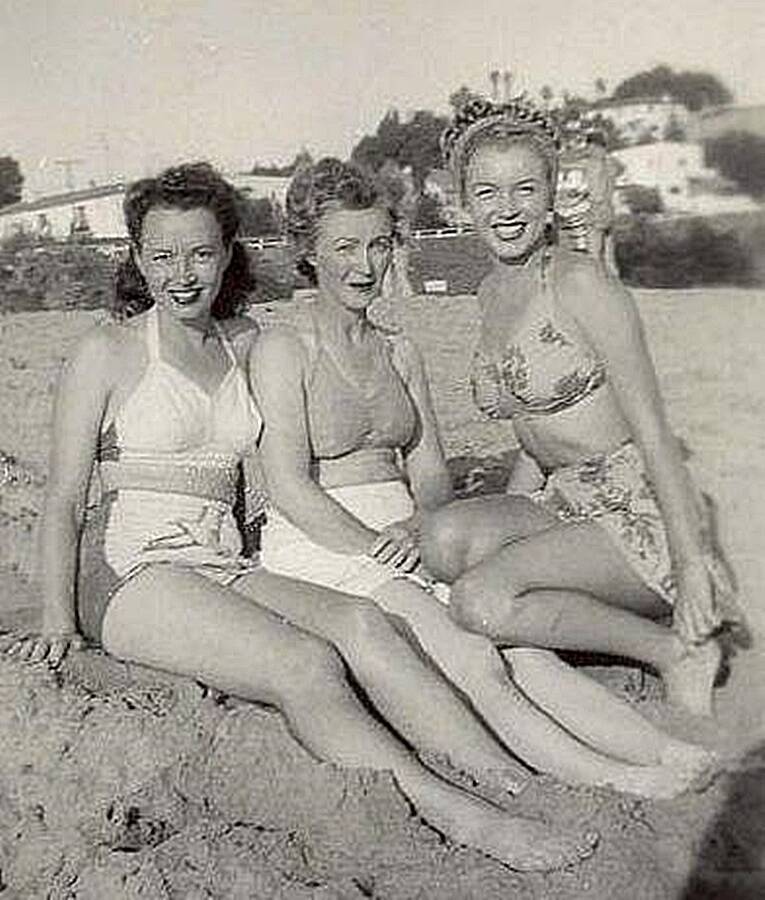 Vintage Actors/TwitterMonroe with her half-sister Bernice Baker (left) and her mother (center). While the sisters got along well, they both had a rocky relationship with their mother.

Marilyn Monroe had reportedly visited the Rockhaven Sanitarium before admitting her mother there, but the event proved to be too much for her. According to McKee, Monroe was so upset by the visit that she had to take sleeping pills that night.

And despite her traumatic childhood, Monroe maintained a connection with her unstable mother even as she became one of the most recognizable faces on the planet. She also sent her a monthly allowance.

While it seems that Marilyn Monroe remained somewhat in touch with her mother, their relationship was nonetheless strained up until Monroe’s tragic death in August 1962. The uncertain circumstances around her demise birthed many conspiracy theories that the star had committed suicide. Indeed, it was initially ruled a “probable suicide.”

If true, it wouldn’t have been the first time that the bombshell tried to take her own life. Marilyn Monroe endured a brief stay at a psychiatric ward herself when she was admitted into New York Hospital’s Payne-Whitney ward after attempting suicide in 1960. Monroe wrote of the traumatic stay:

“There was no empathy at Payne-Whitney — it had a very bad effect — they asked me after putting me in a ‘cell’ (I mean cement blocks and all) for very disturbed depressed patients (except I felt I was in some kind of prison for a crime I hadn’t committed). The inhumanity there I found archaic.”

Before her death, Monroe was suspected of living with the same mental health issues as her mother. Those closest to her saw parallels between the star’s erratic behavior and her mother’s illness, which has brought many to speculate that she may have inherited her mother’s condition, though she never received an official diagnosis.

A year after her daughter’s death, Baker escaped Rockhaven by climbing out of a small closet window and lowering herself onto the ground with a rope she fashioned from two uniforms. A day later, she was found inside a church about 15 miles away from the institution. She told police she ran away to practice her “Christian Science teaching” before they deemed her non-threatening and returned her to Rockhaven.

It seems that Marilyn Monroe’s estranged relationship with her mother was yet another heartbreaking facet of the actress’s tumultuous life, but the late starlet did attempt to reconcile with her. Upon her death, Monroe left Baker an inheritance of $5,000 a year that was to be drawn from a $100,000 trust fund.

Though unstable, it seemed as though their relationship couldn’t be broken.

Now that you’ve learned about Marilyn Monroe’s stormy relationship with her mother Gladys Pearl Baker, read some of the Hollywood icon’s most memorable quotes. Then, peruse these candid photos of Marilyn Monroe.