Bessie Stringfield: The Black Motorcycle Queen Who Rode Against Prejudice

Despite Jim Crow obstacles in her way, Bessie Stringfield rode across America to become the "motorcycle queen" of the 1930s. 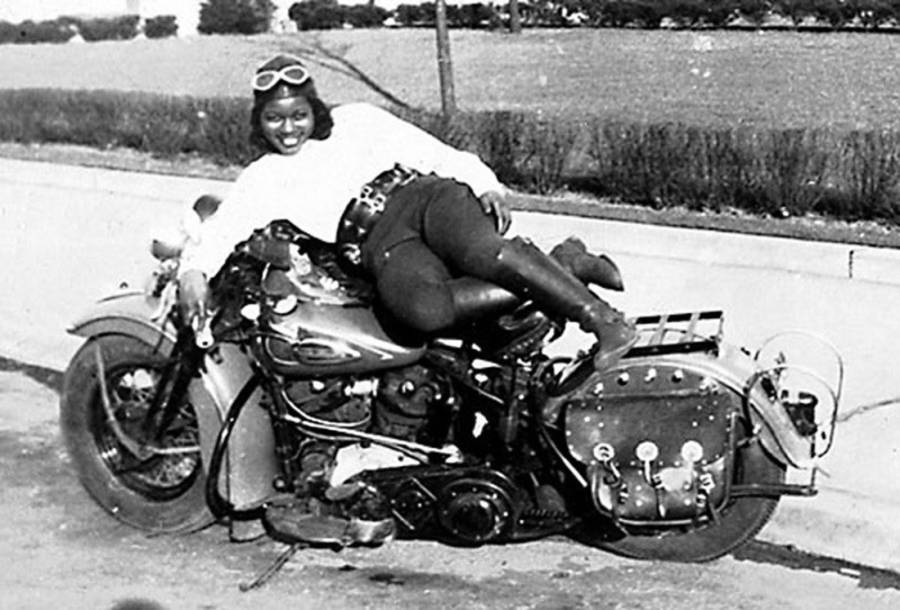 AMA Motorcycle Hall of FameBessie Stringfield on her infamous hog.

Despite the Jim Crow laws meant to keep her down, the daring Bessie Stringfield set out against adversity to explore the United States via motorcycle at a time when such a thing was unheard of for people like her.

Bessie Stringfield’s origins are unclear and that’s partly because Stringfield herself has been inconsistent in discussing her own background.

By some accounts, she was born in Jamaica in 1911. By others, she was born in the U.S. in 1912. Even her authorized biographer, Ann Ferrar, agreed to keep up Stringfield’s folktales about her own upbringing because Stringfield had asked that she “tell her truth as her friend.”

By one of Stringfield’s accounts, she was born in Kingston, Jamaica and was abandoned by her father only to be adopted by an Irish-Catholic woman in Boston. But Stringfield’s niece, Esther Bennett, disputes this story and says instead that Stringfield’s parents lived in North Carolina and she was raised by them. “I don’t know anything about Jamaican. She was never adopted,” she says.

Ferrar speculates that Springfield lied about her beginnings because she was “running from her early past” and didn’t want to let it diminish what she had achieved later in her life. 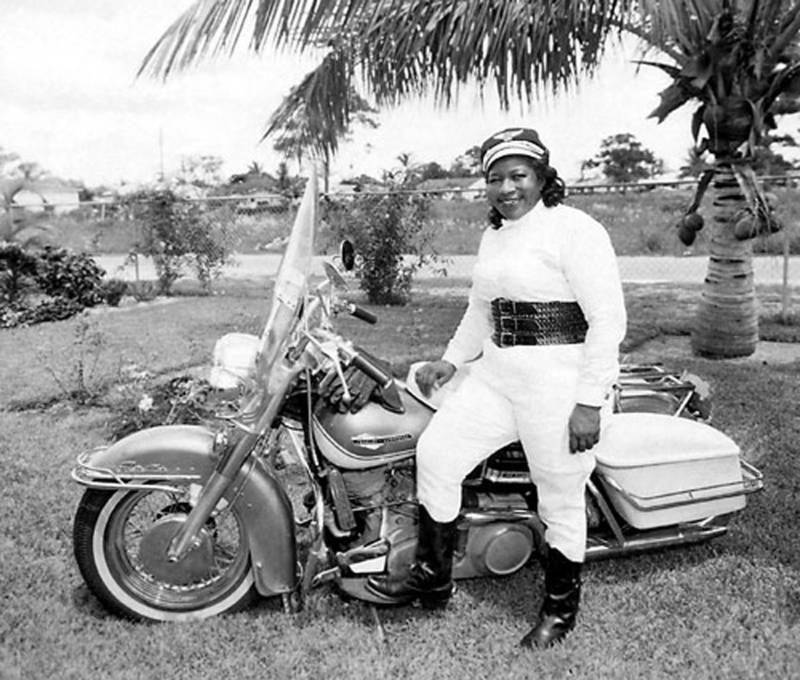 In truth, nothing can diminish what Springfield was able to do in her time. Having received her first motorcycle from her mother when she was just 16 years old, the gutsy young woman taught herself how to ride it.

This early feat would foreshadow how Stringfield lived out the remainder of her life. From 1929 until her death in 1993, Stringfield traveled all across the U.S. by motorcycle.

The Journey Of Bessie Stringfield

Bessie Stringfield began her cross-country tour by hog at just 19 years old. She flipped a penny onto a map of the country to determine her destination and off she went. By 1930, she became the first African-American woman known to have traveled via motorcycle to all 48 states in the continental United States.

This accomplishment is especially remarkable considering that the odds of Stringfield participating in any activity as liberating as independently traveling the country were absolutely against her. The civil rights movement would not begin until Stringfield was already well into her travels, and she faced immense amounts of discrimination along her journey.

As told through Ferrar in Stringfield’s biography, Jim Crow laws and racial prejudice prevented her from being able to stay at most motels. “If you had black skin you couldn’t get a place to stay. I knew the Lord would take care of me and He did. If I found black folks, I’d stay with them. If not, I’d sleep at filling stations on my motorcycle,” Stringfield said. “Colored people couldn’t stop at hotels or motels back then. But it never bothered me.”

Throughout, Stringfield managed to maintain her two-wheeled independence through the greatest of hardships. During World War II, Stringfield became a civilian motorcycle dispatcher for the U.S. military — and was the only woman in her unit. 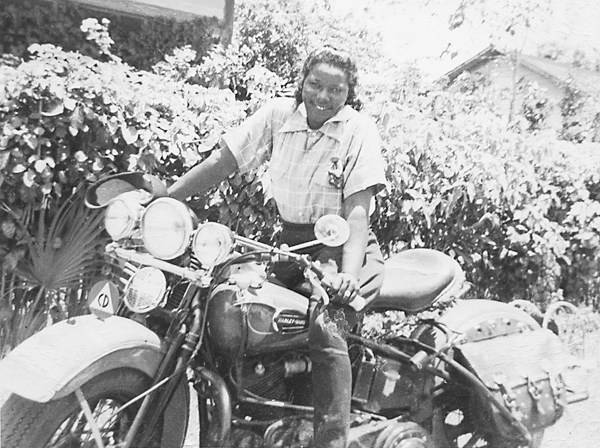 AMA Motorcycle Hall of FameStringfield on her cross-country road tour.

Ever the thrill seeker, Bessie Stringfield married and divorced six times throughout her life. When she did eventually settle down, she chose Miami.

There, starting in the 1950s, she became a nurse but sought to continue her two-wheeling legacy. Police, however, made it clear that they weren’t going to allow a black woman to ride around on her bike and so refused her a license.

But, as she tells it, Stringfield demanded a meeting with the police chief, who happened to be a white motorcycle cop. He took her to a park and asked her to perform a number of difficult motorcycle tricks. And of course, Stringfield landed them all.

“From that day on, I didn’t have any trouble from the police, and I got my license too,” said Stringfield. It was then that she earned the very well deserved title of the “Motorcycle Queen of Miami.”

Stringfield later developed a chronic heart condition, and despite warnings from her doctors, refused to quit riding. She never stopped until her death in 1993 at age 82.

After this look at Bessie Stringfield, read about Bessie Coleman, America’s first black female pilot. Then, check out these incredible images of the Hells Angels biker gang.