We don't even know the name of this uncontacted Amazon tribe and only have guesses about their language and ethnicity. 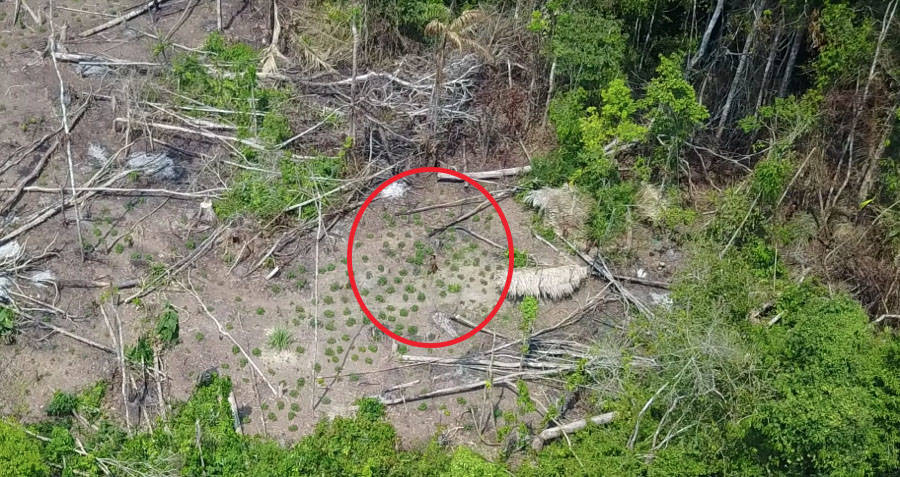 Funai/YouTubeA still from the recently released drone footage of an uncontacted Amazon tribe. A tribesman can be seen carrying a long, skinny object in the middle of the photo.

Astounding drone images have revealed an illuminating discovery deep in the Brazilian Amazon.

The footage released on Aug. 21 shows members of an uncontacted Amazon tribe walking through a deforested area amid the jungle in the Vale do Javari region of the rainforest.

According to the Associated Press, the footage showed 16 total tribespeople walking around the area. One member of the unnamed tribe can be seen carrying what looks like a bow and arrow.

Funai, the Brazilian government’s protection agency for indigenous peoples, captured the footage last year while on a mission to observe these uncontacted tribes.

The term “uncontacted tribe” means pretty much what you’d think: It is a tribe that has no record of having any contact with the outside world. And this indigenous territory in the southwestern part of the Amazonas state contains more confirmed isolated groups, now 11, than anywhere else in Brazil.

The Vale do Javari, located between the rivers Jutaí and Juruzainho in a remote part of the Amazonian rainforest, is extremely large and covers more space than the Republic of Ireland.

This particular section of the Amazon is so remote that the Funai team had to travel more than 111 miles by boats, trucks, and motorcycles, and then walk 74 miles on foot through the rainforest to reach the tribe’s area, a report from Funai said. 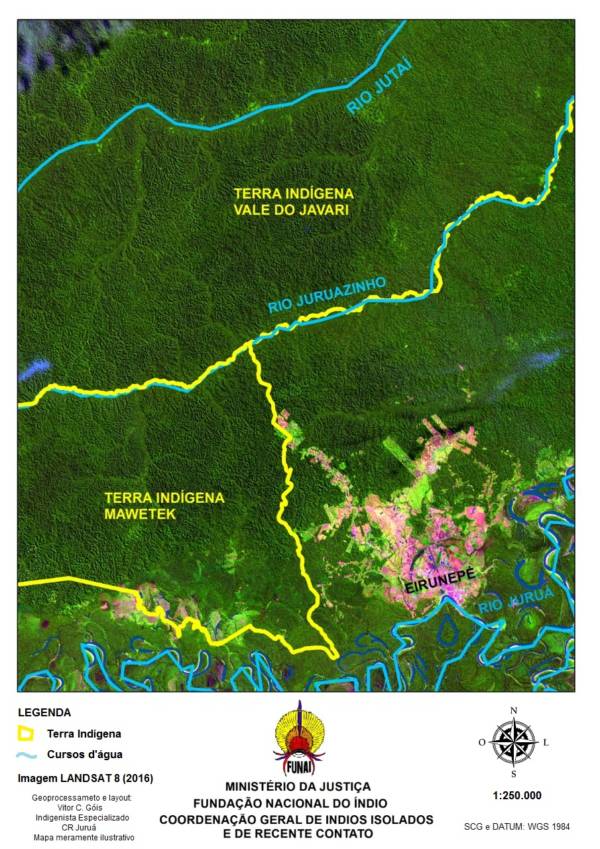 FunaiMap or the general area where the uncontacted Amazon tribe was filmed.

“These images have the power to make society and the government reflect on the importance of protecting these groups,” Bastos said.

After years of studying the tribe, this is only the first time that Funai has ever captured them on camera. The footage can help them study the tribe’s culture, but they still have much to learn about their specific customs. Not only is the name of the group still unknown, but researchers have only guesses about their language and ethnicity.

Bruno Pereira of Funai told the Associated Press that studying uncontacted tribes like one captured in the drone footage is essential so that they can help them survive.

“The more we know about these isolated communities’ way of living, the more equipped we are to protect them,” Pereira said.

So far, Funai has found 107 isolated tribes across Brazil and for the past 30 years has made no contact with them other than taking the occasional photo and video. Pereira explained to the Associated Press that the tribes are aware that cities and other people lie outside of their remote areas, but they choose to isolate themselves because previous episodes of contact with the outside world have proven disastrous.

In 2017, at least 10 members of an Amazon tribe were murdered by a group of gold miners. The miners were caught after going to a bar and boasting loudly about “cutting up the bodies and throwing them in the river.”

“If they wanted contact with the outside world,” Pereira said, “they would seek out ways to communicate with us.”

After learning about this uncontacted Amazon tribe, read up on these four other virtually uncontacted tribes from around the globe. Then meet the mysterious and uncontacted residents of North Sentinel Island.