The Haunting Disappearance Of Bethany Decker, The Pregnant 21-Year-Old Who Vanished In 2011

Bethany Decker was last seen on January 29, 2011, but no one reported her missing for three weeks because someone continued to send messages from her Facebook account.

Bethany Decker had a lot on her plate. In addition to her job as a waitress and her studies at George Mason University, she had a young son, a husband deployed in Afghanistan, and an ongoing romance with a co-worker. As such, no one was immediately concerned when Decker fell out of contact at the end of January 2011.

But as time went on, Decker’s friends and family grew increasingly worried. The Facebook messages sent from her account didn’t seem like her, and it soon became clear that Decker had not shown up at work or school for three weeks.

To the despair of her loved ones, the 21-year-old — who was five months pregnant at the time — seemed to have disappeared without a trace. Suspicion fell on both her jilted husband and her controlling boyfriend, and the case would take a number of startling turns as the years passed.

Though Bethany Decker is missing to this day, investigators have made some significant steps in solving her disappearance.

The Love Triangle Bethany Decker Was Involved In Before Her Disappearance 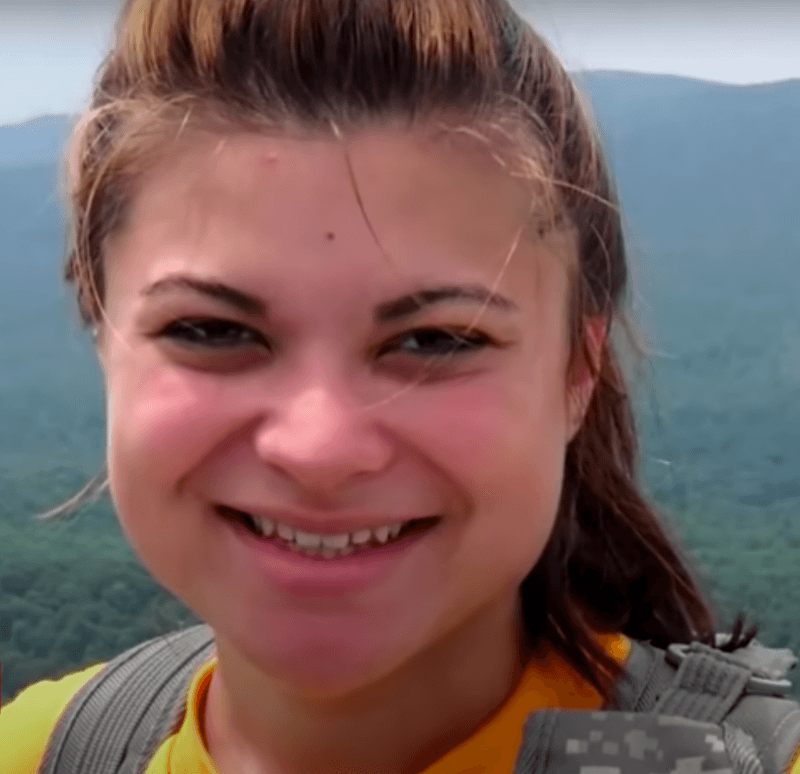 YouTubeBethany Decker vanished without a trace in 2011 and hasn’t been seen since.

Born on May 13, 1989, in Fredericksburg, Virginia, Bethany Anne Decker (née Littlejohn) had big dreams for her future. After graduating from Stafford High School, she enrolled at George Mason University, where she planned to study global and economic change.

In a letter she wrote to her future self at 19, Decker laid out her goals. As reported by ABC 7, she dreamed of getting married, having a child, starting a career, and traveling to Europe. Some of her plans would come quickly — others wouldn’t come at all.

In 2009, Decker accomplished two of her objectives. Having gotten pregnant by Emile Decker, an Army National Guardsman, she married him and had a son, Kai. Then, Decker focused on her career, continuing her studies as her new husband was deployed to Afghanistan.

She also worked as a waitress at Carrabba’s Italian Grill in Centreville, Virginia. There, Decker met Ronald Roldan, a Bolivian immigrant about ten years her senior. The two started a romantic relationship and, in September 2010, she moved into an apartment with him.

But Decker’s family had a bad feeling about her new boyfriend. According to Daily Mail, Decker described Roldan as “super controlling.” And Decker’s mother, Kimberly Nelson, suspected that he’d gotten violent with both Decker and her son. 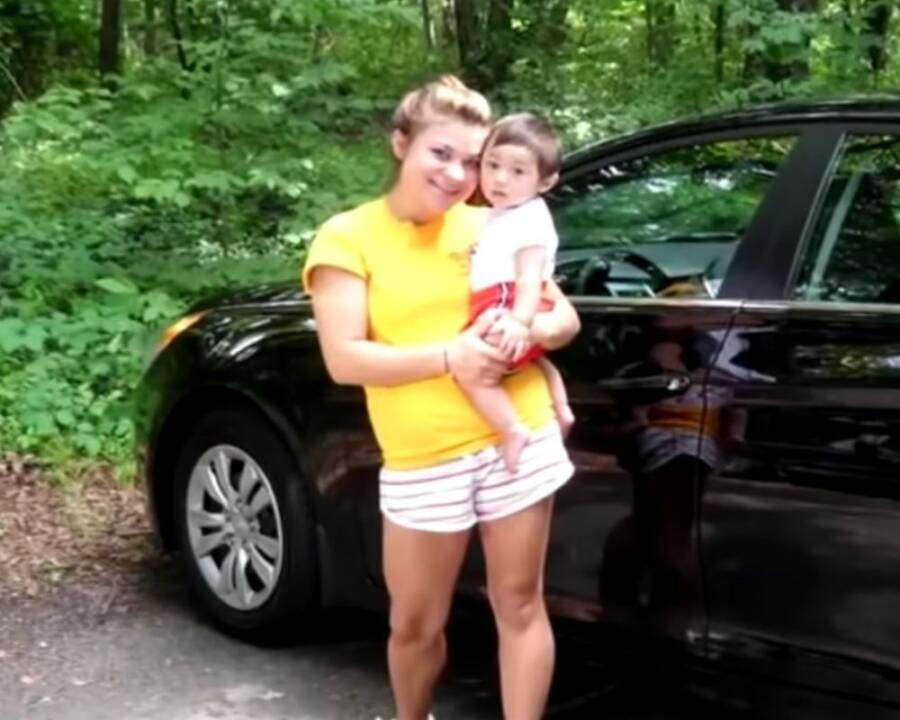 YouTubeBethany Decker and her son, Kai, who was around 17 months old when his mother went missing.

“We can’t prove it but Kai had black eyes for his first birthday,” she told Daily Mail. “The story was that a friend who didn’t have kids was watching him and he was holding on to a chair and fell backwards. But my parents said that when they saw Kai he was very afraid of Ronald.”

According to Nelson, Decker had started thinking about leaving Roldan even though she was several months pregnant with his baby. She was also trying to reconcile with her husband, who’d returned from Afghanistan on a short leave. At the end of January 2011, Bethany and Emile Decker went to Hawaii together to try and work things out.

Just one day after they returned, however, Bethany Decker disappeared.

The Mysterious Disappearance Of The Young, Pregnant Mother

On Jan. 29, 2011, one day after Decker and her husband returned from Hawaii, Decker called her job from the apartment she shared with Ronald Roldan. At 2:08 p.m., according to WTOP, she spoke with a co-worker and asked to work the evening shift.

Then, according to Roldan, Decker left their apartment. Roldan seemingly went about his day, withdrawing money from an ATM at 4:26 p.m. and texting Decker twice around the same time to tell her that he’d be at their apartment, taking care of two children he shared with another woman.

That woman, Danielle Olvera, asked about Decker when she dropped off the children at around 4:30 p.m., according to WUSA 9. Roldan told her he didn’t know where Decker was or when she’d be home. And when Olvera noticed Decker’s car in the parking lot when she returned several hours later, Roldan said he didn’t know why it was there.

Still, none of Decker’s friends or family were immediately concerned. They weren’t even worried when Decker didn’t show up at the airport to say goodbye to her husband when he returned to Afghanistan on Feb. 2, chalking up her absence to their ongoing marital problems.

Decker even appeared to send messages from her Facebook account in February 2011 — although her friends noticed she seemed unable to answer basic questions about her life or her trip to Hawaii, according to WUSA 9.

In fact, it wasn’t until Feb. 19 — three weeks after Decker failed to show up at work — that she was reported missing. Police found her car still parked in front of her building, and a subsequent search warrant recovered the car’s key and fob at Roldan’s mother’s house. Aside from that, though, Decker had vanished without a trace.

From that point on, the case of Bethany Decker’s disappearance went cold. But investigators today believe they know who abducted the 21-year-old: her boyfriend, Ronald Roldan. 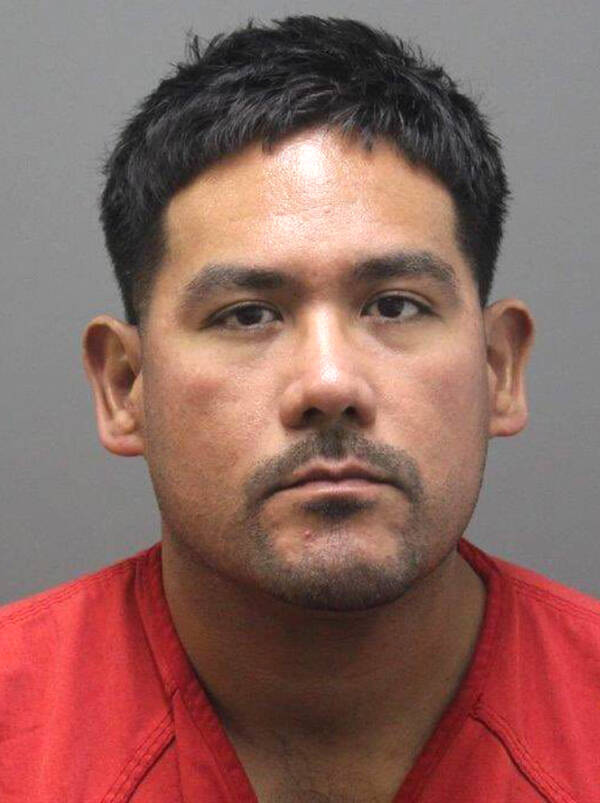 On Nov. 9, 2020, Ronald Roldan was charged with the abduction of Bethany Decker. That December, he was also charged with second-degree murder. So, why do investigators believe that Roldan killed Decker?

According to WTOP, a search warrant in 2019 revealed that Decker and Roldan’s Facebook accounts had been accessed from the same IP address. That suggested that Roldan had sent Decker’s friends messages from her account after she vanished.

“Roldan is suspected of having impersonated Decker to prevent family and friends from discovering her disappearance,” explained Loudoun County Sheriff’s Office detective Mark Bush, who also noted that Roldan had told conflicting stories about Decker’s disappearance.

Roldan also showed a capacity for violence after Decker disappeared. In 2014, he brutally beat his girlfriend Vickey Willoughby, shooting her in the head and breaking her neck. According to Oxygen, Roldan subsequently pled guilty to charges associated with the attack and was sent to prison in North Carolina for six to eight years.

“He just told me that he can make people disappear,” Willoughby, who lost an eye in the attack, later told WUSA 9. “And that I better be quiet and I better not go to the police. I’m just very thankful that he’s going to still be locked up and behind bars, because then he can’t hurt anyone else.”

Instead of being deported to Bolivia when his prison term was up, Roldan was extradited to Virginia to face charges related to Bethany Decker’s disappearance. But the story doesn’t end quite there.

According to reporting done by WTOP in August 2021, Roldan’s defense team plans to shift the focus to her husband, Emile Decker, whom they say failed a polygraph test related to his wife’s disappearance.

As such, the mystery of Bethany Decker’s disappearance continues. Her ex-boyfriend, Ronald Roldan, is set to stand trial starting on Jan. 30, 2023. Then, perhaps, the world will finally find out what happened to the missing 21-year-old, who once had such grand dreams about her future life.