The discovery also helps support the theory of continental drift.

Scientists have discovered a new species of frog in the Western Ghats mountain range in southwestern India. Spoiler alert: it won’t be winning any beauty contests. The frog is being called Bhupathy’s purple frog after Dr. Subramaniam Bhupathy, who died in the Ghats in 2014 and who no doubt would be thrilled that this blobular frog-beast has been named in his honor. Bhupathy was after all a herpetologist — someone who studies amphibians.

According to National Geographic, The frog spends nearly its entire life underground, not even surfacing to eat. Instead, it uses its flute-like tongue to vacuum up insects in the ground. Behold, this marvel of evolution: 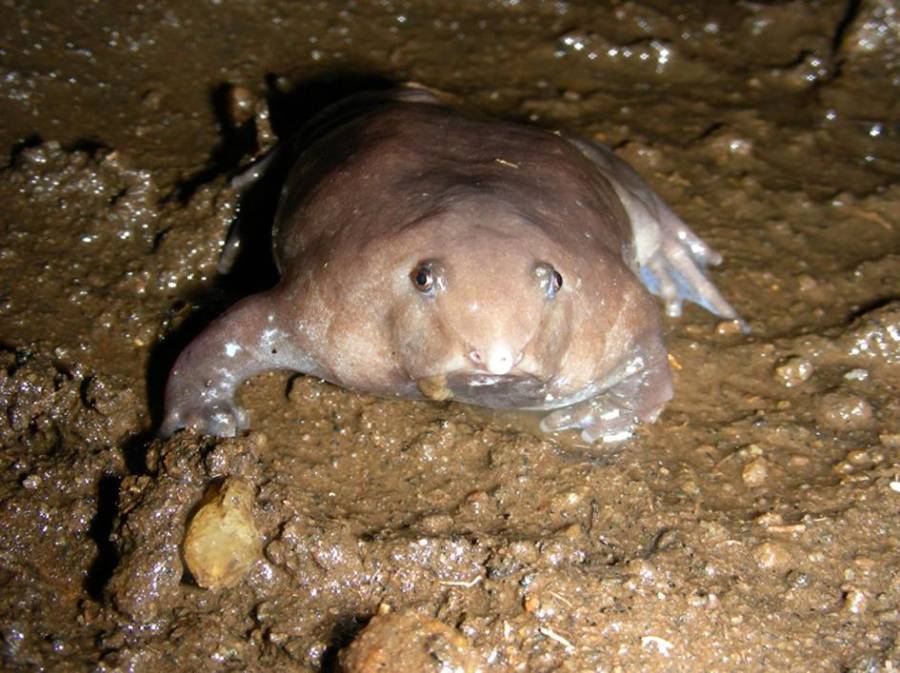 As The Hindu notes, the frog’s discovery bolsters the theory of continental drift, and that India was once part of an ancient land mass called Gondwana that included present-day Seychelles, which is also home to a species of purple frog. Although purple frogs are well-known in the Ghats mountains range, the Bhupathy frog is distinct from the Indian purple frog in that it’s more dark brown than it is purple, and has a four-pulse call instead of three.

As National Geographic explorer Jodi Rowley explained, “Both species of purple frog have been evolving independently from other frog species for a very long time. Their closest relatives are not in India but the Seychelles, which is closer to Africa than India.”

“We confirmed it was a different species when we bar-coded its DNA and found that genetically it was very different from the Purple frog,” said scientist Ramesh K. Aggarwal, who is a co-author of the study announcing the frog’s discovery. 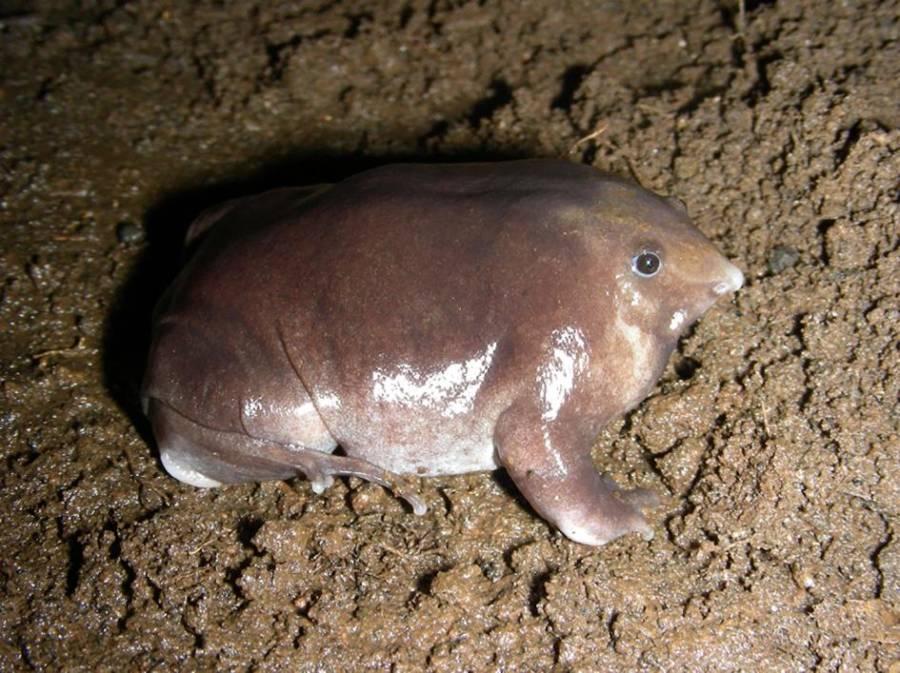 From the profile view, Bhupathy’s purple frog could actually be viewed as kind of a cute little bugger. At the end of the day, of course, it doesn’t matter what we think of its looks, but what the frog’s potential mates think. For these frogs, mating happens during monsoon season. As heavy rains hit the mountains, the males make mating calls from underneath the sand in mountain streams. Frogs lucky enough to find partners mate in the streams, where eggs are deposited and then hatch into tadpoles after one or two days.

Rowley notes that more than 100 new species of frog are detailed in scientific journals every year, and it is unknown how many more might be out there waiting to be discovered.