The giant water bug, aka the toe-biter, is a fierce aquatic predator found in freshwater habitats across the world that hunts turtles, ducklings, and snakes. 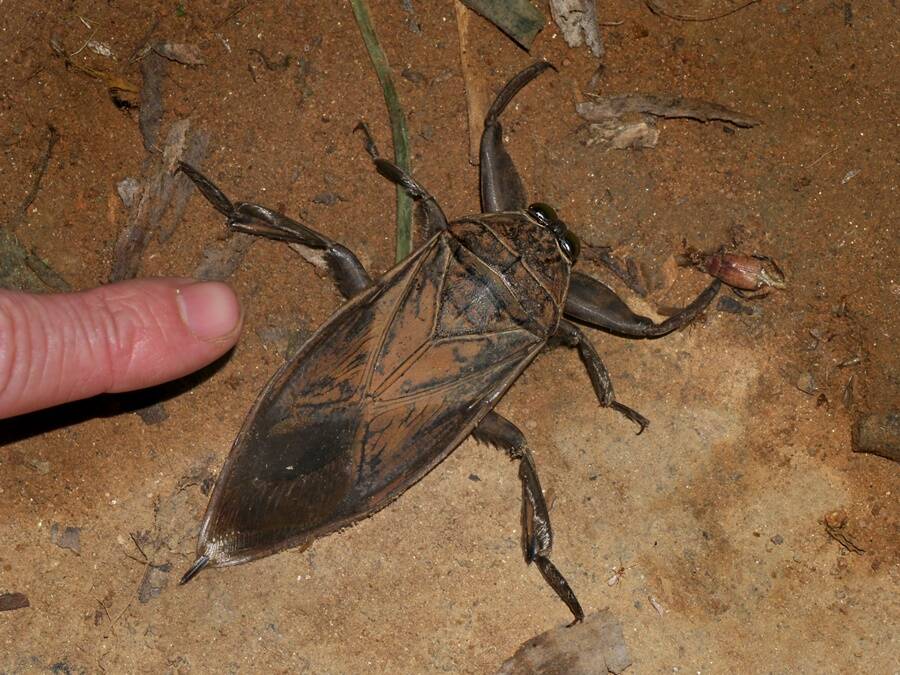 Wikimedia CommonsThe giant water bug is one of the largest insects in the world.

The giant water bug may look cute in its avatar form in the Animal Crossing: New Horizons game, but don’t be fooled: It’s truly the stuff of nightmares.

The giant water bug lurks underwater and can grow more than four inches long, making it one of the largest insects in the world. Often nicknamed the toe-biter, it has a ferocious bite that is said to be one of the most painful bug-related injuries a human can suffer.

What Is The Giant Water Bug? 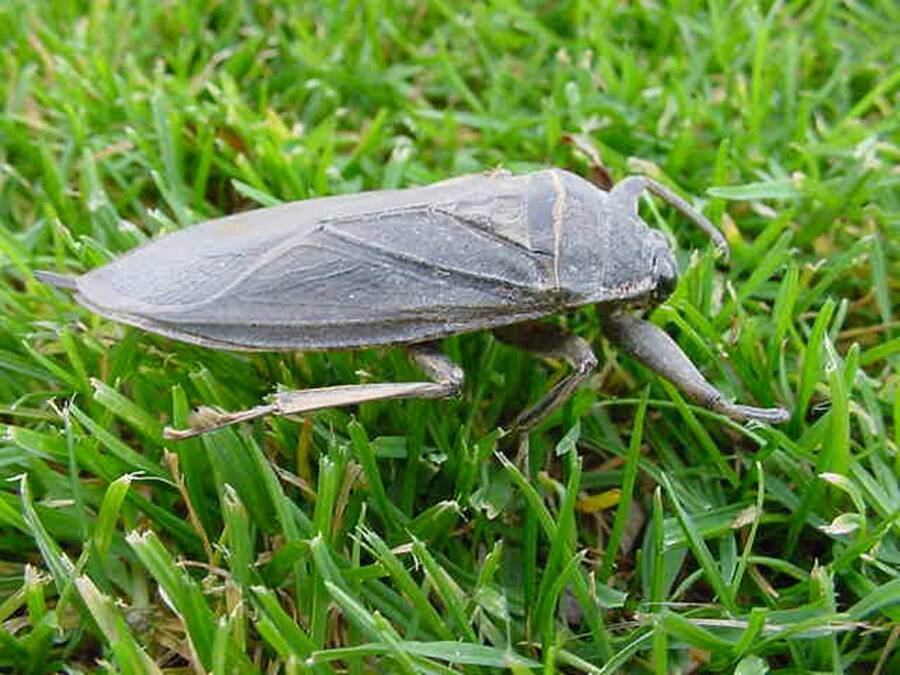 Wikimedia CommonsThere are about 150 species of giant water bugs found throughout the world.

If you ever wade through a shallow pond or lake, beware of a bite from a giant water bug. While their bite isn’t lethal to humans, it’s still excruciatingly painful. And since giant water bugs are found in freshwater habitats all over the world, their bites are common.

These giant critters are part of the insect family Belostomatidae. While they’re found in various locations worldwide, they’re especially common across the Americas. Their large dark brown bodies mimic the leaves found in the wetlands, allowing them to blend into the scenery and wait for prey.

But once spotted, they’re hard to miss. A giant water bug’s body can measure up to four inches long and over an inch wide. This makes them one of the largest insects in the United States. 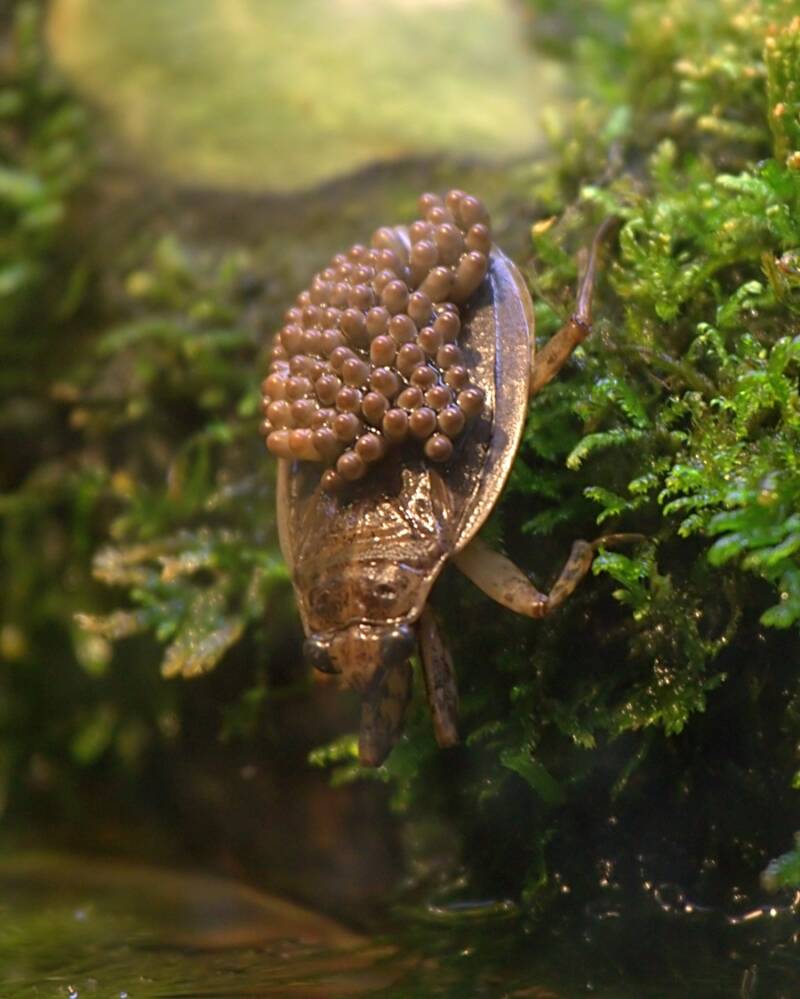 When they’re not lurking in the shallow wetlands, giant water bugs sometimes fly around using their giant wings.

Like all true bugs, the giant water bug is equipped with rostrums, which are beak-like mouthparts that can pierce through plants and prey. As you can imagine, these rostrums are a big part of the reason why this bug is known as the toe-biter.

Giant water bugs are predatory by nature and will hunt for tadpoles, small fish, insects, and snails while in the water. However, they’re also infamous for seeking out much larger prey, including ducklings, snakes, and even turtles.

Is It The World’s Largest Insect? 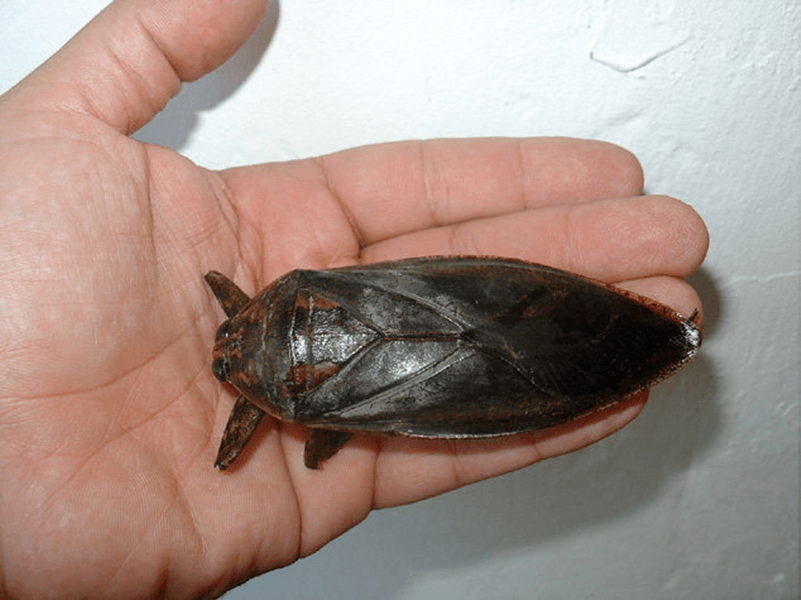 Haddad et alThe giant water bug is not quite the largest bug in the world, but it’s pretty close.

The giant water bug’s terrifying size might make it seem like the largest bug in the world. But it falls shy of claiming the top title.

However, according to the Guinness World Records, the so-called toe-biter is the largest aquatic insect on Earth. But the title of the largest insect in the world outside of water goes to the Queen Alexandra’s Birdwing. This surprisingly huge butterfly has a wingspan that reaches up to 11 inches.

As for the heaviest bug in the world, the Goliath beetle in Africa takes that title, weighing between 50 to 100 grams.

But while the giant water bug isn’t the largest or heaviest, it does stand out among the insects in other ways. 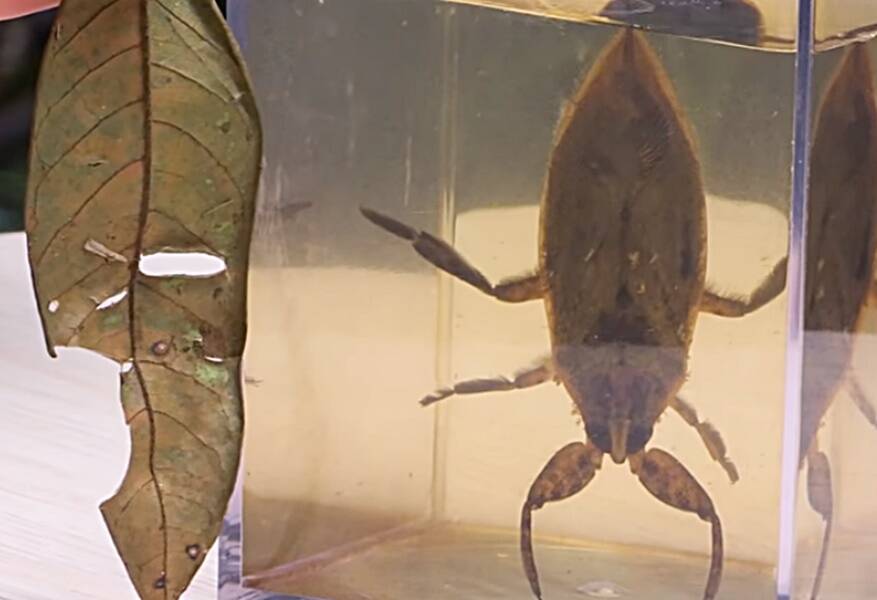 Screengrab from YouTubeThe toe-biter’s leaf-like appearance makes it easy to blend into the surrounding environment.

For instance, males are usually the ones who take on the bulk of caring for the eggs. In some species, the female giant water bug will actually lay her eggs on the male’s back, where they are carried wherever he goes. That way, they’ll stay safe until they hatch and can survive on their own.

Once they grow up, they don’t have lungs, so they breathe in oxygen through tiny holes in their bodies called spiracles. These spiracles connect to air-filled tubes throughout their bodies that deliver oxygen directly to all their tissues.

But these critters can also deploy a unique technique to fetch oxygen from the air while they’re underwater. When this bug is submerged, it positions itself upside down and uses a retractable “breathing” appendage — sort of like snorkeling gear — that comes out of its end.

This little tube pokes out of the water, allowing it to take in oxygen discreetly from the surface while staying submerged. And when the giant water bug goes underwater, it also carries air bubbles under its wings that it can slowly absorb into its body.

While giant water bugs are sometimes attracted to bright sources of light — earning them yet another nickname as the electric light bugs — they can most often be found underwater.

Beware Of Its Bite

Brave Wilderness host Coyote Peterson demonstrates how strong a toe-biter nip can be.

Besides its sheer size, this huge bug is notorious for its strong bite, which comes from its rostrum. This is the perfect weapon to attack and paralyze prey.

Since giant water bugs are remarkably fast swimmers, they can easily lunge at prey in a split second. To do this, they quickly snap their front legs tight and then grasp the creature with their other legs. After the bug seizes its food, it quickly injects its digestive juices.

It’s unclear exactly what makes up this saliva, but it’s believed to be enzymes and anesthetic chemicals. But what is clear is that they break down the tissue of the prey before sucking it back up. In the cases of larger prey, this can take a few hours – at least part of which the victim might still be alive. 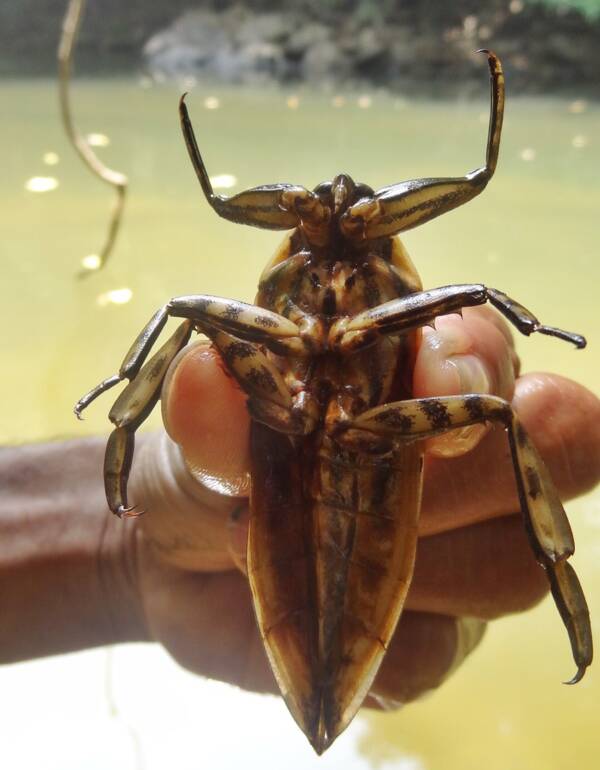 It has also been known to latch onto humans, even pretending to be dead before attacking with its sharp “beak.” Although the toe-biter’s saliva isn’t potent enough to cause serious harm to humans, it still produces an extremely painful bite.

Farmer Tom Lounsbury of Midland, Michigan, recounted his granddaughter’s misfortune one summer when she accidentally stepped on this underwater nightmare:

“I checked the bottom of her foot, where there was a red mark very similar to a bee sting with a small hole at the middle and it began to swell dramatically.”

“I quizzed [my granddaughter] McKenna more about what had just stung her, and I thought it had to have been a bee that might have been flying close to the water’s surface. But McKenna very clearly described a giant water bug that she’d had to swat off the bottom of her foot because it had latched on tight.”

Fortunately, the swelling and pain from the toe-biter’s nip subdued after the girl soaked her foot in water and Epsom salt for about an hour or two.

So the next time you see this creature — and really, how can you miss it? — make sure to just leave it be.

In case you’re not freaked out enough by the giant water bug, meet the Asian giant hornet, the bee-decapitating bug. Then, take a look at these seven scary insects that will keep you up at night.