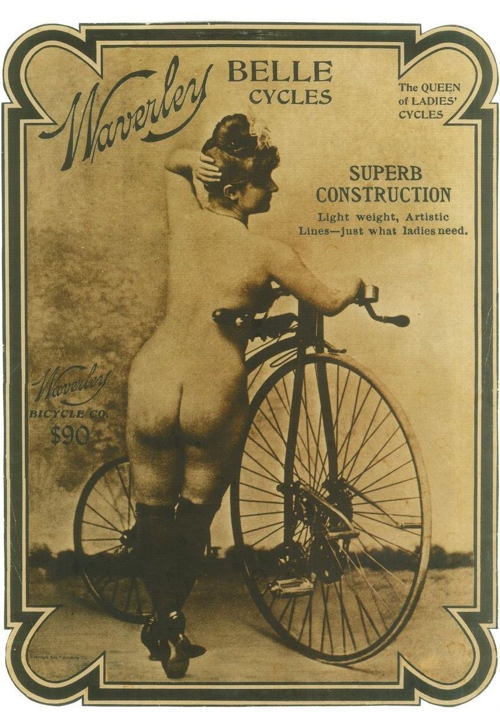 An actual ad from the Victorian era that used a nude woman to supposedly market the penny farthing bicycle to women, even though few women rode them
Source: Barntique Store

It may surprise you to learn that the history of the bicycle doesn’t actually begin with the penny farthing. In 1817, Karl Drais discovered that he could align two wheels and create a vehicle that could be propelled by a man’s (and they were a gentlemen-only vehicle) feet, allowing him to travel up to 14 mph. The Draisine, nicknamed the “dandy horse,” came and went fairly quickly.

In 1839, Scotsman Kirkpatrick Macmillan was the first to put pedals on the dandy horse, though he never patented his invention. When he demonstrated the contraption to the public in Glasgow, he ran over a little girl and was forced to pay a fine. 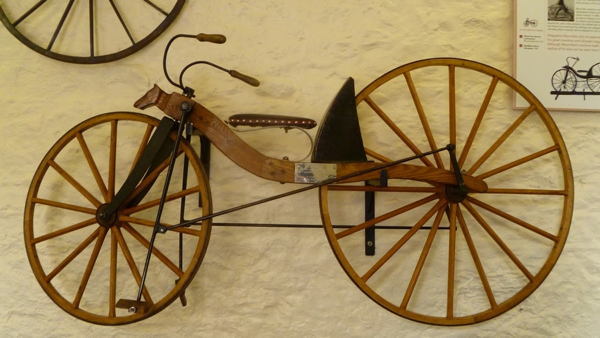 It wasn’t until 1866 that the velocipede came along. Pierre Lallement devised front-wheel cranks on a vehicle that looked and was operated much like a modern bike. Nicknamed “boneshakers,” velocipedes were uncomfortable to ride because they had iron tires and lacked suspension in an era when roads consisted primarily of dirt and endless potholes. John Boyd Dunlop, who later became the automobile tire magnate, soon invented rubber tires to soften the ride. To increase speed, the front wheel became larger and larger, reaching five feet in diameter in some versions. 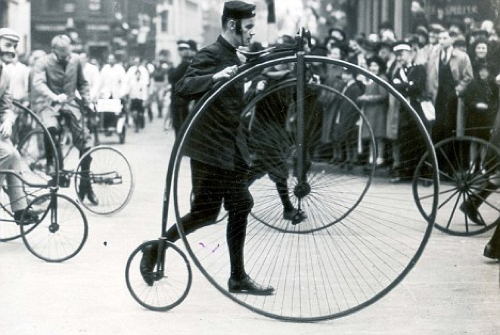 The velocipede was an expensive toy for wealthy men–Victorian dresses made it difficult for a woman to mount the bike. Some called it the “high-wheeler” or the “ordinary bicycle.” In Great Britain, it was nicknamed the penny farthing for the wheel sizes’ ratio, which resembled two of its coins that are no longer in use today (a farthing was worth one-fourth of a penny). 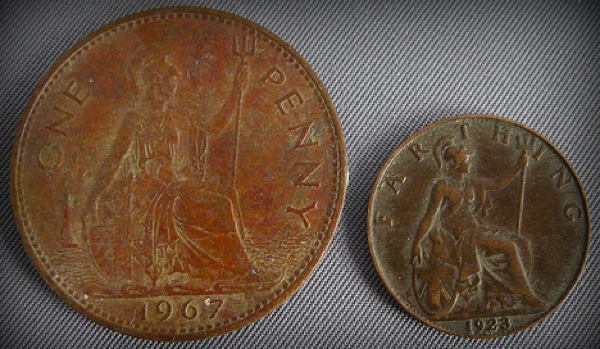 A penny and a farthing
Source: Mortal Journey 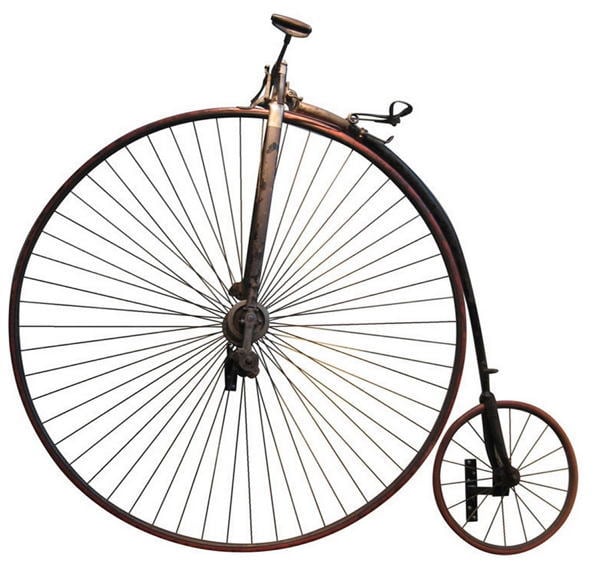