But problems were inherent in this design. First of all, it was difficult to ride. Mounting the contraption was tough, but stopping was even more so because it didn’t have brakes. Watch this hipster (in the last few years, there has been a penny farthing revival among the twirly-moustachioed crowd) show you how.

Serious injuries, especially to the head and neck, and deaths were common outcomes of penny farthing crashes. If a man “took a header” (pictured below), it meant he pitched forward and landed face first. A fall like this could cause anything from bruises to a broken neck. 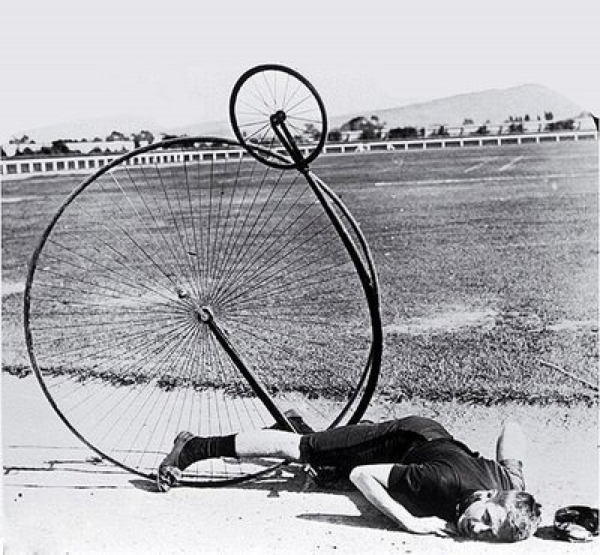 If, while coasting downhill, a rider took precautionary measures like placing his feet on the handlebars, he would fall feet first in an accident, as seen in the video below.

Penny farthing enthusiasts were mocked in this cartoon from the New York Illustrated Times in 1879. 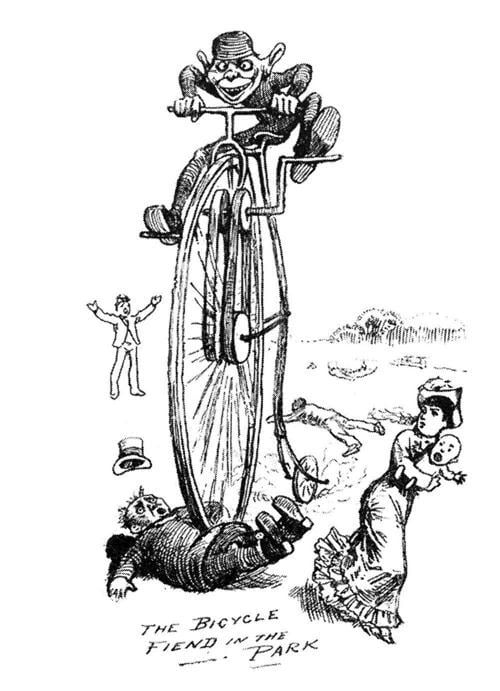 Source: Crazy Guy On A Bike

The Rover Safety bicycle was invented in 1885 by John Kemp Starley. Its new, evenly sized wheels allowed women to join in the growing cycling pastime. In fact, the safety bicycle gave women the freedom to travel about town with ease, as it was considered unladylike to ride a horse or drive a carriage. That might mean little in the Western world today, but in the era of Queen Victoria, manners were of utmost importance. The bicycle made it possible for women to venture out alone or with their female friends, without a male driver.

The Victorian era was ripe with inventions and discoveries. Unfortunately, the bicycle is often overlooked among the era’s accomplishments. Though the penny farthing was dangerous and difficult to ride, it was also a step toward the modern, more inclusive bicycle. 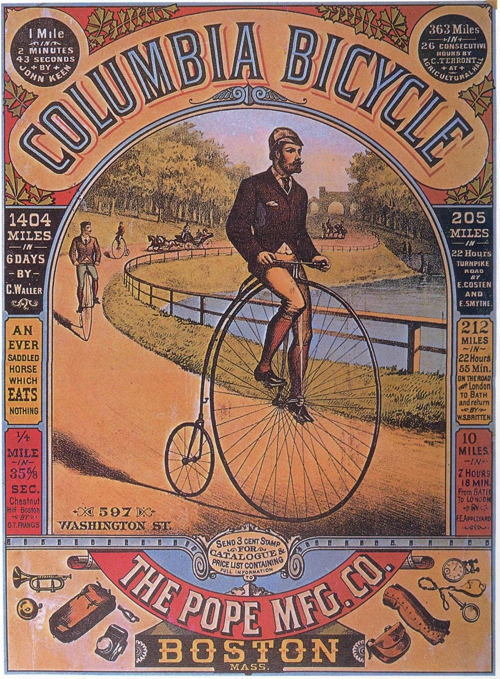 This ad includes many speed and distance records of the day
Source: Crazy Guy On A Bike

Leslie Maryann Neal
Leslie Maryann Neal is a writer and editor living in Los Angeles. She received her BA in English from California State University, Long Beach.
You might also like
Report a bad ad experience
×
Follow hu On