Biddy Mason, The Enslaved Woman Who Sued Her Master For Freedom — And Became A Real Estate Tycoon

After winning her freedom in 1856, Biddy Mason invested in large tracts of land in downtown L.A., and she used her growing fortune to assist the city’s poorest people. 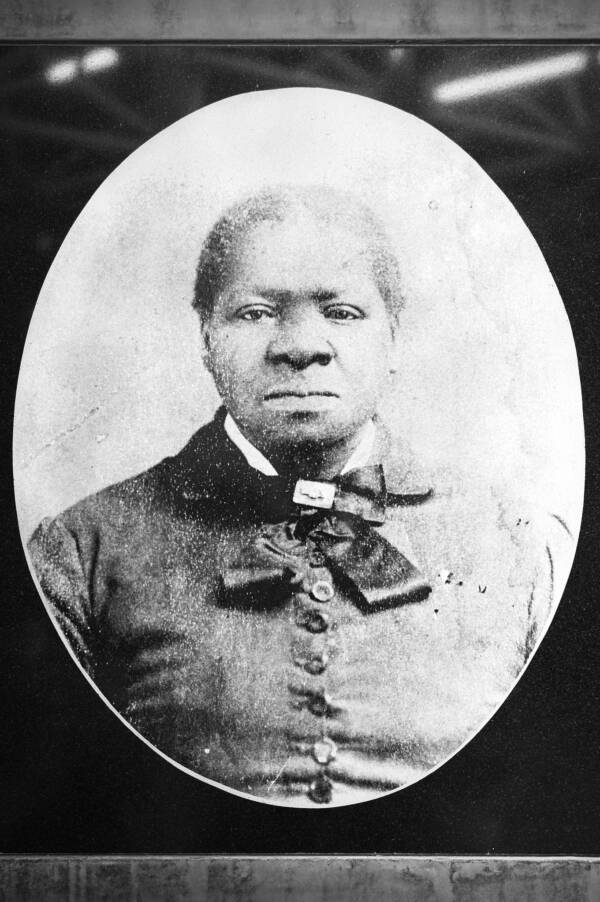 Born into slavery and illiterate all her life, Biddy Mason was nonetheless a clever woman who knew her rights. So when the man who owned her forced her to walk 1,700 miles behind a wagon train while carrying her newborn, Mason filed a petition for her freedom — and won.

With the help of a ragtag posse that consisted of a Black rancher and an L.A. County sheriff, Mason was able to bring the man to justice and win the freedom of 13 of her relatives, as well.

This is her remarkable true story.

Born into slavery in Georgia on Aug. 15, 1818, Bridget “Biddy” Mason was bought and sold all over the American south. She lived in Mississippi, Georgia, and South Carolina, where she toiled out in the fields.

While in Mississippi, she was bought by a Mormon man named Robert Marion Smith. On his farm, Mason gave birth to three daughters and tended to his livestock and sickly wife, becoming an expert nurse and midwife in the process.

Then in 1847, Smith forced all of the people he owned to walk from Mississippi to Utah where there was a growing community of Mormons. Mason was required to walk all 1,700 miles of the journey behind Smith’s caravan with her children in tow, one of whom was a newborn at the time.

On the journey, Mason cooked all the meals, set up camp for their 300-wagon caravan, and acted as the midwife.

Finally, Smith settled in the Salt Lake Valley for a short time before deciding to take his slaves across a wide desert where he could settle in San Bernardino, California.

But Smith had not counted on one thing – that California was a free state. He’d even been warned by Mormon leader Brigham Young that he better not bring his slaves there.

His obvious blunder gave Biddy Mason a chance to win her freedom.

Finding Freedom With The Help Of A Rancher 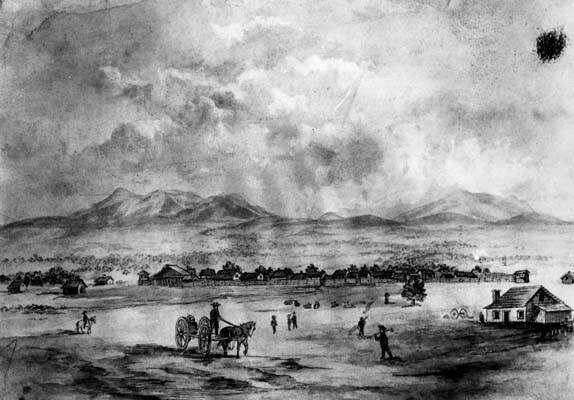 Los Angeles Public LibraryA drawing of San Bernardino, California, as it looked in 1852 when Biddy Mason lived there.

The United States admitted California as a state as a part of the so-called Compromise of 1850 but on one condition: it would have to be a free slate. It did so in order to maintain balance in the Union between free and enslaved states.

And so when Robert Smith brought his slaves into California in 1851, he broke the law by order of the state and the Union. This would have gone unknown to Mason had she not fatefully met Charles and Elizabeth Rowan, Black Americans who were free, while en route to California.

The Rowans told Mason about California’s slavery ban, and once in San Bernardino, Mason found a community of free Black Californians who agreed to support her quest for freedom. 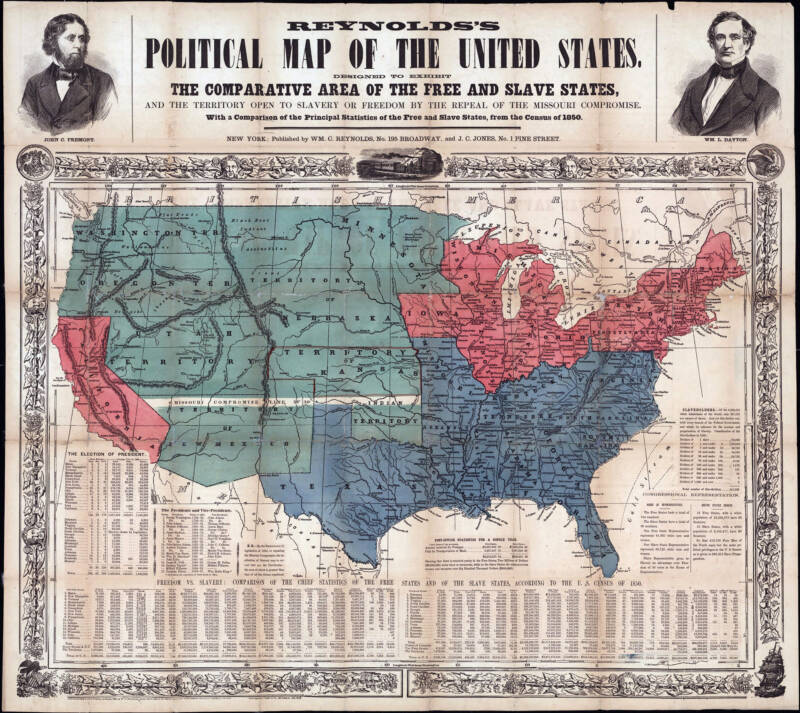 University of Houston LibrariesA map showing the free and slave states after the Compromise of 1850.

But it took years for Mason to escape Smith. Before she could even file a petition with the courts, Smith decided to abandon California in order to keep his slaves and gathered up a wagon train and headed toward Texas.

But he was stopped by another fateful acquaintance of Mason’s: a Black rancher named Robert Owens. He alerted the Los Angeles County Sheriff who, in turn, put together a posse and went after Smith’s wagon train. The group caught up with Smith in Cajon Pass, just before he could leave the state.

The Hearing For Biddy Mason’s Freedom

On Jan. 19, 1856, Biddy Mason submitted a petition to the Los Angeles District Court. She asked not only for her freedom, but also for the freedom of 13 members of her family.

It was not an easy case. Under California law, Black people could not testify against white people. But Judge Benjamin Hayes agreed to hear the case anyway.

Robert Smith, however, did everything in his power to stop Mason from winning her case. He even bribed Mason’s lawyer to stop representing her. But then the judge learned about the bribery, and Smith fled California altogether.

Judge Hayes ruled in favor of Biddy Mason nonetheless, granting freedom to her and her 13 relatives. He said that Mason “should be left to their own pursuit of freedom and happiness.”

By this time, Biddy Mason was 38 years old, and up to this point, she had no last name as was common among people who were enslaved. She thus chose the last name “Mason” to honor the then-mayor of San Bernardino.

After earning her freedom, Mason and her family relocated to Los Angeles, which was then a small community of 2,000 people.

Mason’s oldest daughter married the son of Robert Owens, who helped them all escape slavery. 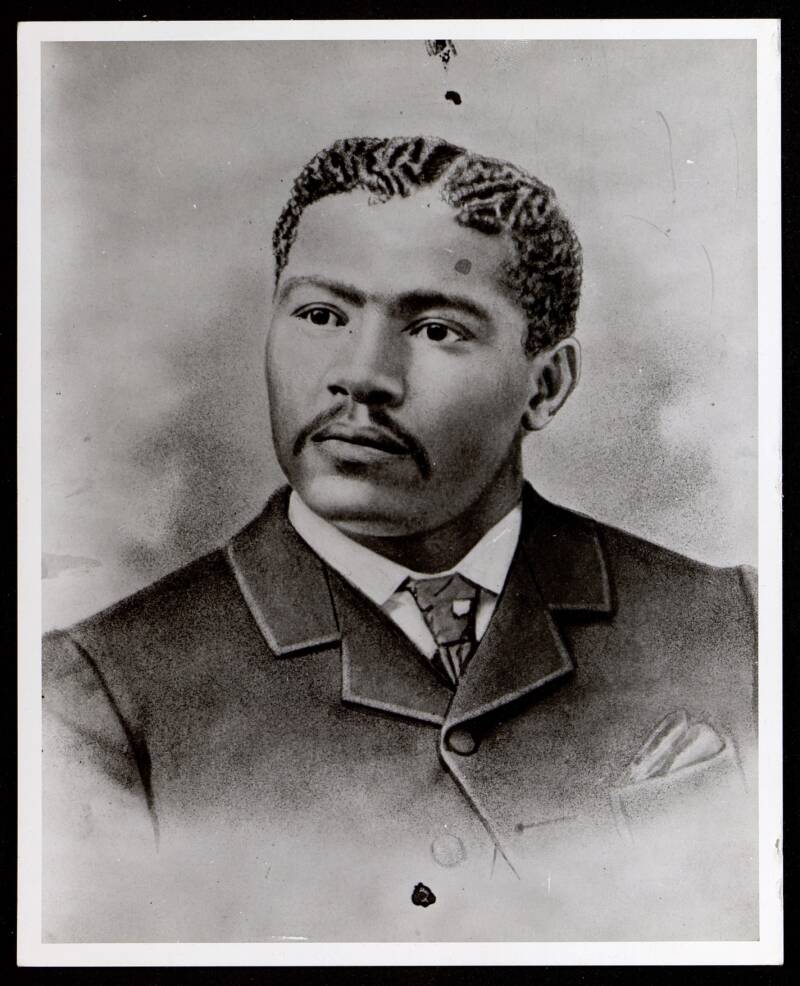 As a free woman, Biddy Mason had a major impact on Los Angeles. Although she began illiterate and impoverished there, Mason soon built a business empire.

Together with Dr. John Strother Griffin, known as the “Father of East Los Angeles,” Mason became a full-time nurse and midwife. She was said to always proudly carry her emancipation papers in her medicine bag.

Mason also became friends with Pio Pico, the last Mexican governor of California. Pico encouraged Mason to buy property once she saved enough money and her investments soon paid off. She continued to buy property in the heart of downtown L.A., quickly amassing a fortune.

She became one of greatest philanthropists in 19th-century L.A. She established a daycare that supported working mothers, gave money to the poor, and donated the land for the First African Methodist Episcopal Church of Los Angeles. 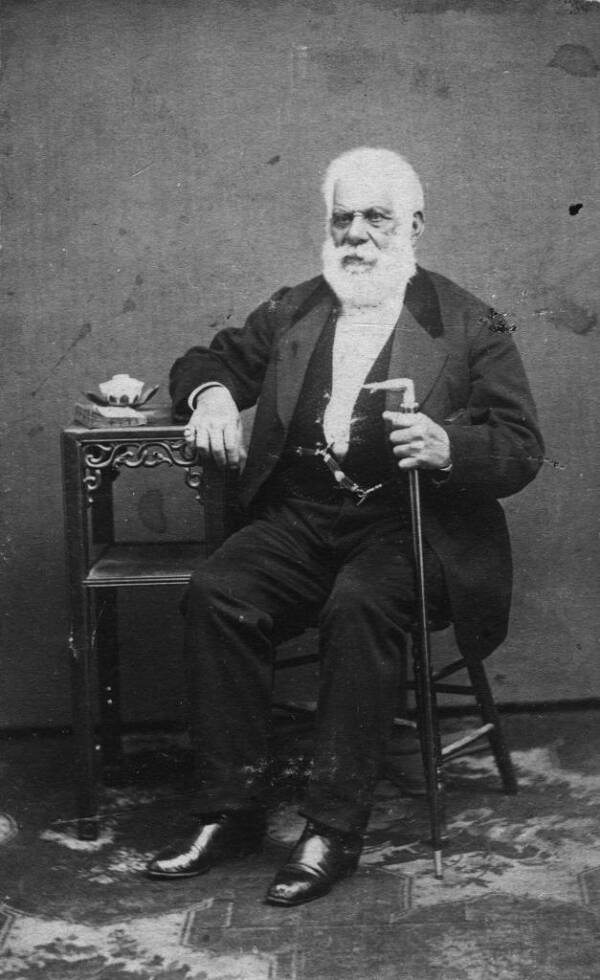 Anaheim Public LibraryPio Pico, the last Mexican governor of California and a friend of Biddy Mason’s.

Mason’s grandson, Robert Curry Owens, then became a prominent Black leader in the community and served on the L.A. County Executive Committee. He also became the first Black man to attend the California State Republican Convention.

The children, grandchildren, and descendants of Biddy Mason continue to honor her legacy and contribution to history. Her portrait hangs today in Biddy Mason Memorial Park in downtown L.A.

Biddy Mason was one of many whose life changed exponentially after she became free. Learn more about former slaves who changed history after they escaped bondage. Then, read these letters from former slaves to their masters.