"With all the bad news coming out about things in the natural world, this gives me hope." 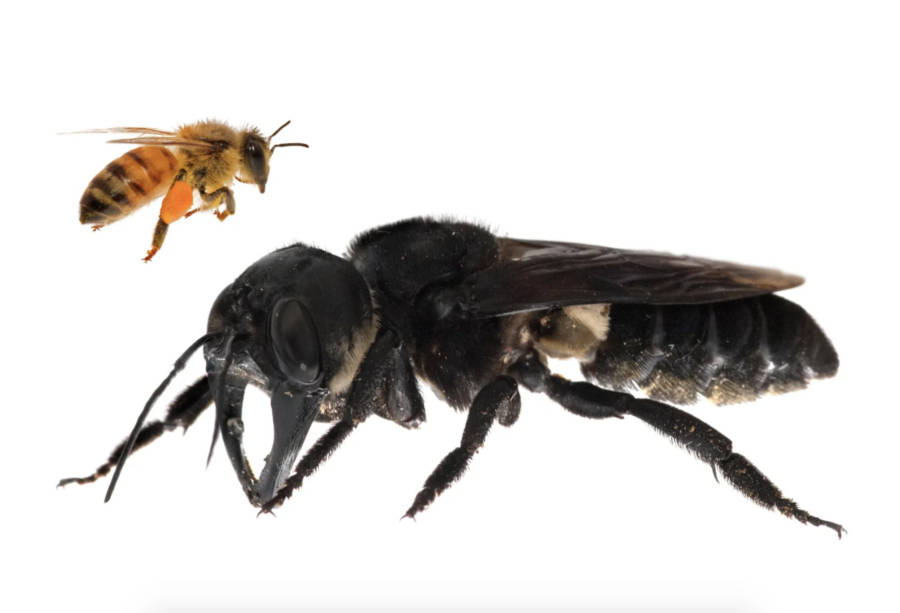 For nearly 40 years, scientists believed that a species of gargantuan bee had gone extinct. Until now, the bulky insect — which is about four times larger than a European honey bee and the size of a human adult’s thumb — hasn’t been seen since 1981.

The International Union for Conservation of Nature (IUCN) classified the species “vulnerable” in the face of extensive mining and quarrying which had effectively deforested and destroyed the bees’ habitat. The IUCN had naturally come to suspect that the species might have gone away for good, as Indonesia’s deforestation saw a sharp rise in the last decade. Thus, the rediscovery is a promising bit of hope that the environment is more resilient than previously thought. 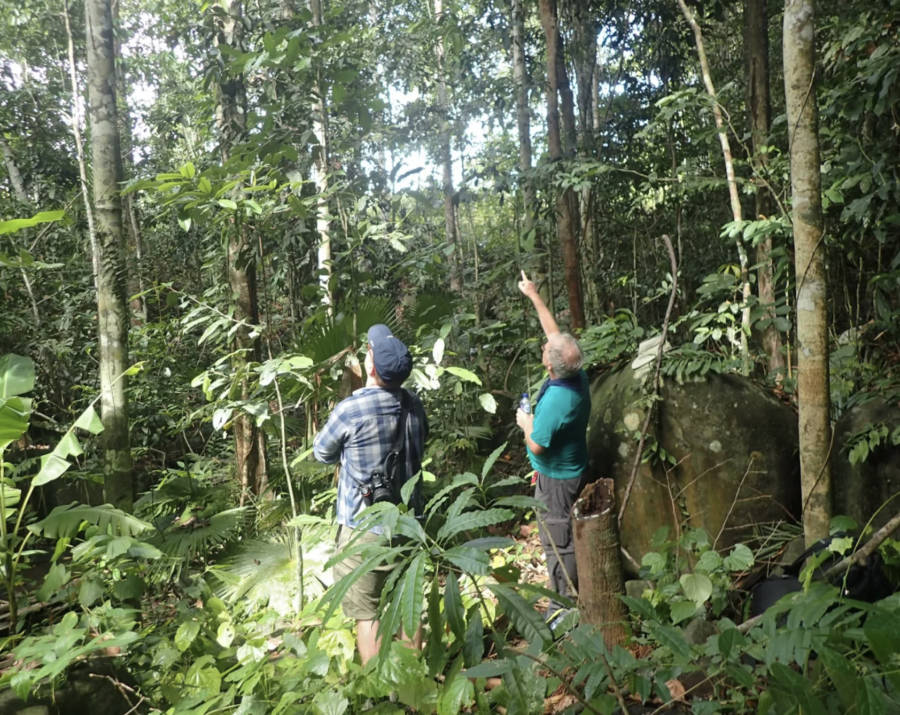 The bee was originally named after British naturalist Alfred Russel Wallace, who discovered the insect in 1858 while exploring the Bacan island. Wallace’s initial discovery and entomologist Adam Messer’s encounter in 1981 were the only two documented observations of the insect in modern history — until now.

In terms of logistics, the team took a fairly basic yet utterly thorough approach in order to find the bee: they inspected each and every termite nest they could find. The grueling, time-consuming search was relegated to the North Moluccas islands which Messer’s 1981 research indicated was part of the bees’ habitat.

The research group used satellite imagery to prepare themselves for the realities of the thick, forested terrain on the ground, as Wallace’s giant bee was known to dwell in lowland forest areas and elevated termite nests on tree trunks.

Each nest was carefully observed for half an hour before it was checked off the list. The team often encountered what they thought was Wallace’s giant bee, only to discover that it was, instead, an average wasp. 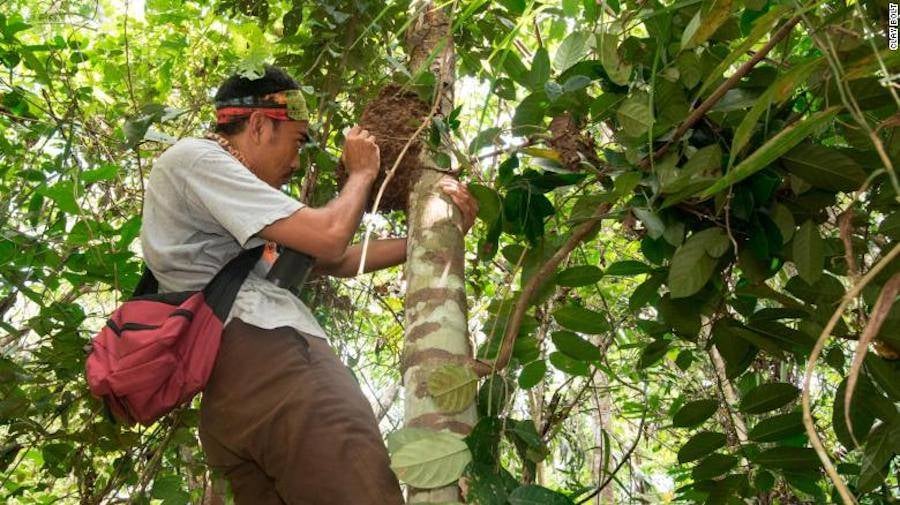 On the fifth and final day of their expedition, however, the group’s guide and interpreter pointed toward a peculiar nest about eight feet off the ground. When Bolt, the photographer, climbed up and took a peak, he saw one, single, female Wallace’s bee staring back at him.

“It was a remarkable, humbling moment,” he recalled, before making sure to capture plenty of photos.

With no more pressure to keep looking and an inclination not to disturb the animal’s natural behavior too harshly, the group decided to wait for the bee to leave its nest on its own volition.

After several hours, however, the group decided to lure it out by tickling it with a piece of grass — which saw the bee walk straight out and right into a tube the group had prepared to collect their find. 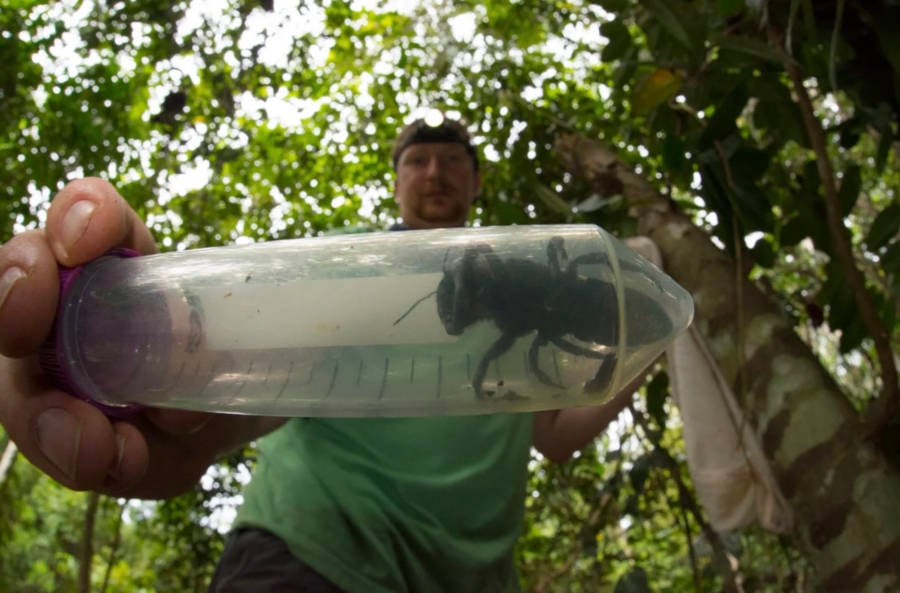 It was 2015 when Bolt and Wyman first enthusiastically discussed the prospect of seeing Wallace’s giant bee in the flesh. Bolt was working on a photo shoot in New York at the time while Wyman’s profession had landed him at the American Museum of Natural History.

“Eli and I began to talk about, ‘Wouldn’t it be cool to rediscover this in the wild?'” Bolt recalled.

When Bolt and Wyman actively began preparations to pursue that dream, Robson and Chilton got in touch with them as they too shared the interest and were trying to launch a mission of their own.

Though the locals had no idea what this group of American researchers was looking for once they arrived in Indonesia — “People couldn’t believe we were there looking for a bee,” Robson recalled — the successful rediscovery has led Bolt and Robson to pursue the endeavor even further and work with regional conservationists to protect the insect from extinction.

“With all the bad news coming out about things in the natural world, this gives me hope,” said Bolt. “There’s still a lot of forest and there’s time and good hope for the bee and its survival,” Robson added.

Next up, read about how the lost eighth wonder of the world may have been rediscovered. Then, learn about the Albany adder snake being rediscovered after it was deemed extinct.