Agnès Sorel: History’s First Official Royal Mistress And The Most Powerful Woman In The French Court

Agnès Sorel rose to unprecedented heights of power for a woman in medieval France, yet her opponents succeeded in leaving her remembered as a power-hungry harlot. 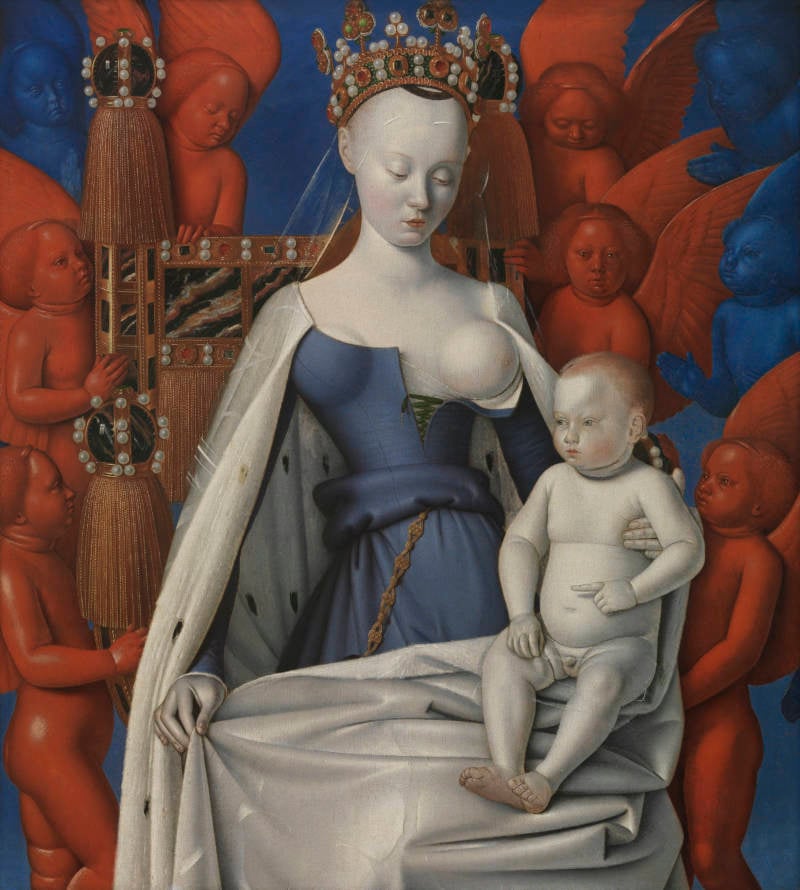 Wikimedia CommonsJean Fouquet is said to have used Agnès Sorel for the model of the Virgin Mary, inciting a scandal.

The legend of Agnès Sorel became such a staple of medieval French lore that it has become difficult to distinguish between fact and fiction. She was the object of envy, lust, and vicious gossip. She made history not only as the first official mistress to a European monarch but also as quite possibly the first woman to make the nip-slip fashionable.

Agnès Sorel traipsed the French court of Charles VII in a cut diamond necklace that drew attention to her ample bosom and she was so beloved by the French king that he gave her all the riches he could. This subsequently so enraged other members of the aristocracy that upon her premature death at 28 in 1450, foul play was immediately suspected.

Even the story of Agnès Sorel’s birth is in contention, although most historians agree it was sometime around 1422 in Touraine, France. The Sorel (sometimes spelled “Soreau”) family were lesser French nobles and in her youth, Sorel served as an attendant to first Isabella, Duchess of Lorraine, then to Marie d’Anjou, who was married to King Charles VII of France.

It was while she was in the service of his wife that Agnès Sorel caught the eye of King Charles VII, sometime around 1444. The young lady-in-waiting was already known for her “striking beauty” and the king was reported to already have “a crowd of anonymous mistresses, or rather a sort of harem, a traveling deer park, who followed him everywhere.” 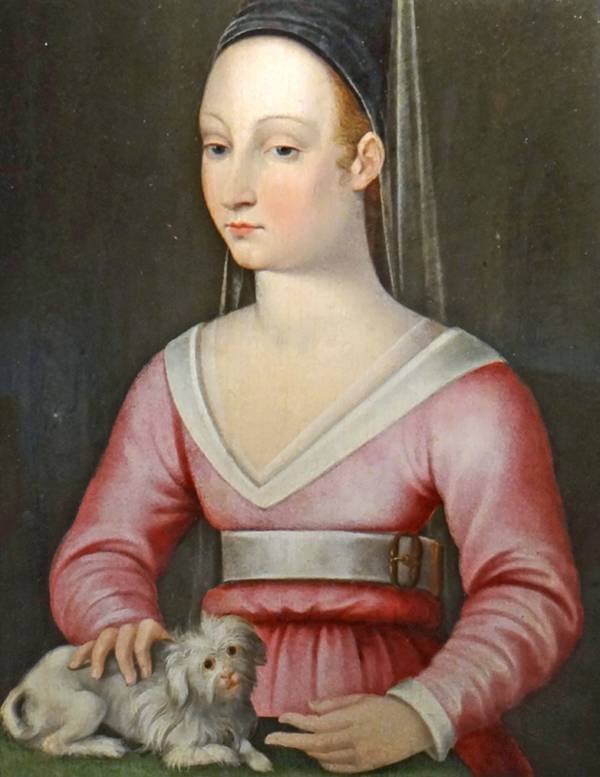 Wikimedia CommonsYoung Agnès Sorel must have relied on more than physical beauty to capture the heart of the King of France.

But Agnès Sorel was destined to become more than just another faceless lover of the king’s. According to the 19th-century French politician and sometime-historian François-Frédéric Steenackers, “She had all at once, by a rare privilege, a superior beauty of the body and the soul, with this physical and moral vitality that satisfied all the demands of love.”

Upon first sight, it was all the king could do but to gift her the kingdom. Sorel was given castles, jewels, and reportedly, the first cut diamond. Even though King Louis IX had outlawed the wearing of diamonds to anyone but the king 200 years prior, Sorel flaunted her cut jewels in court over a reportedly gaping bodice. 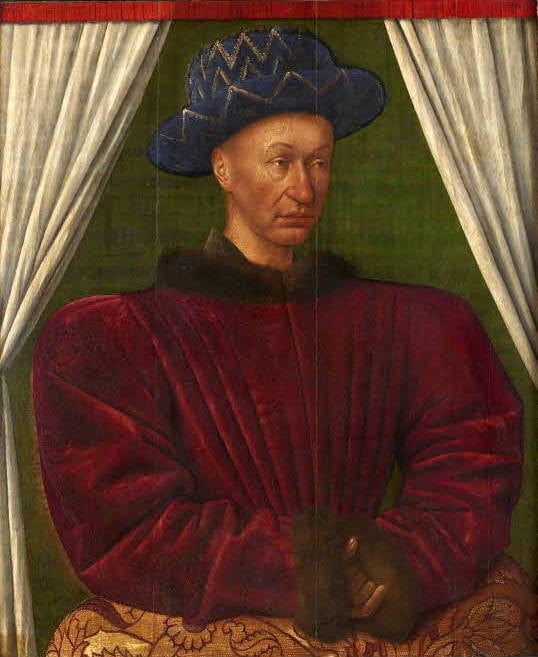 Whether or not she was truly “the most beautiful woman in the world,” Agnès Sorel undoubtedly had something more to offer the king beside her physical appeal, and the besotted Charles went to the unprecedented length of declaring her the first official mistress of the kings of France.

While today this may seem a somewhat dubious distinction, in medieval France the position of mistress to the king was, arguably, one of the most powerful a woman could have. In an era when women were forbidden from holding any kind of public office, a royal mistress could wield tremendous influence over the politics of a nation through a few carefully chosen words to her lover.

The fortunes of families could be made and unmade at the whim of a mistress and even in the French court — which was long considered one of the wildest in Europe — the king’s acknowledgment of a mistress was a huge scandal.

Meanwhile, Sorel’s beauty also inspired painter Jean Fouquet, who depicted her as a graceful Virgin Mary. This further scandalized her, as conservatives in the court were flabbergasted to see a holy character represented by a woman known for her overt sexuality. 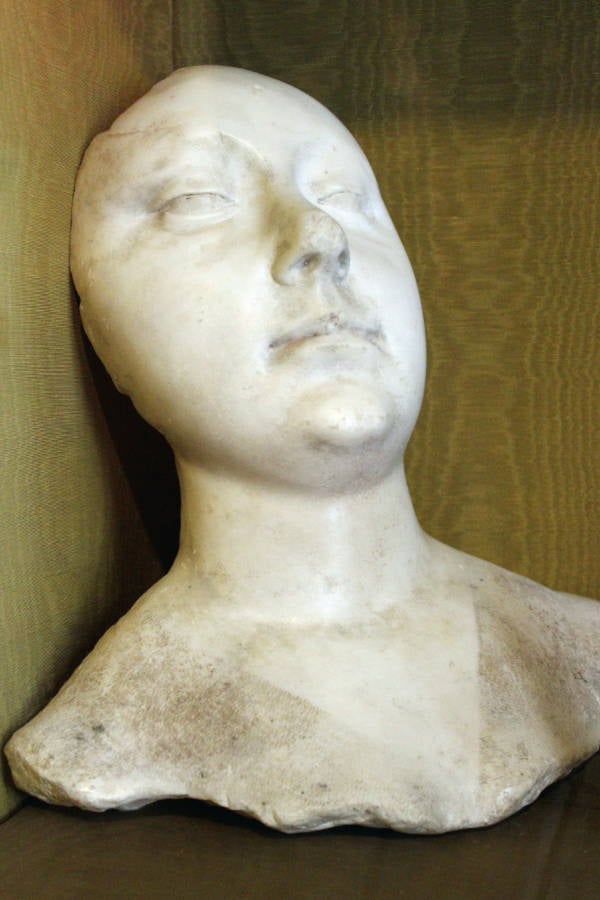 Wikimedia CommonsA marble statue reportedly based on the death mask of Agnès Sorel.

La Dame de Beauté or “the Lady of Beauty” as Sorel came to be known, gave the king three daughters, Charlotte, Marie, and Jeanne de Valois. Shortly before giving birth to another child — sources differ as to the sex of this baby — in 1450, both Agnès Sorel and her baby died suddenly.

Although the king’s 28-year-old mistress reportedly died of dysentery, rumors quickly spread that poison had been the real cause of death. There was certainly no shortage of political rivals who could have arranged the murder, including Charles’s own son, the future King Louis XI.

The Legends Of Agnès Sorel

After her death, the legend of Agnès Sorel only continued to grow, albeit in sometimes diverging ways. Some later historians attempted to intertwine Sorel’s story with that of the other famous woman who played an enormously important role during the reign of Charles VII: Joan of Arc.

These accounts tend to paint Sorel as a tactful figure whose benign influence further inspired the king to undertake military campaigns for the good of the country. Despite her position as official mistress — a position which directly contradicted the Catholic Church’s views on adultery — some contemporary sources actually describe Agnès Sorel as a pious and charitable woman who shared her considerable wealth with the poor.

But Agnès Sorel was not without her enemies in the court, which led some to believe that she was indeed poisoned. Rumors were often spread about her infidelity and that she was using her sexuality to usurp the crown.

Today, thanks in part to both the surviving works of Victorian dramatists and her rediscovery on social media, Agnès Sorel is most remembered for supposedly inciting a fashion trend that involved the baring of one of her breasts. The story has its roots in the painting by artist Jean Fouquet in which Sorel is depicted as the Madonna Lactans, the “Nursing Madonna.” Supposedly, Sorel’s topless example in the painting led to “All the women of France and Burgundy [are losing] much in modesty in wanting to follow the example of this woman.”

Wikimedia CommonsWhen Agnès Sorel was declared the first official mistress of the king of France, she caused quite an uproar.

The likelihood of Agnès Sorel having actually done this, however, is slim. There are no contemporary sources that support the claim Sorel bared her breasts in public, they instead refer to her only as an “inventor of ribald fashions.”

For medieval viewers, the image of the Virgo Lactans was a common one and the true scandal was that the king’s open mistress should be portrayed as the holiest of women. Ironically, due to the modern misunderstanding surrounding the painting, Agnès Sorel has become famous as the stereotype her opponents at court tried to portray her as, rather than for her astonishing rise to power of her own accord.

Next up, read about another influential French queen, Catherine de Medici. Then, read about the unfortunate wives of the infamous English king, Henry VIII.