Catherine De Medici And Her “Flying Squadron” Of Female Spies

From half-naked banquets to thwarting plots against the throne, Catherine and her "Flying Squadron" knew how to use sex appeal in their favor. 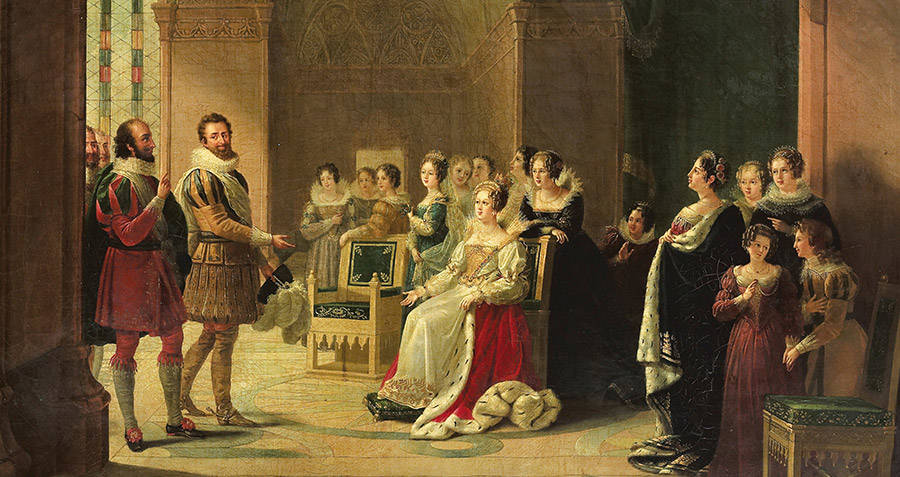 It wasn’t easy being a woman in power during the 16th century. Catherine de Medici learned this at a very young age when she was brought over from her native Italy to marry the future king of France, Henry II. Disliked by the people as a suspicious foreigner and ignored by her husband in favor of his French mistress, Catherine had to use any means available to her to preserve her power as queen.

After observing the power his mistress wielded over her husband, Catherine saw firsthand the potential of using the boudoir as a battleground, so she began to recruit a powerful squadron of her own.

The “escadron volant” or “flying squadron” would become as much a part of Catherine’s legend as poison and intrigue. This band of beautiful women loyal to their queen engaged in antics that would make Caligula blush, all with the aim of helping her retain power. The group of around 80 women were hand-picked for their charms and sexual prowess, and the court delighted in sharing tales of their sordid activities.

The name “flying squadron” has its roots in dance, when Catherine introduced ballet to the French court and her own ladies gave the first performance and danced as though they were flying. The military connotations of the term “squadron” were particularly apt for Catherine’s court as she employed her ladies as her soldiers to fight her battles. Women during this period had to use the few means available to them to wield power, and the squadron found that many powerful men were defenseless against beautiful women. 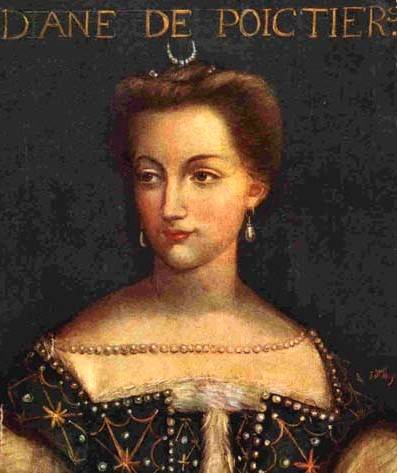 Wikimedia CommonsCatherine may have learned the power of sex in court by observing her husband’s mistress, Diane de Poitiers.

Catherine’s husband, Henry II, was killed in a jousting accident in 1559, leaving her son Francois II and his wife Mary Queen of Scots in power. The sickly Francois died little over a year later, putting his ten-year-old brother Charles IX on the throne. Traditionally, a male would serve as regent for a young monarch. However, King Antoine of Navarre ceded the role in favor of Catherine without objection from parliament or the estate general.

Catherine now held an unprecedented position of power, which she reportedly gained by commanding one of her ladies, Louise de la Béraudière, to seduce and manipulate Antoine into handing over the regency to Catherine. Since there was no protest from the rest of the government, its possible this rumor was an attempt to discredit Catherine’s rule; for if she had seized power through unjust and wily means, nothing else she did would be seen as legitimate.

Another famous member of the squadron was Charlotte de Sauve, who helped eliminate another major threat to Catherine’s power. When the Queen regent got word of a plot to overthrow her between Henry of Navarre (who was married to Catherine’s own daughter and would later become King Henri IV) and the Duke of Aleçon, she sent in Madame de Sauve to seduce both men.

Catherine’s daughter bitterly recalled how well her mother’s plan worked, “[de Sauve] treated [Navarre and Alençon] in such a way that they became extremely jealous of each other, to such a point that they forgot their ambitions, their duties and their plans and thought of nothing but chasing after this woman.” Thus the plot against the throne was foiled without a single drop of blood being shed, leading one satirist to exclaim “[Catherine] you are fortunate to have a stable of whores!”

Perhaps the best-known and most often retold story about the squadron is the 1577 banquet Catherine organized to celebrate one of her son’s victories. The queen was known for her elaborate feasts and during this particular one, her ladies served guests “half-naked” (although the original source for this saucy tale was not even present at the party described). 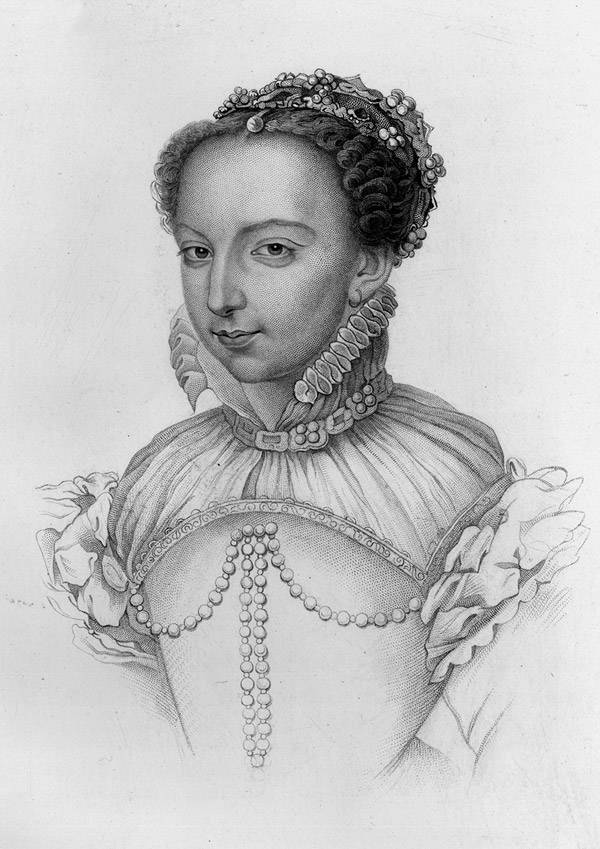 Archive Photos/Getty ImagesCirca 1540, Catherine de Medici (1519-1589). Daughter of Lorenzo de’ Medici, duke of Urbino, married the duc d’Orleans, 1533, became the queen of France when he succeeded to the throne as Henry II, 1547, the mother of three kings of France, Francis II, Charles IX.

Although stories of a cunning group of beautiful females spies working for a devious Italian queen make for excellent reading, historians have recently come to doubt the veracity of these tales. It is far likelier the queen chose her courtiers for their wit and experience rather than recruiting “sexual Machievels.”

Catherine has always had somewhat of a bad reputation, thanks in part to French propaganda. As an outsider, she was disliked by the country she ruled. As a woman in power, vicious rumors were thrown her way in an attempt to destroy her reputation, much like another famous Catherine.

It also served the interest of the Henri IV (the first Bourbon king) to destroy the reputation of his predecessors to better establish his own dynasty’s grip on the throne. Since much of the propaganda was contemporary to Catherine’s rule, as the centuries passed the satire became passed down as reality, and the flying squadron was accepted as fact well into the 21st century.

Enjoy this look at Catherine De Medici and her flying squadron? Next, meet Nancy Wake, the white mouse of the French Resistance. Then read about 10 of the most famous spies in history.