Following a mistrial on sexual assault charges, Bill Cosby plans to give a five-city tour to help men avoid being accused of sexual assault. 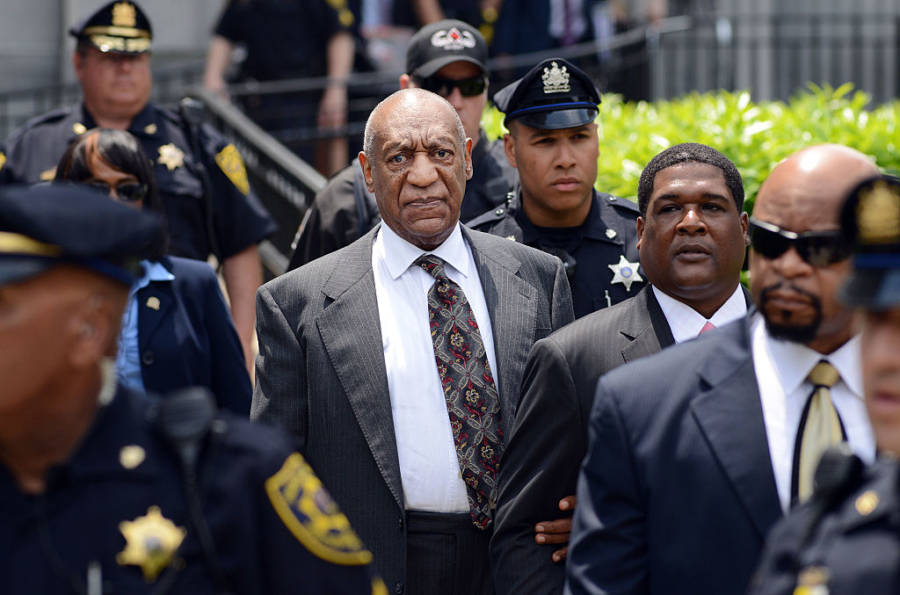 William Thomas Cain/Getty ImagesActor and comedian Bill Cosby leaves a preliminary hearing on sexual assault charges on May 24, 2016 in at Montgomery County Courthouse in Norristown, Pennsylvania. Cosby’s case was declared a mistrial this week.

“Really?” a Fox News anchor responded when she heard the news.

“This is bigger than Bill Cosby,” Wyatt explained. “This issue can affect any young person, especially young athletes of today, and they need to know what they’re facing when they’re hanging out and partying, when they’re doing certain things they shouldn’t be doing.”

“And it also affects married men,” he added.

Bill Cosby plans to go on tour of "town halls" to educate how to avoid sexual assault allegations ???? pic.twitter.com/IxkM6X0mLQ

Others aren’t convinced that this is the appropriate takeaway from Cosby’s recent experiences in court.

“It would be more useful if Mr. Cosby would spend time talking with people about how not to commit sexual assault in the first place,” Jodi Omear, vice president of communications for the Rape, Abuse and Incest National Network (RAINN), said.

The Internet seemed to agree.

…Not drugging and raping women would be a good start.

there's as much a chance of bill cosby having those seminars as o.j. teaching ppl how to find the real killers.

Ebonee Benson, who also does PR for the Cosby family, explained that it’s important for men to be informed about what she considers to be increasingly liberal views on what sexual assault means.

“Laws are changing,” she said. “The statute of limitations for victims of sexual assault are being extended, so this is why people need to be educated on a brush against a shoulder, anything at this point can be considered sexual assault. It’s a good thing to be educated about the laws.”

A statement released by Wyatt reiterated this idea.

“It’s important to educate people that you could be at a baseball game and it could be crowded and a young man could try to squeeze through and accidentally touch a young lady’s butt or breast by mistake and that could be considered sexual assault,” it read.

Or, like Cosby, you could drug young women with Quaaludes and then have sex with them. That could also be considered sexual assault. Because it is sexual assault.

Despite dozens of women’s statements on Cosby’s predatory behavior and damning testimony from the comedian himself, he was allowed to walk free this week after a judge declared a mistrial.

After six days of testimony and 30 hours of debate, the jury of seven men and five women could not come to a decision.

Wayment….Bill Cosby is planning to teach a course on how to avoid sexual assault accusations?! ????????‍♀️ pic.twitter.com/C1YZTZ35t2

Though prosecutors have vowed to bring the 79-year-old to court again in the near future, his reps are saying it’s time for him to “get back to work.”

Their rape tour will include a minimum of five cities — including Chicago, Detroit and Philadelphia — and the speeches will be free.

Next, read about the life and times of Ida B. Wells, one of intersectional feminism’s founders. Then, learn about the underground, female-run clinic that gave 11,000 women safe abortions before it was legal.