In the late 1800s, Bill Pickett popularized an efficient — and perilous — way to subdue cattle by biting their upper lips. The daring stunt soon became one he performed all over the world. 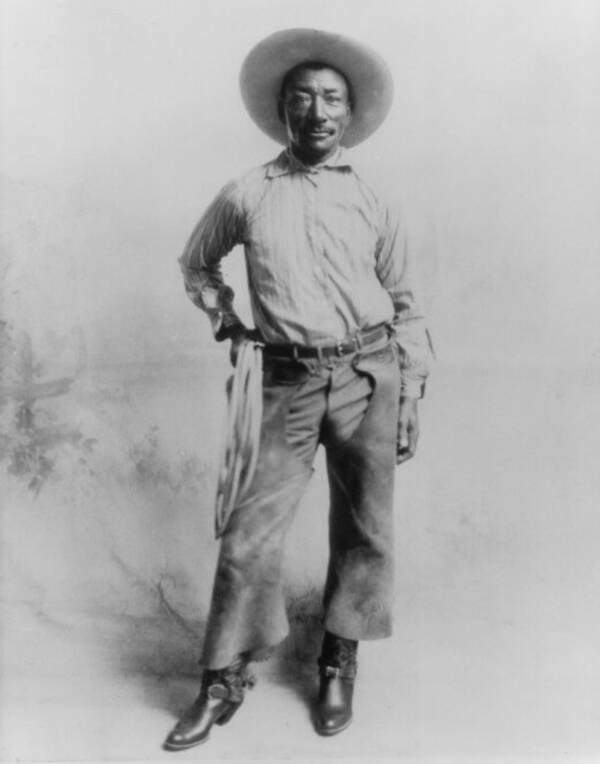 Bill Picket was fearless — in more ways than one. The inventor of bulldogging, or the sport of cattle wrestling, Pickett found success despite the fact that many rodeos banned Black performers like him.

A cowboy from the age of 10, Pickett traveled the world to show off his invented sport. He awed audiences in Canada, England, Mexico, and beyond, by tackling steers and forcing them to the dirt.

In the end, Pickett suffered a cowboy’s death. Kicked by a rogue horse, this historic cowboy died with his boots on.

At around 10, Pickett dropped out of school and started working on a ranch. He and his brothers — Pickett was the oldest of 13 — eventually banded together to start a horse-breaking business called Pickett Brothers Bronco Busters and Rough Riders.

As a rancher, Pickett made a fateful observation. He studied how herder dogs managed to subdue steers by grabbing the bigger animal’s sensitive lip and then twisting it down to the ground. Pickett began to wonder if humans could do the same thing — and the sport of bulldogging, or wrestling cattle, was born.

By 1888, Pickett was participating in rodeos himself, grabbing onto the horns of steers and biting their lips to bring them down to their sides. By the 1900s, he was steadily becoming one of the biggest rodeo performers of his time, awing crowds by subduing particularly fierce longhorns.

In 1903, a rodeo promoter dubbed Bill Pickett the “Dusty Demon” and “the world’s colored champion death-defying feats of courage and skill.” Two years later, he joined the 101 Ranch Wild West Show in Oklahoma, officially starting his career as a rodeo star.

For the next three decades, Bill Pickett astounded audiences with his ability to wrestle cattle. Not only did he headline shows in Oklahoma, but Pickett also traveled abroad to show off his bulldogging technique.

The daring cowboy performed in far-flung locations like England, Canada, and even South America. “What’s gonna happen, gonna happen,” he was known to say before facing a charging bull.

During one performance in 1910, the five-foot-seven-inch Pickett astounded and outraged a crowd of 25,000 in Mexico City after locals bet him he couldn’t subdue a fighting bull. Though the bull gored his horse — the horse survived — Pickett managed to wrestle the beast to the ground. The angry spectators threw beer bottles, one of which broke Pickett’s ribs.

And he reached an even wider audience in the 1920s by starring in films called The Bull-Dogger (1921) and The Crimson Skull (1922) — the first all-Black western. 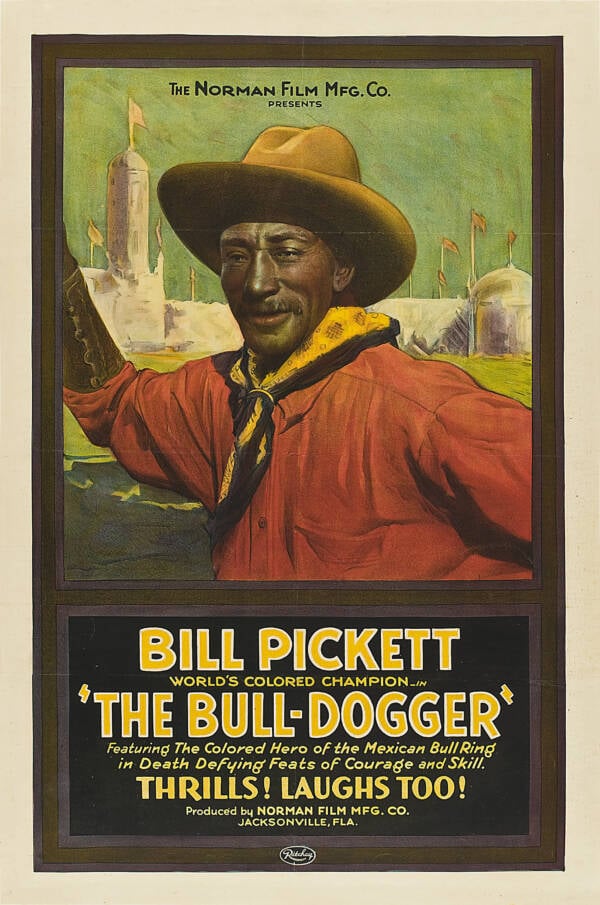 Wikimedia CommonsThe movie poster for The Bull-Dogger describes Pickett as “the colored hero of the Mexican Bull-Ring.”

Despite being a star, though, Pickett occasionally brushed up against American racism. Some rodeos didn’t allow Black performers. So Pickett, who was also Native American, would often claim to be fully Cherokee.

His work was tough, dangerous, and daring. But Bill Pickett remained a cowboy — until the day he died.

In 1932, Bill Picket’s bulldogging days came to an abrupt end when an unbroken horse kicked the cowboy in the head, sending him into a coma. On April 2, 1932, Bill Pickett died at the age of 61 years old.

His boss, Colonel Zack Miller, offered the legendary rodeo performer a dubious compliment, exclaiming: “Bill’s hide was black, but his heart was white.”

Pickett’s friend, the humorist Will Rogers, summed up the cowboy’s life in a different way. “Bill Pickett never had an enemy,” Rogers said. “Even the steers wouldn’t hurt old Bill.” 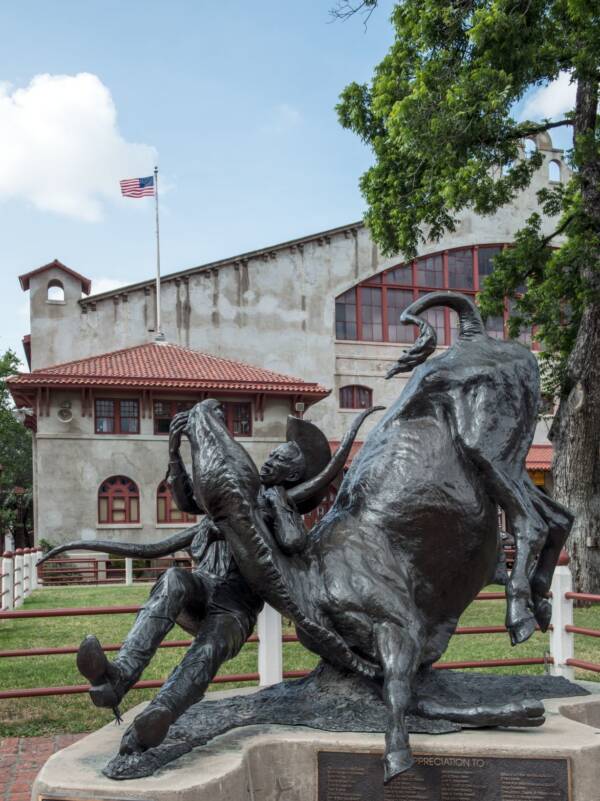 Library of CongressA statue of Bill Pickett bulldogging in Fort Worth, Texas.

But Pickett left behind a substantial legacy. Not only had he invented bulldogging — a somewhat controversial sport still practiced today — but Pickett left his mark on American history as a Black cowboy.

In 1971, Pickett became the first Black rodeo athlete voted into the National Cowboy and Western Heritage Museum’s Rodeo Hall of Fame. And in 1994, the U.S. Postal Service issued a stamp of Pickett as part of their Legends of the West series (though they accidentally printed a photo of his brother Ben).

In more recent years, Pickett has been inducted into Fort Worth’s National Multicultural Western Heritage Museum, honored with statues in Fort Worth and Taylor, and inducted into the Oklahoma Sports Hall of Fame. He was even depicted in the 2021 Black Western The Harder They Fall.

In the end, Bill Pickett, rodeo star, made up one small piece of the greater tapestry of the Wild West. Stories like his are often overlooked, but Pickett and his tales of fearless bulldogging added richness, excitement, and danger to life on the American frontier.

After learning about Bill Pickett’s rodeo legacy, learn about other Black Wild West figures like Bass Reeves. Or, discover the stories of these Black cowboys.