This newly authenticated photograph of Wild West outlaw Billy the Kid, bought for $2 at an antique shop, could be worth around $5 million. 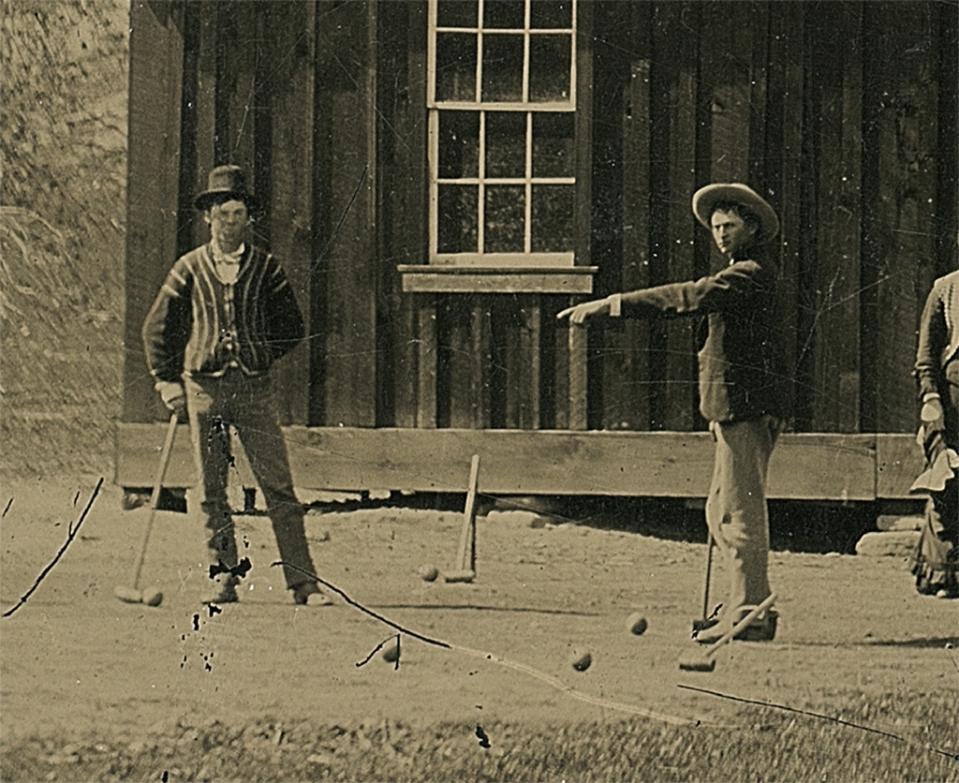 A detail of Billy the Kid (left) in the original tintype.

It’s not every day you’re told you can make a profit of approximately $5 million from a purchase in a junk shop. But this is just what happened to collector Randy Guijarro.

This newly discovered image of Henry McCarty, better known as Billy the Kid, is currently making its rounds on the internet, becoming just the second authenticated photo of the Wild West outlaw and possibly the most valuable.

The rare Billy the Kid photo was purchased by Guijarro for only $2 at an antique shop in Fresno, California in 2010. He admitted to CNN affiliate KSEE in August that the photo was a last-minute purchase: “I had just a couple of bucks left, and I found three photographs I liked, and of the three, the oldest tintype, I actually kind of chucked it back in the box.” But he said something told him to keep it, and that he did.

The tintype reveals Billy the Kid enjoying a game of croquet with members of his gang, The Regulators, in Lincoln County, New Mexico.

A numismatics firm, Kagin’s Inc., announced it had authenticated the photo earlier this month. Senior numismatist, David McCarthy, after carefully inspecting the photo for a year, determined that it was indeed genuine.

“When we first saw the photograph, we were understandably skeptical — an original Billy the Kid photo is the Holy Grail of Western Americana.

“We had to be certain that we could answer and verify where, when, how and why this photograph was taken. Simple resemblance is not enough in a case like this — a team of experts had to be assembled to address each and every detail in the photo to ensure that nothing was out of place.

“After more than a year of methodical study including my own inspection of the site, there is now overwhelming evidence of the image’s authenticity.”

Kagin’s owner Donald Kagin added: “The historical importance of a photograph of Billy the Kid alongside known members of his gang and prominent Lincoln County citizens is incalculable. This is perhaps the single most compelling piece of Western Americana that we have ever seen.”

The photograph will be the subject of a two-hour documentary airing on Sunday, October 18th on the National Geographic Channel.

Gabrielle Kwarteng
A born and bred New Yorker, Gabrielle Kwarteng is the Social Media Manager for PBH Network. She loves to take street portraits with her Nikon FA and DJ for anyone who'll listen.
You might also like
Remove Ads
×
Follow hu On