Our Favorite Images Of Pluto — So Far

Images from the New Horizons spacecraft continue to astound scientists and space enthusiasts alike. Here are our favorite Pluto pictures. 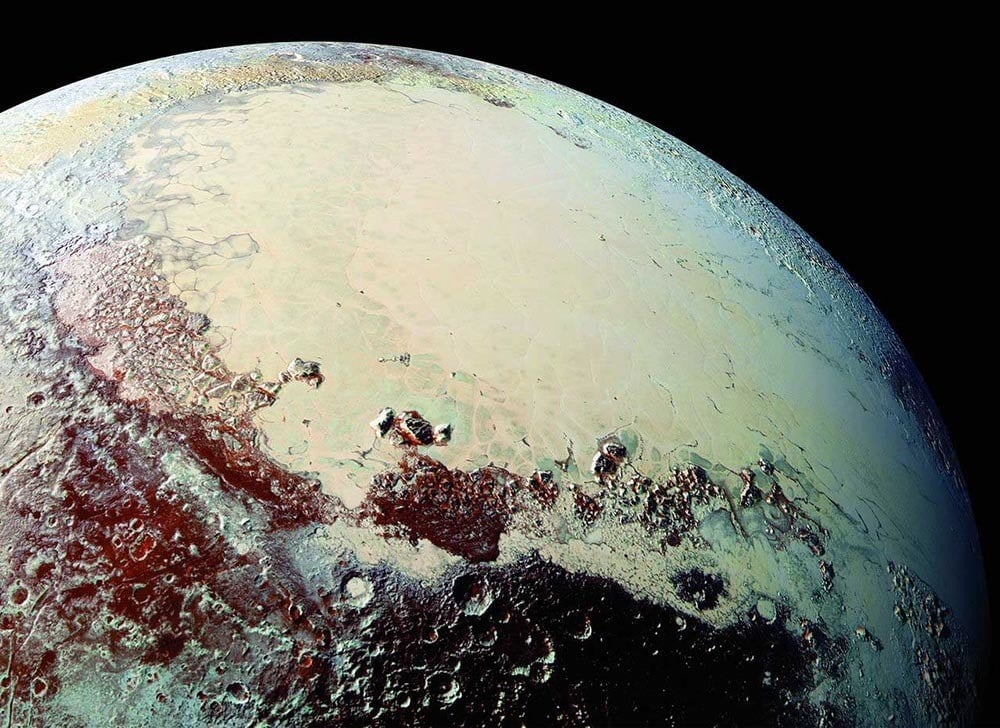 The dwarf planet is packing some serious beauty.

If you are so inclined, you can read an evaluation of the expedition’s initial scientific results, just released this month, here.

Instead of posting them individually, we’ve aggregated our favorite photos to have been downlinked from New Horizons so far. Enjoy: 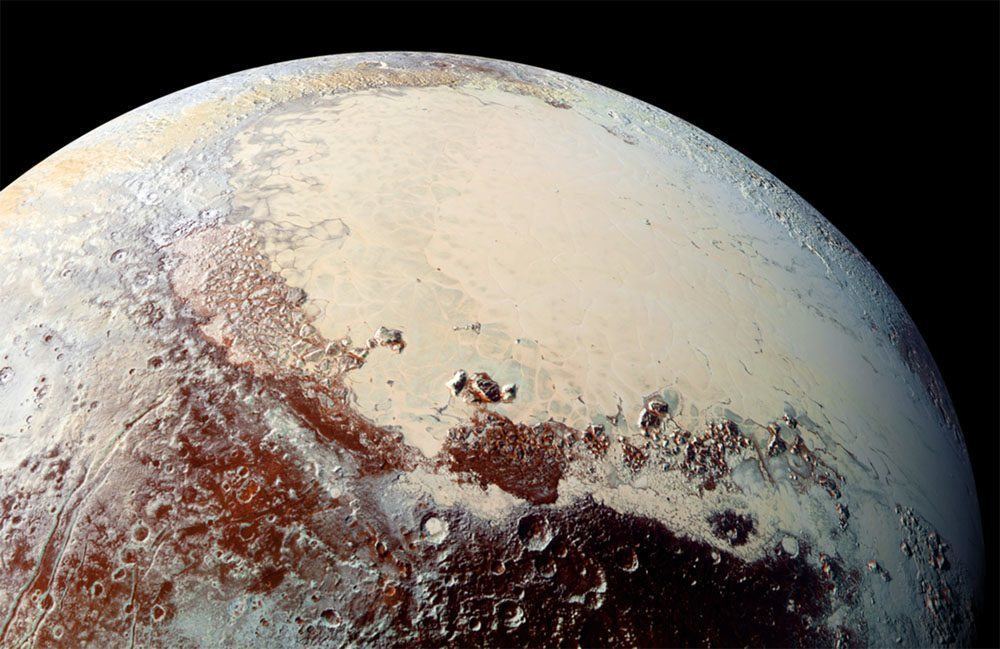 The Ralph/Multispectral Visual Imaging Camera (MVIC) took blue, red and infrared images of the little planet. In this photo, these images are combined to reveal Pluto's brilliant "heart." 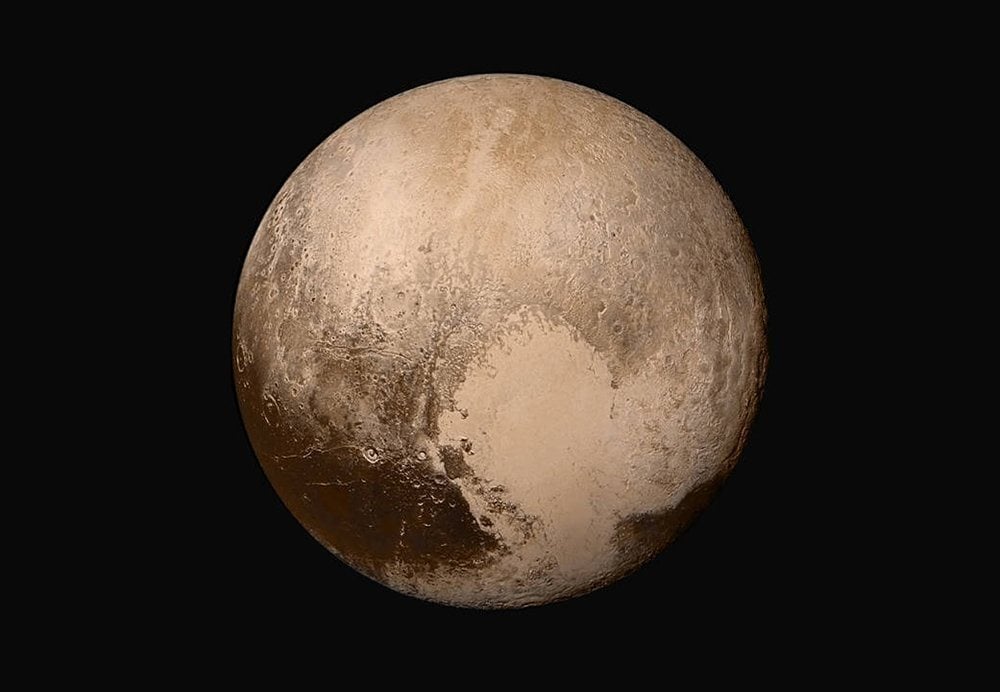 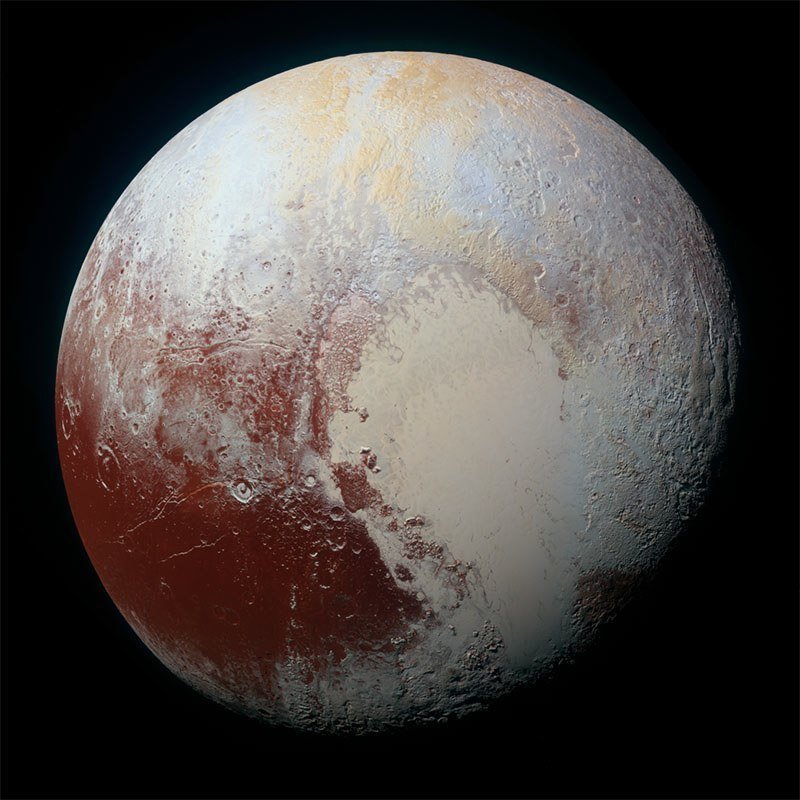 The same image, now enhanced with even more color data. 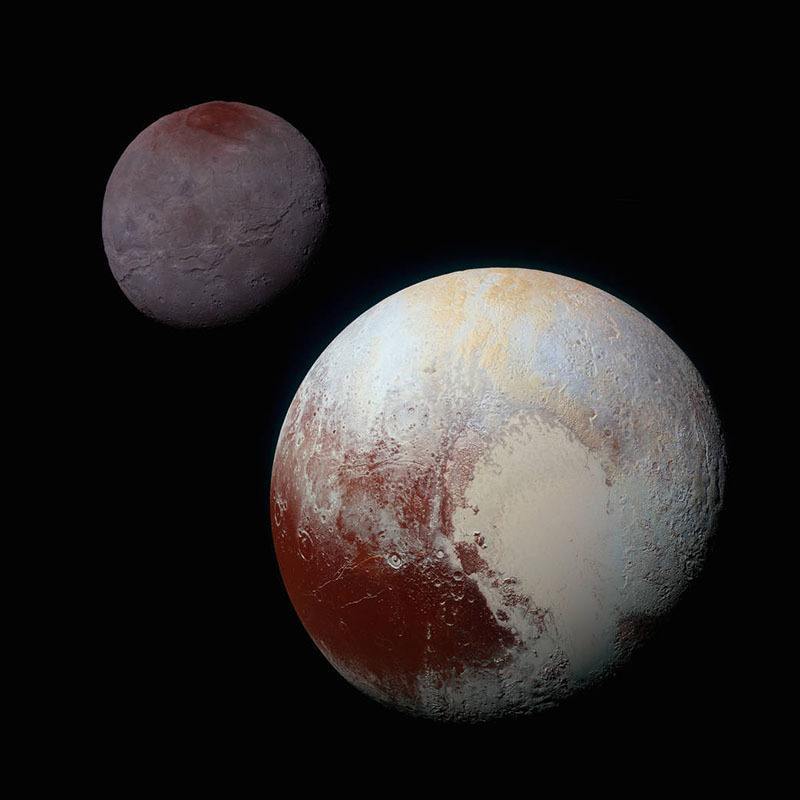 A composite of enhanced color images of Pluto and Charon, taken by the New Horizons spacecraft as it passed through the Pluto system. Their true separation is not to scale. 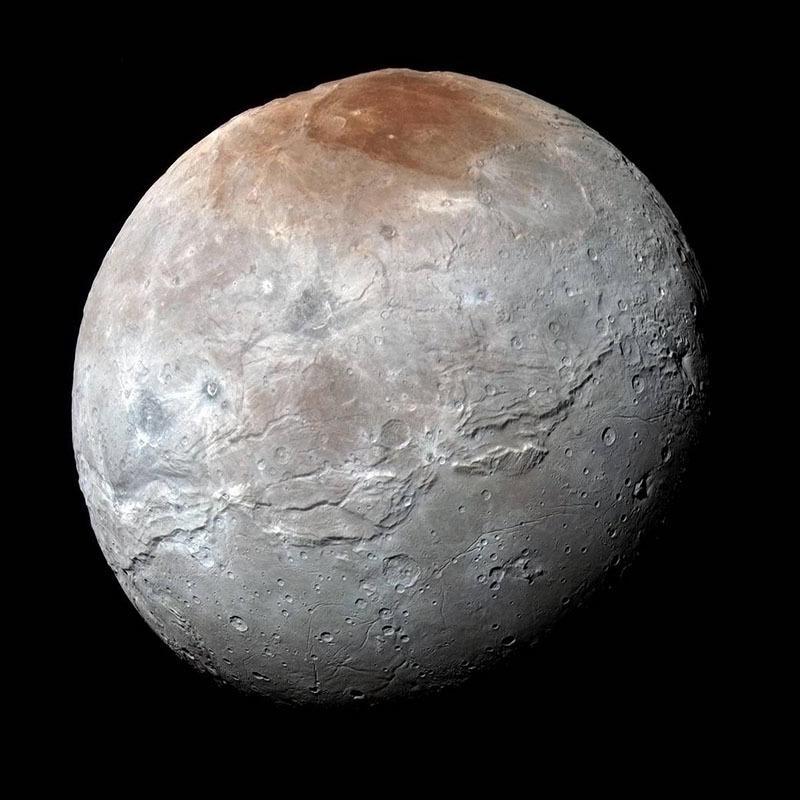 Taken in July 2014, the New Horizons spacecraft captured a high-resolution enhanced color view of Charon, one of Pluto's moons. 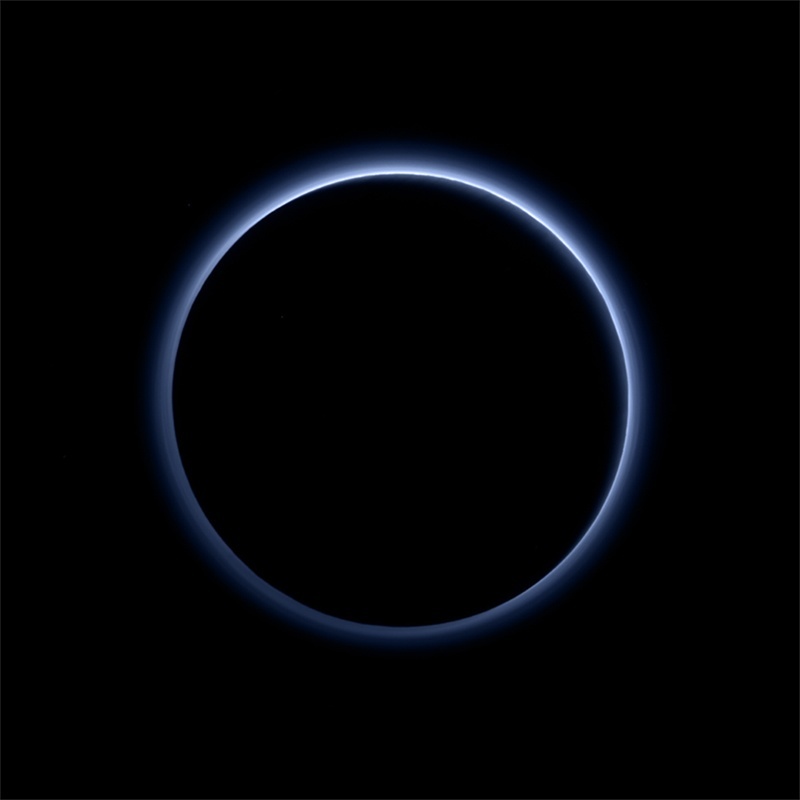 MVIC images reveal a blue haze layer, thought to be similar in nature to what's seen in Titan, Saturn's moon. 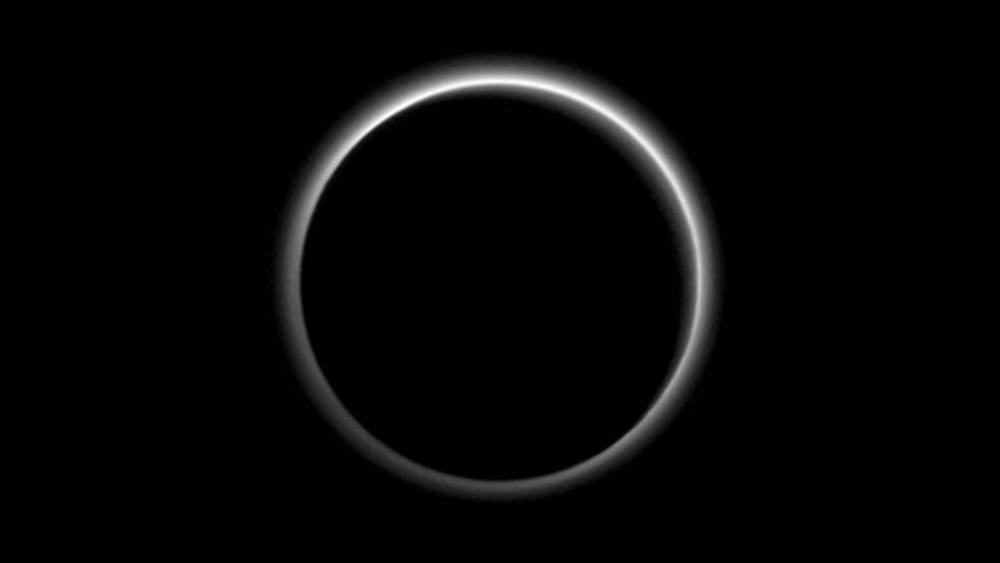 When backlit by the sun, Pluto's atmosphere resembles a halo.

Two versions of Pluto's haze layers. According to NASA, he left version has had only minor processing, while the right version has been specially processed to reveal a large number of discrete haze layers in the atmosphere. 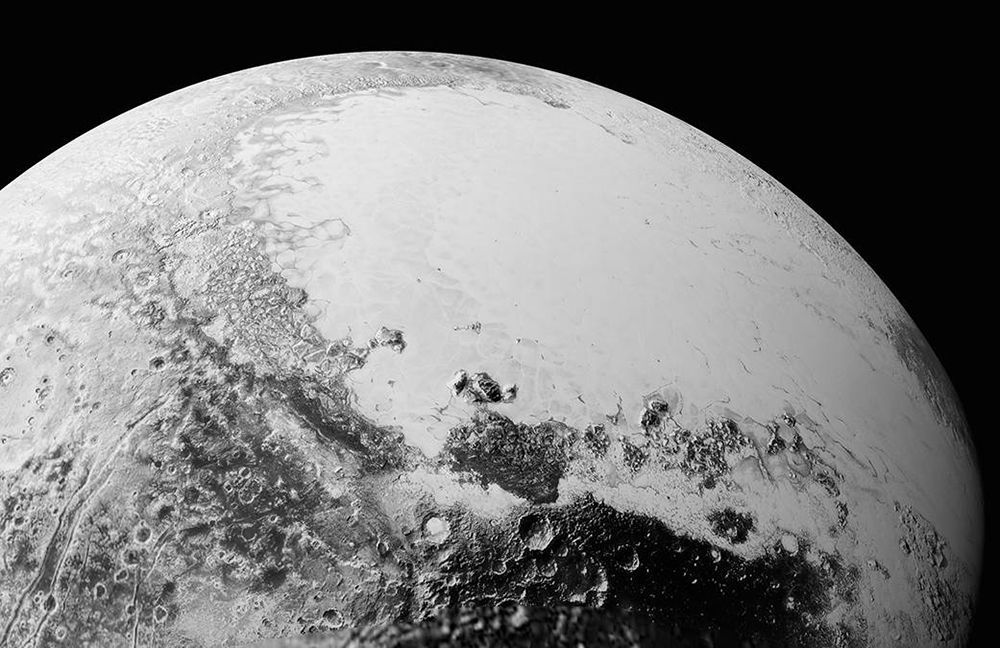 One of the most recent high-resolution images from the New Horizons spacecraft. According to NASA, this view shows what you would see if you were approximately 1,100 miles above Pluto’s equatorial area. The dark, cratered region toward the bottom of the image is informally deemed the Cthulhu Regio. New Horizons captured this photo from a distance of 50,000 miles. 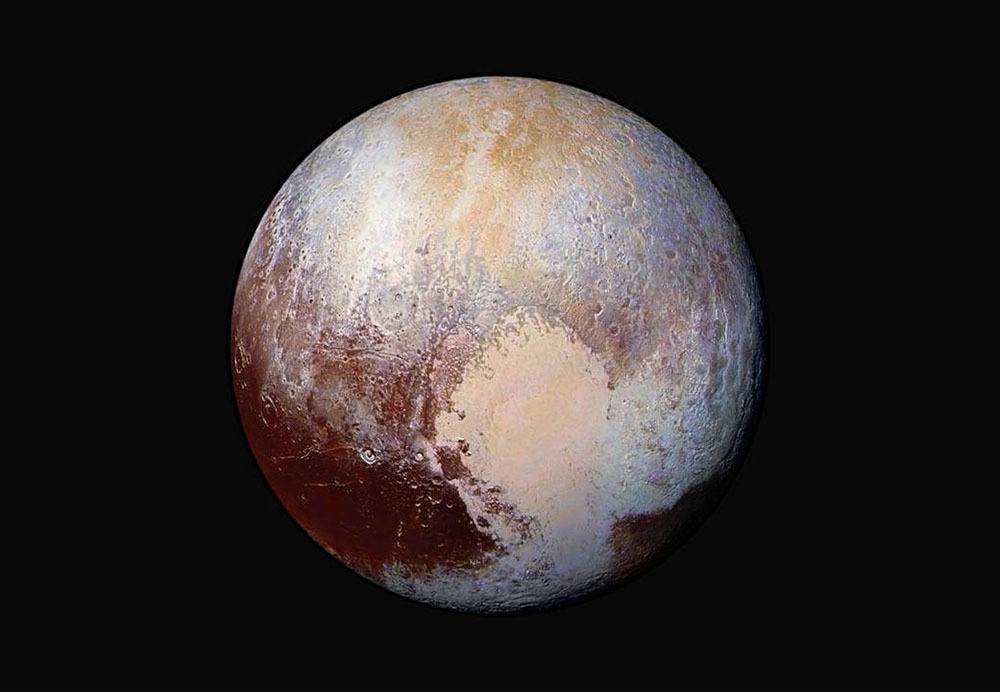 This high-resolution enhanced color view of Pluto was captured by New Horizons on July 14, 2015.

According to NASA, Many landforms have their own distinct colors, telling a complex geological and climatological story that scientists have only just begun to decode.

Pluto's mountains seen from a farther distance near sunset. The scene captured here is around 780 miles wide. 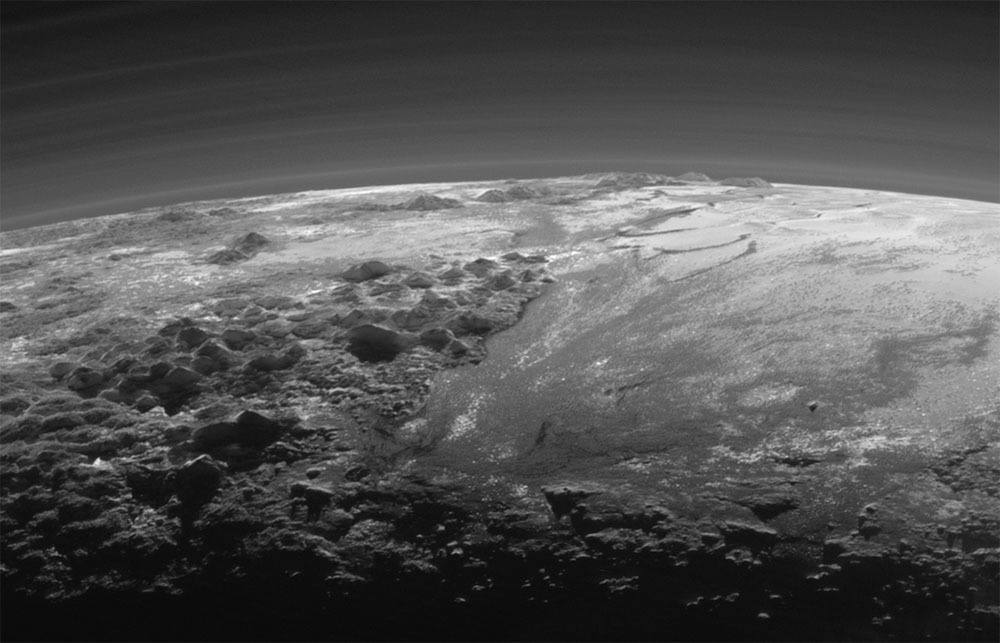 The rugged, icy mountains of Pluto can be seen in this New Horizons photo, taken in July of this year. The image here encapsulates a space approximately 230 miles wide, with the flat expanse on the right informally called the Sputnik Planum. In the left foreground, we see the Norgay Montes mountains and the Hillary Montes closer to the skyline. 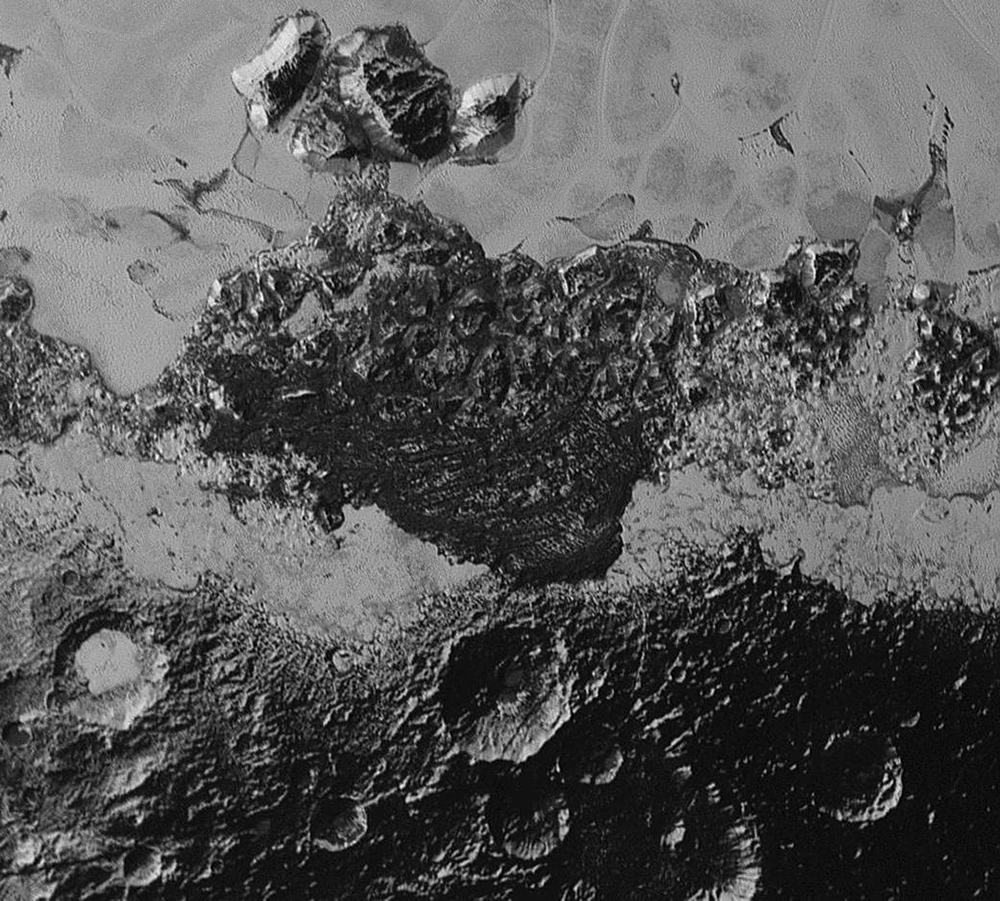 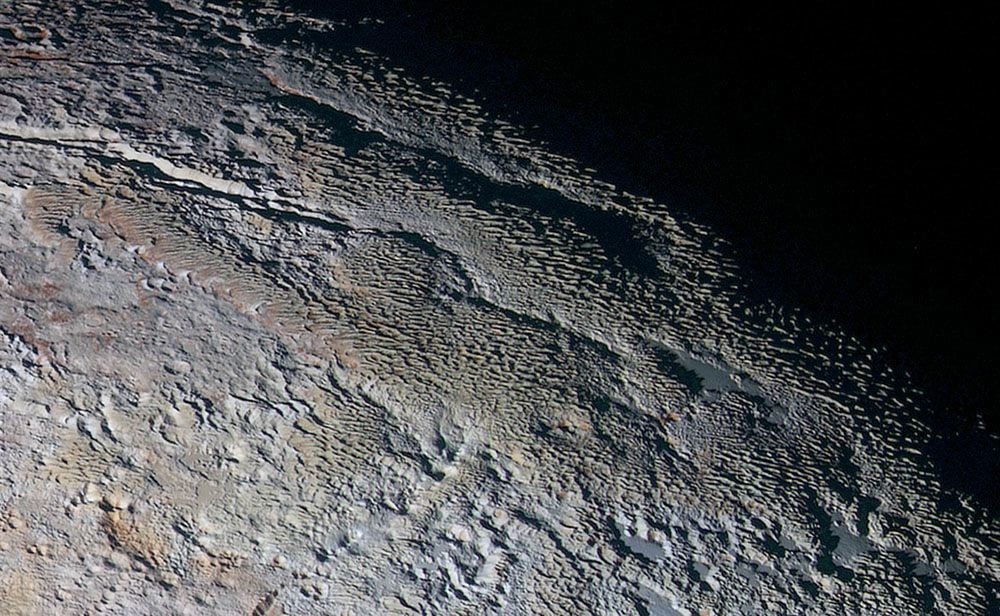 The ridges and reddish material that compose the Tartarus Dorsa mountains seen in this photo puzzle NASA scientists. The view presented here is approximately 330 miles across, according to NASA. 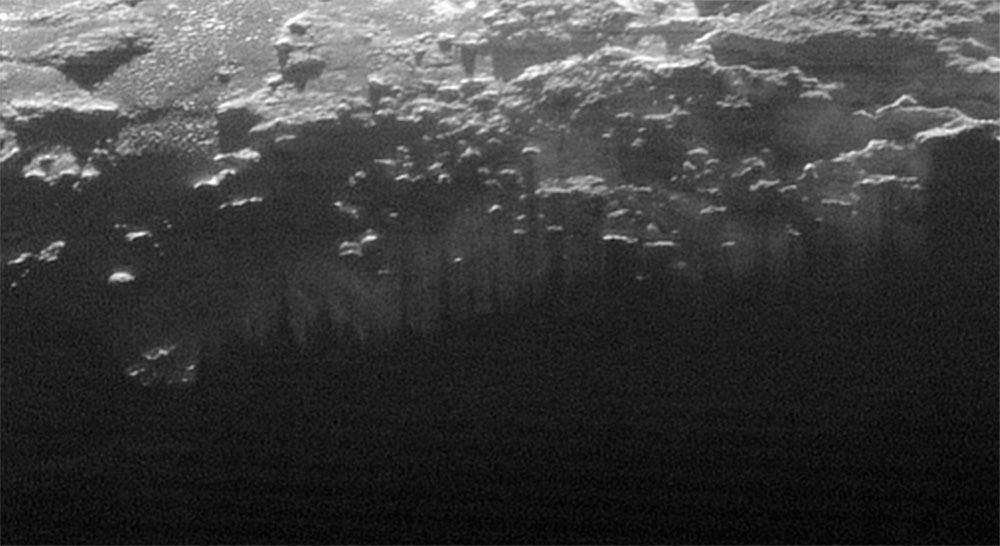 The sunset reveals a fog blanketing Pluto. This image, taken by New Horizons this July, was taken from a distance of 11,000 miles, and the width covered is 110 miles.

Below, watch a July 2015 talk by the New Horizons team regarding their findings — and don't forget to check out these space facts which prove life on Earth is boring:

All images come from NASA.