How Close Are We To Bionic Skin?

Bionic skin is becoming less of a sci-fi feature and more of a reality. But just how far do we have to go? 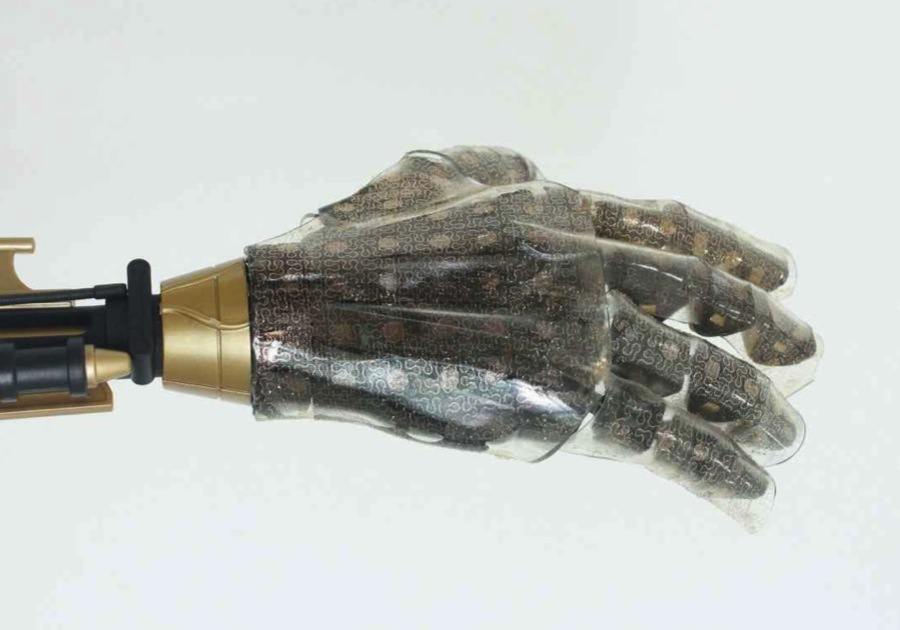 The history of replacing human skin with something else has been pretty weird from the start. The oldest recorded evidence of medical skin grafts is found in the Egyptian Papyrus of Ebers, which dates back to roughly 1,550 BCE. It describes grafting frog skin over a human wound. Since then, humanity has experimented with porcine skin grafts (‘porcine’ sounds so much loftier than ‘pig’ or ‘swine’, doesn’t it?), artificial skin made of spider silk, and skin grafts from amnion, the thin organic layer around babies in the womb that can be collected with the placenta after birth.

The future, though, could get even weirder. In 2014, a team of scientists from Seoul, South Korea, and Cambridge, Massachusetts, made an important breakthrough in the field of synthetic skin. In a paper titled “Stretchable silicon nanoribbon electronics for skin prosthesis” published in December, the team described their work. Their synthetic skin takes the form of thin, rubbery sheets that have a golden latticework of electronic sensors built in. The sensors can measure temperature, pressure, and even moisture.

The goal of the project, led from Seoul by Dr. Dae-Hyeong Kim, is to create a “skin” for artificial limbs so that they can fire detailed signals back to the brain. Currently, an amputee using a prosthetic hand, for example, has the ability to control the movement of fingers and wrist using muscle twitching, but even the most advanced prosthetics can only send back limited information to the nervous system.

This is a problem scientists are getting closer to solving. Last year, for instance, the Food and Drug Administration approved the so-called Luke Arm designed by the Department of Defense for public sale. Nicknamed after the Star Wars jedi, the Luke Arm has sensors that transmit pressure back to the nervous system allowing the wearer to pick up fragile items such as eggs or grapes as well as handle power tools.

In 2013, researchers at Cleveland Veterans Affairs Medical Center and Case Western Reserve University built a prosthetic hand with twenty sensitive points that relayed information to local nerve clusters. The sensations, though, varied depending on the hand’s settings and could range from the feeling of touching cotton, to sandpaper, to ball bearings. 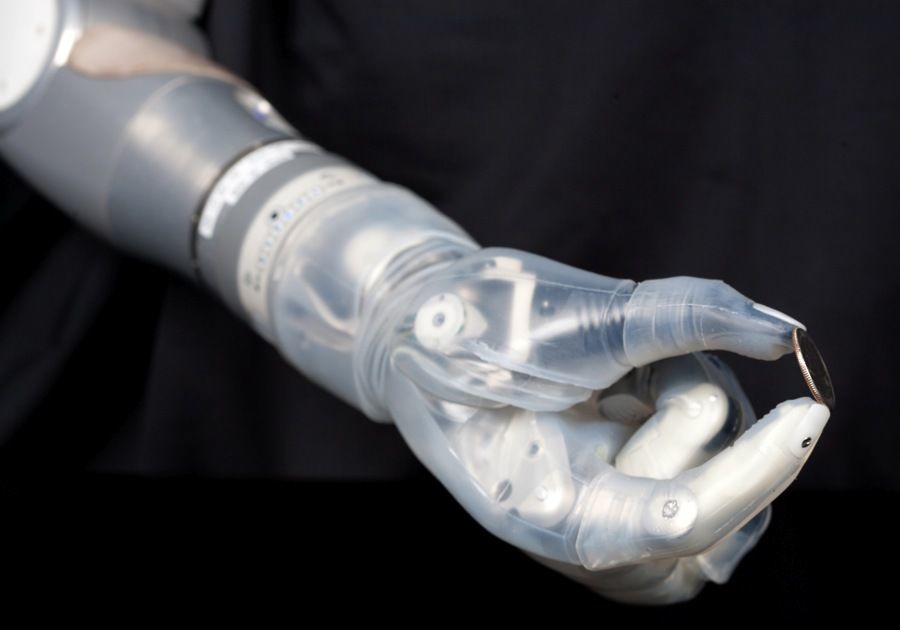 Last year, the FDA approved the so-called Luke Arm, developed by the Department of Defense, for sale to the public. Source: DARPA

The hope is that the synthetic skin pioneered by Dr. Kim and his team could be integrated with these kinds of advances to create bionic skin that approaches the sensitivity of the skin we’re born with. But that moment may be years off. The Seoul-Cambridge team has successfully linked their skin to the nervous system of a living rat, but it is unclear if the signals sent into the rodent’s brain mimicked those of its natural skin or not. The team plan to move on to tests with larger mammals and eventually to human trials.

Eventually the field of bionic skin and smart prosthetics will intersect with the “wearable” tech trend. From wristband health monitors to smartwatches to athletic shirts that track heart rate and respiration, “wearables” are on their way to becoming ubiquitous, as the “quantified self” movement becomes more and more a part of mainstream culture.

Imagine, though, an inflection point when this same kind of technology is embedded within highly advanced artificial skin stretched over prosthetic limbs. If you think “wearables” like GoogleGlass and the iWatch are getting out of control, just wait for GoogleSkin.